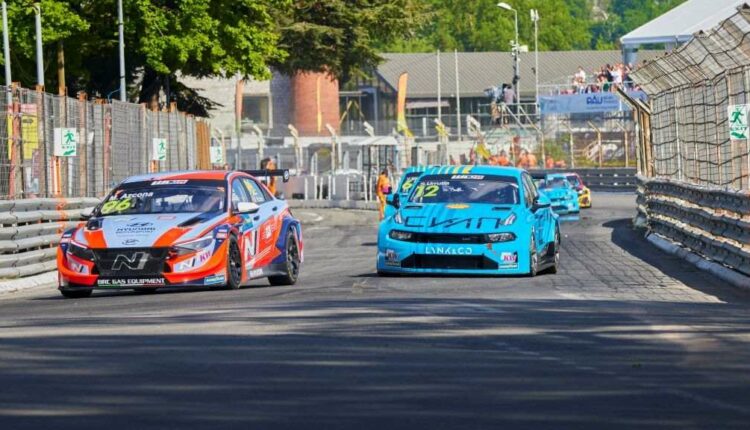 The duo is currently sharing fourth place in the drivers’ standings as the best placed Lynk & Co Cyan Racing drivers.

“I’m very happy to start the season with a podium, a big thanks to the team, they gave me a great car today and have worked really hard. We’ve scored good points in total and I can’t wait for the next race,” said Santiago Urrutia.

“A really good start to the season and we have worked really hard to achieve this. This is my first race with Lynk & Co Cyan Racing and to be on the podium feels fantastic. I’d like to say a big thanks to everyone in the team,” said Ma Qing Hua.

Yvan Muller made the most of his strong grid position in the first race to finish third, currently placed sixth overall – a single point behind his Lynk & Co colleagues.

“I’m really pleased to start the season with a podium, especially at Pau-Ville which is really challenging. The second race was okay and we have scored consistent points which is the important thing,” said Yvan Muller.

Reigning champion Yann Ehrlacher had a mixed weekend, fighting his way from sixth to fourth in the first race while he was forced to pit for a puncture in the second race – dropping to 15th.

“It was really nice to see the stands full of spectators, especially here at my home race. I had cool first race, I got a good start and was able to gain places. The second race was one to forget with the puncture while being in a podium position. We are going to be back, that’s for sure,” said Yann Ehrlacher.

Thed Björk had a tough weekend, retiring from the first race due to damage sustained during his crash in qualifying. The second race saw the Swede bouncing back to finish ninth from 12th on the grid.

“I managed to salvage some points from a tough weekend. A massive thanks to the team who got my car back together after the crash yesterday. And I’m really happy to see Yvan, Santi and Ma on the podium, making for a strong weekend overall for the team,” said Thed Björk.

Next up is Germany and the legendary Nürburgring Nordschleife on May 26-28.

Unexpected Things That Every Auto Mechanic Should Have