The FIA World Endurance GTE Championship leaders Aston Martin Racing secured a dramatic runner-up spot in the GTE class of the first-ever Le Mans 24 Virtual, the spectacular official online simulation of the event of the world’s most famous endurance race. 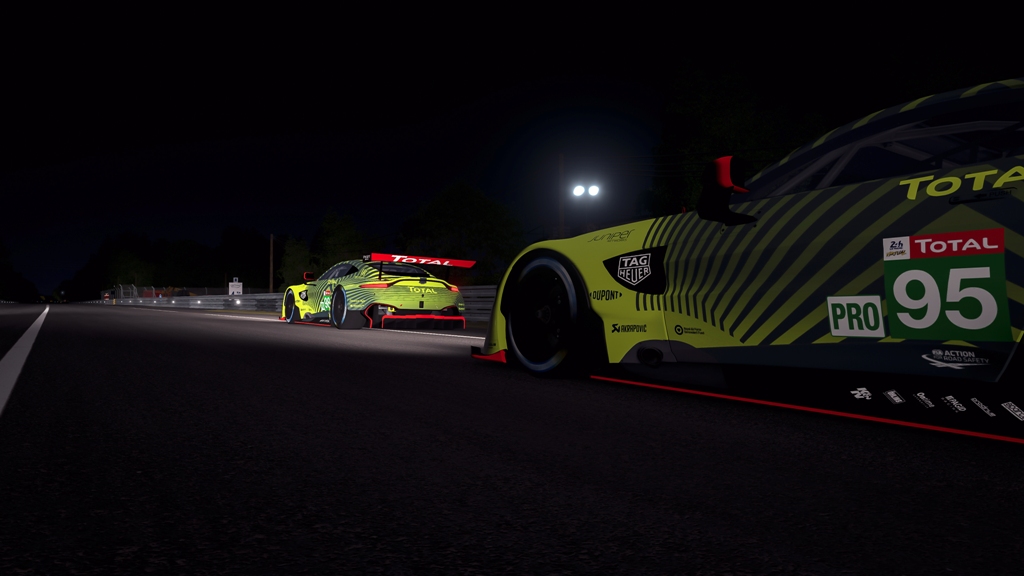 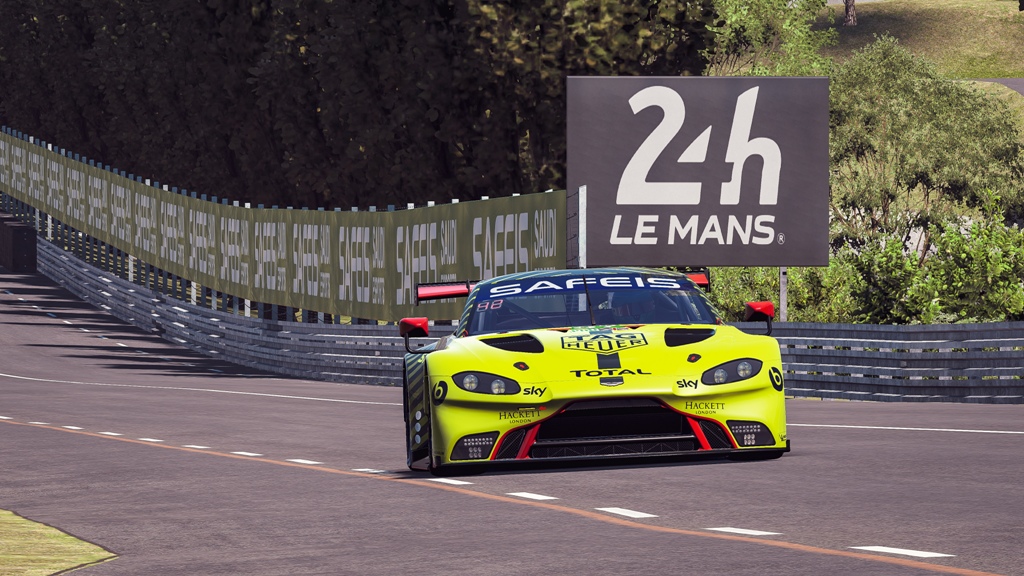 Thiim made a fantastic start with a triple stint that ensured the car was in the hunt from the off—staying on the lead lap for much of the race thanks to steady assignments by Westbrook and Biancolilla. Sørensen – the brother of Thiim’s team-mate Marco – fittingly took the chequered flag having produced a scintillating triple-stint through the night and ensured the #95 was in a position to capitalise as others fell by the wayside. 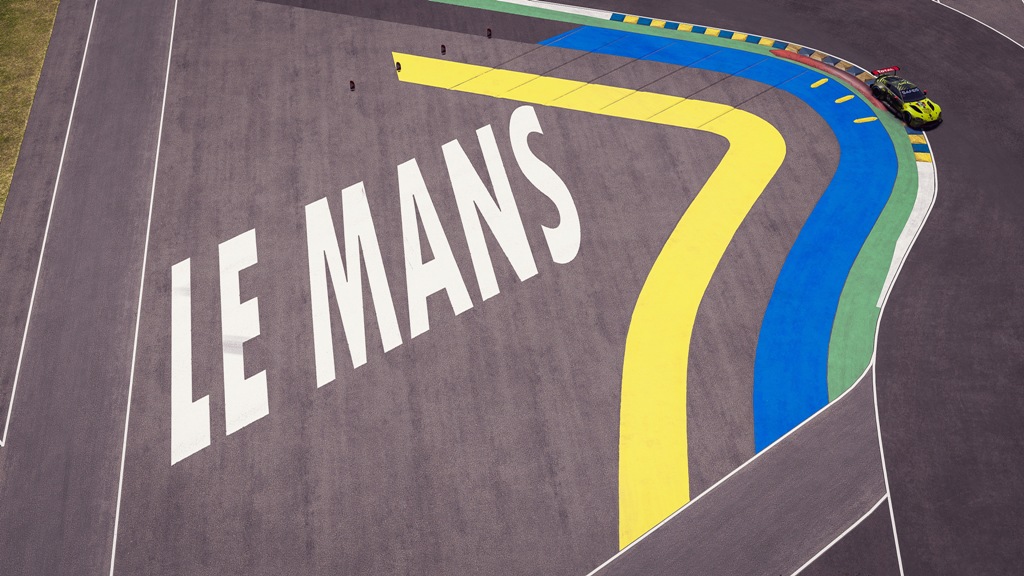 Their team-mates Darren Turner (GB), Ross Gunn (GB), Jonny Adam (GB) and Tiziano Brioni (I) celebrated a top ten finish after a strong fightback in the #98 car following server issues in the early stages. The #97 car, driven by Alex Lynn (GB), Harry Tincknell (GB), Charlie Eastwood (GB) and Tiziano Brioni (I) also showed steady pace after a crash in the opening laps set them back. They would eventually finish 14th in class.

The event was organised by the ACO, FIA WEC and their partners Motorsport Games to entertain the sport’s loyal fans while the real contest is postponed until 19-20 September, as the world continues to contain the spread of the coronavirus. It featured 50 entries in two classes – LMP2 and GTE – with a mixture of the real world and sim racing superstars. Each entry featured at least two FIA-licensed drivers, with four drivers-per-car. The race, run on the rFactor two platform included driver changes and damage to the cars which could be repaired during the pit stops. 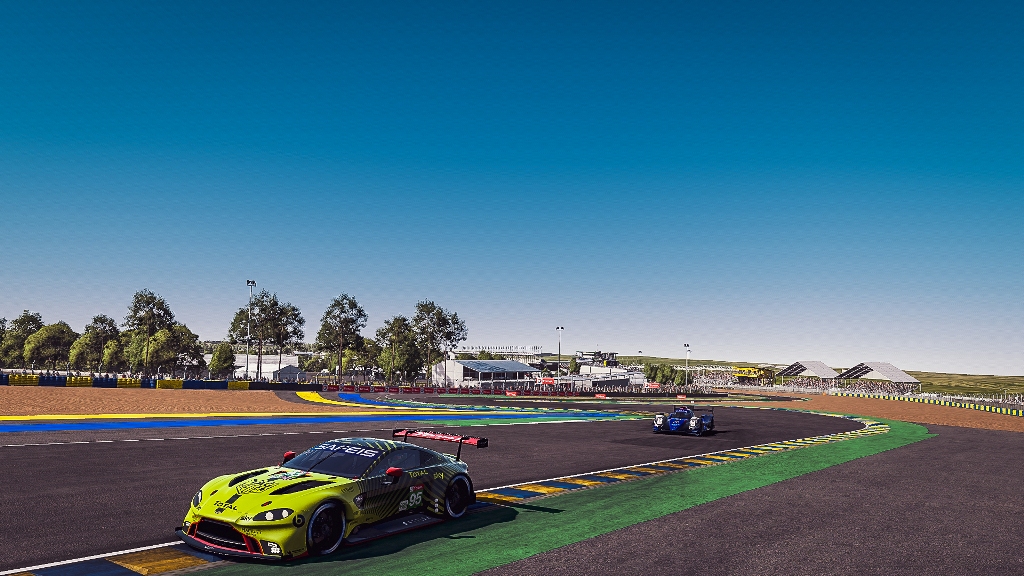 “What a fantastic experience that was,” said Sørensen. “It was a tough race, but in the end, it came to us, and my job was to stay calm and bring the car to the finish.”

Thiim added: “This is an awesome achievement for the team. We are still new to professional sim racing, but everyone worked incredibly hard. Lasse was super-fast all through the weekend, and Manuel was a fantastic addition to the team. Now it’s time to look forward to the real thing in September when myself, Richard and Marco will aim to give the Vantage GTE the whole year with a win at Le Mans for real.” 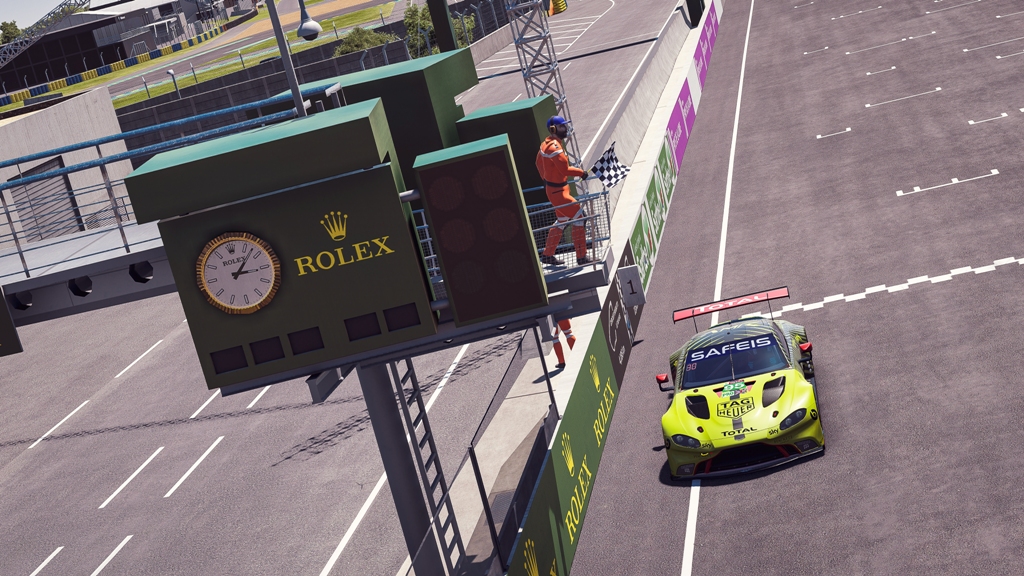 Aston Martin Racing President David King said: “This was a great result for the team, who applied their usual impeccable standards of preparation and strategic nous to such a new programme. Second place is a just reward for their efforts. Congratulations to everyone involved in the event, which was a huge success in the face of a huge technical challenge. A great achievement. I would just like to add a special mention to our sim-racing pros who really helped the team come up to speed quickly and bonded well with our ever-professional racing crew. Now it’s time to start focussing on chasing the WEC and 24 Hours of Le Mans titles again.”