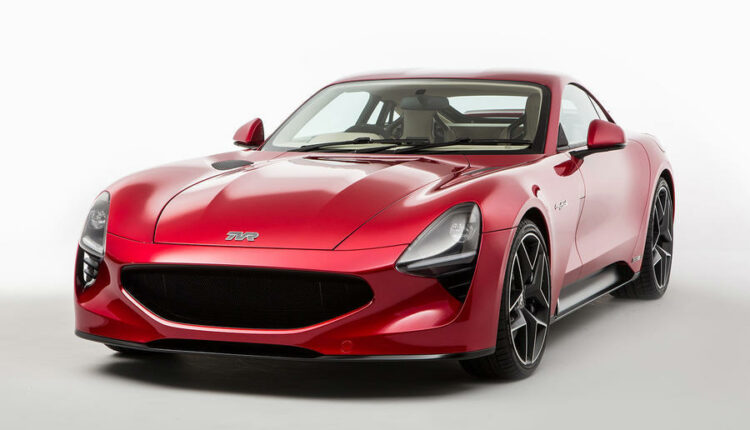 The Ebbw Value-based company, which is behind the reinvention of TVR and unveiled its debut model, the Ford V8-powered Griffith, in 2017, will sponsor the E-Prix in Monaco on 30 April and the two E-Prix races in London on 30 and 31 July.

The partnership with the racing series “marks a turning point in the strategic direction of the iconic British high-performance sports car manufacturer as it pushes ahead with plans to electrify the brand,” the company said.

The company’s chief executive Les Edgar said the sponsorship “demonstrates our commitment to revolutionising the TVR brand and electric mobility and becoming a sustainable company with a net-zero footprint”.

He confirmed that the company is moving forward with plans to launch electric cars following the delayed launch of the internal combustion engine Griffith and confirmation of an all-electric Griffith variant for 2024.

The announcement follows the recent formation of a joint venture between TVR and South American lithium mining company Ensorcia Metals, which will fund the Griffith production and provide battery supplies for future electrified TVR models.

Details of these future models are not yet known, but TVR will move into its new plant near Cardiff in the coming months, where the cars will be made using the ‘i-Stream’ lean manufacturing process developed by designer Gordon Murray.

It is expected to take around 18 months to set up the building, but TVR said it would start producing cars in the meantime.

Commenting on TVR’s new partnership with Formula E, Matt Scammell, Chief Commercial Officer of Formula E, said: “TVR, an iconic manufacturer of high-performance sports cars, is a significant milestone and in line with Formula E’s vision of an electric future.

“TVR is a beloved brand, and we look forward to working with them in Monaco and London to showcase their plans for electrification.

It has yet to be confirmed whether TVR will reveal further details of its electrification plans – or even unveil new models – at the races. Autos Community has asked the company for more information.

LEVC Announces Major Milestone with the Sale of Its 5,000th Electric Taxi in London