Many of the UK’s most talented craftspeople and engineers put the finishing touches to the first in a new but very familiar series of Aston Martin sports cars, as the primary customer car in the DB5 Goldfinger Continuation programme left the production line last week. 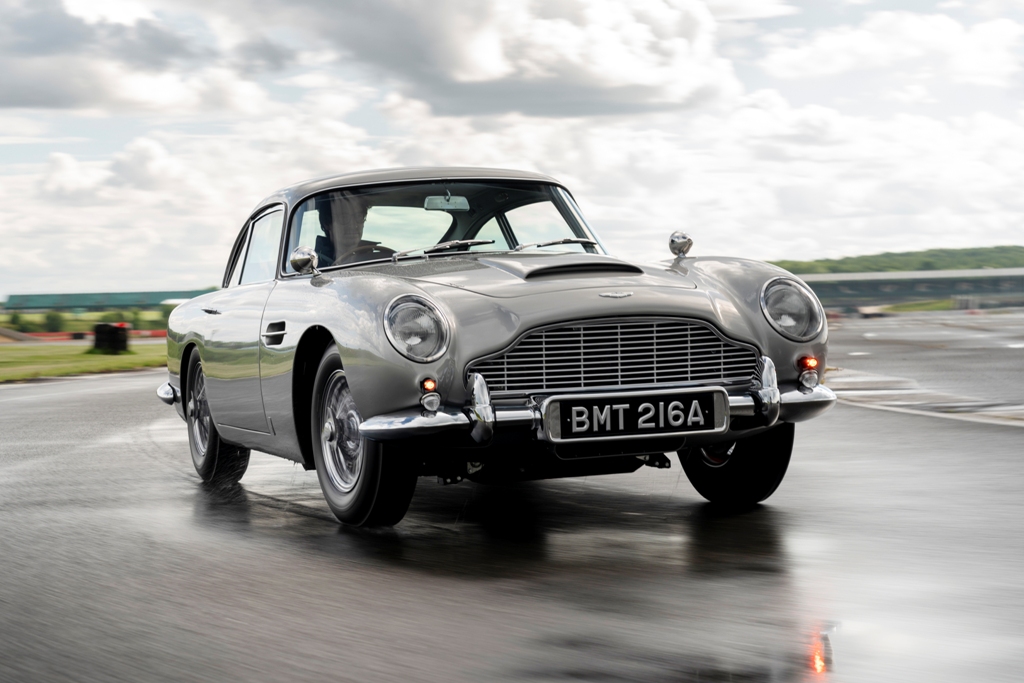 The ‘Job 1’ DB5 represents not only another significant design and engineering success but also becomes the first new DB5 Goldfinger to be built by Aston Martin in more than half a century as the British luxury sports car maker’s Continuation programme once again makes history.

Dubbed ‘the most famous car in the world’ and renowned as being among the most desirable and sought-after classic Aston Martin models, the DB5 has become a byword for timeless style and sports car desirability. Fewer than 900 saloon examples were built between 1963 and 1965, with by far the most famous of the original owners being the world’s best-known secret agent – James Bond – who first drove the car that is today inextricably linked with him in the 1964 film, DB5 Goldfinger. 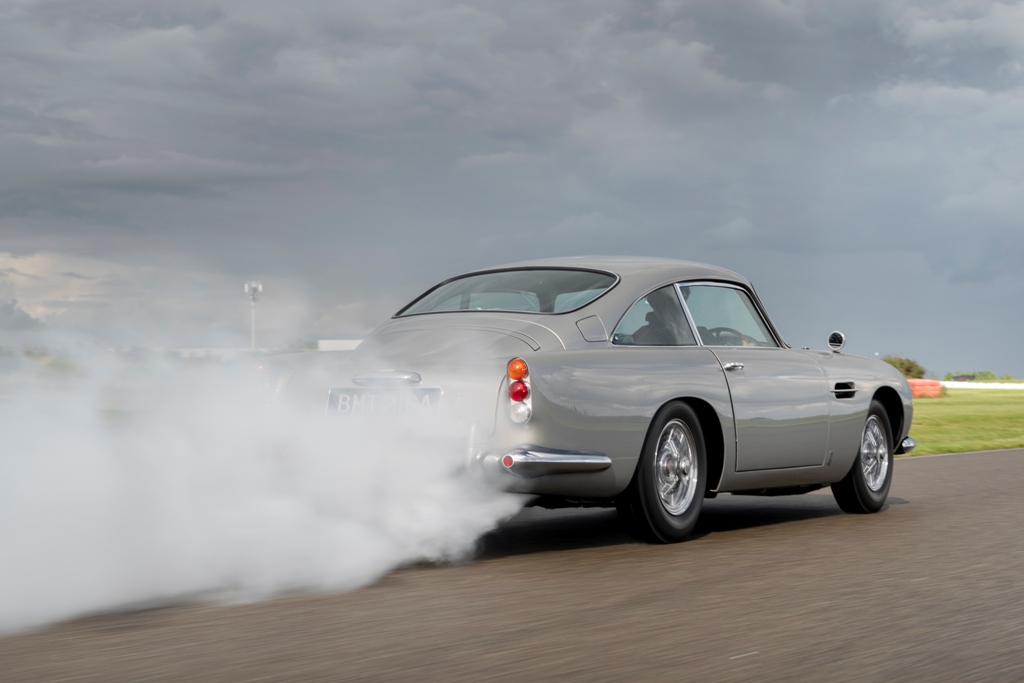 Now, 55 years after the last new DB5 Goldfinger rolled elegantly off the production line at Aston Martin’s then global manufacturing base in Newport Pagnell, Buckinghamshire, work is ongoing there on a strictly limited number of new DB5 models.

Created in association with Bond filmmaker EON Productions, and featuring a broad suite of working gadgets first seen in the film, the Aston Martin DB5 Goldfinger Continuation cars are history in the making.

Aside from being hugely significant as new DB5’s, the cars being built this year are also remarkable in so much as they feature working gadgets similar to those previously only seen on vehicles used for filming or promotion of the James Bond films. The new cars include an array of functioning devices created by Bond film special effects supervisor Chris Corbould OBE. 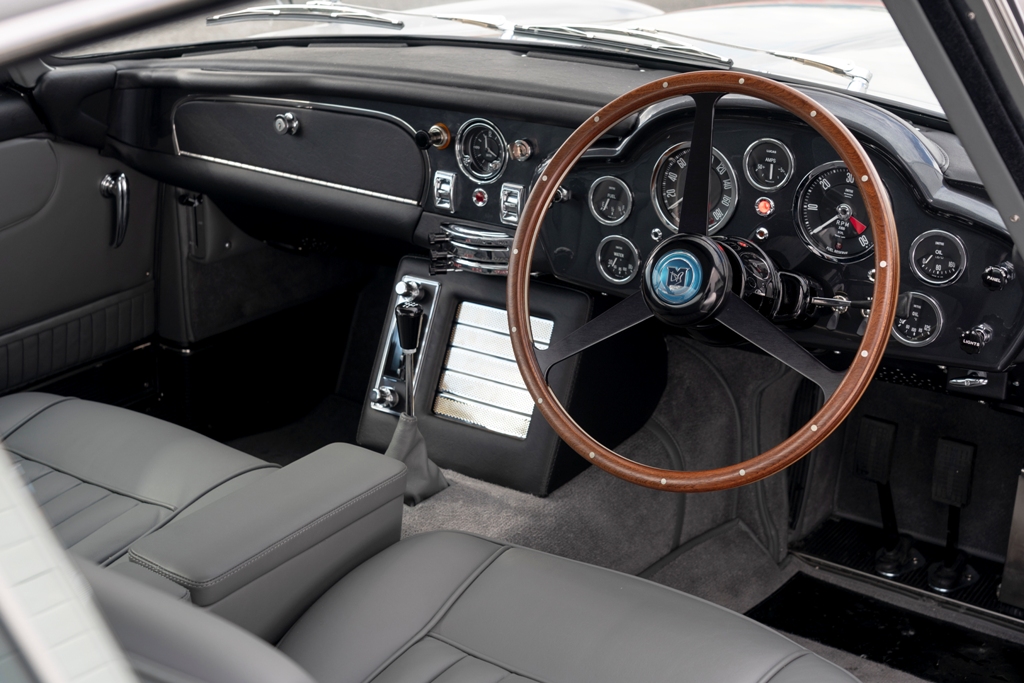 Each of the 25 new cars is meticulously detailed authentic reproductions of the DB5 seen on screen, with some sympathetic modifications and enhancements to ensure the highest levels of build quality and reliability. All the DB5 Goldfinger edition cars are being built to one exterior colour specification – Silver Birch paint – just like the original. 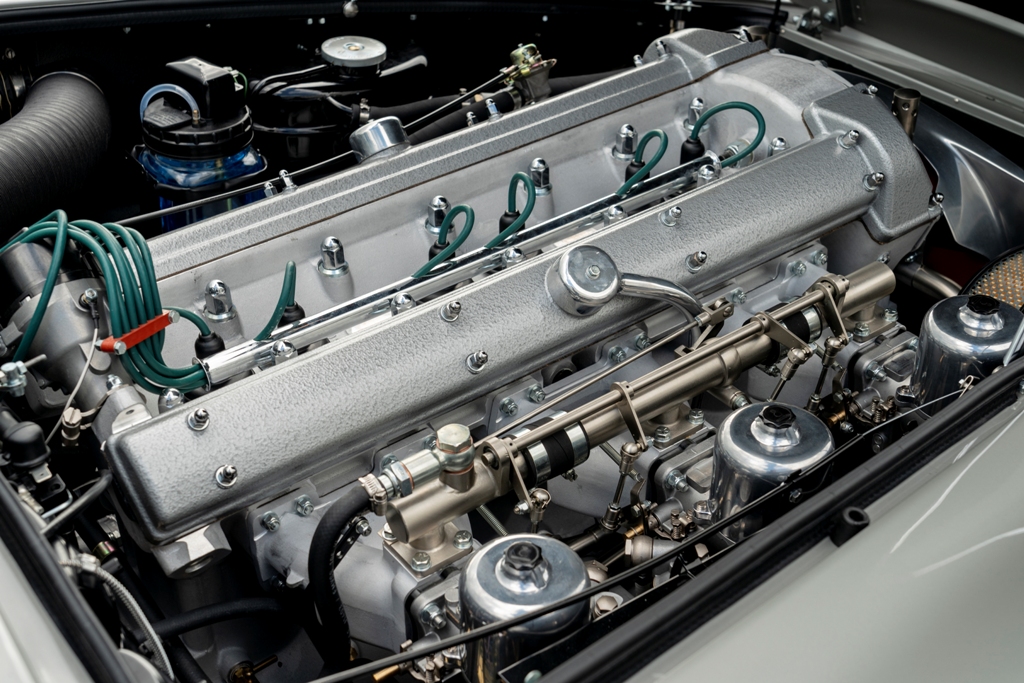 Servo-assisted hydraulic Girling-type steel disc brakes, rack and pinion steering – which does not feature assistance – and a suspension set-up comprising coil-over spring and damper units with anti-roll bar at the front, and a live axle rear suspension with radius arms and Watt’s linkage, complete the dynamic package.

Scores of world-class Aston Martin craftsmen and women, technicians, development engineers and designers have been involved in the project, working carefully with a suite of handpicked suppliers from across the world and ensuring that each new DB5 matches not only the aspirations of its owner but also the duty to the brand’s proud 107-year heritage. 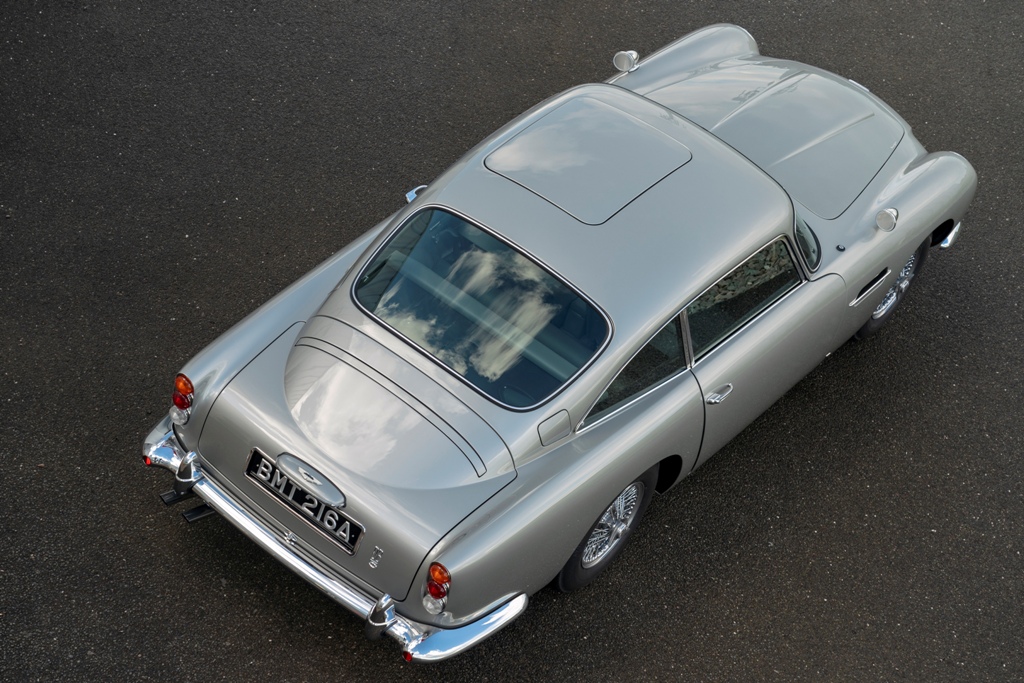 Marek Reichman, Chief Creative Officer of Aston Martin Lagonda, said: “The DB5 is, without question, the most famous car in the world under its 50-plus year association with James Bond. To see, the first customer car finished, and realise that this is the first new DB5 we have built-in more than half a century, really is quite a moment.

“It is a genuine privilege, and significant responsibility, to have been involved in the shaping of this new DB5 and to be helping to lead the creation of new versions of this automotive icon. I’m certain that the 25 lucky owners who are beginning to take delivery of these cars will be thrilled with them.” 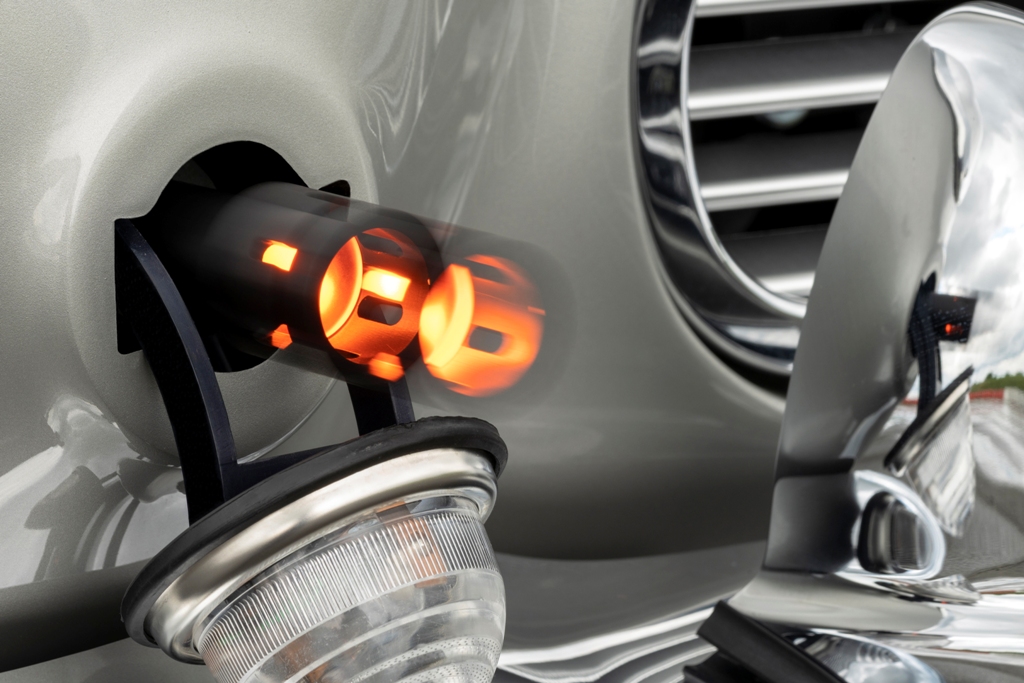 First deliveries of the DB5 Goldfinger Continuation to customers have commenced and will continue through the second half of 2020.