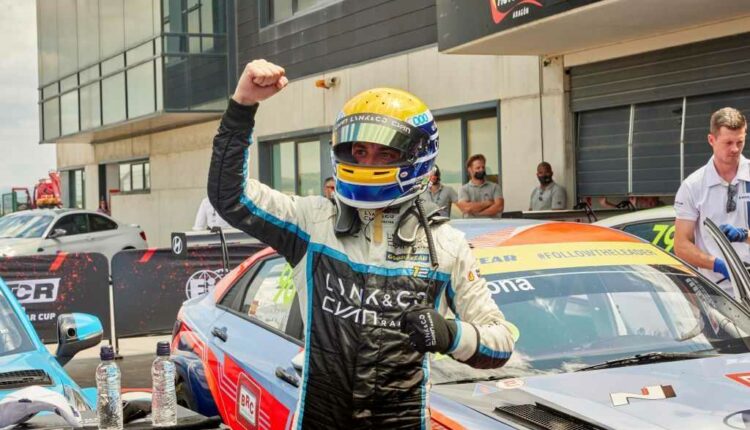 “I’m really happy to score a podium after the struggles we have against Audi and Hyundai at the moment, a big thanks to the team. We have fought really hard during this weekend under difficult circumstances and we can’t relax. It’s going to be a very tough season moving forward,” said Santiago Urrutia.

Reigning champion Yann Ehrlacher was right in the thick of the action, receiving several hits at the start of the first race, where he dropped from third on the grid to finish fourth, followed by fifth in the second race.

“We didn’t get the points we aimed for and it was difficult to fight our competitors on this track. I was pushed by several drivers in the first race, but that’s how it is. The second race was okay even though our pace is not that competitive. We need to sort this out as it will be tough in the coming races,” said Yann Ehrlacher, who is placed fifth, one point behind Santiago Urrutia.

Yvan Muller fought hard to finish seventh in both races.

“We did our best, but it was impossible to follow the Audis and Hyundais on the straights. It was tough races with cars everywhere, but we scored some points. Let’s see next weekend in Portugal, we need to keep fighting hard,” said Yvan Muller.

Ma Qing Hua started from the reversed grid pole position in the second race but dropped back to finish sixth.

“It wasn’t really a good second race for me. I had a good start and got the lead, but unfortunately with the current speed difference, I knew I had a small chance of winning the race. Instead, I focussed on maximising the team championship points,” said Ma Qing Hua.

Thed Björk suffered a broken power steering during qualifying and started further back for both of the races. The Swede fought his way to finish ninth in the first race as his best result.

“The races were so hot and we struggled to fight, lacking the speed to fight higher up. It’s been a tough weekend, but we’ll just keep our heads down and keep working for the next race which is just around the corner,” said Thed Björk.

The hectic schedule continues as the team heads straight from Spain to Portugal and the iconic Vila Real street race next weekend on July 2-3.