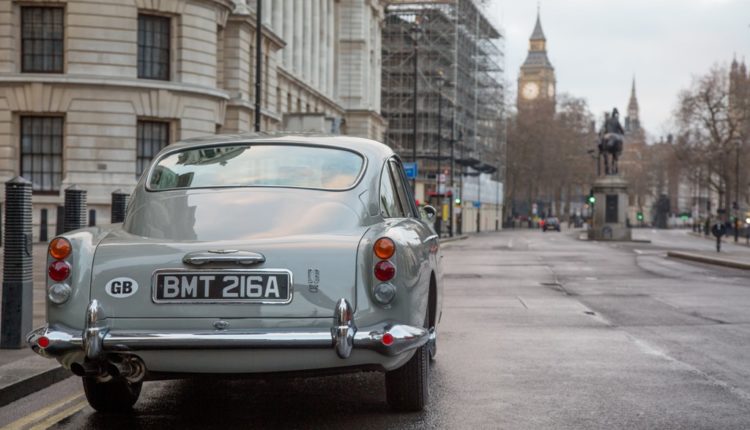 For the first time in almost 55 years Aston Martin is once again building one of the most iconic sports cars in the world as engineering development continues on the forthcoming Goldfinger DB5 continuation cars.

Aston Martin and EON Productions, the company that produces the James Bond films, are working on the 25 new cars that – aside from being remarkable as new-build DB5’s – will also feature an exciting array of working gadgets first seen on screen in the classic James Bond adventure Goldfinger.

Built at Aston Martin Works in Newport Pagnell, Buckinghamshire – the historic home of the brand for more than half a century and the place where all 898 original DB5 sports cars were manufactured between 1963 and 1965 – the 25 continuation models* will include an array of functioning devices created by Bond film special effects genius Chris Corbould OBE. 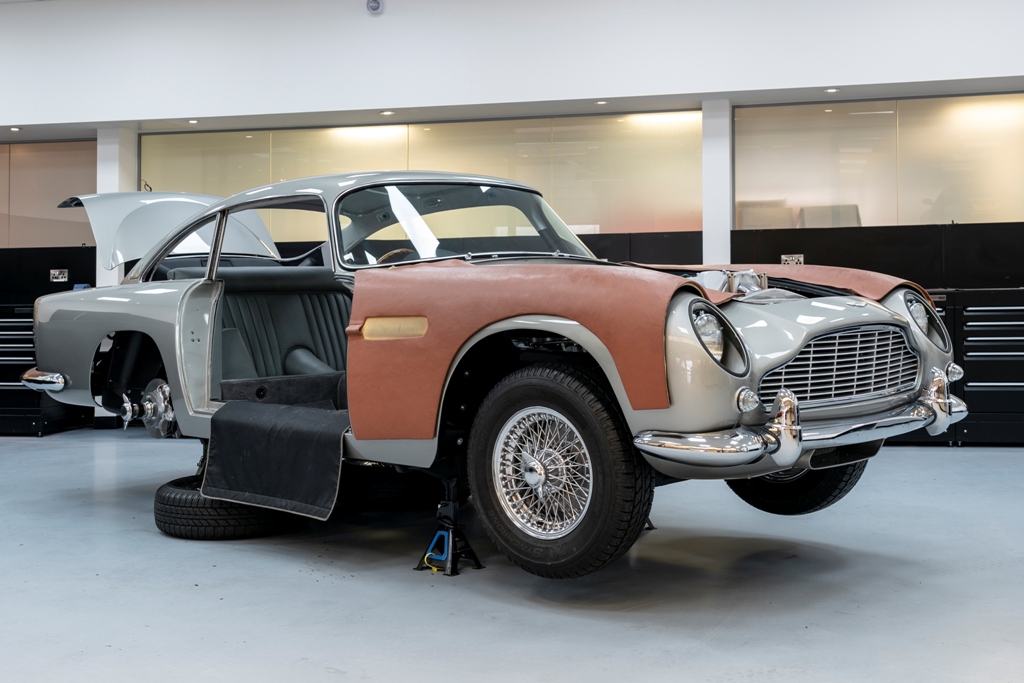 As development works continues, and the first engineering car takes shape at Aston Martin Works’ historic buildings, Chris and his team are working through the testing challenges of bringing legendary cinema scenes into the real world.

Chris explained: “The main challenge has been to recreate the gadgets from the film world and transfer them into a consumer product.

“We have licence in the film world to ‘cheat’ different aspects under controlled conditions. For instance, we might have four different cars to accommodate four different gadgets. We obviously don’t have that luxury on these DB5’s as all the gadgets have to work in the same car all the time.”

The DB5 featured in the Goldfinger film included all manner of ‘non-standard’ equipment supplied by Q Branch, from battering rams that emerged out of the front bumper to a retractable bullet-proof rear screen and oil slick delivery system. 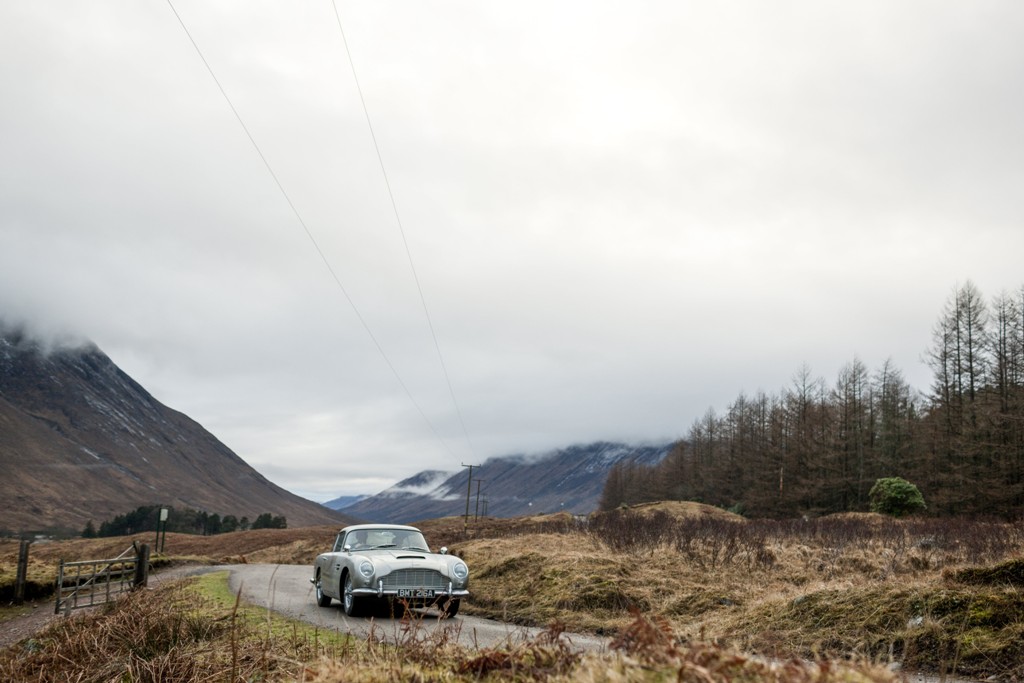 The 25 Goldfinger DB5 continuation cars are set to feature a similar array of ‘extras’ – all standard-fitment on the new cars, of course – which Chris Corbould’s team are perfecting.

Subject to final engineering approval, the list of Bond-inspired gadgets will include these features familiar to viewers of the classic 1964 big screen hit. 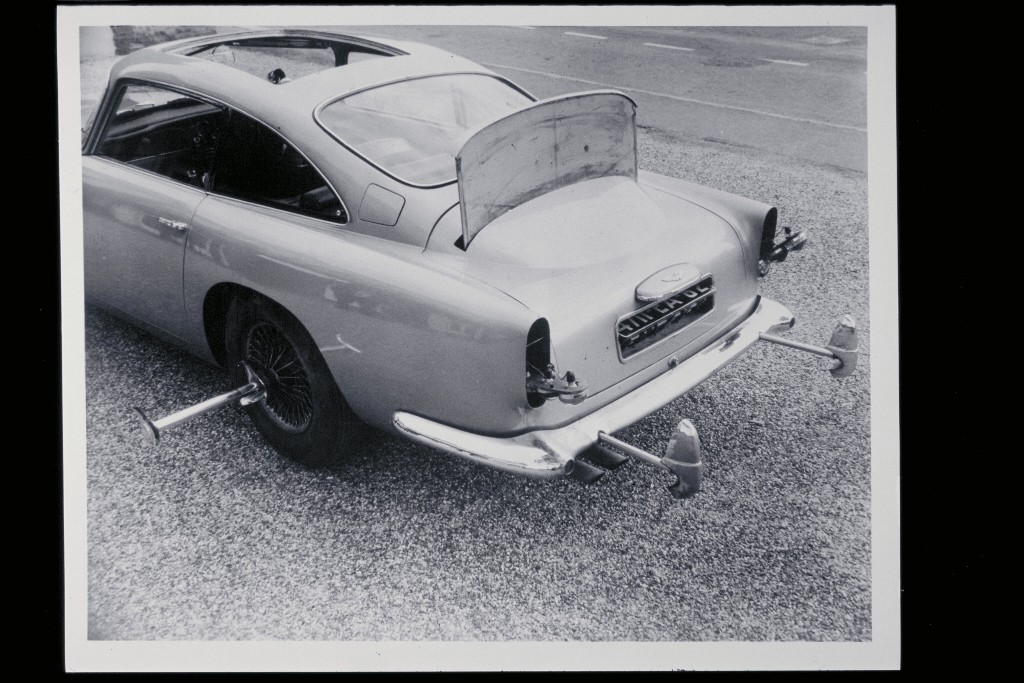 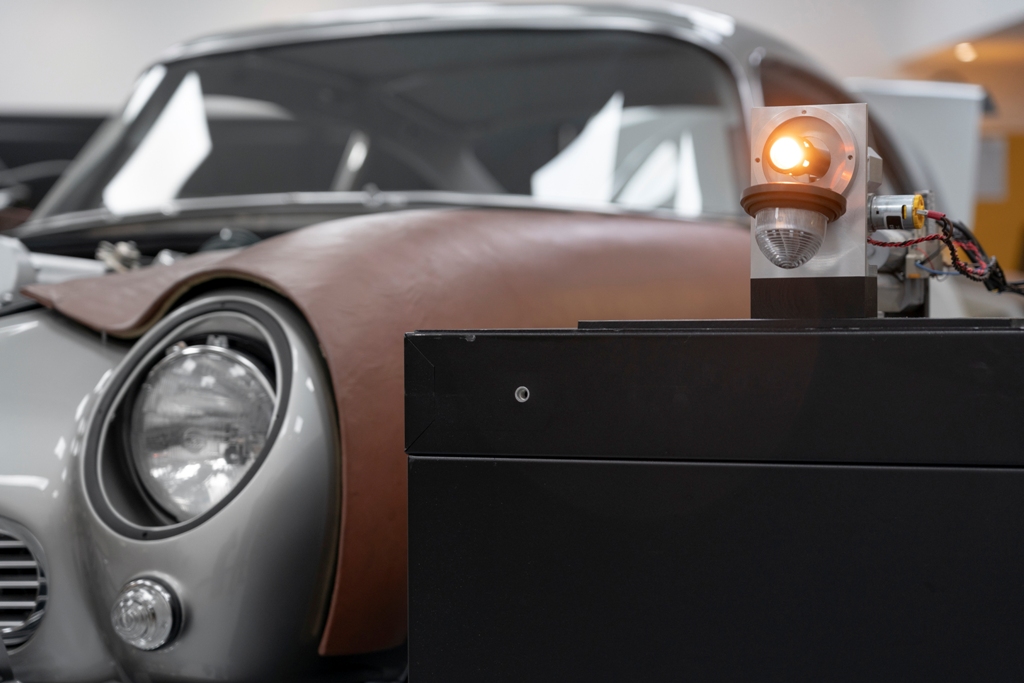 All the new cars will be authentic reproductions of the DB5 seen on screen, with some sympathetic modifications to ensure the highest levels of build quality and reliability. Similarly, all the Goldfinger edition cars will be produced to one exterior colour specification – Silver Birch paint – just like the original.

Chris explained: “My involvement has chiefly been with the front guns, smoke screen and oil slick gadgets, with Aston Martin engineers producing the other items.

“The guns appearing from the front lights were a particular challenge as, in the film world, we are able to use flammable gas mixtures combined with an ignition system to produce a flame and noise effect. Clearly this is not practical in untrained hands, so we have devised a new system to achieve a realistic effect.”

Each Goldfinger DB5 continuation car will be priced at £2.75m plus taxes. First deliveries to customers will commence in 2020.

Paul Spires, President of Aston Martin Works, said: “As work progresses on these remarkable cars, it’s both exciting and a little sobering to think that we are truly making history here. Creating 25 Goldfinger DB5 continuations and working with EON Productions and special effects supervisor, Chris Corbould, is something truly unique and a real career highlight for everyone involved here at Aston Martin Works.” 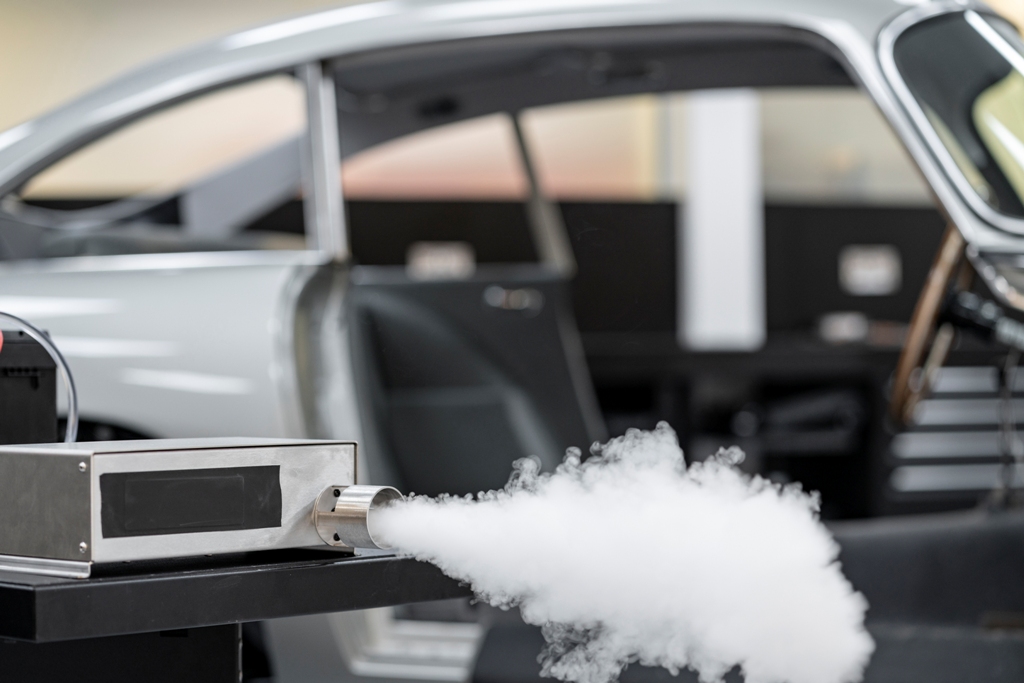 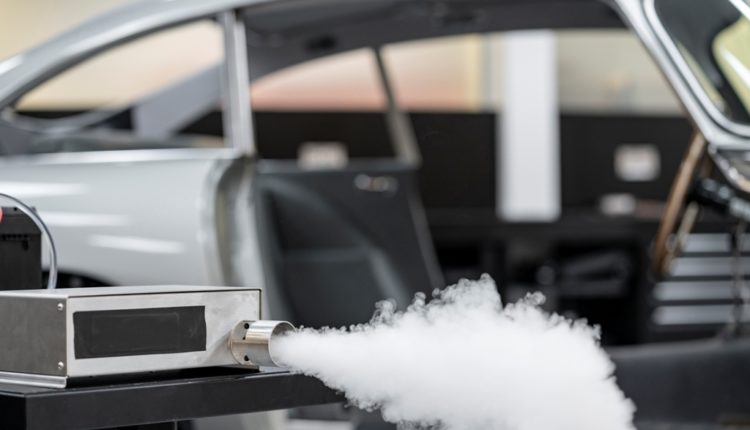 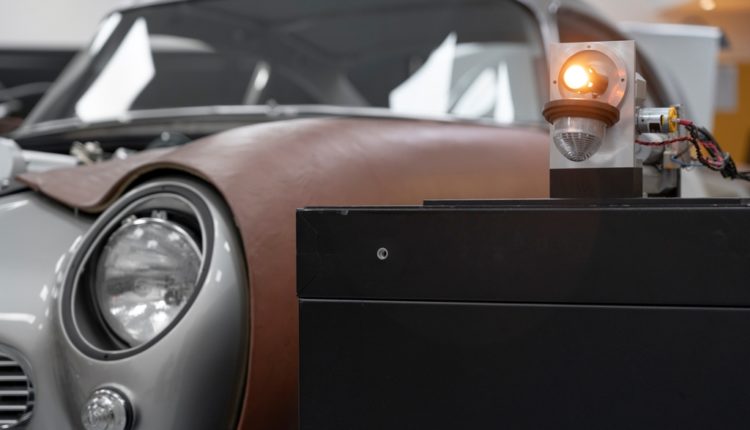 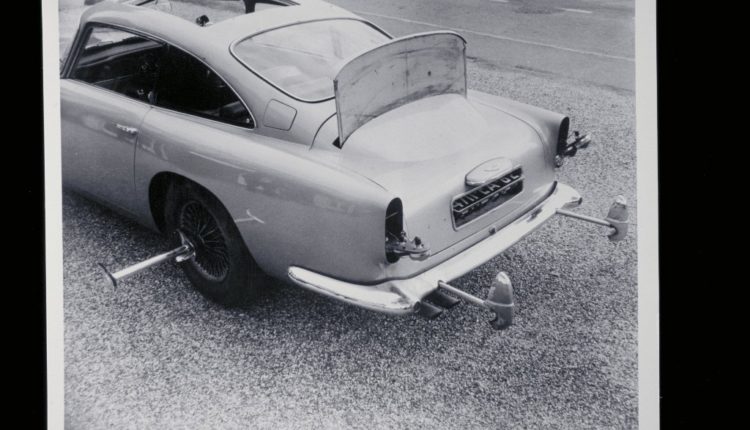 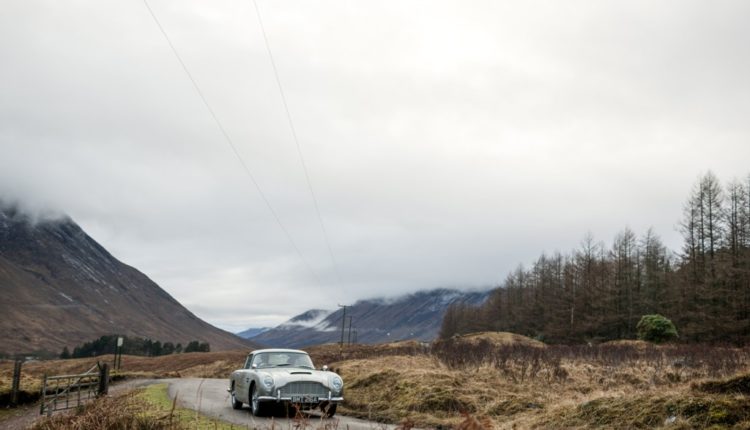 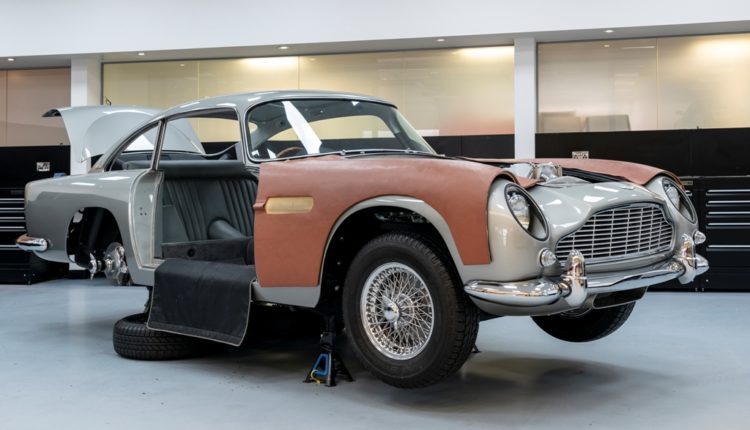