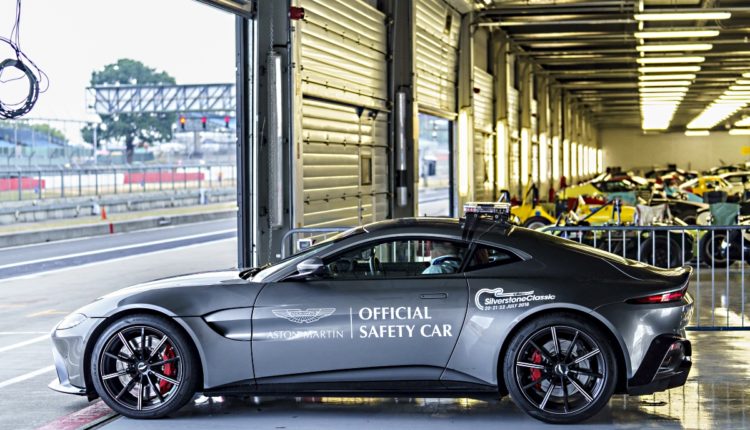 In the first of several major new initiatives, Aston Martin has joined forces with Masters Historic Racing – one of the world’s leading historical race event organisers and promoters – to become its official automotive partner. The partnership places Aston Martin and its customers at the heart of the action, through some core activities.

The most visible of these is the supply of Aston Martin road cars as Official Pace cars and Course cars for Masters Historic Racing. For 2019 this will see Aston Martin’s driver-focused sports car – the Vantage – head each of the grids at selected MHR race weekends, leading the field around the track at speed before releasing the vehicles for the rolling start. Course car duties will be performed by a Rapide AMR, giving further exposure to the brand.

Aston Martin is also title partner of the Aston Martin Masters Endurance Legends Series. Run for racing cars from the more recent past, AMMEL is the premier series for modern historical Le Mans and ALMS prototypes and GT cars from 1995-2012. As this period encompasses Aston Martin Racing’s victories in the GT1 class with the DBR9, plus the many other successes in the LMP1, GT2 and GTE categories, the AMMEL series regularly features Aston Martin competition cars amongst the various and colourful grids. Indeed, one of the fabulous ex-works Gulf-liveried Aston Martin DBR1-2 LMP1 cars was a regular outright winner during the 2018 season and is a firm crowd favourite.

With large grids, free track time and exciting double-header race weekends, the AMMEL race format allows for one or two drivers with a mandatory pit stop and a race duration of a minimum 30min and maximum 45min. Frequently afforded top billing, AMMEL treats spectators and fans to an evocative taste of top-level endurance racing featuring many of their favourite modern classic machines.

Building upon the tremendous success enjoyed by the triennial Aston Martin Racing Le Mans Festival events held as a support race for the Le Mans 24 Hours in 2012, 2015 and 2018, the Festival concept has been developed into an annual AMHR Festival Series.

Driven by the desire to create a ‘home’ in which owners of eligible modern era competition and special series Aston Martins can race regularly, the AMHR Festival Series will comprise two race events in 2019, expanding to three race weekends per-season in 2020 and 2021.

A celebration of Aston Martin’s 21st-century competition success, The AMHR Festival Series is conceived to encompass the majority of Aston Martin Racing’s back catalogue. All GT1, GT2, GT3, GT4 and GTE cars are eligible, except for the Lola-Aston LMP1 prototypes and the latest generation Vantage GTE, GT3 and GT4 cars. There is also an invitation class for special series cars such as the Aston Martin Vulcan, and for other unusual Aston Martin race cars, such as the Vantage GT8 that raced in the Nürburgring ‘N24’.

Open to one or two drivers per-car, the Festival race format will remain flexible to take advantage of opportunities to run double-header races where possible and allow the series to evolve. A pit stop is mandatory, and a handicapping system will be applied to create a fair level of competition between keen amateur and elite professional and former professional racers. A strict code of respectful driving will be encouraged and enforced, with AMR factory driver and three-time Le Mans winner Darren Turner advising on series regulations and driving standards.

Run under the newly created Aston Martin Heritage Racing banner, for 2019 the AMHR Festival Series will visit the iconic Grand Prix circuits of Silverstone and Spa, with the first race at July’s Silverstone Classic – the world’s most prominent historic race meeting – and the second at the Spa Six Hours weekend in late September.

Returning to the Silverstone Classic and Spa Six Hours in 2020, with a third iconic venue to be announced later this year, in 2021 AMHR Festival competitors can look forward to three more race weekends. The Festival’s objective is to provide owners of modern classic Aston Martin competition cars with a ‘Road to Le Mans’ and the chance to fulfil the dream of racers and enthusiasts everywhere.

While racing is at its heart, the AMHR Festival Series it is not just about the on-track action. Each Festival weekend will also be a social occasion and a highlight of the AMHR year. Aston Martin will invite celebrity drivers to take part, plus a variety of current and former AMR factory drivers. Hospitality will be provided for competitors and their guests. Selected friends of Aston Martin will also be in attendance and there will be an exclusive party on the Friday or Saturday night of each festival race weekend.

Held at selected Masters Historic Racing weekends, the Aston Martin Heritage Racing Track Experience events are another new AMHR initiative for 2019. Combining attendance of a live historical race weekend and excellent hospitality with an assortment of road and track sessions in new Aston Martin road cars, a variety of weekend packages are tailored for existing and prospective Aston Martin customers as well as fans of the brand.

The first of these events is to be held March 29-31 at Paul Ricard, home of the French Grand Prix, during Masters Historic Racing’s first race weekend of the 2019 season. Located in the beautiful Provence region of southern France, guests will enjoy the unique thrill of driving their own Aston Martin or one of Aston Martin’s demonstrators in dedicated 30min sessions which intersperse the races throughout the weekend. They will also have the opportunity to take accompanied test drives on breathtaking roads and, of course, spend some relaxing downtime enjoying first class hospitality and the spectacle of Europe’s best historic racing.

Each Track Experience weekend will run to a schedule tailored to the specific event, but in addition to on-track driving sessions and all-day hospitality each will feature additional daytime activities such as hot lap rides alongside pro drivers in Aston Martin road or race cars, guided tours of the pits and paddock, karting, plus evening entertainment such as relaxed BBQs and organised wine tastings.

Ron Maydon, Founder and President of Masters Historic Racing: “It’s a tremendous endorsement of historic racing’s popularity that such a prestigious brand as Aston Martin has chosen to partner Masters Historic Racing (MHR). Few car companies have a better fit with historic racing, thanks to a thread of motorsport success tracing right back to the company’s origins more than a century ago. Much like Aston Martin, MHR likes to innovate and evolve, and so I’m especially proud that Aston Martin is title partner of the Masters Endurance Legends Series, which has pioneered the concept of modern historic racing with dazzling grids of prototype and GT racing cars that were eligible to compete at Le Mans and other top-level endurance races between 1995 and 2012. With this period encompassing some of Aston Martin Racing’s greatest 21st-century successes, it will be an absolute pleasure to see some of these iconic machines once again do battle with their period adversaries.”

Whether an existing Aston Martin customer who likes the idea of enjoying the freedom of driving their car on a race track, or a prospective or existing customer who would like to experience a new model in a test drive with a difference, the added atmosphere and excitement of being part of a historic race weekend ensures each AMHR Track Experience immerses guests in an exclusive high-octane environment that petrolheads will love, combined with a level of quality and attention to detail that provides a real taste of Aston Martin lifestyle.

*Further dates to be announced shortly

Andy Palmer, Aston Martin Lagonda President and Group CEO, said of AMHR: “The creation of Aston Martin Heritage Racing draws together our various historical motorsport activities and provides a platform from which we will continue to extend the scope of our presence in the vibrant and hugely popular international historic racing scene. Our official automotive partnership with Masters Historic Racing sees our Vantage and Rapide AMR models serving as official Safety Cars and Course Cars, while our title sponsorship of the Aston Martin Masters Endurance Legends Series supports a spectacular grid of iconic modern classic machines that once competed in some of the world’s greatest endurance races. With high profile races confirmed at this year’s Silverstone Classic in July and Spa Six Hours historic meeting in September, three race weekends in 2020 and all providing a Road to Le Mans, we can look forward to seeing the most beautiful Aston Martin competition cars of the more recent past racing on some of Europe’s best circuits.” 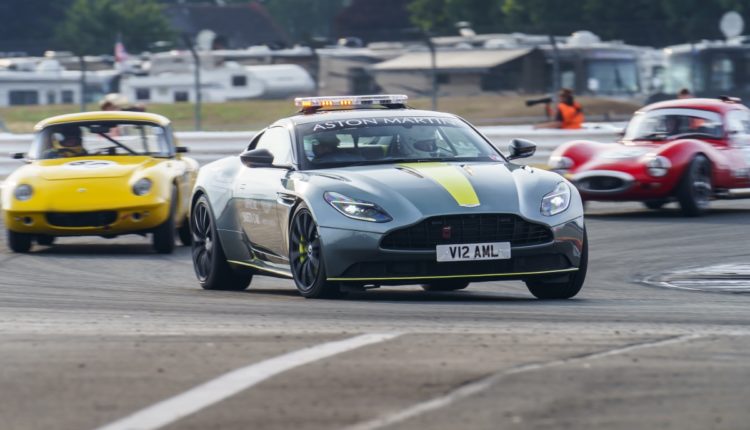 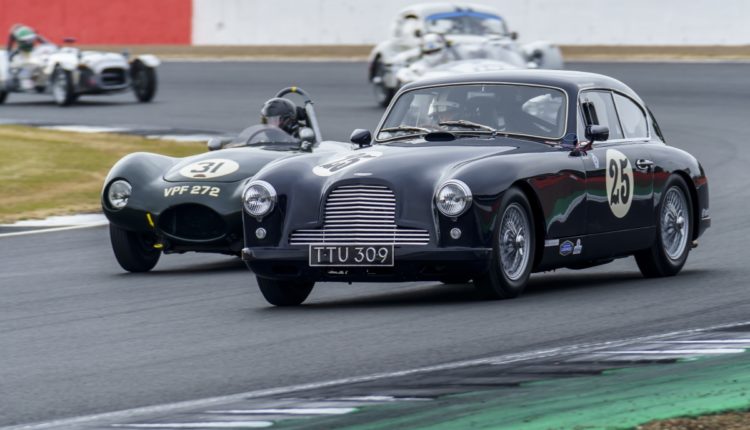 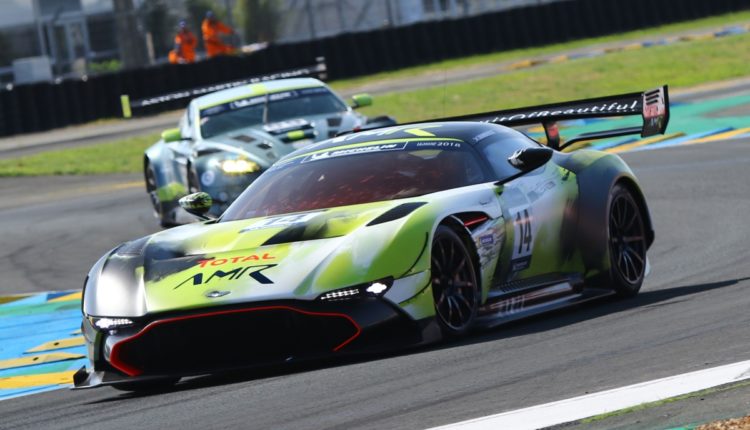 Audi AG Delivered Around 144,650 Cars to Customers Worldwide in January