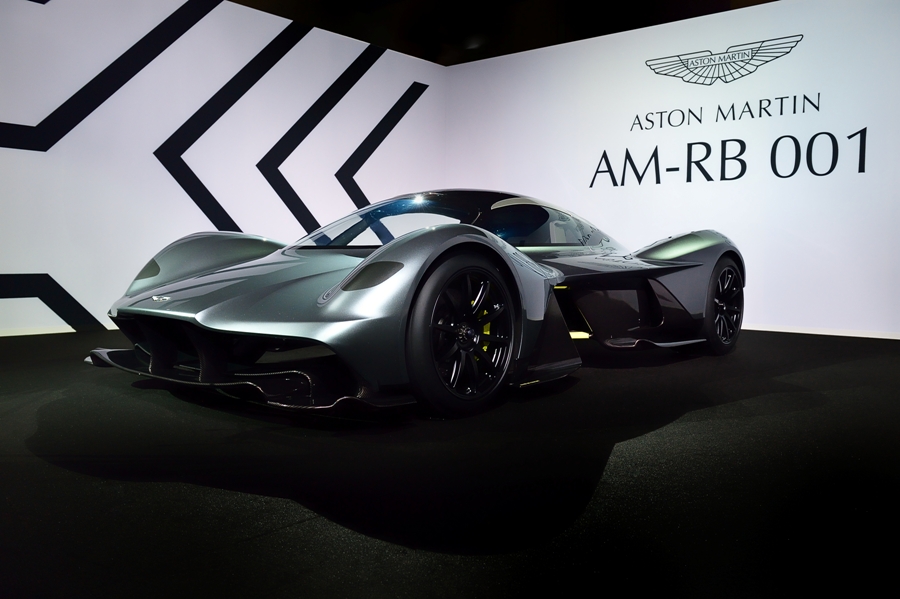 The event, in which the AM-RB 001 Hypercar was showcased, had been held at Etihad Towers, Abu Dhabi, ahead of Aston Martin’s new showroom opening scheduled for early 2017.

Aston Martin President and CEO, Dr Andy Palmer said “I am thrilled to be in Abu Dhabi to present the AM-RB 001 for the first time in the region, and what better opportunity to do so than just hours before the Formula 1 race begins. All of those involved in AM-RB 001 is extremely proud of the car, and I have no doubt it will make automotive history. Its reception around the world has been phenomenal, and we expect those in the Middle East to be no less excited.”

The product of a unique Innovation Partnership between the British luxury marque and eminent F1TM team, AM-RB 001 combines the vision and skills of two world-leading brands to create a road car the like of which has never been seen before.

In support of the event, Red Bull Racing Team Principal, Christian Horner, added: “The AM-RB 001 has been an inspirational project to deliver in synergy with our partners Aston Martin. As we reveal the car at different cities across the globe, it is incredibly rewarding to see the delight and reactions of those viewing it for the first time. We will no doubt witness as much of a sense of wonder and excitement here in Abu Dhabi and across venues in the Middle East, as anywhere else in the world.”

Red Bull Racing’s Chief Technical Officer, Adrian Newey and Aston Martin’s Chief Creative Officer, Marek Reichman have combined the ultimate in cutting-edge F1 technology with Aston Martin’s signature sports car design. The partnership combines years of specialism – both with heritage, making some of the world’s most beautiful and charismatic GT cars, and with technological brilliance and relentless pursuit of speed and efficiency that has seen Red Bull Racing excel in the ferociously competitive world of Formula One.

The AM-RB 001 is an unprecedented fusion of form and function: a car engineered to be entirely usable and enjoyable as a road car, but with the capability to perform like no road car before it on a race track. Uncompromising in all respects, the AM-RB 001 is a bespoke machine from the tires up, and at its heart is a new, mid-mounted, high-revving, naturally aspirated V12 engine.

Built around a lightweight carbon fibre structure, the AM-RB 001 boasts truly radical aerodynamics for unprecedented levels of downforce in a road-legal car. Thanks to the genius of Adrian Newey’s design, much of this downforce is generated through underfloor aerodynamics, leaving Marek Reichman free to craft a pure yet breathtaking dramatic form that elegantly expresses both the AM-RB 001’s dynamism and the unmistakable essence of Aston Martin. 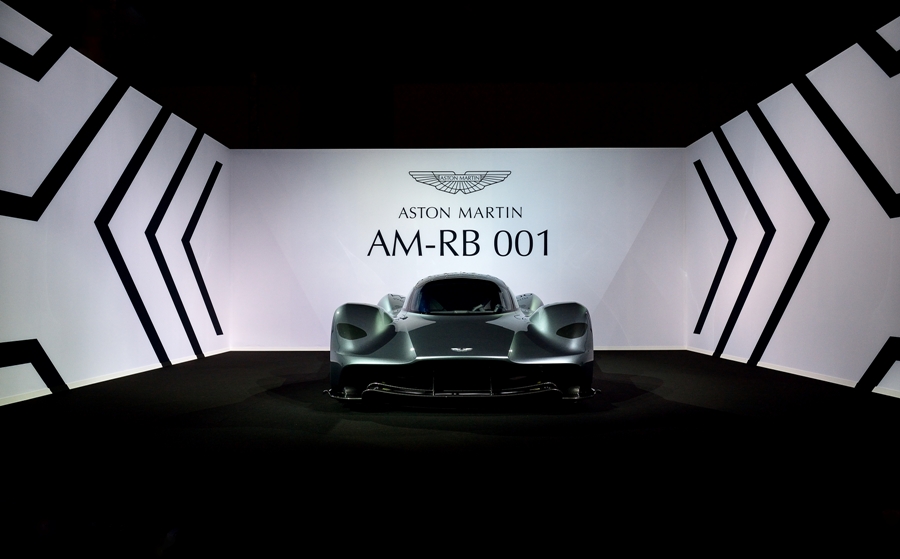 For those who crave an even more intensely focused driving experience, a track-only AM-RB 001 is also in development. Total volume will be 150 road cars inclusive of all remaining prototypes and 25 track-only versions, with first deliveries commencing in 2019.