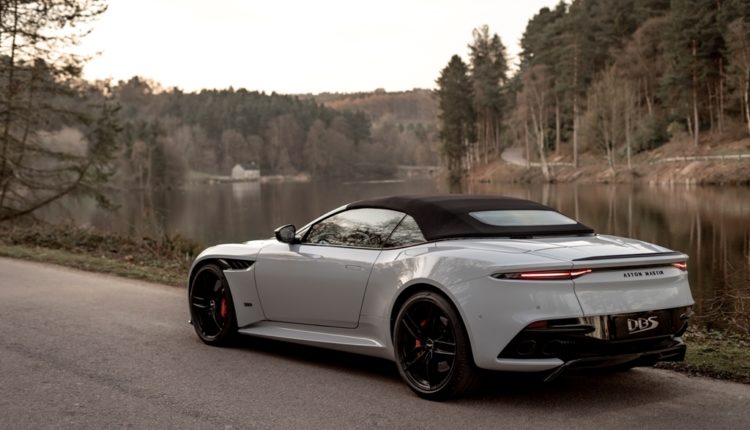 The second Aston Martin to carry the Volante name following the introduction of the company’s Second Century Plan, DBS Superleggera Volante has been designed in-house under the guidance of Executive Vice President & Chief Creative Officer Marek Reichman. With the aim to create the most beautiful flagship Volante on the market, Aston Martin’s primary mission has also been to retain the coupe’s powerful dynamics, aggressive poise and extraordinary performance.

Executive Vice President & Chief Creative Officer Marek Reichman said: “DBS Superleggera produces a spectacular and relentless level of performance and so for the Volante, we focussed on bringing that extra level of sensory overload that only an open-top Super GT can deliver inside the cabin. With the unique dynamics, beautiful yet brutish design and the unmistakable harmonics of Aston Martin’s 5.2-litre V12 engine, we believe we have delivered a unique and unforgettable driving experience that is synonymous with the traditions of the Volante name.”

Powered by Aston Martin’s own 5.2-litre twin-turbo V12, producing 715BHP 900Nm of torque, and with a top speed of 211mph, the DBS Superleggera Volante boasts ferocious acceleration. While covering 0-62mph in just 3.6 seconds and 0-100mph in 6.7 seconds.

DBS Superleggera Volante continues the aerodynamic masterpiece of the coupe model, commanding and exploiting the surface airflow to maximum effect. At the front, the car’s splitter and airdam work in unison, accelerating airflow underneath the front of the vehicle to deliver real downforce and assist cooling by feeding air to the front brakes. The new deeper side strake draws more air from the front wheel arch to reduce lift and aid high-speed stability.

Behind the front wheels, the ‘curlicue’ allows air to escape and flow smoothly along the car’s flanks, while the double diffuser at the rear allows air to exit cleanly and neutralise lift as efficiently as possible. A revised iteration –  to accommodate the Volante’s clothed roofline – of the revolutionary Aeroblade ll system continues to deliver additional downforce at the car’s rear. At VMAX, DBS Superleggera Volante produces 177kg of downforce, 3kg less than the coupe, an impressive feat when considering the car’s fundamental aerodynamic changes.

Each dynamic driving mode brings its level of noise too, feeding the level of emotional character and connection. In GT mode, the engine note simmers, but select Sport or Sport Plus and the acoustics become progressively more intense. Conversely, when you wish to be discreet, ‘quiet start’ offers a low-key alternative to DBS Superleggera Volante’s otherwise rousing flare of revs on start-up.

900Nm of torque is fed via a carbon-fibre prop shaft to a new ZF 8-speed automatic transmission mounted at the back of the car. Strengthened to cope with the V12’s massive torque output, this transmission also has a shorter final drive for increased responsiveness and in-gear acceleration. Specially developed adaptive software gauges the conditions the car is operating in, along with the driver’s demands, to ensure the car is in exactly the right gear at the right time.

Volante is a name that can only be attributed to convertible cars bearing the iconic Aston Martin wings badge, and thus the defining feature of any Volante is its roof. An advanced fabric system allows for an innovative and beautiful formed flowing roof line. Incorporating eight layers of insulation materials and acoustically enhancing materials, the canopy dramatically improves the comfort of the interior cabin for all occupants when up, but allows an authentic orchestra of sound to pour into the cabin when retracted.

The official soundtrack delivered by the car’s powertrain is a critical hallmark of the Volante experience and typically, the DBS Superleggera Volante has been tuned to provide incredible sound quality synonymous with an Aston Martin Super GT equipped with a quad exhaust system DBS Superleggera Volante delivers a pure, harmonic and authentic voice, unmatched by its rivals.

Aston Martin’s engineers have worked hard to ensure the best possible roof and the rear package is achieved, while still delivering different targets of styling and durability. With a class-leading stack height of 260mm for the car’s folded roof, DBS Superleggera Volante maintains a smooth, seamless rear profile and maximised luggage capacity. Roof operation takes 14 seconds to open and 16 seconds to close and can be operated from inside or, for added convenience, from the remote key within a two-metre radius of the car.

Continuing Aston Martin’s persistence for offering exceptional levels of customisation, DBS Superleggera Volante’s hood is available in eight distinct colours including Bordeaux Red, Atlantic Blue and Titan Grey. The hood can be further personalised on the inside, with an additional six Rokona headliners. For the first time on an Aston Martin Volante model, the window screen surround is available with a 2×2 twill carbon fibre finish, with the option to continue that theme to the car’s tonneau cover and rear waterfall. Large pieces of finely-woven carbon fibre pieces replace what was once swathed in leather and for the most exclusive specifications, tinted carbon fibre is also available for selection.

Aston Martin Lagonda President and Group CEO, Dr Andy Palmer, said of the DBS Superleggera Volante: “There is nothing on earth that compares to the roar of an Aston Martin V12 and I believe that the DBS Superleggera Volante provides one of the greatest sensory experiences in the automotive world. This is truly a testament to the no-compromise approach of our engineers and designers, to deliver the two key aspects of a convertible Super GT exceptional performance in an irresistible form, DBS Superleggera has justifiably won the hearts and minds of Super GT lovers the world over, and the Volante takes this concept to the next level”. 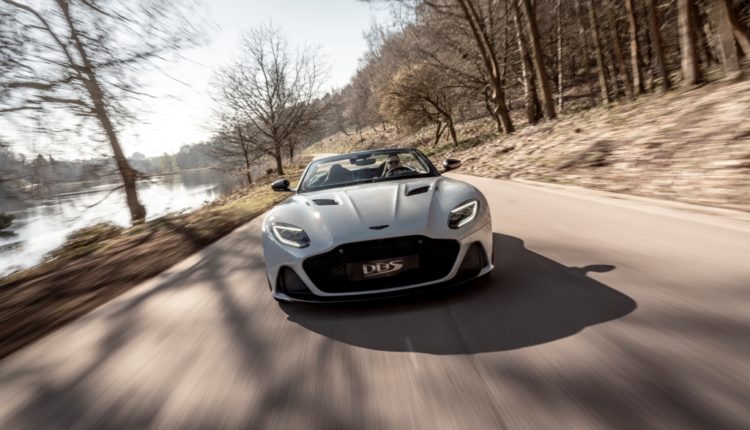 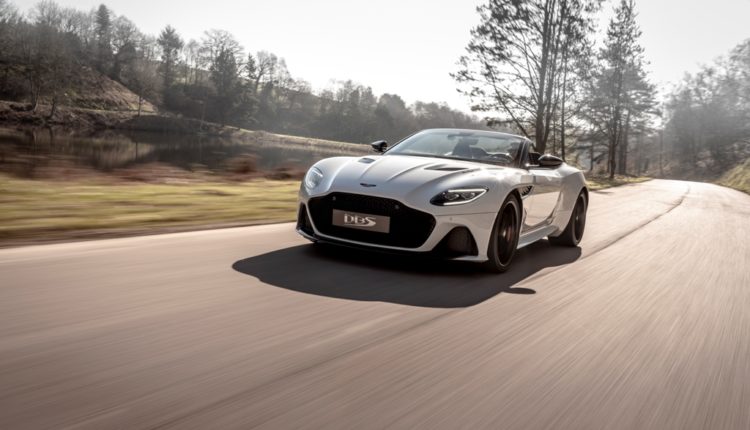 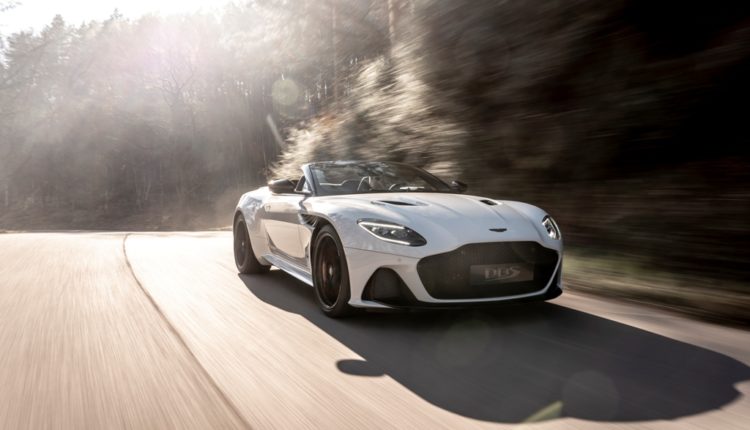 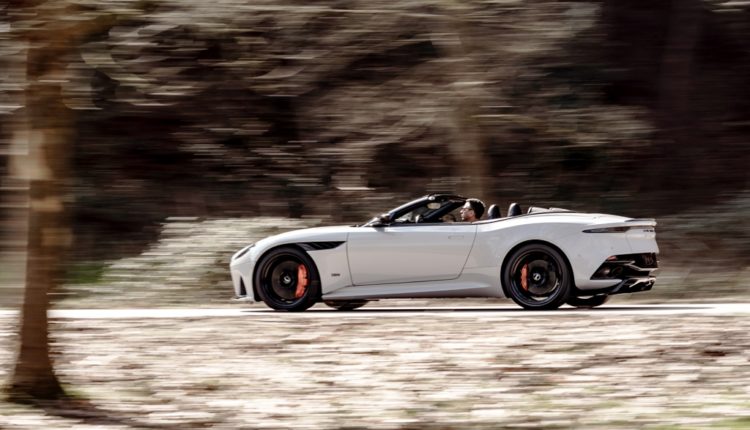 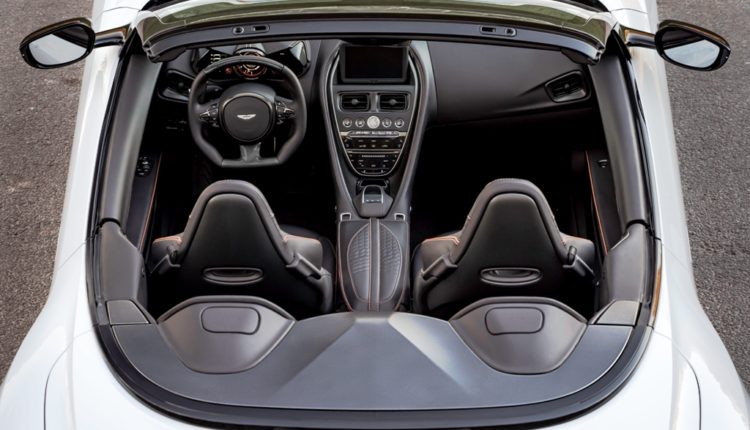 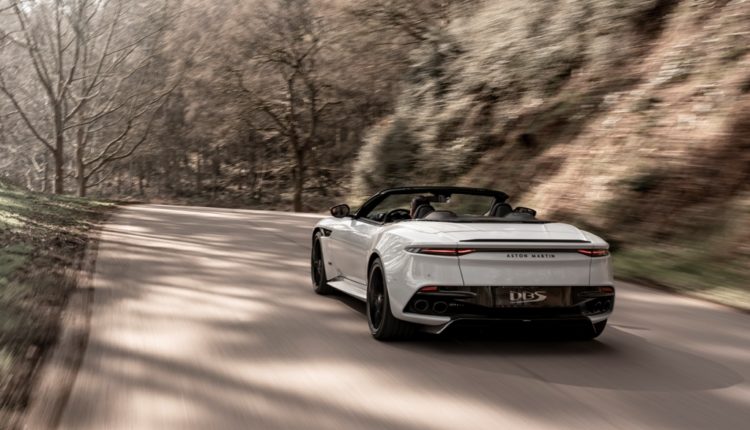 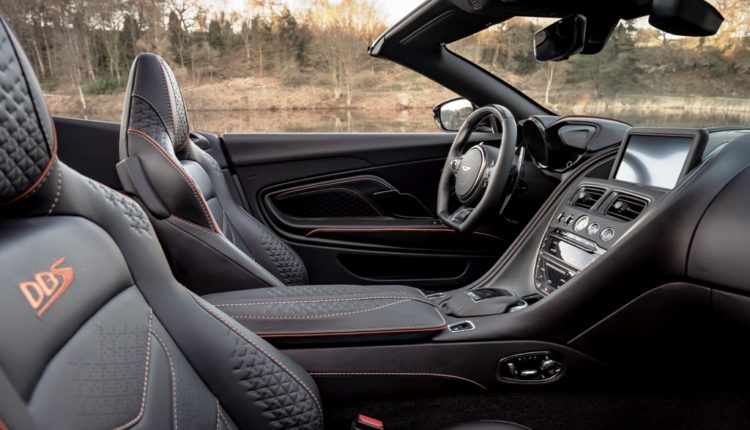 NEXT UP IN NEW CARS