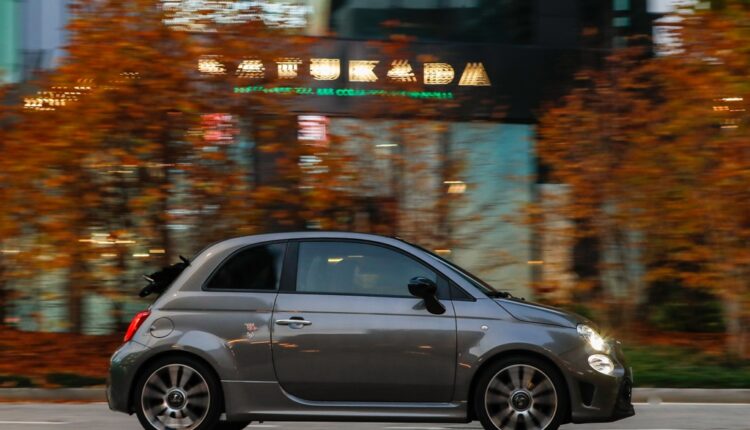 Abarth’s history and its logo are intertwined with its sporting victories, which began very early on. The first was a category victory in the famous ‘Palermo-Monte Pellegrino’ hill-climb in 1950 with Tazio Nuvolari at the wheel of an Abarth 204A. In 1954, Carlo Abarth decided to complement the logo with the introduction of a two-tone shield, the emblem of victories in sporting battles, as the background for the Scorpion.

In 1962, the Abarth 1000 Bialbero won the first of six consecutive manufacturer world championships in Division One, and three new elements were added to the logo to celebrate this important title, namely a black-and-white checkered flag, the words ‘Campione del mondo’ (World Champion) in red block letters on a yellow background, and a stylised laurel wreath.

A refreshed version of the logo was launched in 1969. The biggest changes were to the Scorpion, the very symbol of the Turin-based company, to become completely black, and – for the first time – with both pincers pointing upwards. The lettering also changed to white on a blue background and simply featured the word ‘Abarth’.

In 1971, Abarth was acquired by Fiat and the Italian flag appeared on the logo in the background behind the word Abarth to underscore its Italian character.

Today’s logo was completely redesigned in 2007 and incorporates all the distinctive features of the Scorpion but in a decidedly more up-to-date and modern style with the pincers of the black silhouette resting on the diagonal of the shield.

In 2019, a celebratory version of the shield, featuring a checkered flag was introduced on the occasion of Abarth’s 70th anniversary. This logo can be found exclusively on cars made during the 70th anniversary year. A celebratory colour version of the badge was also created that year, specifically developed only for the Limited Edition 695 70th Anniversary, of which just 1949 units were made to reference the year the brand was founded.

All Abarth cars display a second logo on the rear end of the two side panels echoing an emblem that Abarth racing cars have sported since the 1960s. This logo picks up the typical yellow and red Abarth shield surrounding the scorpion with the addition of a thunderbolt in the colours of the Italian flag. It is a heartfelt tribute to Abarth’s commitment to racing that since the earliest days was seen as the fitting testing ground for innovative technical and technological solutions aimed at increasing the performance and reliability of Abarth racing cars that would later benefit the production of cars.

The commitment to racing continues to this day, both on track and gravel. On the track, Abarth is the engine supplier of the Italian and German F4 Championships, the training ground for the F1 champions of tomorrow and in rallies, the Abarth 124 rally will be the protagonist of the FIA-ERC, the European Rally Championship for the third year running in 2021.

Thanks to the Abarth values of performance, style and agility, commercially the Scorpion brand has been a success, particularly by increasing its market share by 50% in 2020 versus 2019.

Abarth has just launched the new 2021 range with the 595, Turismo, Competizione, and Esseesse versions. Four different trims, all united by the typical features of the icon of sportiness: driving pleasure, high-adrenaline performance, and exhaust roar. New colours and new details are also available, like the exclusive leather seats. To pay homage to its history and rally racing successes, the new matte Blu Rally paintwork of the new 595 Competizione hints at the Fiat 131 Abarth Rally of the 1970s, while the new 17-inch alloy wheels are a nod to those of the Lancia Delta Rally Integrale of the 1990s.

The anniversary is being celebrated together with the big community of enthusiasts who have always been the beating heart of the brand. Through the brand’s social channels, fans are invited to give their take on the Abarth logo through drawings, paintings, and artwork capable of representing the essence of the Scorpion. Chosen projects will feature prominently on Abarth’s social profiles. 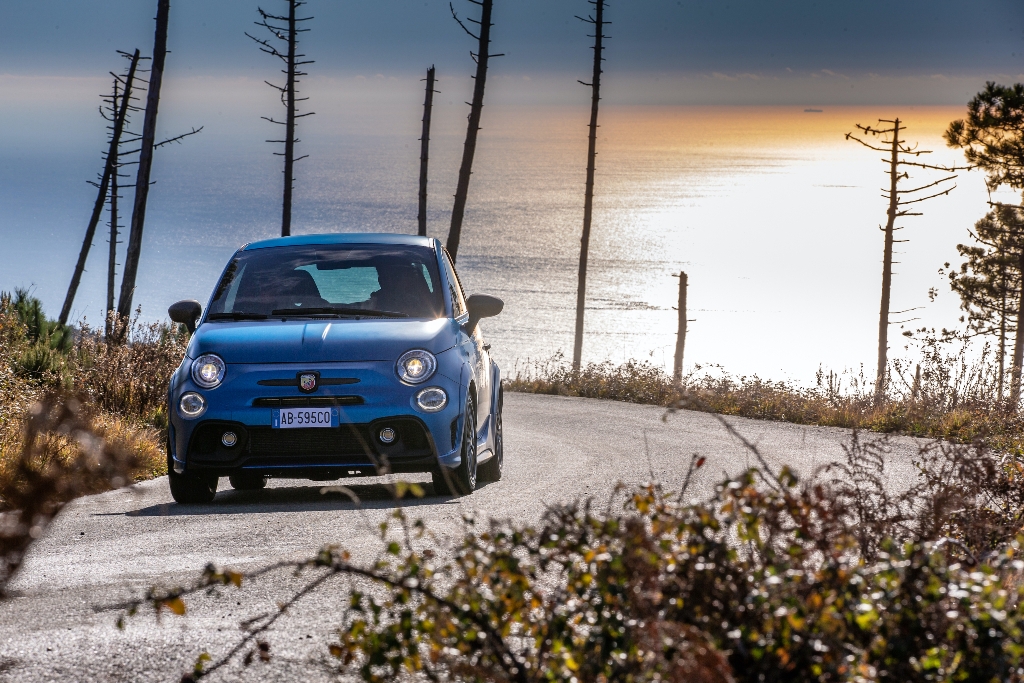 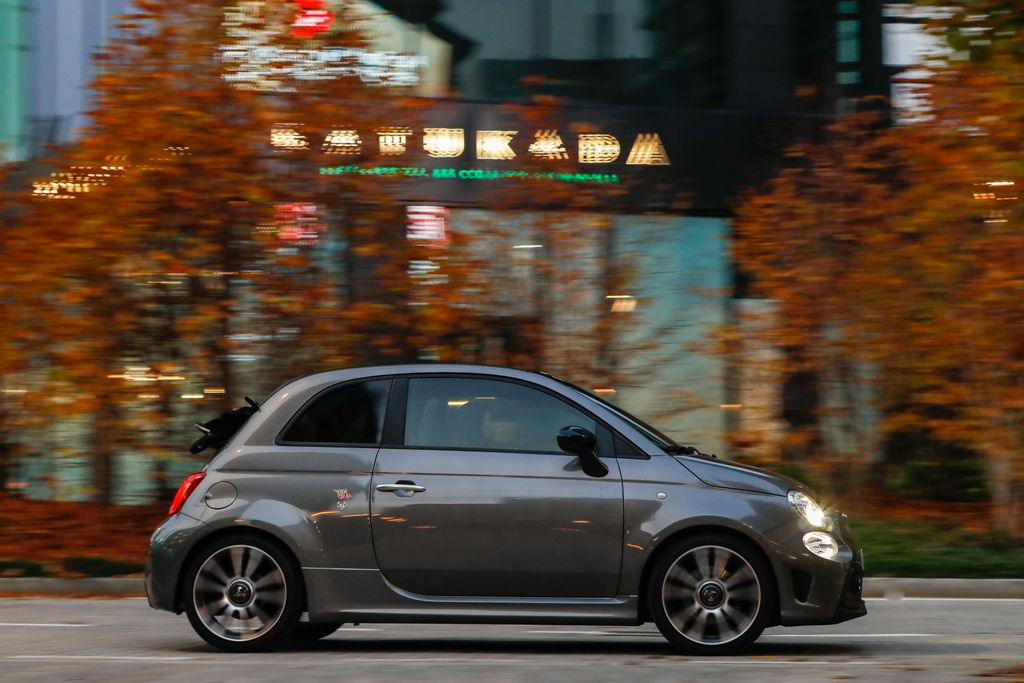 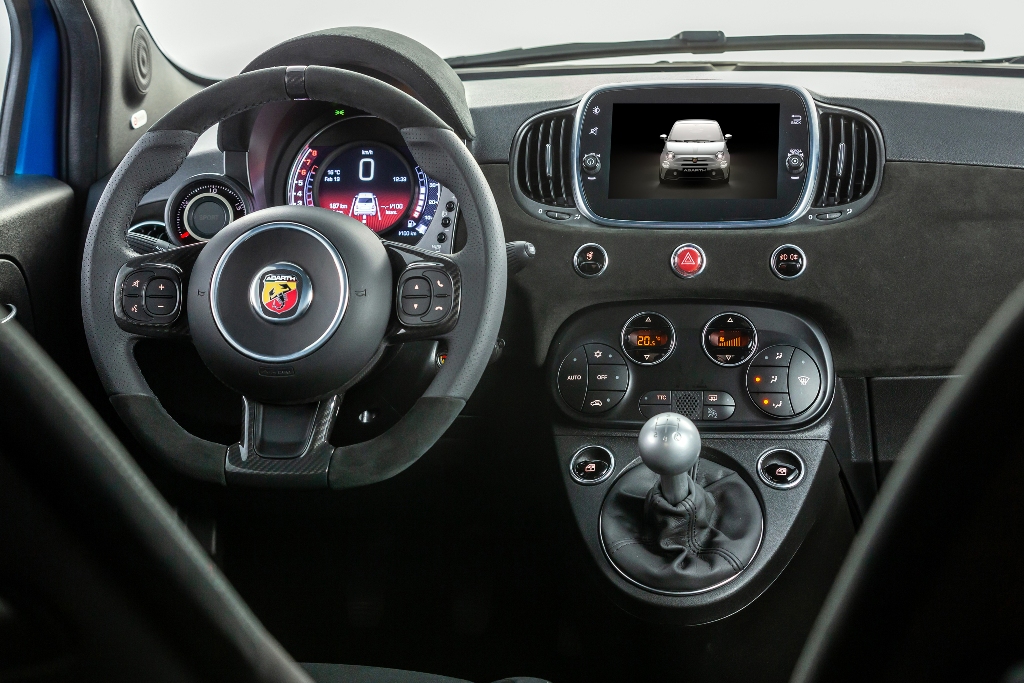 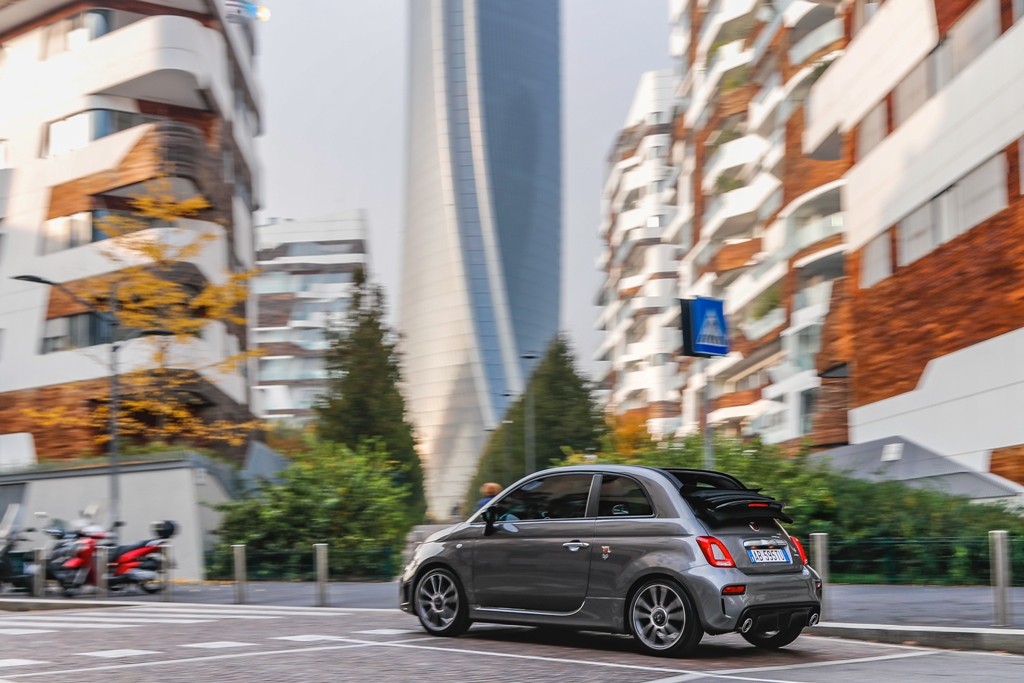 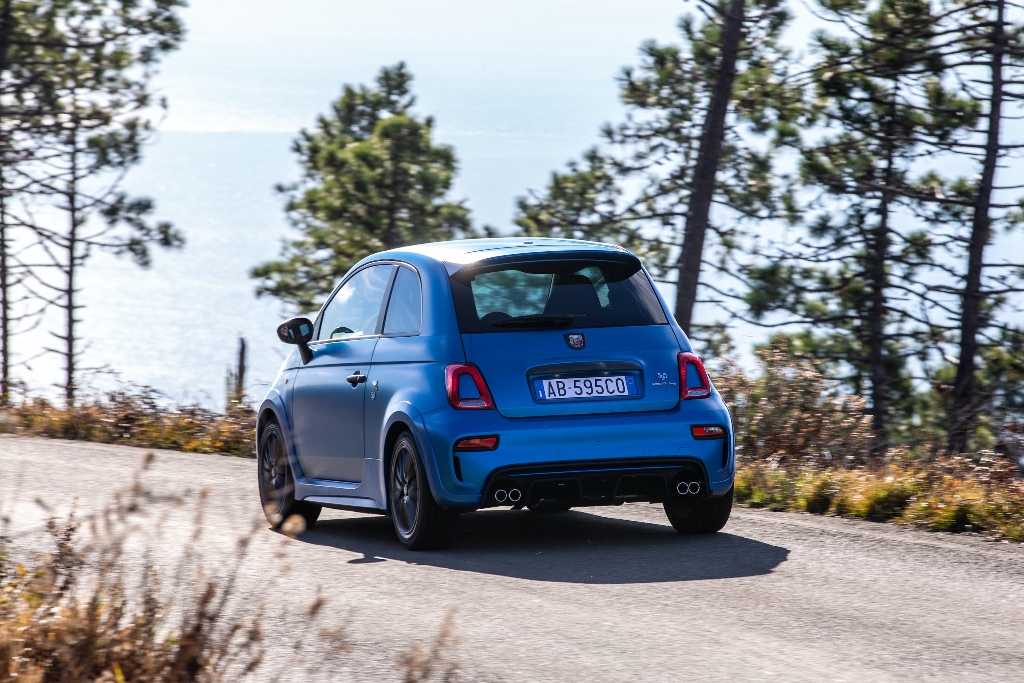