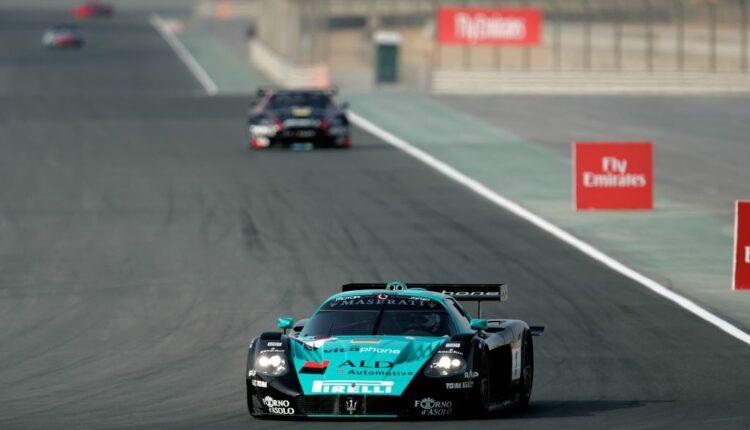 With five months left until the Dubai Autodrome is illuminated with the sound and colour of motorsport icons, more than 30 outstanding racing examples have now been confirmed to compete. Formula One legends, including last year’s winner, James Hunt’s first Grand Prix-winning car and the 1981 Constructors’ Champion, the Williams FW07C.

Last year’s winner of the Gulf Historic Dubai GP Revival, the 1975 Hesketh 308b, is an iconic example of British engineering, which gave James Hunt his first win in Formula One. Following mixed results at the start of the ’75 season, including a second-place finish in Argentina, Hunt powered the Hesketh 308B to victory at the Dutch Grand Prix at Zandvoort. This led to a respectable fourth-place finish in the Constructors’ Championship before Hesketh closed its doors due to financial challenges and sold the 308B chassis to a privateer outfit.

Driven by reigning world champion Alan Jones and his teammate Carlos Reutemann to the 1981 Formula One Constructors’ Championship, the FW07C was designed by the legendary Patrick Head. This Ford-Cosworth DFV-powered machine picked up four wins throughout the season, including two in the USA, Argentina and Belgium.

The Benetton B192 is a car which occupies a significant seat in Formula One history. The B192 claimed victory at the 1992 Belgium Grand Prix, which also marked the first of Michael Schumacher’s 91 Formula One victories. At the hands of Michael and his teammate, Martin Brundle, the car would be driven to third in the constructors’ championship, picking up 11 podiums along the way.

Outside the cockpit, the B192 was graced with the input of legendary designers and engineers, with Ross Brawn, Rory Byrne, Frank Dernie and Pat Symonds all part of the team that designed and built the race-winning car.

Ferrari’s entrant to the 1991 Formula Season, the 643, was driven by four-time world champion Alain Prost and his compatriot teammate, Jean Alesi. Powered by a 700bhp V12 engine, the 643 picked up six podiums throughout the 1991 season, notably a second-place finish at Prost’s home Grand Prix and a third-place in front of the Tifosi at Monza.

An icon of sports car racing, the Porsche 962 picked up plenty of silverware throughout 1986. Driven to victory at Le Mans by Derek Bell, Hans-Joachim Stuck and Al Holbert, the 962 was also victorious at the Road America 500 miles and Spa 1000km, to name but a few of its triumphs.

The Maserati MC12 GT1 is a six-litre V12 beast driven to FIA GT Championship success four times between 2005 and 2009. A vital car in Maserati’s illustrious history, this Frank Stephenson-designed machine was developed to signal the Italian marque’s return to racing after 37 years.

The first sports prototype racing car built by the French marque, Pescarolo, the 01, was explicitly designed with Le Mans in mind. At the 2007 24 Hours of Le Mans, the Pescarolo 01 was driven to a third-place finish by Emmanuel Collard, Jean-Christophe Bouillon and Romain Dumas. Further success was to follow as well, with additional podiums achieved at the Nürburgring 1000km and Spa 1000km.

“The addition of these iconic cars to this year’s grid brings an added level of excitement to the Gulf Historic Dubai GP Revival. These legends of the pinnacle of global motorsport promise to have fans on the edge of their seat, with their sheer speed and hair-raising sounds bringing history to life at the Dubai Autodrome. With more cars still to be confirmed, this year’s race will be a true spectacle for motorsport fans.

“As well as the races, the Gulf Historic Dubai GP Revival will offer fans a unique experience that blends the excitement of motorsport with a luxury lifestyle. We have created an immersive event with activities for all the family, including music, a classic car Concours and a gala dinner.”

The event will take place at the 5.4km-long Dubai Autodrome, which has hosted rounds of the FIA GT Championship, European Touring Car Championship, A1 Grand Prix and GP2 Asia Series since 2004.