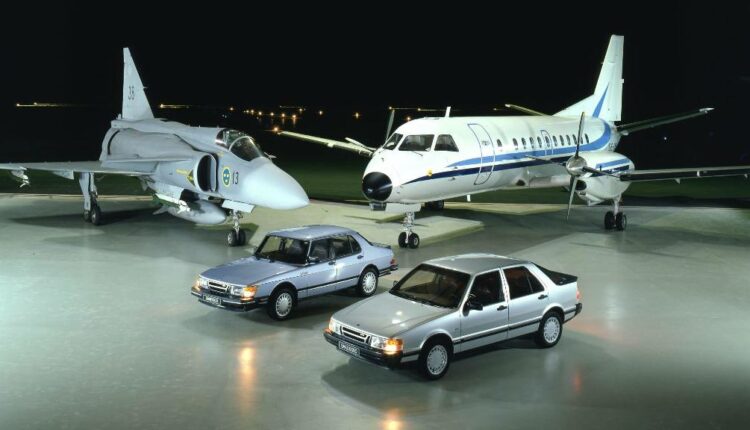 Anatomy of a Murder: How Saab Automobile Was Sent to an Early Grave

Many people still think Saab makes cars, even though General Motors bought out the business in 2000 and Saab Automobile defunct in 2011. But the Saab name is very much alive and well, as one of the world’s most innovative defence and security companies.

The Swedish company Saab is a well-known defence and security company for 80 years, yet people still associate its name with Saab cars’ long-gone automobile business.

Saab began life in 1937 in Trollhättan, Sweden, as an aeroplane manufacturer to provide planes for the Swedish Air Force, just as Europe was steeling itself for another war. The company’s full name is Svenska Aeroplan Aktiebolaget, giving the world the acronym Saab. The head office soon moved to the Swedish university town of Linköping, where this massive company has its largest operation today. In 1945, amid various dreams of diversification, a project to develop motor cars got underway.

The Saab car project was called Project 92, as 92 was the following number in the production sequence after Saab 91, the ‘Safir’, a single-engine trainer aircraft. Saab’s cars owed an outstanding debt to Saab aeroplane design. The company’s aircraft engineers thought they could use their knowledge of aerodynamics from aircraft manufacturing to improve the acceleration compared to that of the German cars that were on the market in Sweden at the time.

The first car was unveiled in Linköping in June 1947, though it was 1949 before production, based in Trollhättan, really got going, and those iconic bottle green vehicles hit the roads. Over the intervening years, each new Saab passenger car became instant classics of design, reliability and safety. But as the automobile name grew, Saab’s reputation as a defence and security company, serving the global market of governments, authorities and corporations with products, services and solutions ranging from military defence to civil security.

The End of an Era

Unlike the defence and security business, which steadily developed into a global player, the Saab passenger car story was more prosaic. After the company’s 20-year merger with Scania-Vabis ended in 1989, American car giant General Motors took a 50 per cent share of the new Saab Automobile business before making the company a wholly-owned subsidiary in 2000. Saab no longer made Saab cars.

Saab cars’ future was therefore wrapped up with that of General Motors, and when the American parent company’s fortunes began to nosedive in 2008, so did its Swedish subsidiary. A change of ownership to include Dutch car maker Spyker could not halt the decline, and the Saab cars business was lost for good when Saab Automobile AB filed for bankruptcy in December 2011.

Many people think that the Saab name was wholly tied up in Saab cars, but that’s not the case. Saab is still one of the biggest names in the Swedish industry, as Saab goes from strength to strength in defence and security.

Today Saab offers solutions for air, land, naval, security and civil aerospace solutions. The company employs more than 16,500 people and has annual sales of around 31 billion Swedish kronor (nearly 3.38 billion US dollars at writing). About a quarter of Saab’s sales revenue is reinvested into research and development. There are many examples of Saab’s products, but the most iconic are

Saab Cars Evolution Over the Years

1937 – present-day: Saab continues to develop as one of the world’s most innovative defence and security companies