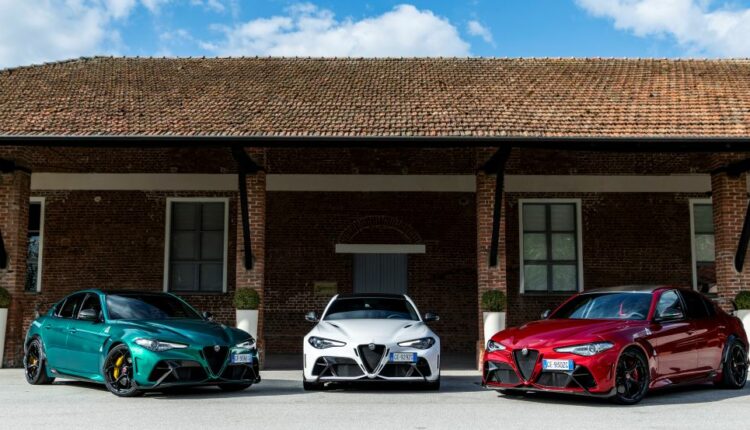 Alfa Romeo Automobiles S.p.A. is an Italian premium car manufacturer and a subsidiary of Stellantis. The company was founded on 24 June 1910 in Milan, Italy, under A.L.F.A. (Anonima Lombarda Fabbrica Automobili). A few years later, the Neapolitan entrepreneur Nicola Romeo took over the company and changed its name to Alfa Romeo.

The first car produced by the company was the 1910 24 HP, designed by Giuseppe Merosi. ALFA ventured into motor racing, with drivers Franchini and Ronzoni competing in the 1911 Targa Florio with two 24-hp models.

In August 1915, the company came under Neapolitan entrepreneur Nicola Romeo, who converted the factory to produce military hardware for the Italian and Allied war efforts.

In 1921, the Banca Italiana di Sconto, which backed Nicola Romeo & Co, went bankrupt, and the government needed to support the industrial companies involved, of which Alfa Romeo was among, through the “Consorzio per Sovvenzioni sui Valori Industriali”.

In 1925, the railway activities were separated from the Romeo company, and in 1928 Nicola Romeo left.

In 1933, the state ownership was reorganized under the banner of the Italian state industrial organization Istituto per la Ricostruzione Industriale (IRI), which had effective control.

After the Second World War, the company struggled to return to profitability and turned to mass-producing small vehicles rather than hand-building luxury models.

In 1954, it developed the Alfa Romeo Twin Cam engine, remaining in production until 1994. The Istituto per la Ricostruzione (IRI), the state conglomerate that controls Finmeccanica sold the marque to the Fiat Group in 1986 due to the marque being unprofitable.

Models produced from the 1990 onwards combined Alfa’s traditional virtues of avant-garde styling and sporting panache with the economic benefits of product rationalisation and included a “GTA” version of the 147 hatchbacks, the Giugiaro-designed Brera, and a high-performance exotic called the 8C Competizione (named after one of Alfa’s most successful prewar sports and racing cars, the 8C of the 1930s).

In 2005 Maserati was repurchased from Ferrari and was now under Fiat’s complete control. The Fiat Group then created a sports and luxury division from Maserati and Alfa Romeo. There is a planned strategic relationship between these two; engines, platforms and possibly dealers are shared.

Alfa Romeo has been suffering from falling sales. In 2010, it sold about 112,000 units, which was significantly lower than Fiat CEO Marchionne’s global sales target of 300,000.

In 2017 Alfa Romeo increased production by 62 per cent, building a total of 150,722 vehicles at the company’s three factories.

On 2 March 2020, Alfa Romeo introduced two new GTA and GTAm models, with a limited production run of 500 units. The GTA and GTAm versions are developed to celebrate the marque’s 110th anniversary in 2020 and pay tribute to one of the most emblematic automobiles of Alfa Romeo: Giulia GTA.

The team is a track-focused model and, as a result, has two seats, racing harnesses, and Lexan side and rear windows. The GTA’s handling was improved by widening the front and rear track by 50 millimetres (2.0 in). The car is fitted with single nut wheels for weight reduction measures.

Modifications to the engine include higher boost pressure from the turbochargers, an Akrapovič exhaust system and redesigned pistons to ensure constant power and reliability: the cooling system now uses four quarts of oil instead of two, as is the case on the Quadrifoglio model.