The AMB 001 by Aston Martin and Brough Superior took to the track at Pau-Arnos in France recently to begin its comprehensive testing programme. Designed and engineered for the race track, the AMB 001 is strictly limited to just 100 examples and is on schedule for first deliveries at the end of this year. Adorned in the traditional Aston Martin Camo livery, the AMB 001 test mule completed its first test at Pau-Arnos. 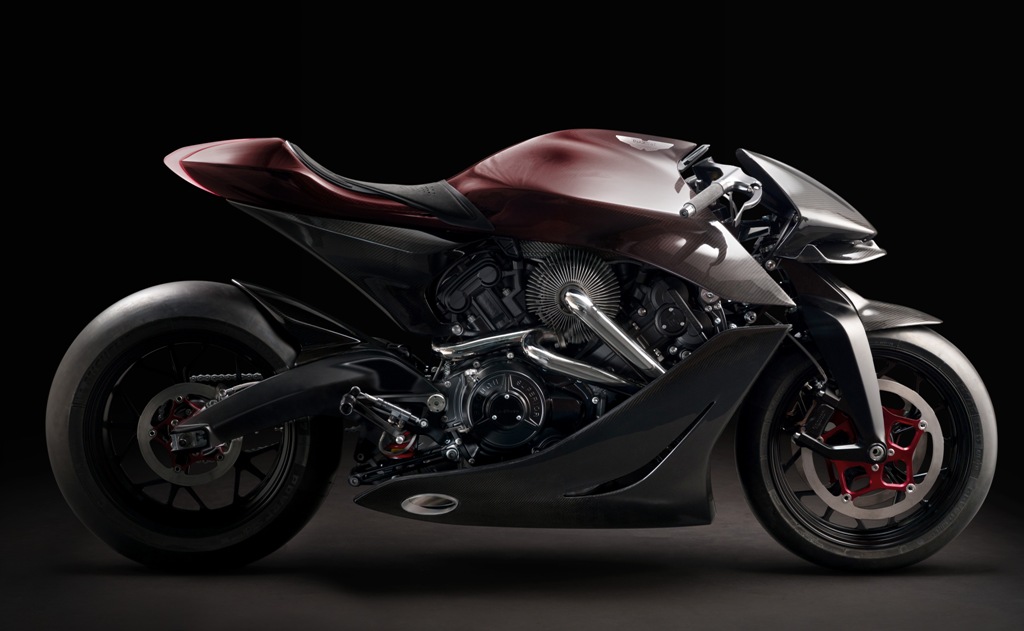 Aston Martin Executive Vice President and Chief Creative Officer, Marek Reichman, said: “Everybody involved has managed to make tremendous progress with the development of AMB 001, despite the challenges we have all been facing. This special motorcycle is, like our road cars, the result of beautiful design melding with modern technology to produce a bike that any collector will be proud of. We are delighted to see how much progress has been made, both on and off-track and look forward to the moment when production starts for this stunning machine.” 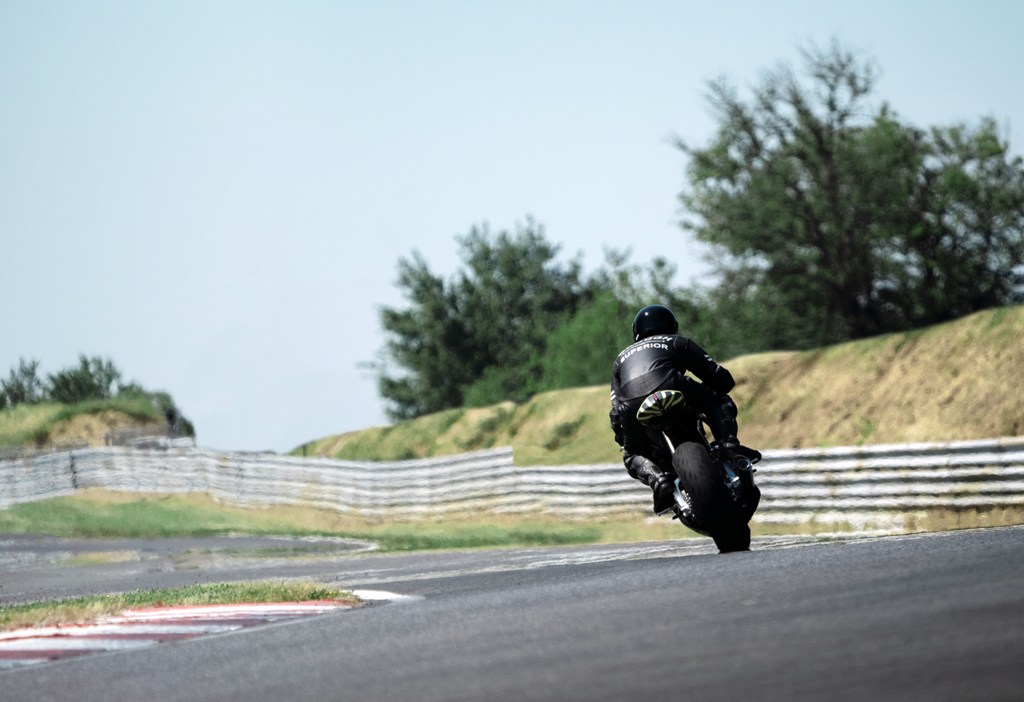 Prototype testing is one of the most vital parts of the development process with a test motorcycle allowing the team to validate the chassis geometry, the ergonomics and dynamic behaviour. In the same way that Aston Martin’s vehicle dynamics engineers can ‘read’ a car, Brough Superior’s test rider feeds back on all areas of performance, from the overall dynamic feel of the bike to details regarding cornering, braking, acceleration and the like. 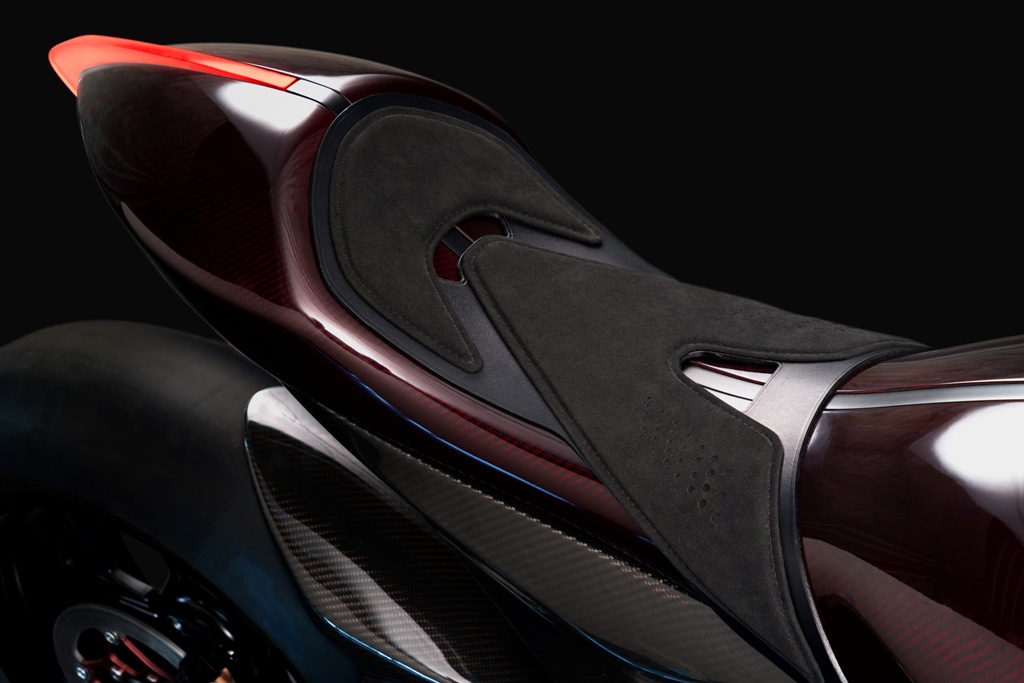 Commenting on the ongoing success of the development programme, Brough Superior CEO Thierry Henriette said: “One of the critical design features of the AMB 001 is an aluminium fin that runs along the full length of a carbon fibre tank, passing under the saddle and out onto the rear. The body holding the fin and supporting the saddle is one of the areas where we called on the unique knowledge of Mecano ID, who joined the project to apply specialist aerospace-quality carbon fibre skills to the exclusive AMB 001. 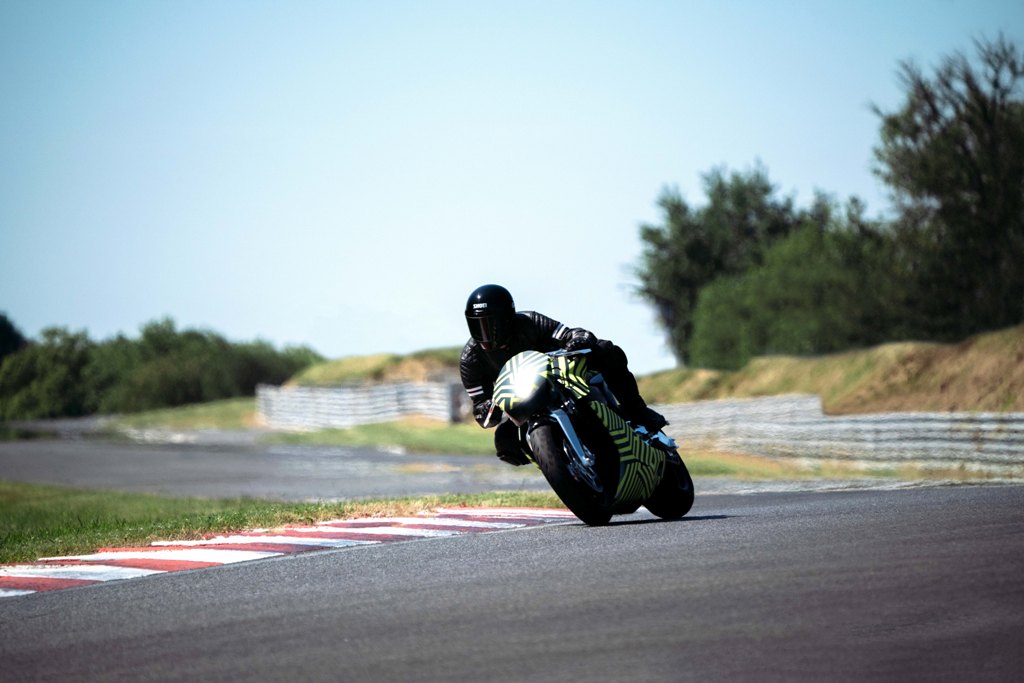 While the focus of the track testing is directed at the chassis, engine bench testing takes place in parallel to streamline the development process. The AMB 001 boasts a turbocharged engine with an output of 180 hp, which is unique in the motorcycle industry for a serial production bike. The turbo package includes an intercooler; this imposing radiator with its striking oversized/wide intake manifold gives the V-twin a supercar engine appearance. 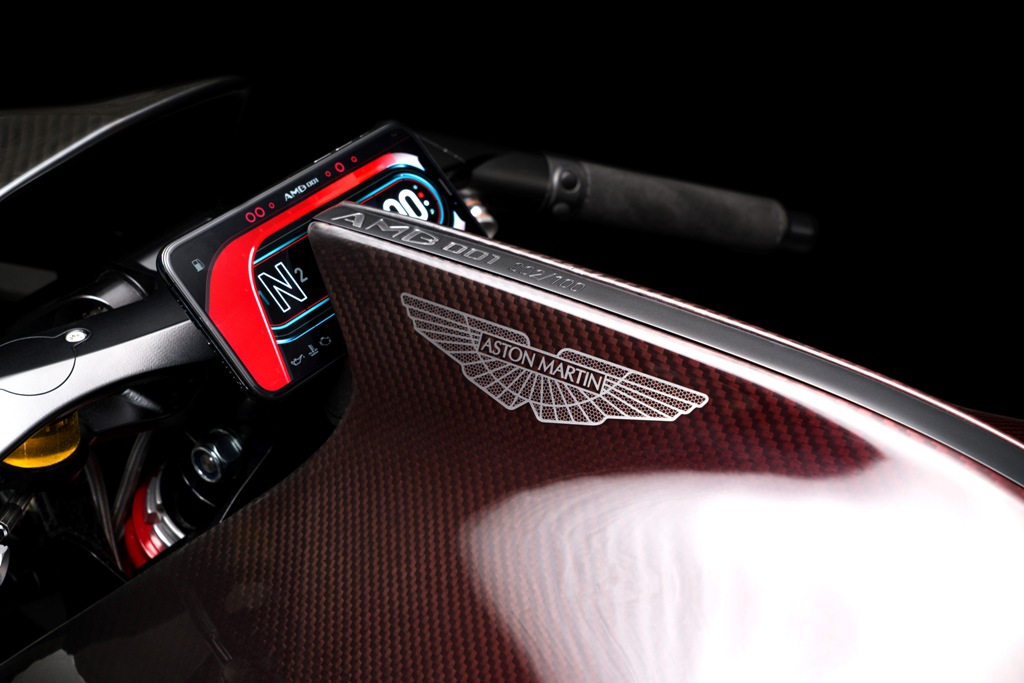 Once this testing process is complete, the AMB 001 will go into production this Autumn at the Brough Superior factory in Toulouse, France. Only 100 examples will be made, with an MRSP of 108,000.00 EUR including 20% VAT.

Take a Spin Through Time