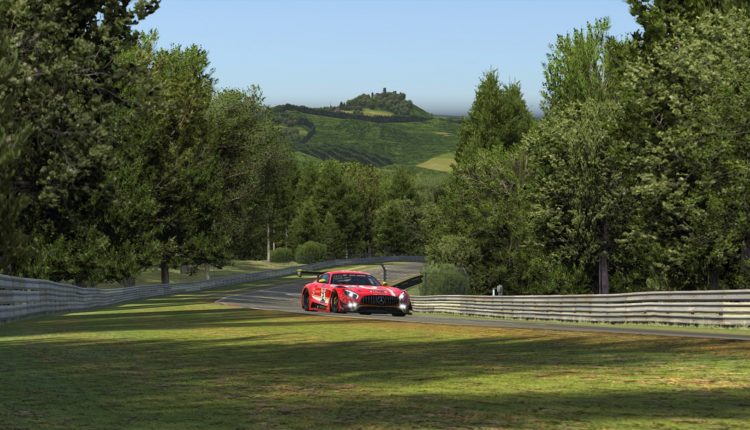 The real racing action at tracks all over the world may have come to a halt, but in the meantime, the drivers of the Mercedes-AMG line-up are turning their fast laps in sim racing. Last weekend’s third round of the Digital Nürburgring Endurance Series powered by VCO (DNLS) saw, among others, the Customer Racing Teams BLACK FALCON, GetSpeed Performance and HTP WINWARD Motorsport as well as further teams from virtual motorsport running the Mercedes-AMG GT3. 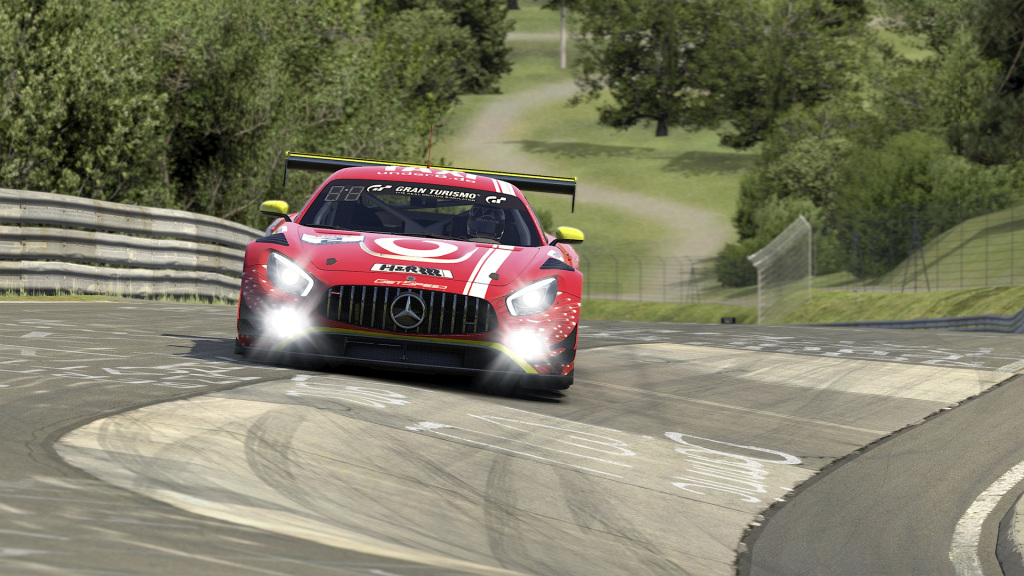 With a high-class line-up of professional racing drivers, they took on a field that included some of the best sim racers at the digital Nürburgring-Nordschleife and after three hours of driving time, they scored a pair of top-five and three further top-ten classifications. For professional drivers, the digital races provide a welcome change in the current race-free time, next to the mandatory fitness programme.

Until the time comes when the Mercedes-AMG drivers will be able to get back behind the wheel of their GT3 cars again, a comprehensive fitness programme is on top of the activity list for most of them. But increasingly, the training programme of the professionals is complemented by another element: simulation racing, or sim racing in brief. In the process, the Digital Nürburgring Endurance Series, among others, provides a welcome change in the race-free time.

For some drivers in the Mercedes-AMG driver line-up, the possibilities to rack up valuable competition mileage at the highest level and in conditions that are incredibly close to reality has become a regular part of their training programme.

In the race simulations, both the technical and the sporting regulations are being prepared, analyzed and adapted in a similarly meticulous way as in real-world motorsport. In sim racing, the aim is also to confine the cars of all brands within regulations at a similar level to ensure that the competition is balanced in the best possible way. I

n the second DNLS round already, it was mandatory for every team in the SP9 class to line up at least one professional driver who also had to complete qualifying and take the start of the race before a sim racing professional was allowed to take the seat in the virtual cockpit during the pit stop with driver change. 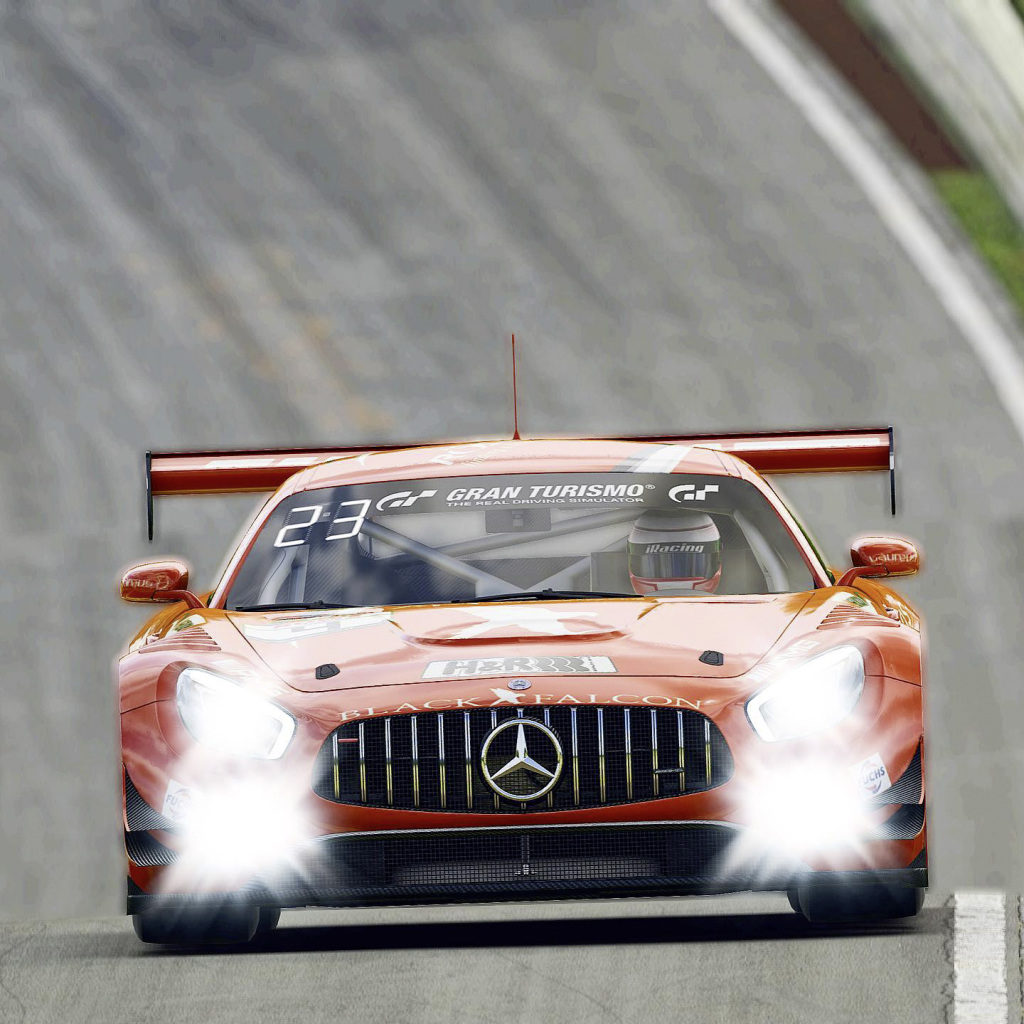 Compared to the driver line-up in the Mercedes-AMG GT3s in real-world racing, there was hardly a difference to see in the third digital endurance race: in the fourth-placed Mercedes-AMG GT3 run by Vodafone Team Getpeed, last year’s FIA GT World Cup winner Raffaele Marciello alternated with Fabian Schiller as well as with the duo’s race engineer and sim racer Philipp Noelle.

For the HTP WINWARD Motorsport entry with starting number 48 that concluded the three-hour race in fifth place, Philipp Ellis and Marvin Dienst shared the driving with sim racer Jack Sedgwick. The third Customer Racing Team, BLACK FALCON Team AM Solutions, had the confidence of having its Mercedes-AMG GT3 in the safe hands of Dirk Müller and Nico Bastian at the virtual Nürburgring-Nordschleife while Dominik Baumann was a part of the illustrious field of competitors as well.

With a total of five top-ten results, the achievement of the sports car and performance brand from Affalterbach turned out to be successful, even though there is still some room for improvement when comparing the result to the series’ real-world counterpart, in which the Mercedes-AMG teams managed to win six of the eight VLN races with a classification last year. No doubt, for the racers from real-world motorsport, virtual racing is anything but a mere game. Especially so because unlike when driving at the limit, there is no way to feel this limit at the console.

Usually, at least the steering wheel is providing absolute noticeable feedback, but otherwise, the driver purely has to rely on visual inputs or the acoustic feedback from the tyre noise. The next challenge the teams and drivers with the Mercedes-AMG will be facing at the virtual Nordschleife will be on May 2nd when the fourth round of the Digital Nürburgring Endurance Series is on.

Stefan Wendl, head of Mercedes-AMG Customer Racing: “Because of the current situation, sim racing is in the centre of the attention even more and is developing rapidly. Also for our drivers who get an excellent additional means of training from it, but it is about more than just practising. It is already being done at a very professional level, and with various race series and manufacturers becoming involved, this promotes the professionalization even further. For the professional racing drivers, it is a real challenge to work their way up to reach the times achieved by the sim racers who have an advantage of countless hours of practice in simulation races. Meanwhile, I would also like to compliment and to thank the sim racing drivers and teams who are competing with a Mercedes-AMG GT3 in the races: they have been involved in this sport very intensely for a long time already and are supporting our drivers and us with their experience and some advice. Like this, the two worlds in motorsport, the virtual and the real world, are getting closer and closer together and are becoming increasingly interconnected.”

Raffaele Marciello: “My first-ever race in the DNLS was fun, even though it is no substitute for a real race from my perspective. For me, sim racing is a fun way to spend time. In the past, I played a lot with my friends and now, with no races being held, a bit more intense and in a professional environment. Of course, I also try to improve in digital racing, but that is by no means easy against the sim racing professionals. That is also a big difference, the fact that these guys can practice for so extremely many hours in the game and even know the smallest tricks. You don’t have that opportunity in real-world motorsport in such a way. The effective driving time in the race car, testing included is very limited for professional racing drivers. But even though I am enjoying sim racing a lot, I am looking forward to being allowed to compete in real races again even more.”

Dirk Müller: “I entered the sim racing world only recently, but it is great fun and very professional. The most significant difference to racing at the circuit is the lack of direct feedback from the car. In sim racing, there are no existing simulators in use; drivers are seated in fixed bucket seats instead. Admittedly, the graphics are very realistic, but the feeling of driving the car is a very different one. The professional sim racers deserve great credit for having established their very own passion for driving in the virtual world. It also requires a different driving style at the virtual track to be able to keep up with the best in the business. I am very much looking forward to the next challenges, and I will continue to work professionally and prepare for the next round of the Digital Nürburgring Endurance Series in the best possible manner.

Meanwhile, preparation for the motorsport season at the real race tracks continues without any changes. Now already, I had racked up as many miles on the bicycle as all year last year, so accordingly, the fitness level is very high. That is crucial for being top fit when the day arrives. I think that the entire Mercedes-AMG driver line-up will be optimally prepared when things finally get going again.” 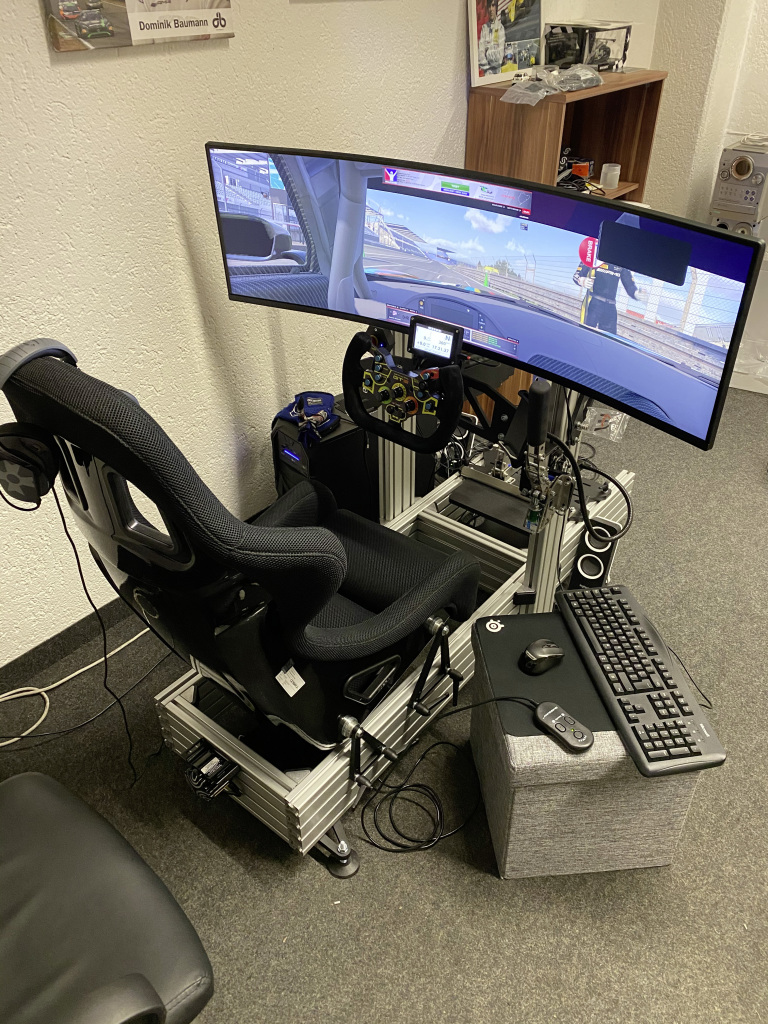 Dominik Baumann: “One has to invest much time in sim racing, and there is still a lot I can learn from the professional sim racers. But I am getting better! Like in real-world motorsport, it is very professional: every sector, every lap time, fuel consumption and the like are being analyzed. Moreover, there are data analyses as well, and I hope to be able to find one or two seconds compared to the sim racers there. It is highly demanding to find the balance to drive at the limit while keeping the car in control at the same time.”