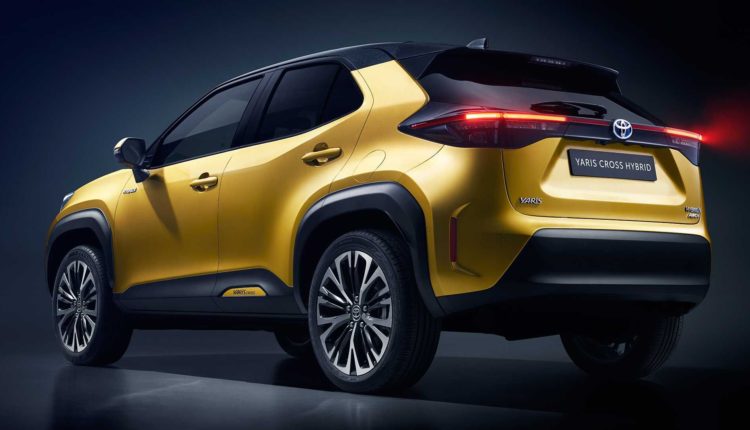 Toyota had plans for a grand unveiling of its crucial new addition to the model range, a supermini-sized Yaris Cross expected to make up to a third of its European sales.

The glitz and glamour of the Geneva auto show were meant to provide the backdrop. Instead, the landmark moment took place on laptop screens, featuring a video presentation that spent all too much time showing aerial shots of cityscapes, healthy young hiking couples, and sweeping country roads but not enough clips of the car. So is the COVID world we live in.

While we have yet to kick its tyres, Toyota is rolling out a new Yaris-sized SUV, a small crossover styled to carry the family look of the larger Rav-4, and planned to be one of its most significant selling models in the years to come. 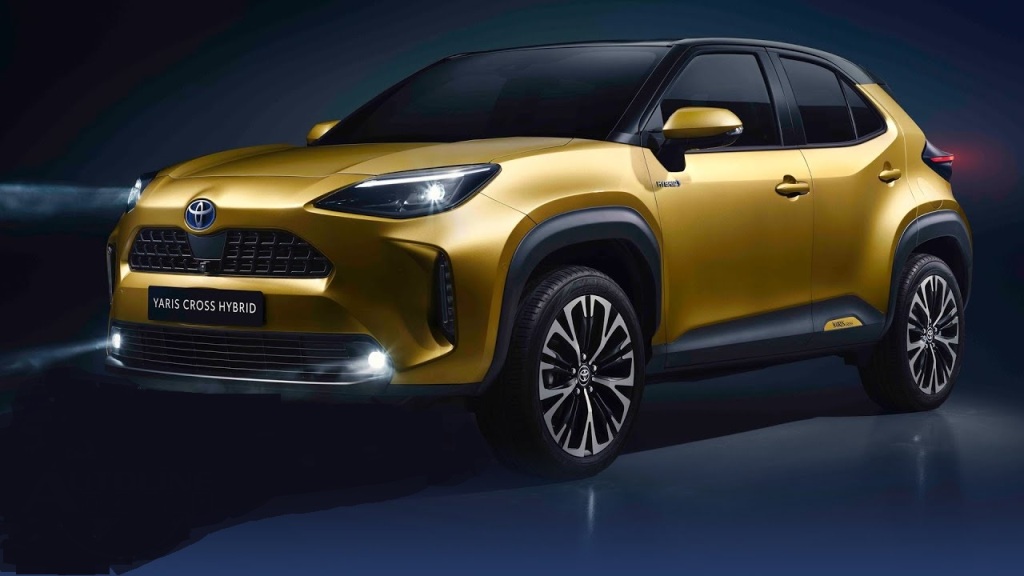 The small crossover segment – think supermini on silts – has proven surprisingly popular on world markets and was a glaring gap in Toyota’s product portfolio, particularly as buyers moved on mass away from traditional saloons and hatchbacks towards more robustly styled mock off-roaders.

The new Yaris Cross also continues Toyota’s devotion to the petrol-electric hybrid format, powered by a 1.5-litre petrol engine supported by a 59kW electric motor and a lithium-ion battery and delivering 116bhp while putting out less than 90g/km in CO2 emissions. We can expect to see several mentions of “self-charging” when the car comes to market, Toyota’s controversial terminology for the fact its hybrids are – to date – fitted with plugs that allow the batteries to be charged from the grid. Instead, the battery charge is recouped from the car’s momentum and resistance during braking.

The front-wheel-drive crossover is built on the same underpinnings as the new Yaris hatchback, but its total length is 240mm longer, delivering slightly more interior space. Ground clearance is 30mm higher as well, and the Cross is 90mm taller than the regular Yaris hatchback, and 20mm wider.

New features over the hatchback include an electrically-powered boot door and inside there the boot’s floor can be lowered, or the underfloor space can be used to store items discreetly. Total boot capacity is 390 litres, but the rear seats can be popped down to add more space. 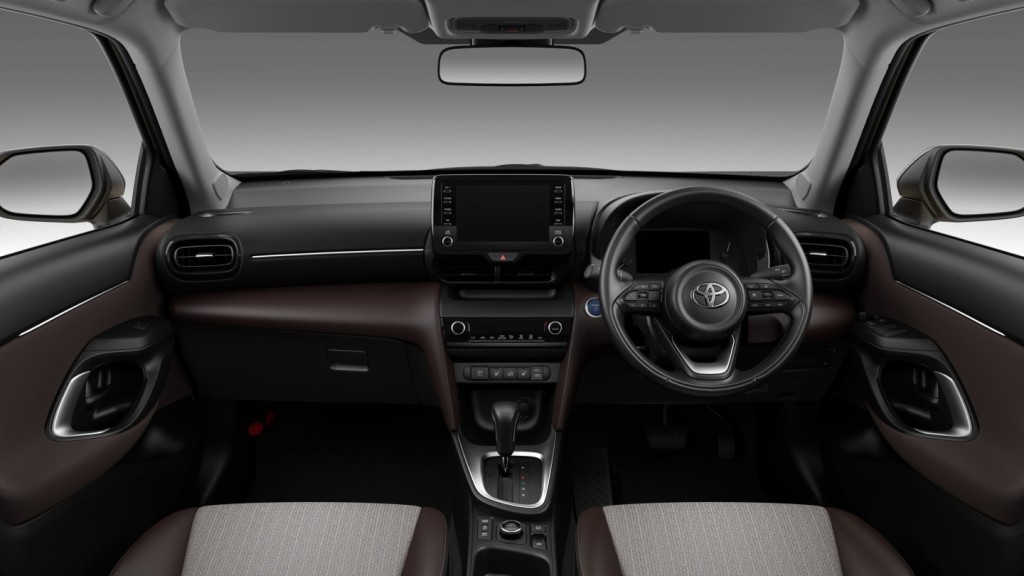 For all, it shares with the hatchback, Matt Harrison, executive vice president of Toyota Motor Europe, explained earlier this year: “this is not just a Yaris with body cladding and raised suspension, but an entirely new and distinctive B-SUV model with a compact, dynamic design and personality of its own.”

Harrison estimated the Yaris Cross would account for 30 per cent of the Toyota sales volume in Europe by 2025.

As to whether the new Yaris Cross will cannibalise sales from the likes of the slightly larger C-HR, the less radical styling of the new car may help prevent that becoming an issue. Traditionally Yaris buyers have been somewhat more conservative than the sort of customer base attracted to the more stylised C-HR.

And other car brands have already been down this busy crossover path, with the Yaris Cross entering a well-worn track, up against some stiff competition from the likes of Hyundai’s Kona, Peugeot’s 2008 and Ford’s remarkably impressive new Puma, to name but three. 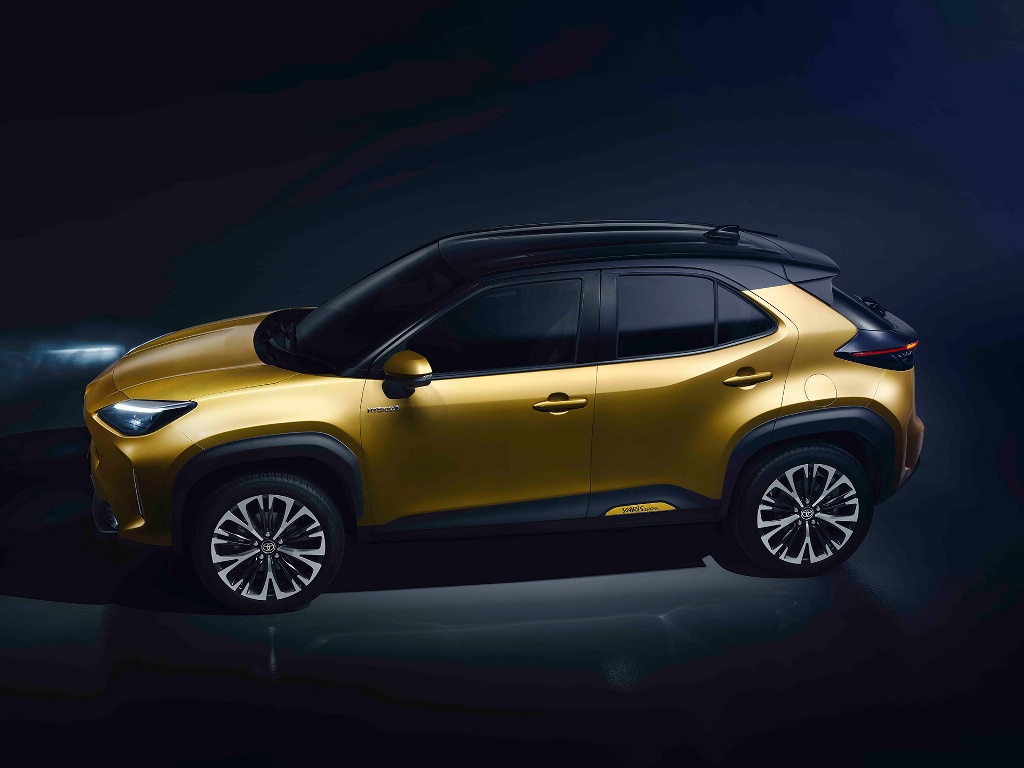 We can expect prices to start at close to €25,000 when it lands on these shores in the second half of next year, COVID-19 restrictions permitting. If we’re still only admiring new cars on small screens, then we’ll have more significant issues to worry about than which colour trim best suits the new Yaris Cross.