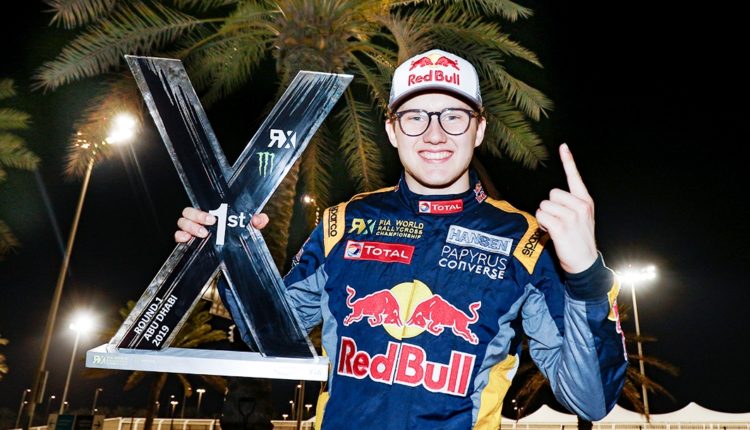 Kevin Hansen recorded a maiden World RX victory in Abu Dhabi – in a dramatic opening round of the 2019 FIA World Rallycross Championship.

In a weekend primarily dominated by the Team Hansen MJP, Peugeot 208s – for a variety of reasons – Kevin took the honours after original race victor Niclas Gronholm was handed a three-second penalty for a coming together with Hansen in his GRX Taneco Hyundai i20. Liam Doran in the Monster Energy RX Cartel Audi S1 claimed his first podium by taking third.

A resounding success, the first ever World Rallycross event in the Middle East was a world-class, three-day urban festival of motorsport, A-list musical artists and fun activations.

Also on the track, the Emirates Drift Invitational Cup support races wowed crowds with a knock-out format, tyre-screeching competition across both Friday and Saturday.

Away from the track, the weekend’s entertainment was led by U.S. rap trio Migos playing the After-Race Concert at du Arena, while the FanZone saw a host of international and local music artists performing, including El Loren, 13 Daze, Adam Baluch, Bru Fave, Sherif Elmoghazy, Walter Scalzone and more.

Al Tareq Al Ameri, CEO of Yas Marina Circuit, said: “The Final was a fantastic way to finish what has been an incredible weekend and we are delighted to have opened the World Rallycross 2019 season in Abu Dhabi,

“Once again, we have proved that Yas Marina Circuit is a world-class venue capable of hosting globally resonant events. We want to offer our congratulations to all the drivers and teams that participated, as well as our thanks to our valued partners whose support made this weekend possible.”

Torben Olsen, the Managing Director of the FIA World Rallycross Championship for IMG, the series promoter, added: “Our first visit to the UAE has been a resounding success.

“The people of Abu Dhabi have embraced World RX and we have been delighted to bring world-class rallycross to a region which already has strong motorsport following.

“Yas Marina Circuit was a spectacular venue to stage our first-ever World RX round under lights. The on-track action also illustrated that we could expect extremely close racing for the remainder of the 2019 season.” 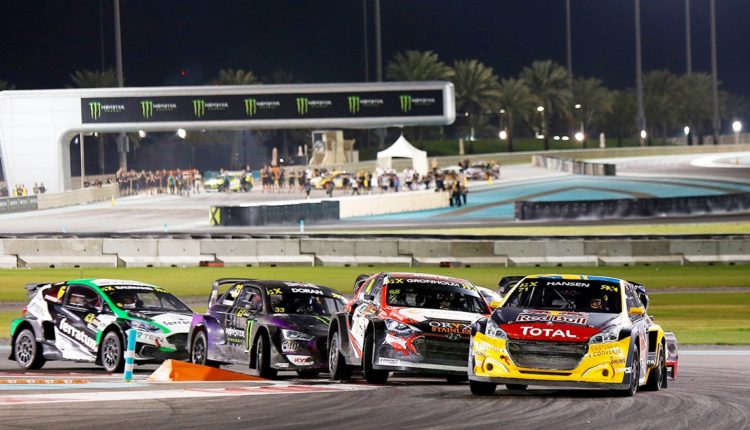