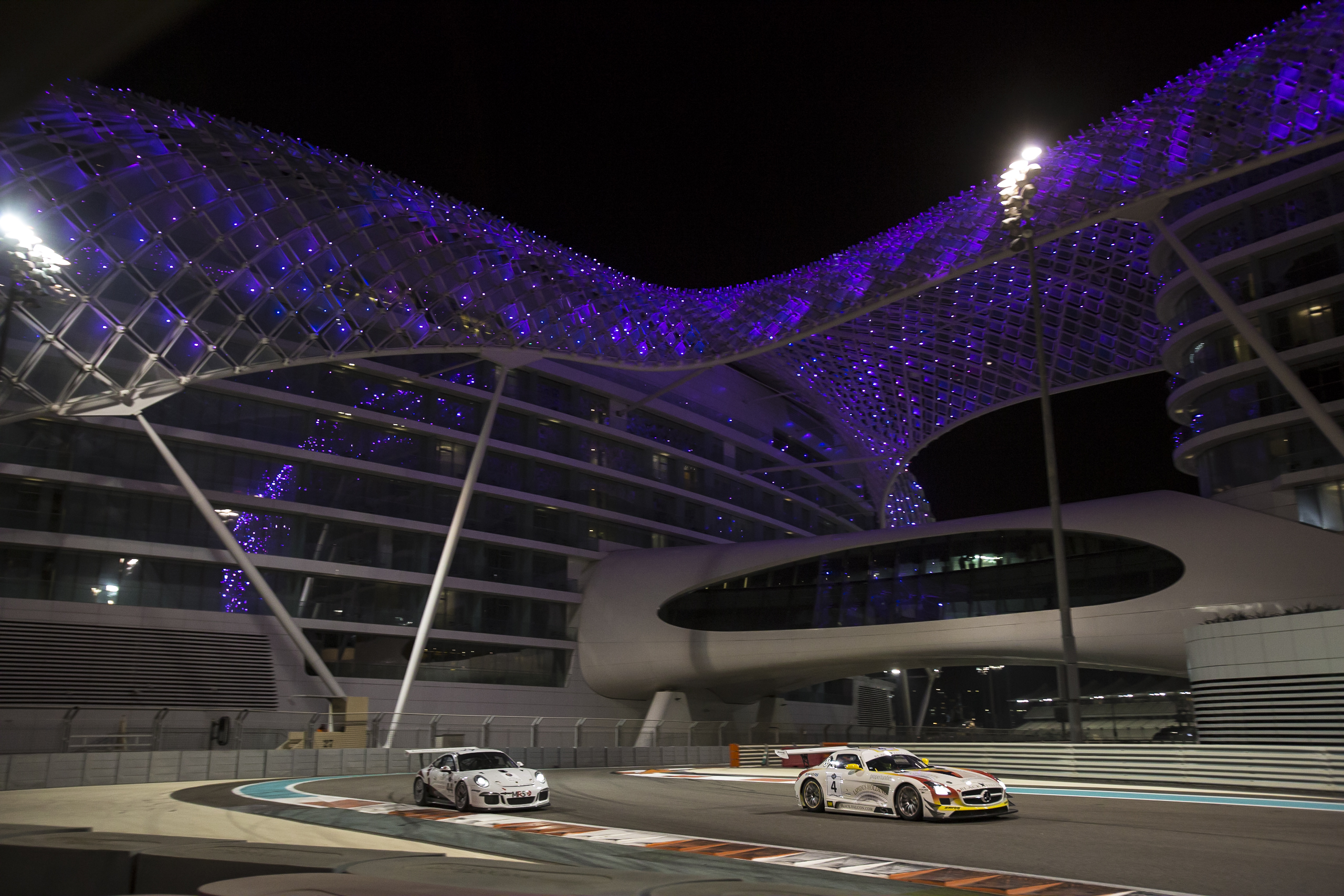 Next weekend, the UAE’s racing fans, their friends and families can enjoy another spectacular weekend of racing at the home of the FORMULA 1 ETIHAD AIRWAYS ABU DHABI GRAND PRIX. Friday 16th and Saturday 17th December will see the Circuit host the sixth edition of the Gulf 12 Hours, the most glamorous endurance race in the region.

Watch as 25 cars from 18 teams line up on the grid and go head to head on one of the world’s most challenging circuits on the 16th and 17th December. In addition to old favourites returning to this iconic race, Loris Capirossi, the three-time MotoGP World Champion, will be making his return for the second season in international endurance motorsport, racing a Ferrari 458 GT3 with Swiss team Kessel Racing. The Gulf 12 Hours will also be supported by the next round of the Formula4 UAE championship at its Yas Marina Circuit home and offers a chance to talent spot future racing stars! The FIA-accredited championship is the first series of its kind in the Middle East and African region and is recognised worldwide. It is the only National Championship that qualifies for FIA Super License points and was created to foster young driving talent from the region. With a general admission ticket, available for AED25 it’s excellent value for all members of the family. For the first time, Yas Marina Circuit is also offering all-new Friday street food-themed brunch from 12:00 – 16:00 (AED395 with grape and hops/ AED295 soft drinks. Kids under 12 eat free) and 2-course Saturday Roast (AED195 with half a bottle of grape or unlimited soft drinks per person. Kids under 12 eat free) options to spectators, so book today and don’t miss out on one of the most glamorous events of the year!

The 2017 Porsche 718 Cayman PDK Automatic Breaks Away from Standards