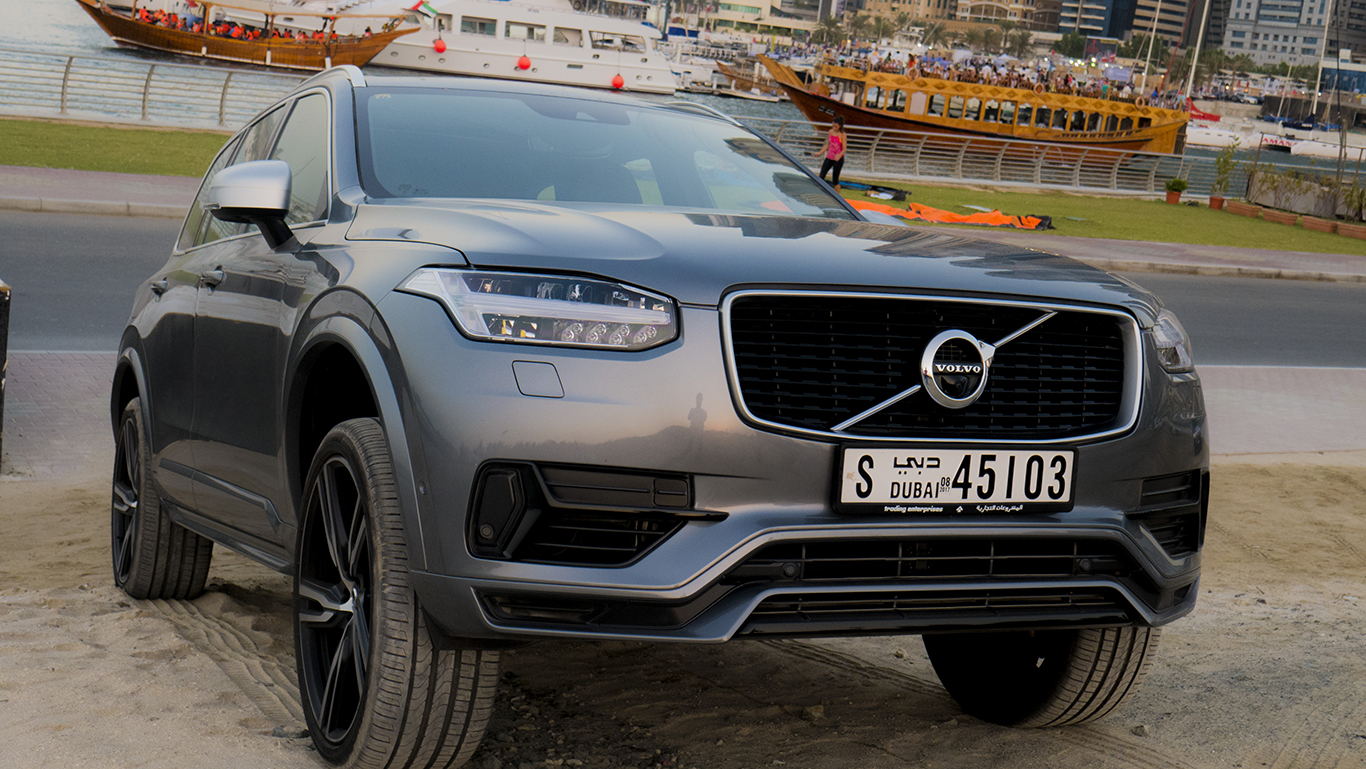 Over the past few years, I’ve test driven so many vehicles of all makes & categories. Yet, very few cars have surprised me. And to be honest, I never expected a 3-row, 7-seater, large SUV from Volvo to surprise me & appeal to me the way the new XC90 did — given I’m too much into performance & sporty driving experiences.

Ever since Volvo launched the utterly new XC90, I have read & heard so much positive feedback about it that got me so eager to get behind its wheel. And here I am now telling you how it felt driving this car around the UAE for three days. 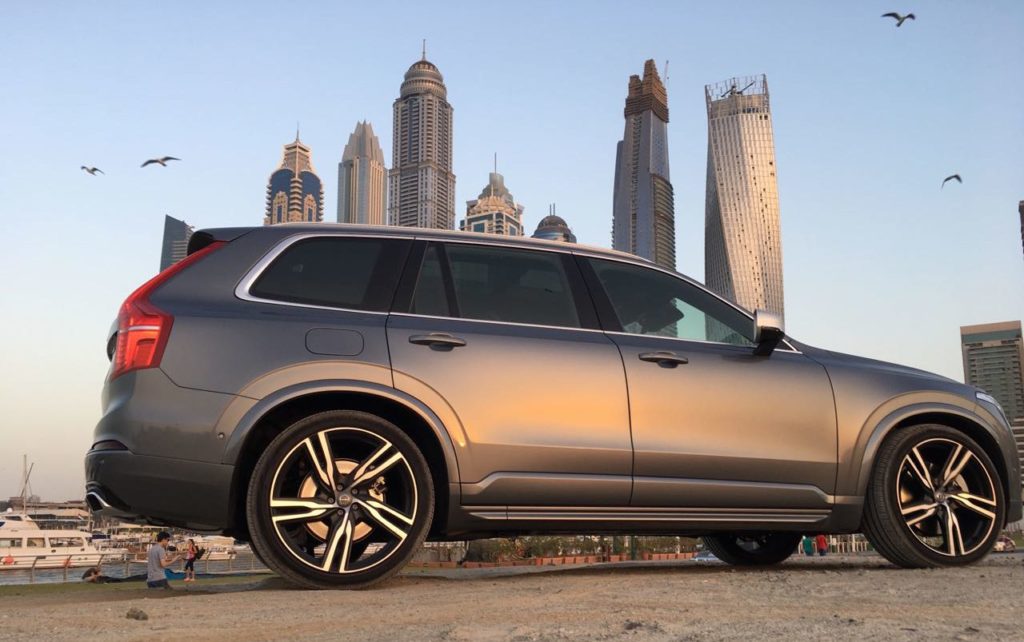 The 2016 XC90 is an attractive, luxurious large SUV that strives to beat its rivals by efficiency, safety, technology & a dose of Scandinavian flair. Almost everything about the car is unique – the platform, the powertrain, the infotainment system & the safety package. They say Volvo has invested billions of dollars in R&D to come up with this vehicle. And yes, it shows.

The test-drive model was the XC90 T8 Plug-in Hybrid R-Design Polestar. It runs on a 2-litre, 4-cylinder turbo-charged & supercharged engine, along with an 80-hp electric motor that can join the band or play solo.

Having driven the car for 3 days, I appreciated why it has won more awards than any other SUV in the past 12 months. It’s a very smart & safe car that is surprisingly engaging to drive. It has loads of high-tech safety features, as well as several handy convenience functionalities. I was really impressed with the style & technology. And with its air suspensions, the car drives really smooth & can go up and down according to drive modes.

There are several reasons to love this car. First of all, Thor’s hammer LED headlight. Second, the all-new Drive-E powertrain. Third, the plug-in hybrid with 4-wheel drive, ultra-low emissions, and a combined output of 400 horsepower and almost 630 Nm of torque. Fourth, the innovative, flexible platform (Scalable Product Architecture) Volvo has built it upon. Fifth, the appealing harmonious design with high luxury & super advanced safety & comfort for all the seven passengers the car can accommodate. 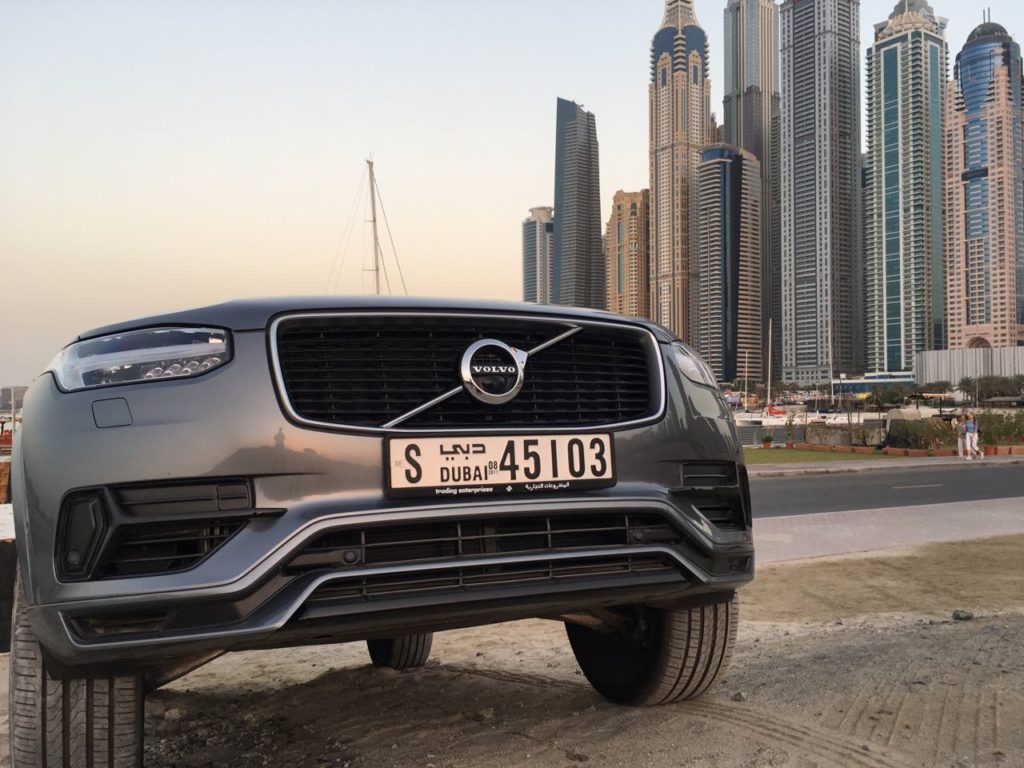 To be more precise, I would put my falling in love with this vehicle down to 2 key factors. First, I am a huge fan of technology; and this car has it in abundance. Second, I am fond of minimalist design in general; and this car has the most beautiful minimalist interior design of all the cars I’ve ever driven.

Looks are not deceptive with Volvo!

When you spot this car on the street, you immediately recognise it’s a Volvo. There is some signature design to it that you can’t miss.

The R-design model is quite remarkable. It has sharper looking wheels, more beautiful looking silver mirrors, and bigger wheels. 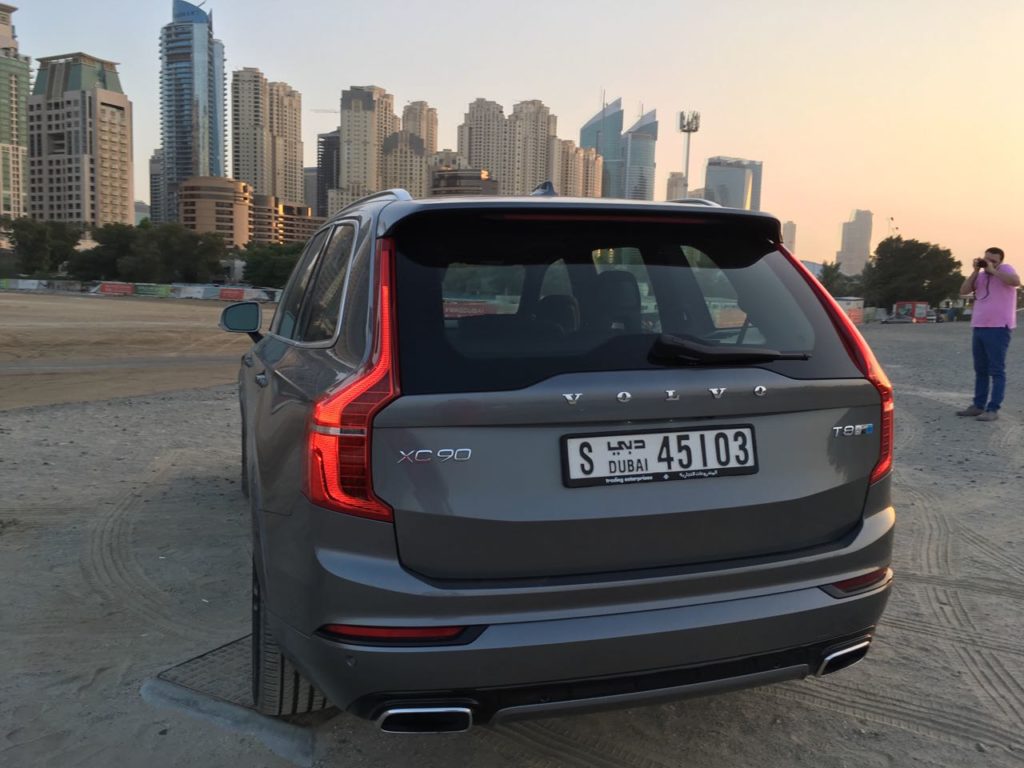 Visually, the car looks lighter than its competitors. It looks slimmer than its German rivals. It still weighs almost as much. In the end, this is a premium luxury full-size SUV. So, it is heavy. The hood cover feels too light though. And the fact it has a small engine helped it lose some weight too.

Under the hood lies an inline 4-cylinder engine. Now you must be thinking that’s quite a small motor for such a large vehicle. Well, with the wonders of forced induction, small engines can act big – big. There are supercharging & turbocharging. This car has both: it’s twin-charged.

On top of that, it has a plug-in electric engine. That’s a rare blend in today’s world. And with their powers combined, this car can make 400 horsepower and 639 Nm of torque that allows it to hit 100 kilometres per hour in just 5.7 seconds. This is as quick as sports cars ten years ago. What makes this car stand out is that it uses the supercharger’s powerful low-speed torque together with the turbocharger’s remarkable high-rpm horsepower at the same time. Thanks to this amazing combination, this relatively small engine deliver power and performance equivalent to those delivered by engines three times its size. Moreover, it is mated with an advanced, crisp-shifting 8-speed gearbox that works in harmony with an all-wheel-drive system & multiple modes of driving.

Inside the cabin, there’s enough room for seven passengers with very comfortable seats & plenty of head & leg rooms. And as the car had been based on the Scalable Product Architecture (SPA) chassis, it was developed with the battery pack in mind from the beginning. Thus, the hybrid system did not come at the expense of interior or luggage space.

Volvo has managed to package all of this in the same platform as conventional XC90 models without sacrificing the cabin, cargo space, or third row room, or diminishing the 5000-pound towing capacity.

Seats are very comfortable & adjustable in multiple ways. As a tall person, I particularly liked the lower-leg cushion which goes further out providing better comfort to the legs.

Another feature I enjoyed was the laminated panoramic sunroof that gives the XC90 an airy feel. Not to mention the 4-zone electronic climate control, which allows passengers to adjust the temperature in their zones individually.

There is also a remarkable perk that is limited to the T8 model: a single crystal gear lever made by Orrefors of Sweden. Alongside it lies an ignition knob that turns right & left to start & stop the engine – instead of a push button.

Minimalist design at its best

Through its new infotainment system (Sensus), Volvo has managed to reduce the clutter of buttons you often see on most cars’ dashboards. There are only a few physical buttons on the dashboard: basic controls for the audio system, defrost buttons, hazard lights button, and a button to open the glove box. Everything else is accessible & adjustable via the central touchscreen. However, I wish the physical buttons had included the air conditioning basic controls instead of the audio system ones. Touchscreens could go wrong, hang or even malfunction. One wouldn’t bother driving a car without music for some time, but would surely suffer driving one without A/C, especially during the burning summer time.

Thanks to its intuitive and feature-loaded infotainment interface, this car has received the “Best Auto Tech Award”.  The 9-inch, the central touchscreen is so easy to use. It’s more like an iPad. You can pinch, zoom & double tap. It has an intuitive user interface with beautiful graphics and it’s just the right size. With it, I could configure, control, adjust & personalise the inns & outs of the car. 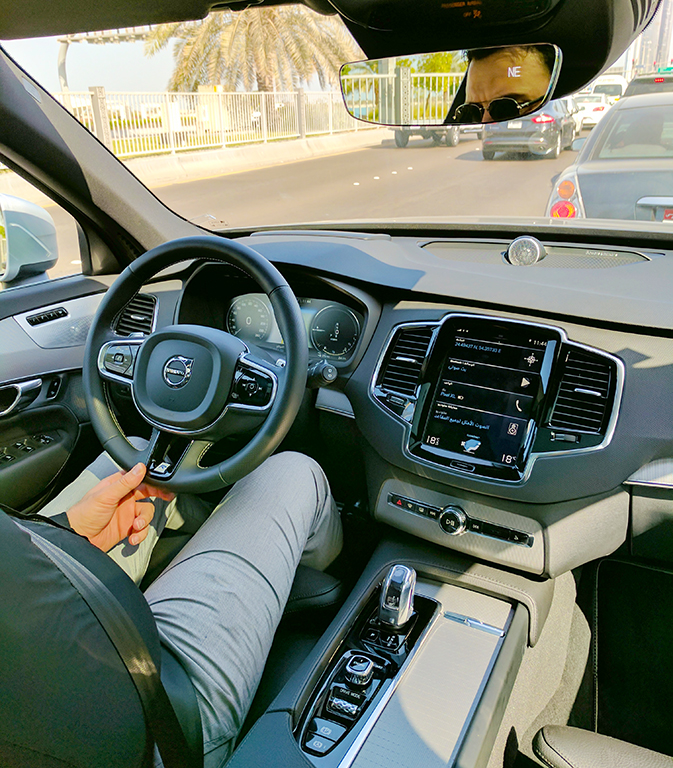 And with Apple Car Play, I managed to set up my iPhone & access all its data easily. This feature turns the 9-inch touchscreen display into a giant iPhone, especially that the touchscreen has a “home” button that takes you back to the landing screen where the main menu is.

In addition to comfort & safety, Volvo has ensured the driver & passengers are well entertained by equipping the car with an amazing audio system from Bowers & Wilkins. It boasts 1400 WATS and delivers stunning clarity and separation. Ten high-quality speakers are tucked away to provide the incredible sound.

And if you sometimes don’t fancy using the touchscreen, you may use the controls on the steering wheel to adjust different settings.  Alternatively, you could also use the voice control which came in handy at times when I didn’t feel like reaching out the central screen. By voice commands, I could turn on & off features, phone contacts & adjust settings.

With all these advanced features, the heads-up display feels a bit secondary in comparison. I’m not quite a fan of this feature in general as I enjoy looking at proper gauges, but it’s a great feature for many other drivers. It usually shows your current speed & the speed limit of the road. And when you exceed the speed limit, the digits begin flashing, so you get alerted & slow down. What also appears on the heads-up display are navigation instructions when the navigation system is in use. And as you approach your next exit, for instance, the road & your upcoming turn would be displayed.

Switching on the advanced safety features, such as lane assist & auto braking, together with the adaptive cruise control, and the pilot assist feature – which automatically steers the car for you, the XC90 becomes a nearly self-driving vehicle. It can completely drive itself on highways using sensors to track the car in front of it & follow it at a certain speed, maintaining a certain distance you could control. However, you need to hold the steering wheel once every 15 seconds or the pilot assist will disengage itself.

As I was driving the XC90, I would feel the steering wheel directing itself into the correct position within the existing lane. In the beginning, it felt a bit weird, but I quickly got accustomed to it. And now I’m finding my car lacking so much without this feature!

As for parking, the car has such an advanced auto parking system that enables it to park itself in & out by simply hitting the “P” button in the centre console. And the 360-degree cameras are helpful indeed when parking. The cameras & sensors carefully monitor the surroundings & alert you when you are getting too close to anything on any side of the car. 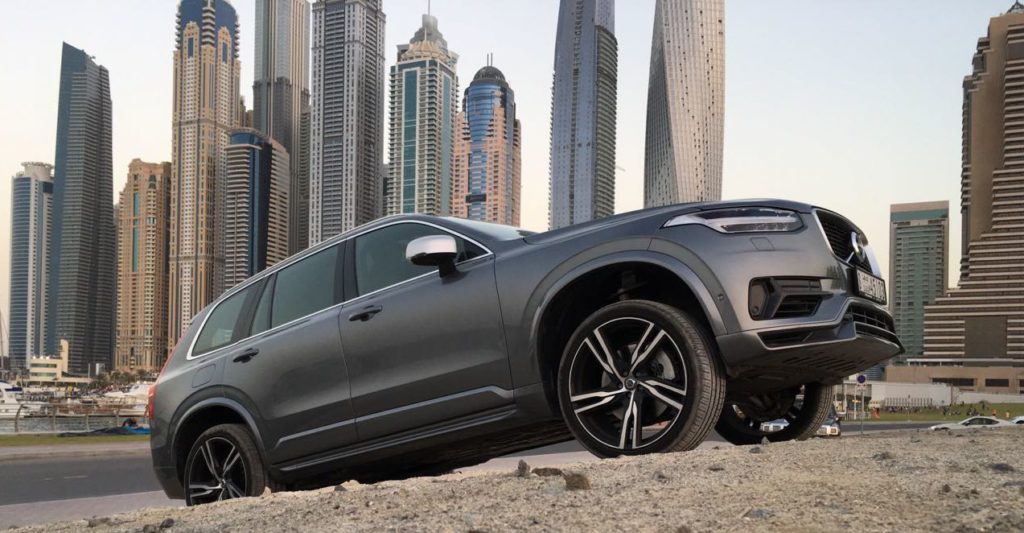 The vehicle is also equipped with many other technologies to assist the driver, including a collision avoidance system that proved very effective throughout my test.

Other sensors reside underneath the car to make loading and unloading easy. Just move your leg under the car and the boot will open or close. It’s quite handy when you are carrying a lot of goods.

The T8 has several drive modes that can be selected via a distinctive, silver rolling wheel behind the gearshift lever. On “Pure” the car runs on electricity only for a range of 20 kilometres. The “Save” mode allows you to use the petrol engine’s power to charge the electric motor. However, the car consumes more fuel to do so. There’s also the “Power” mode if you need a lot of power, whereas the “Hybrid” mode is the best for general driving. Also, there is an “All-wheel –drive” option & a dedicated “Off-road” one too. 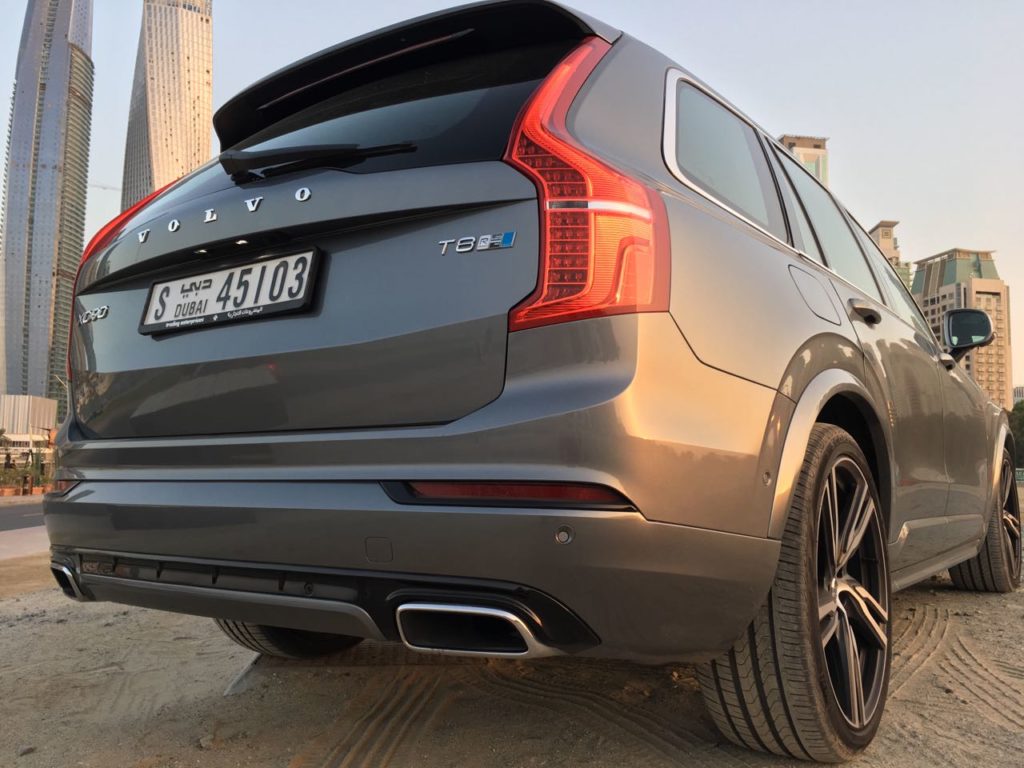 Volvo engineers are real wizards for their new twin-engine drive-train generates 400 horsepower and 630 Nm of torque with CO2 emissions of around 60 g/km. That’s better than the famous Toyota Prius and its 91 g/km of emissions.

For city driving, the vehicle has an all-electric range of about 40 kilometres. That makes the XC90 T8 an emission-free rear-wheel drive premium full-size SUV. Meanwhile, in the real world

It seems Volvo has a star in the new XC90. The car has been making up more than half of the company’s sales this year. No doubt, its success is well earned.

As far as this part of the world is concerned, the challenge for Volvo is complicated. Everyone seems to respect the brand & appreciate what they do. However, very few would buy any of its cars due to a few other factors that play a big role in the purchasing decision.

The two big concerns for car buyers are perhaps the after-sale support (running costs) & the resale value. Volvo needs to closely work hand in hand with its regional distributors to counter those concerns by designing & introducing excellent schemes that provide peace of mind to those who own a Volvo. Things such as service packages, affordable extended warranties, repurchasing option, etc. There are already good case studies in the region to learn from. And I hope I’ll be seeing more Volvos on the roads soon. 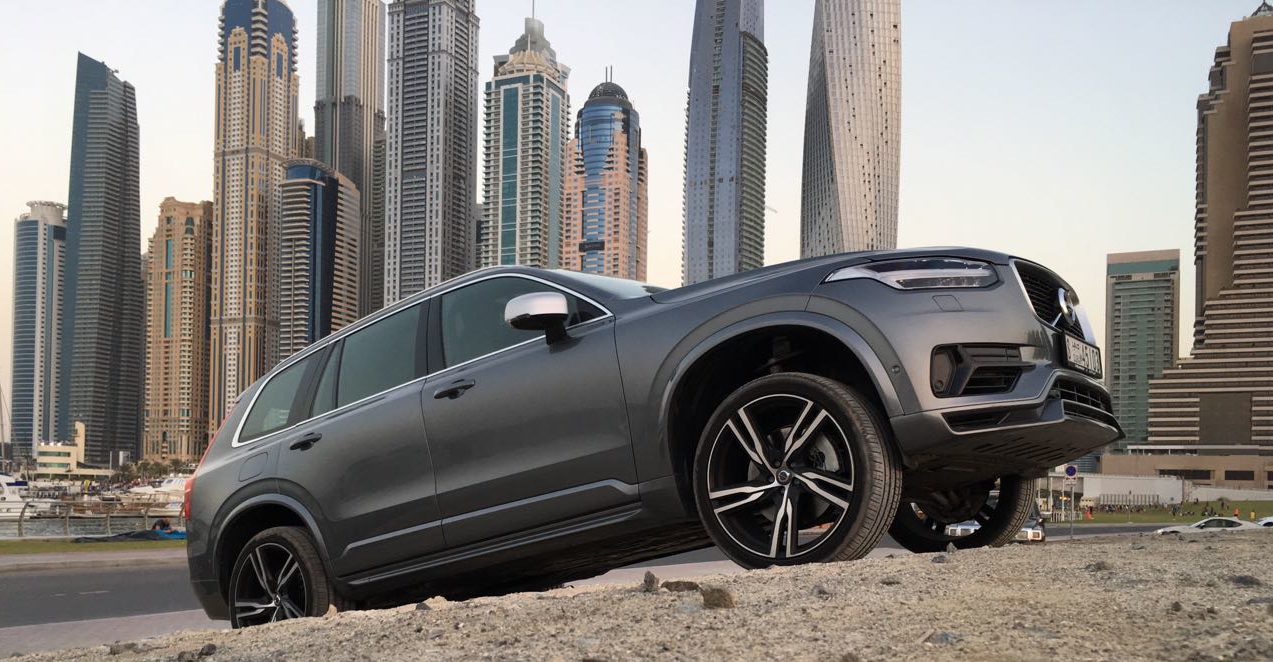 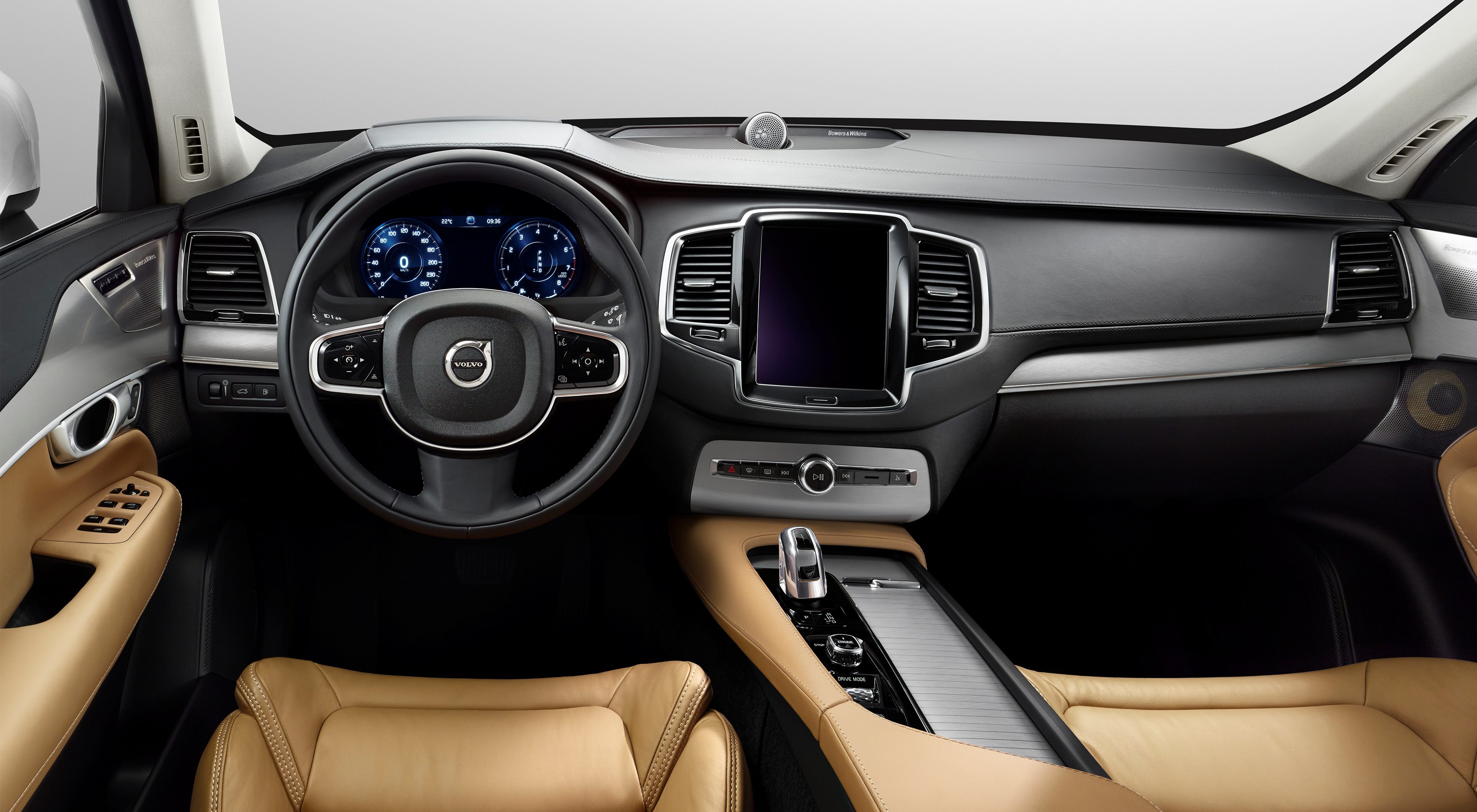 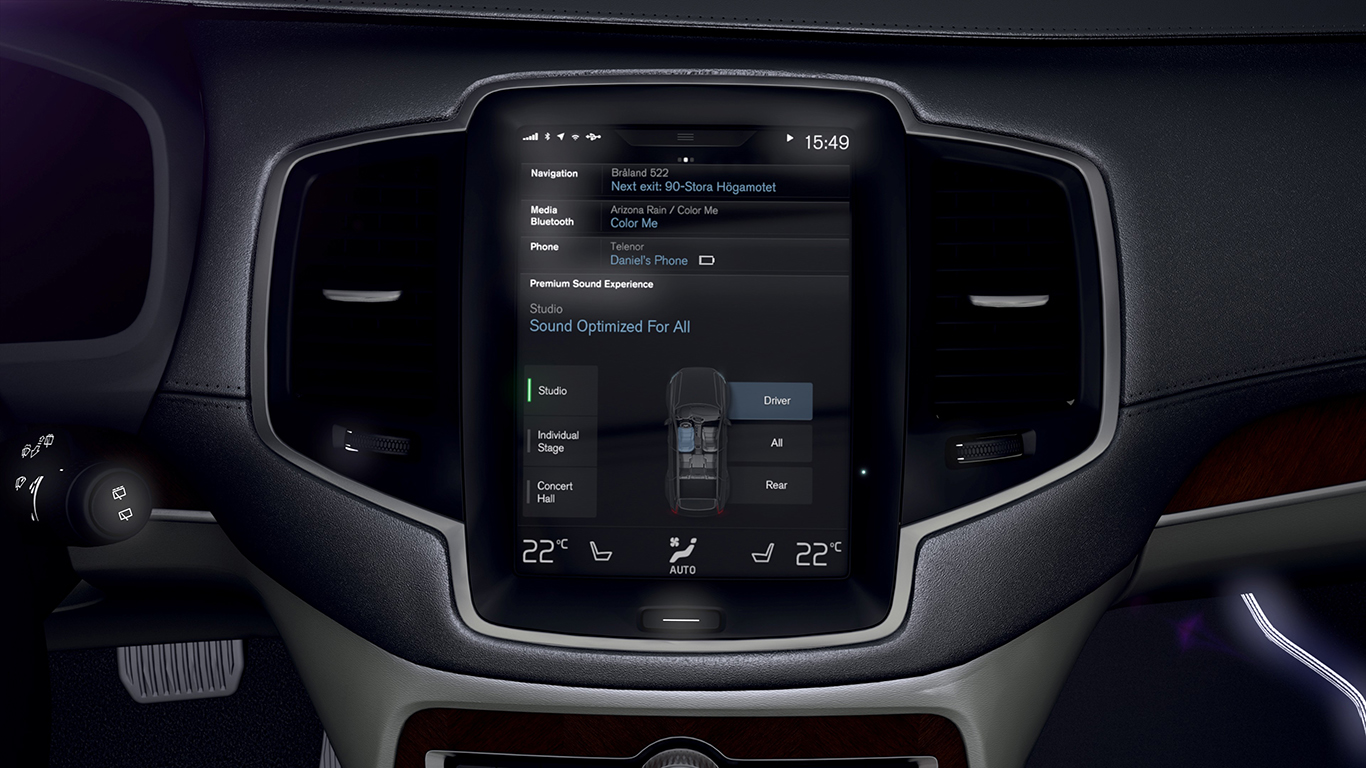 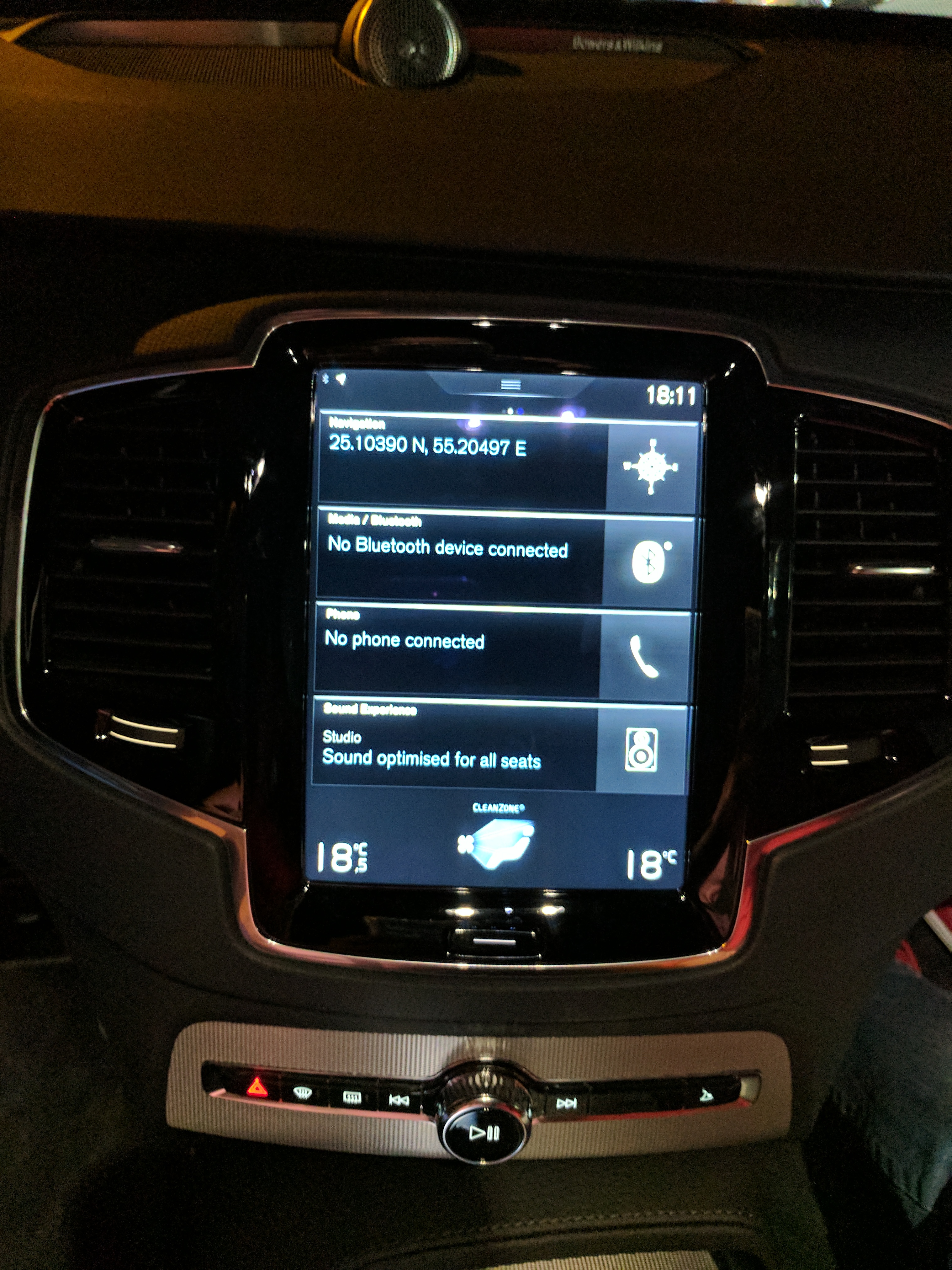 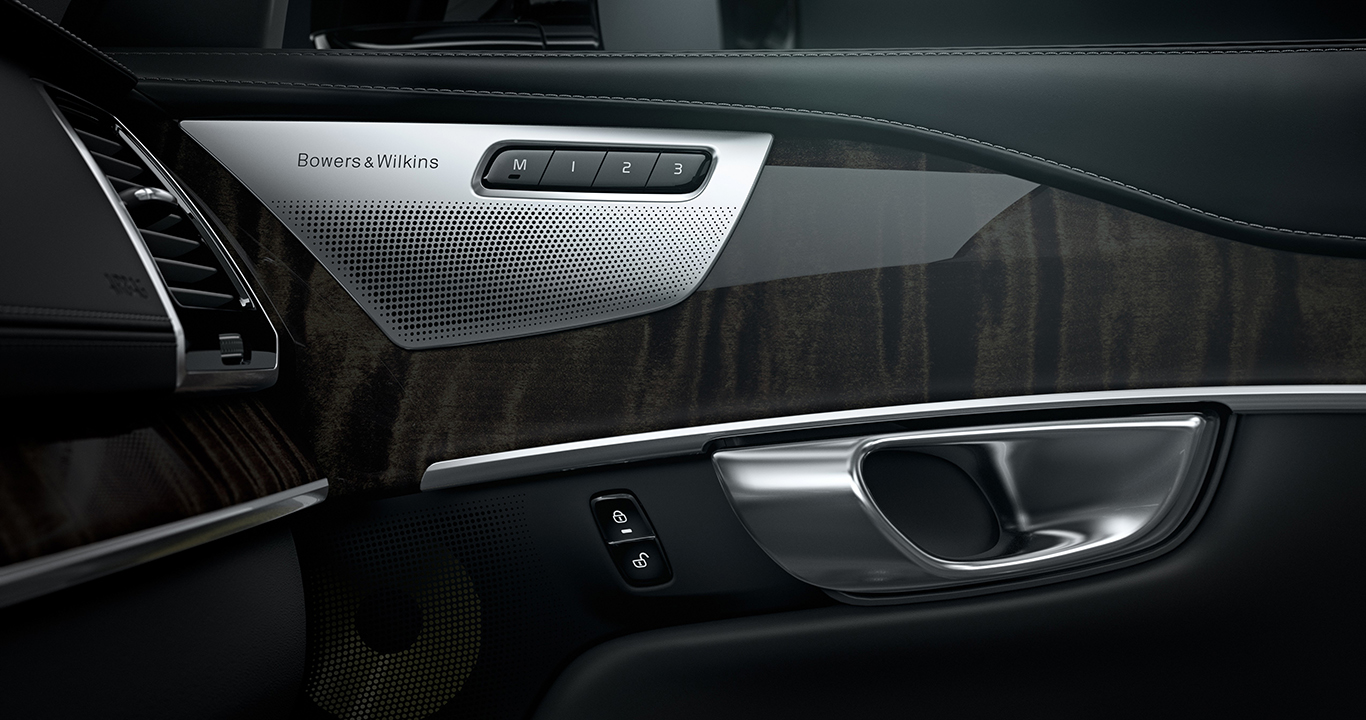 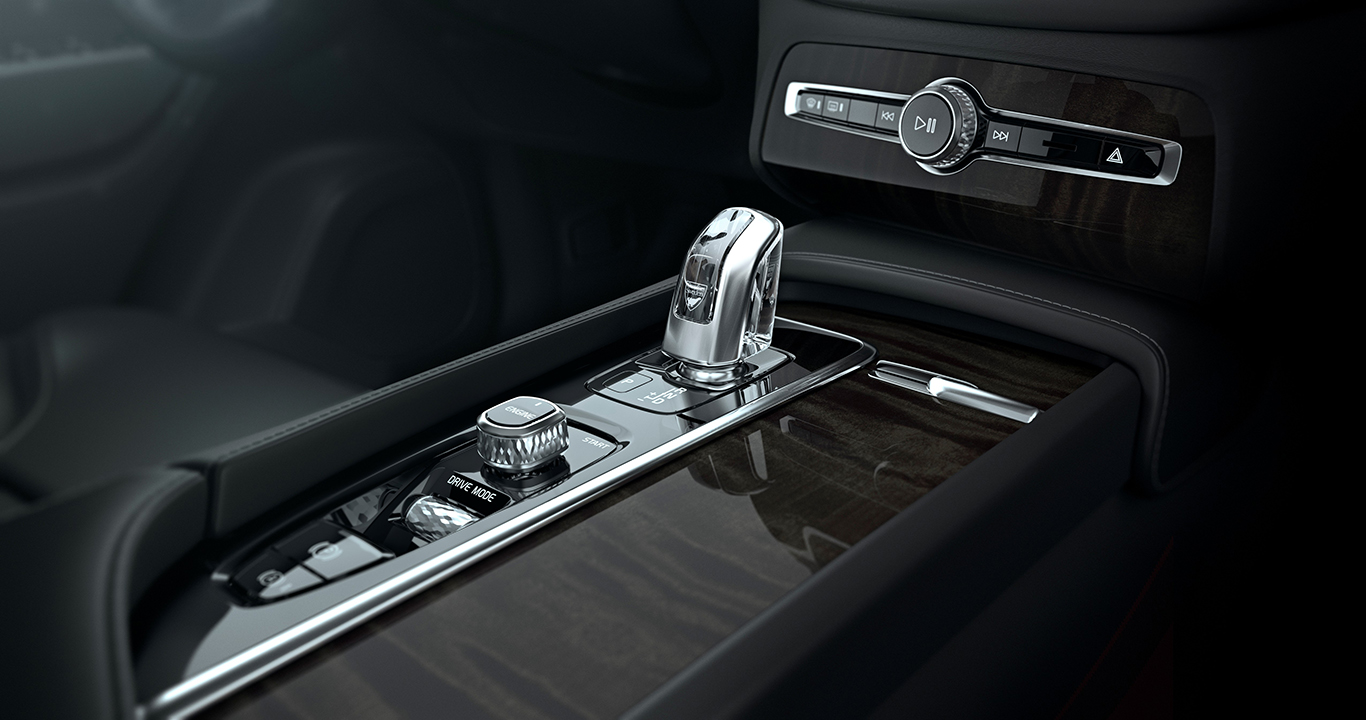 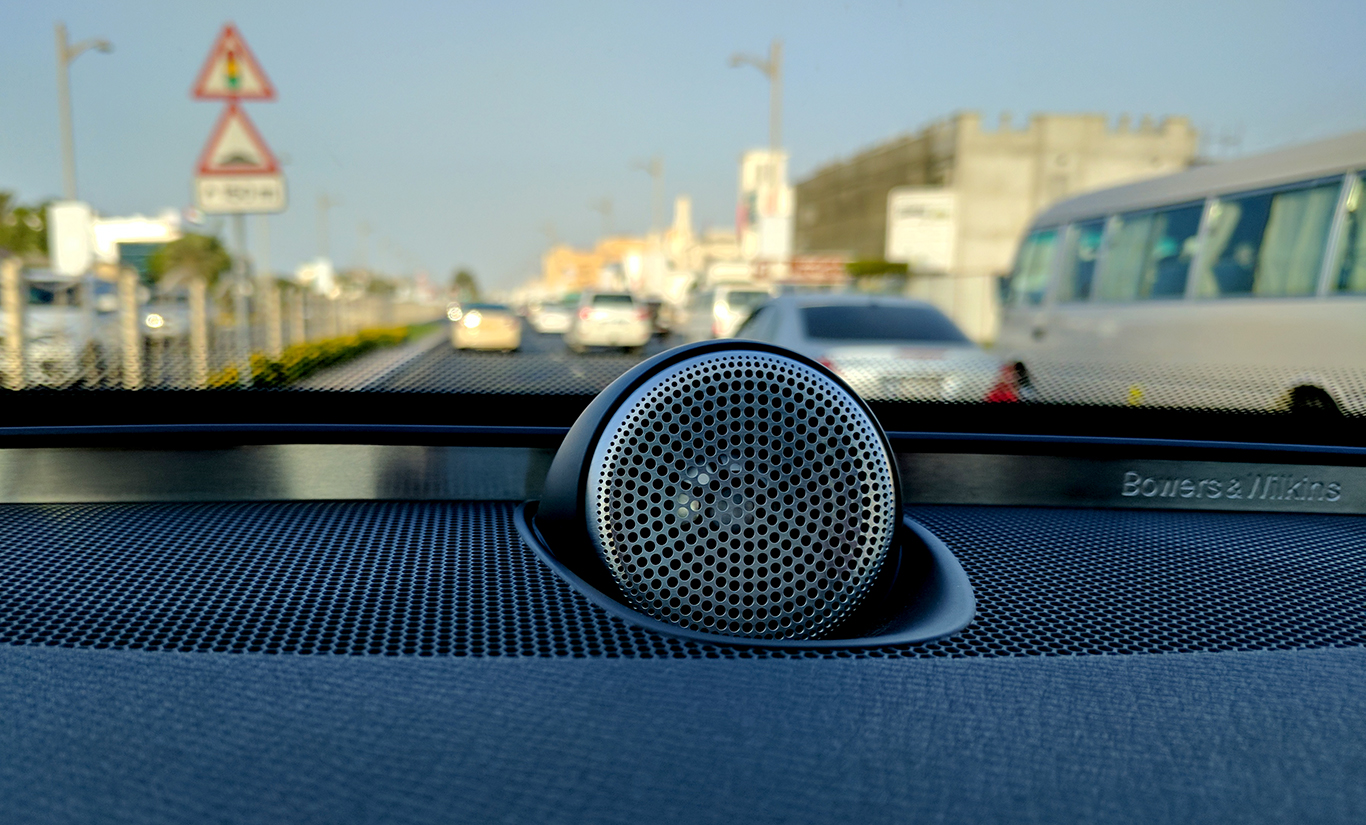 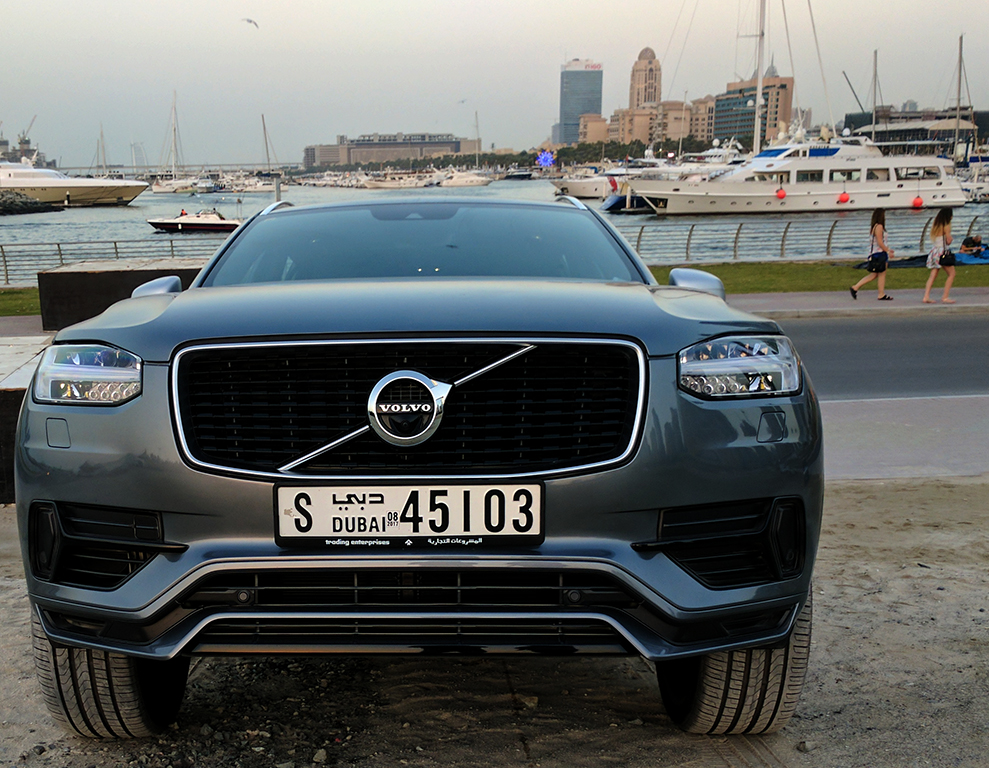 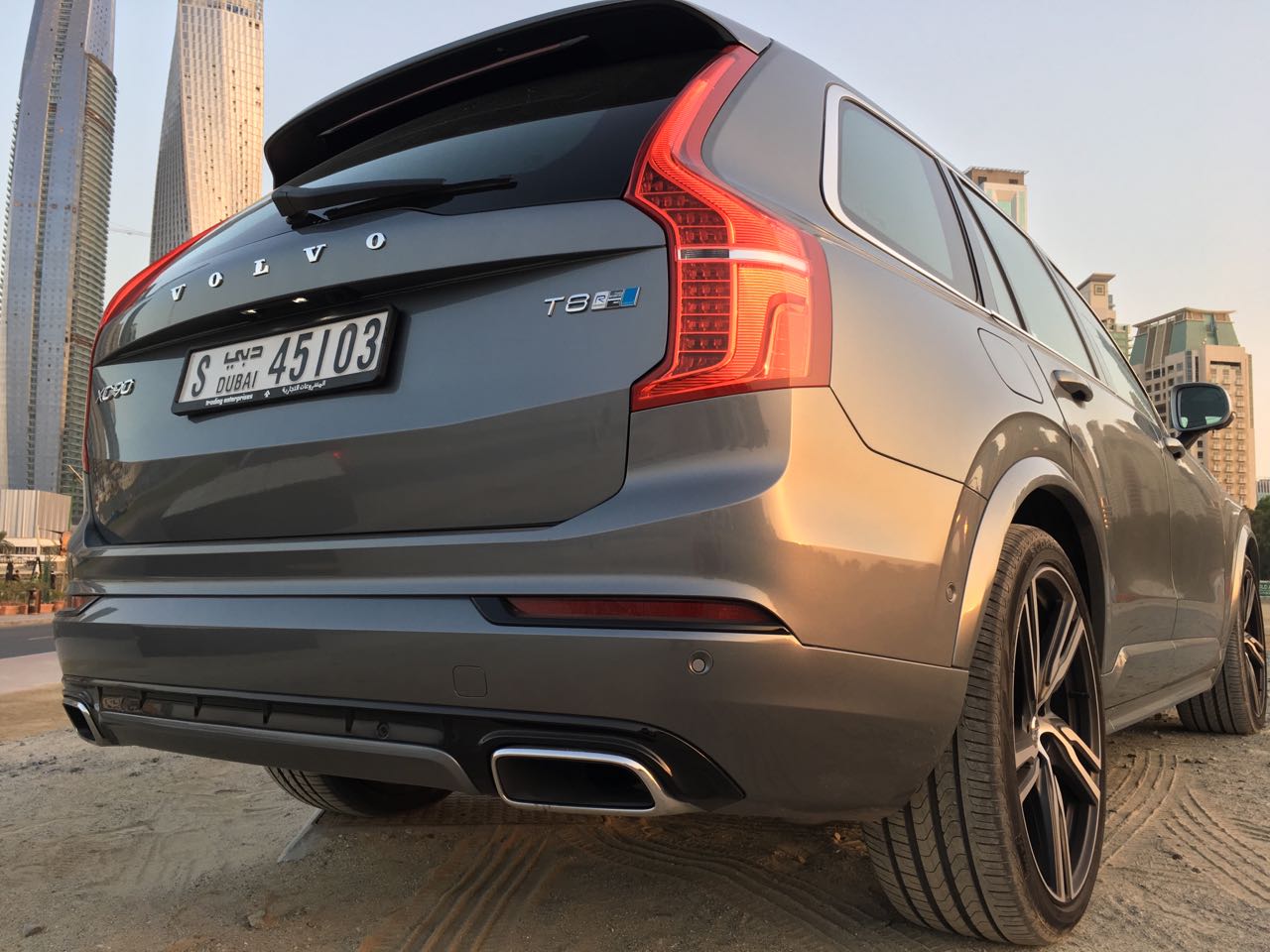 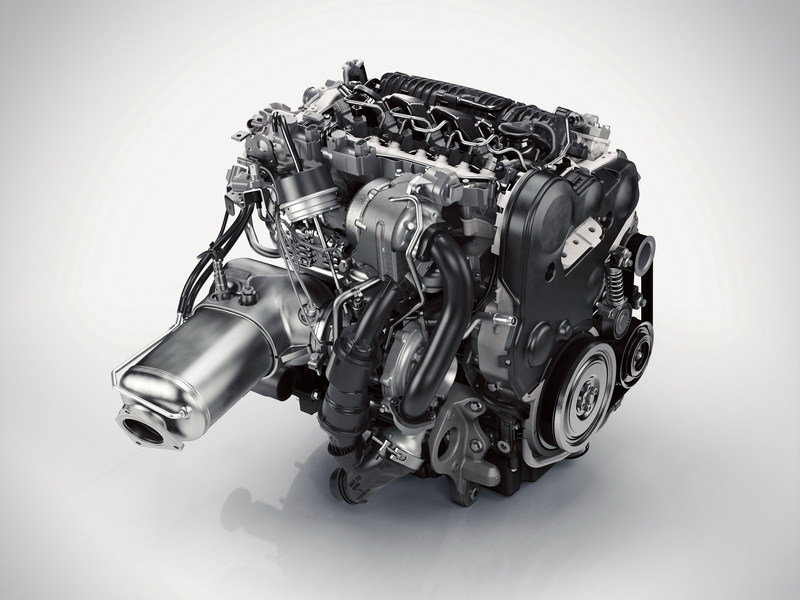 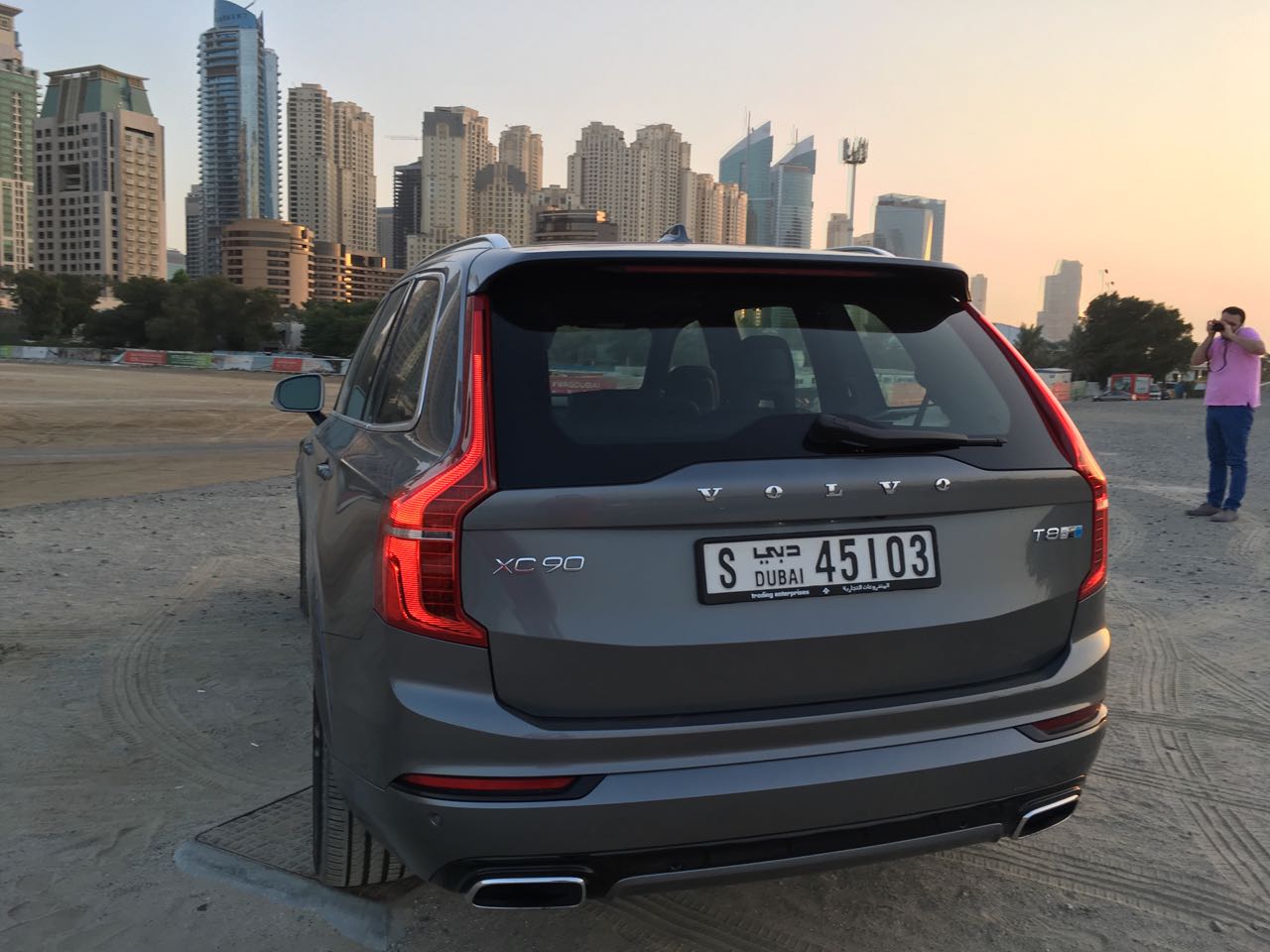 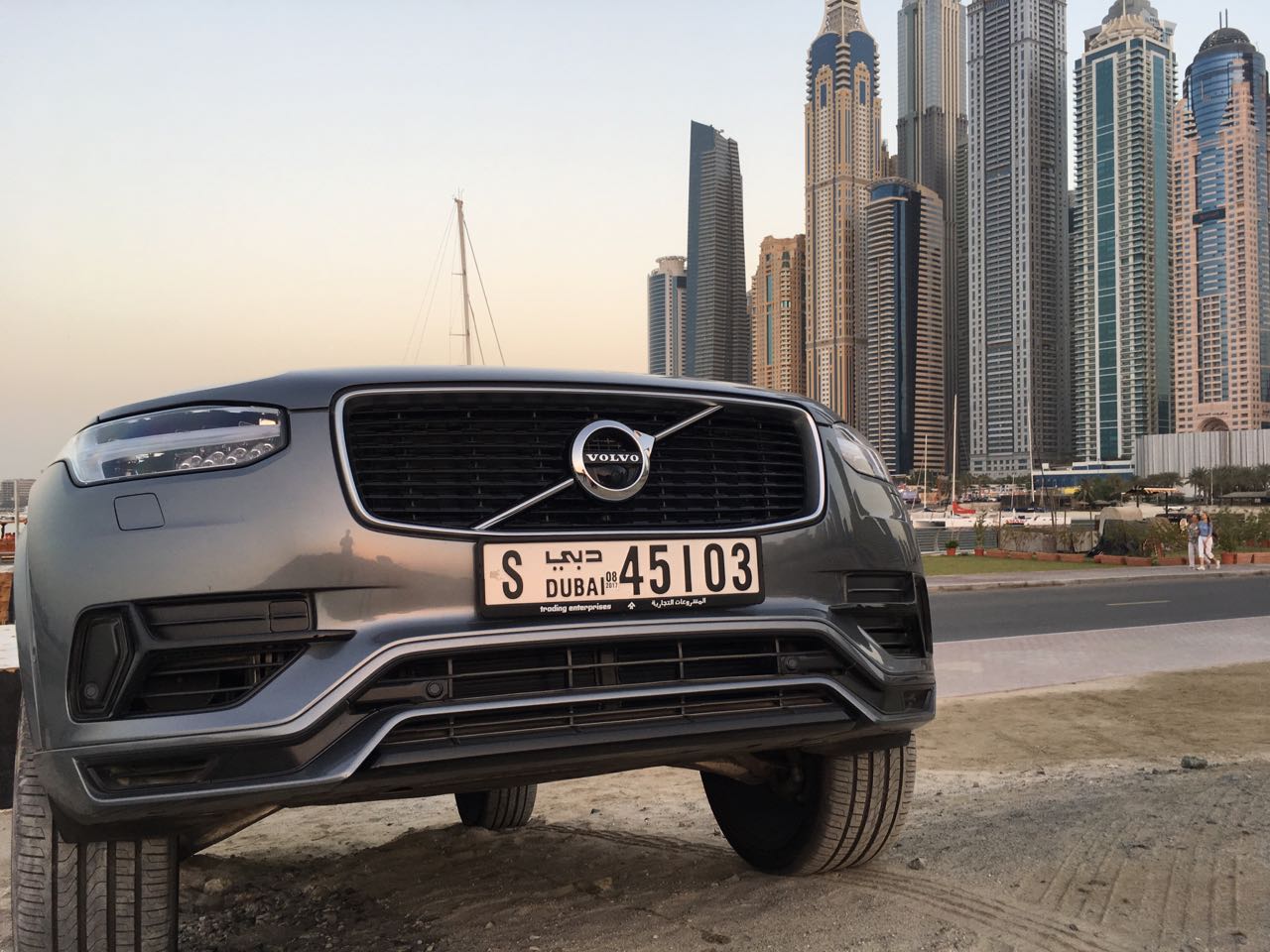 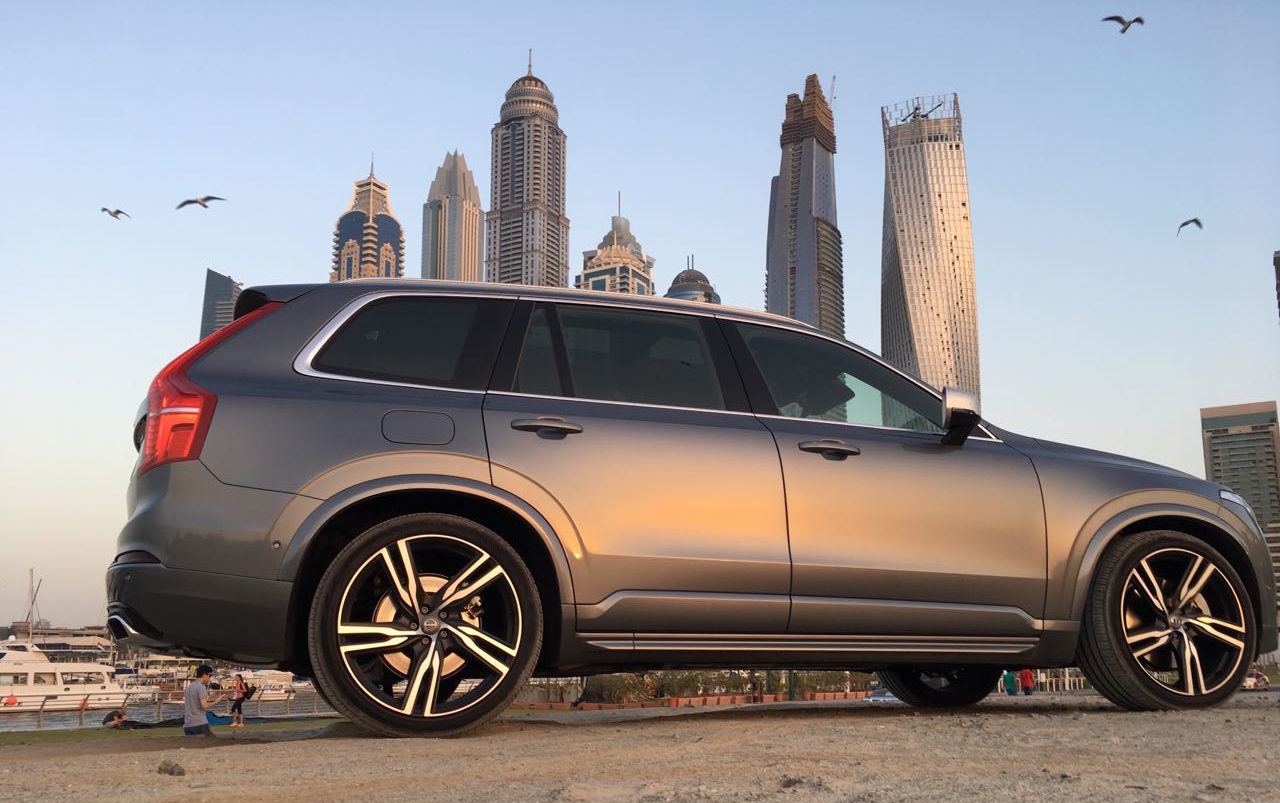 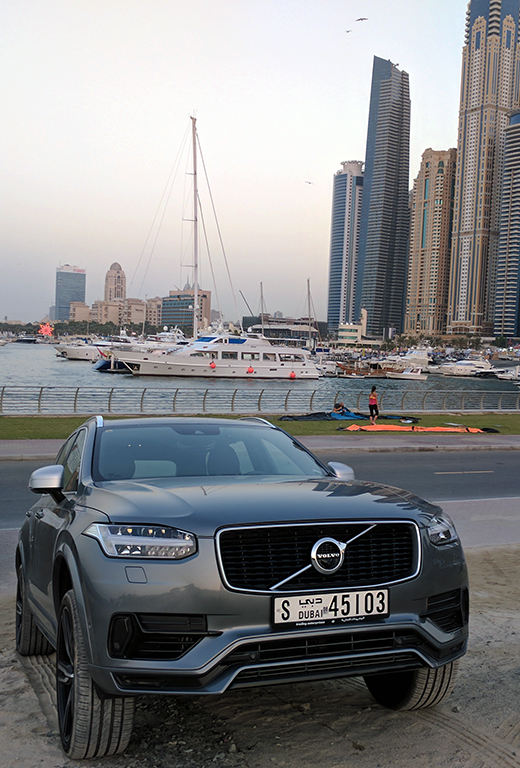 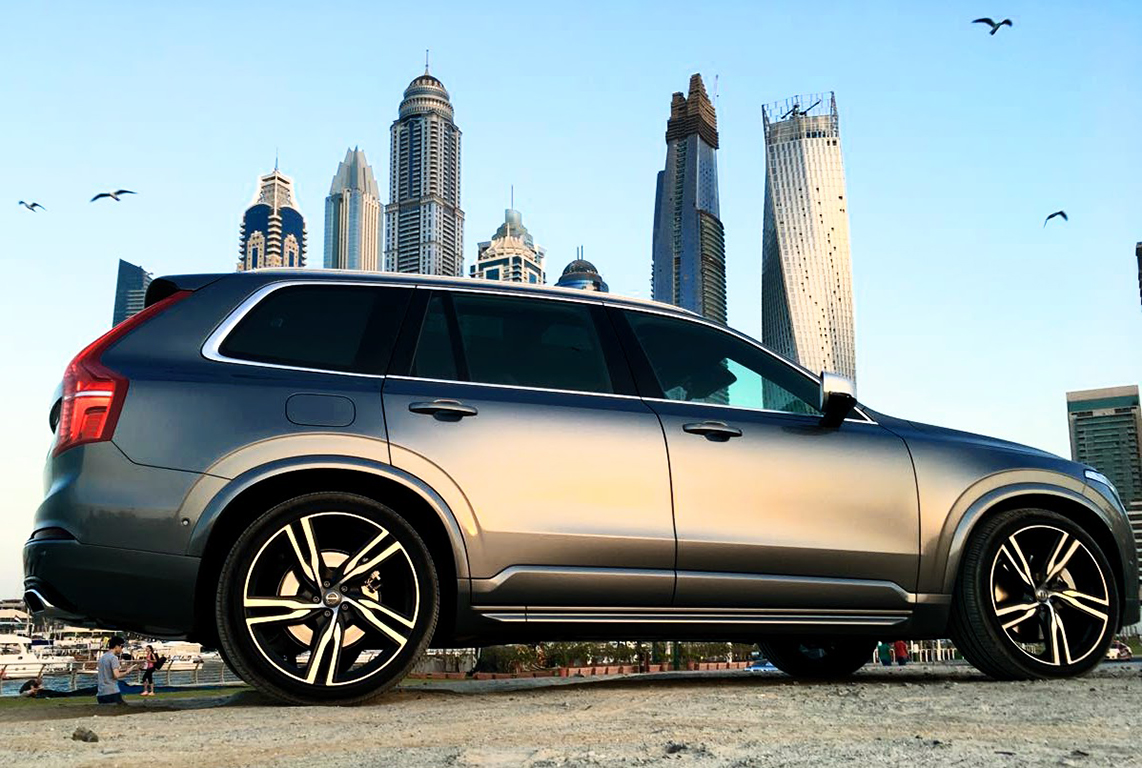