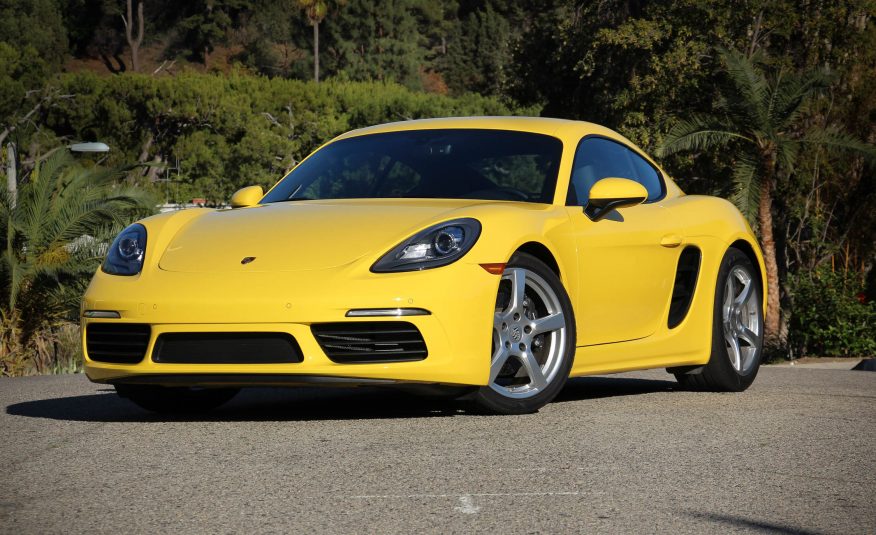 The 2017 Porsche 718 Cayman PDK Automatic Breaks Away from Standards

As many of you may know the Boxster and Cayman have recently received completely retuned chassis, upgraded brakes, and even a newly shared numerical designation—718—to help clarify that they’re simply two variants of the same model. But the most consequential changes by far were the replacement of the sonorous, naturally aspirated 2.7- and 3.4-liter flat-six engines with turbocharged 2.0-liter and 2.5-liter flat-fours in the standard and S models. 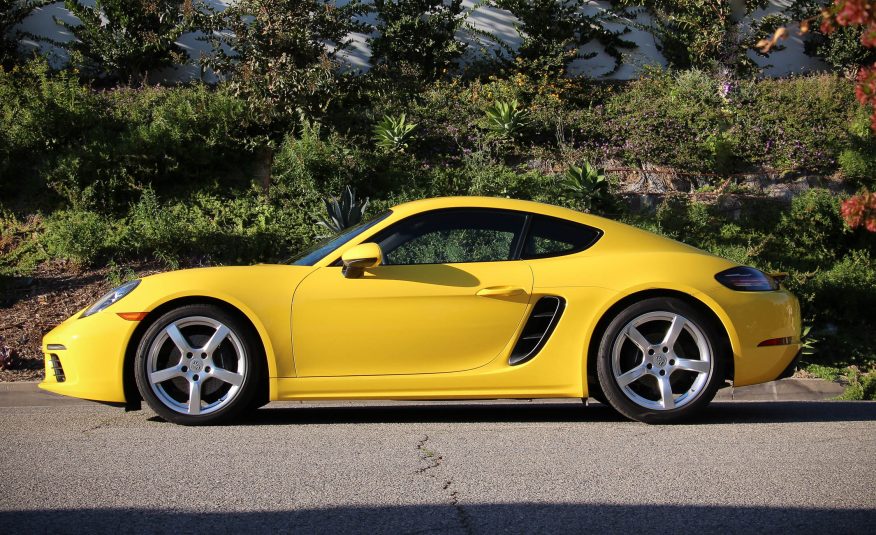 If you’re like us, you worried about how Porsche would maintain these cars’ ebullient characters, so much of which resided in those legendary, mid-mounted flat-sixes, with their peaky but delightfully linear power (above roughly 3700 rpm) and richly mechanized thrum emanating from just behind one’s ears.

Both new four-cylinders are more powerful than their six-pot predecessors, and the cars are offered in some models, transmission, and body-style combinations, with numerous nifty performance options to help sharpen their edges. 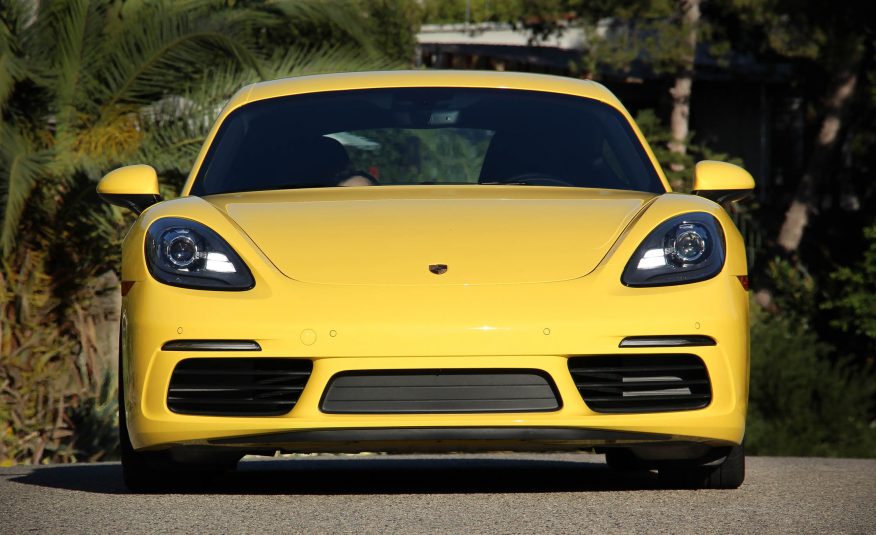 So equipped, this car was about as loud as a standard 718 Cayman can be, and it left a better impression than did the manual-transmission Cayman, which generated complaints of turbo lag. That car also lacked the Sport Chrono package, which brings a dash-mounted stopwatch, a lap timer, dynamic transmission mounts, and a steering-wheel-mounted drive-mode selector with Normal, Sport, Sport Plus, and Individual settings.

Furthermore, the combination of the Sport Chrono package and the PDK transmission enables a “Sport Response” mode that prepares the drive-train to unleash 20 seconds of maximized power; simply press a small button in the center of that drive-mode dial for this over-boost effect. PDK-equipped models with Sport Chrono also add an easily actuated launch-control function. 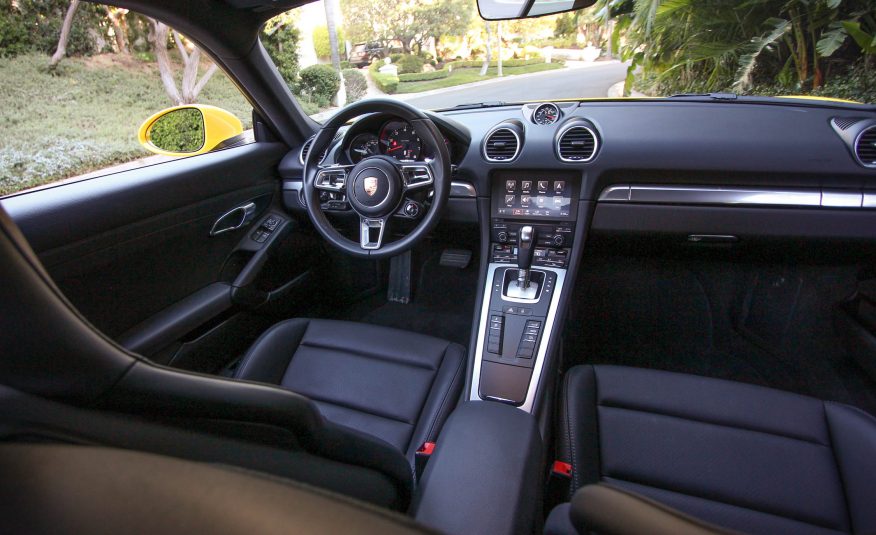 Eager to squirt through holes in traffic

On congested city streets where most of our test miles were accrued, the Cayman felt focused and keen to squirt through holes in traffic, with the brakes capably tugging the car down from speed in the event a wayward texting driver drifted into our path. Deliciously perfect, rev-matched downshifts are a tug of the left paddle away, but even in fully automatic mode, the PDK responds well to a firm stomp on the accelerator.

Thanks in part to the PDK’s ability to keep the torque flowing and the turbo spinning even during gear changes—and also to the engine’s new Dynamic Boost feature, which, in Sport and Sport Plus modes, “pre-conditions” the turbo by holding the throttle valve open after the driver comes off the gas—the frequency and duration of turbo lag is minimized. This engine always feels alert. It’s alert enough to enable the car to split the difference between the manual-equipped standard Cayman’s acceleration measures and those of the PDK-equipped Cayman S. At just 3.9 seconds from rest to 60 mph, this car is only the second Cayman we’ve tested to break the four-second barrier, 0.3 seconds behind the PDK-equipped 718 Cayman S while besting the stick-shift Cayman by 0.4 second. 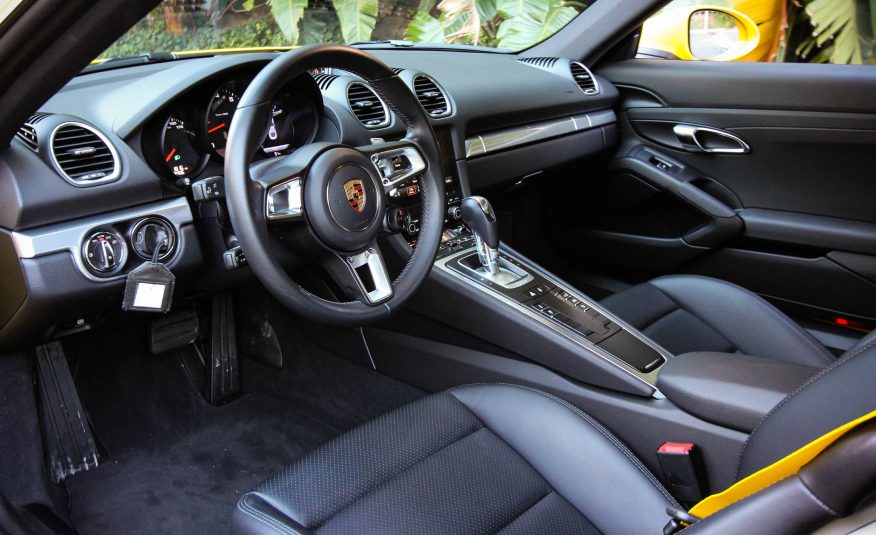 You get the point: The Cayman S PDK model is still the quickest 718 we’ve tested, but this base Cayman with the PDK and Sport Chrono package is not much slower, can carve corners with nearly the same alacrity (1.00 g around our skidpad versus the S model’s 1.02 g), and costs $12,400 less. 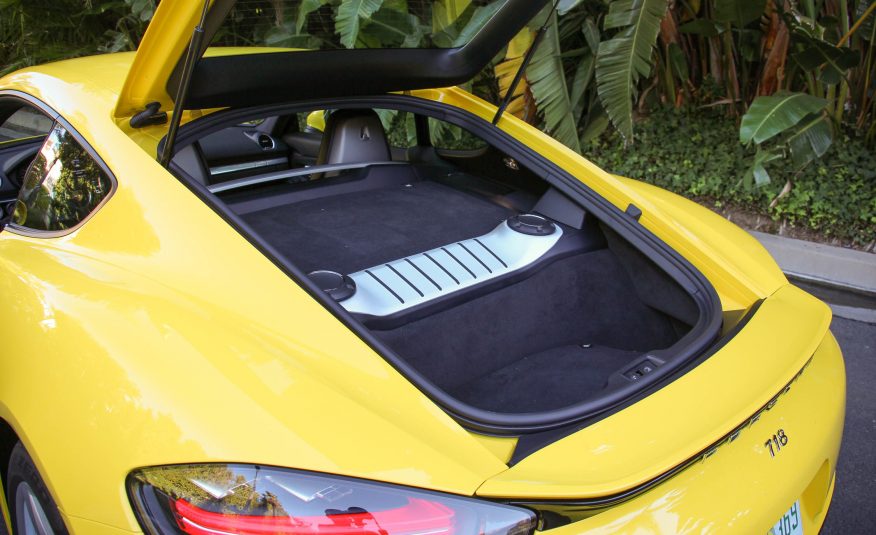 Meanwhile, in the real world

Not all of us at Autoscommunity are in agreement; some of us, including this author, find the new engine note is sharp, unapologetic, and aggressive—perfectly in character with this example, a particularly racy runt of the 718 litter.

2016 Mercedes-Benz GLS 500: A Place of Refuge for Visionaries