Thanks to decades of racing evolution, machines are far more reliable and now can smoothly go the distance of even the most gruelling races. Acura’s engineering A-Team has pushed vehicle reliability even further.

It’s the Honda of Supercars

For Acura, the success of their race cars can be traced to the components and engineering in the famously reliable road cars made for decades by its parent company, Honda, and specifically the Acura NSX supercar. The low-slung, $150,000 hybrid road rocket, which can hit 60 mph in 2.7 seconds on the way to a top speed of 191 mph, has delivered virtually bulletproof reliability in its five years on the road. It’s the Honda of supercars.

While the NSX has been significantly enhanced for racing performance, the GT3 Evo race cars fielded by Meyer Shank Racing is in some ways a “dumbed-down” version of its street counterpart, without the high-tech hybrid, an all-wheel-drive system that contributes to the NSX’s status as a supercar.

The GT3 engine, according to Acura, is a direct carryover from the one in the production car, with few modifications. The electric motors that give the NSX its uniquely advanced AWD capability have been removed. 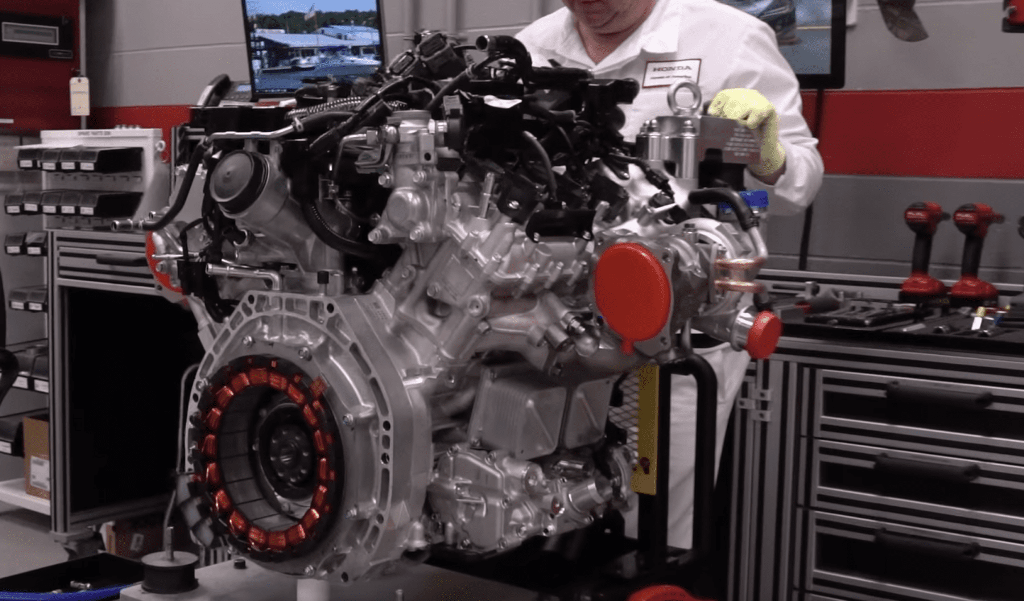 Also, at the Anna, Ohio, factory, a few holes are drilled into the block of the 3.5-litre, twin-turbo race engine for an element unnecessary in the hybrid version—an alternator, to supply electricity to the car’s onboard systems.

The cool thing about this car that the engine rolls off the assembly line in Ohio has a couple of little outside machining bits done to it, and the computer reflashed, then we stick it straight in the racecar. Then it runs 10,000 miles. 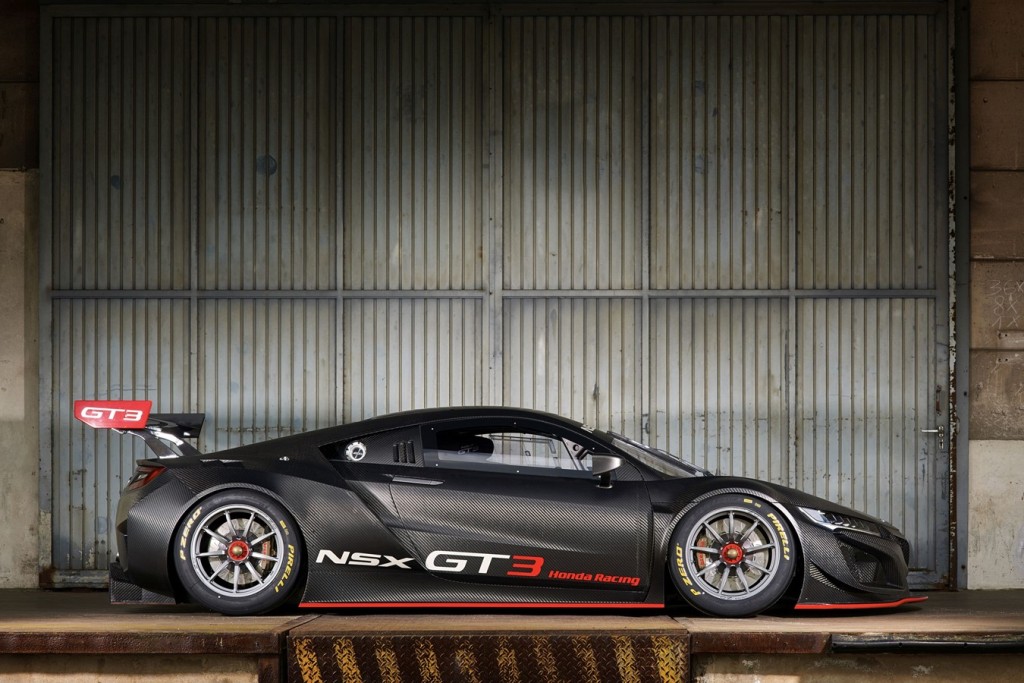 The GT3, developed by Acura Motorsports and Honda Performance Development (HPD), won the championship in its class for Meyer Shank Racing last year. While the engine is barely changed, the cars themselves are much looser interpretations of the production NSX, and the insides look more like a science fair project than a production NSX. The GT3 uses the same space frame chassis as the NSX, but beyond that, it’s all racecar.

The interior is stripped and filled with hoses, cables, and assorted race hardware, and the body panels—mostly aluminium on the street NSX—are replaced with carbon fibre, reducing the weight of the car. An enhanced aerodynamics package, including a rear spoiler and a front splitter that sits just inches above the pavement, creates up to five times the downforce of the road-going NSX.

The GT3 also has a race-spec radiator in the front, which fills some of the space previously used by two front electric motor hardware, while the street car’s nine-speed dual-clutch transmission is replaced with a six-speed race transmission.

On the track, the cars have a different feel in how they corner. On the street version, the front electric motors generate a torque-vectoring effect that manages traction while turning. The racecar will also tend to understeer more.

The overall geometry shared by cars means that other aspects of their driving experiences are similar. The cylinders in the V6 engine have 75-degree bank angle, allowing engineers to tuck the engine low in the car and close to the driver, which, according to experts, generates a lower centre of gravity as well as more instinctual balance and control.

Notably, race cars powered by internal combustion engines have reached nearly unimpeachable reliability just as electrification is beginning to take over. While the WeatherTech championship series doesn’t permit hybrids, plenty of other race series does, including Formula One and the ascendant, all-electric Formula E series. There’s talk that the International Motor Sports Association, which sanctions the WeatherTech series, might permit hybrid powertrains as soon as the 2022 season, but nothing has been confirmed yet. 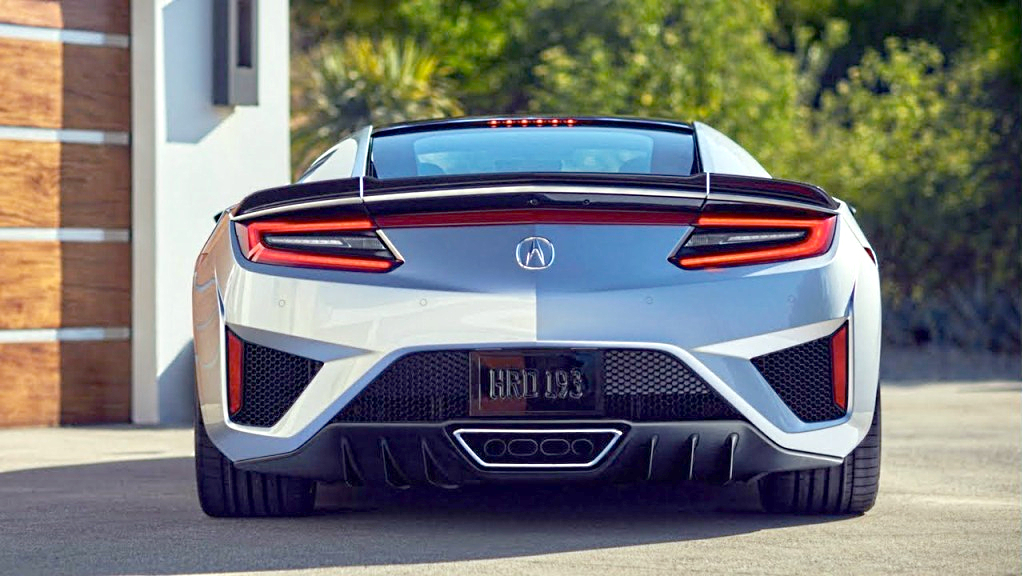 The next race, in Sebring, Florida, on March 21, is another endurance challenge, though only half as long at 12 hours. It’s a good bet, though, that for most teams it will again be more a demonstration of speed and strategy than reliability, which at this point is a foregone conclusion.