Combining hallmark MINI driving fun with a high level of suitability for both day-to-day driving and long-distance travel, the variable 5-seater now gains additional charisma with fresh accentuations for the exterior and interior.

Ride comfort, space and variability define the all-around properties of the new MINI Clubman, its modern interpretation of the classic shooting brake concept establishing a distinctive style within the compact segment. Four side doors and five seats along with a versatile luggage compartment behind the two split doors at the rear ensure a high degree of functionality and the kind of creative use of space that is characteristic of MINI.

Hallmark brand agility is guaranteed by the modern engine portfolio and the high-quality suspension technology fitted in the new MINI Clubman. There is a choice of three petrol* engines, with output ranging from 102 hp to 192 hp (combined fuel consumption: 6.5 – 4.0 l/100 km; combined CO2 emissions: 147 – 105 g/km). If they wish, customers can also opt to combine the all-wheel-drive system ALL4 with the most powerful petrol engine. The model range will be supplemented at a later stage with the new edition of the extremely sporty MINI John Cooper Works Clubman.

The new MINI Clubman: an overview of the highlights

The body design of the new MINI Clubman is stylish, individual and exclusive. Its distinctive proportions result from a body corpus modelled in tight, sporty style as is typical of MINI, a dynamically elongated roofline and a steep rear. Also, the split doors consisting of two laterally opening wings make it the only model in the compact segment to offer six doors, along with outstanding versatility since the luggage compartment can be extended from 360 litres to as much as 1 250 litres according to needs.

The individual body concept is combined with hallmark brand design elements. At the front of the vehicle, these mainly include the powerfully domed bonnet, the circular headlamps – of which the surrounds are in chrome as standard and optionally in Piano Black – and the hexagonal contour of the radiator grille. The most striking design feature of the new MINI Clubman is the newly designed radiator grille, which now extends across the entire bumper. With powerfully modelled contours and a new structure for the air inlet, it gives the front view a particularly distinctive appearance. The radiator grille is bordered by a slim frame produced from a single piece. The air inlet is separated into six black, horizontal struts, which can be optionally upgraded to a chrome version. Specific features in the front section of the models MINI Cooper S Clubman and MINI Cooper SD Clubman are the hexagonal grid pattern instead of the horizontal struts and the individual chrome strut in the air inlet as well as the latter’s chrome-plated emblem with a red “S” at the centre.

The characteristic look of the new MINI Clubman from the front is also a result of the modified design of the circular headlamps. The standard halogen headlamps now have an enlarged reflector and a striking black shield on the inside. The daytime driving light is integrated into the parking lights in the lower section of the front apron. The optional LED headlamps likewise feature a new design. The modified styling includes LED modules for low and high beam, which generate enhanced brightness, and a shield that is also finished in black. A white ring of light surrounding the headlamps serves both as daytime driving light and turn indicator.

The adaptive LED headlamps with Matrix function for the high beam are available as a new option. They offer a turning light function which can be recognised by an inlay inside the headlamp and automatically adapt their brightness to the situation on the road. In urban traffic and when visibility is limited due to the weather conditions, the side area of the road is illuminated more intensely by adding the dimmed turning light. When driving on motorways, it is possible to increase the range of the high beam selectively.

What is more, the adaptive LED headlamps of the new MINI Clubman now feature an automatic selective dip function for the high beam. Their innovative Matrix technology for the high beam enables the visibility range to be increased while at the same time avoiding any dazzle effect for other road users. For this purpose, the high beam is subdivided into four segments which can be activated and deactivated independently of each other and adapted to the situation on the road at speeds of over 70 km/h. As soon as the front camera of the new MINI Clubman registers an oncoming vehicle or a vehicle driving ahead, the space that vehicle occupies is only illuminated at low beam brightness.

LED fog lamps are available as an additional optional equipment item for the MINI Clubman. These take the place of the standard parking lights and offer an extra daytime driving light function implemented in the form of an LED light right.

The new MINI Clubman is now fitted as standard with LED rear lights. The light units with chrome surround are now uniquely integrated into the wings of the split door. In conjunction with the optional LED headlamps or the adaptive LED headlamps, the horizontally oriented rear lights feature a new design that underscores the brand’s British origins: the graphic structure of their light sources traces the abstracted pattern of the Union Jack. With its striking lines, the flag motif provides a distinctive form of identification – both during the day and in terms of night design. The brake light is now also generated from this newly designed light unit.

Three new colour variants are available to choose from in terms of body finishes. The new MINI Clubman is now available in Indian Summer Red metallic, British Racing Green metallic or MINI Yours Enigmatic Black metallic. As an alternative to body colour, the roof and exterior mirror caps can also be finished in black, white or silver.

What is more, the list of optional equipment items offers further ways of customising the exterior design. With the option Piano Black Exterior for the MINI Cooper S Clubman and the MINI Cooper SD Clubman, the surrounds of the headlights, rear lights and radiator grille are finished in high-gloss black instead of chrome.

Another entirely new offering in terms of optional equipment items is the sports suspension with a lowering of 10 millimetres. This option not only additionally optimises the agile driving response of the new MINI Clubman, but it also lends even more strong emphasis to the car’s sporty appeal.

There is also the option of adaptive suspension. This offers the possibility of choosing between two characteristic curves for the damper set-up using the optional MINI Driving Modes. Depending on the driving situation, this enables a damper response to be activated which is either comfort-oriented or direct and sporty.

Drive: six engines, all-wheel-drive system ALL4 as an option

The engine portfolio for the new MINI Clubman in the Middle East includes one 3-cylinder and one 4-cylinder petrol engines, each of which features the latest generation of MINI TwinPower Turbo Technology. At a later stage, the model programme will be extended to include the new MINI John Cooper Works Clubman. The top athlete of the series is fitted as standard with the all-wheel-drive system ALL4.

At its market launch, the new MINI Clubman will be available in two model variants in most of the Middle East:

The standard range of equipment of the new MINI Clubman includes an audio system with six speakers and a USB socket. This enables the use of audio streaming via a Bluetooth connection. There is also a hands-free telephone facility with USB interface. The standard operating system includes a 6.5-inch colour screen in the central instrument and the MINI Controller on the centre console. The Connected Media option comprises the Radio MINI Visual Boost and a 6.5-inch colour screen with touchscreen function and a newly design graphics display. It is also possible to use numerous online-based MINI Connected services.

Attractive new features are also available as part of the extensive range of MINI Original Accessories. These high-quality retrofit options enable functionality, convenience, riding fun and individual style to be adapted even more precisely to personal preferences in the new MINI Clubman. The latest additions to the programme include side scuttles, exterior mirror caps and the Night Jack roof design, which features the graphic of the British flag in a striking black and grey finish. Furthermore, selected design features in brilliant Piano Black give the new MINI Clubman a discreet, sporty look. This jet black finish is offered for the “Clubman” and “Cooper S” inscriptions as well as for the MINI logo on the bonnet and at the rear. 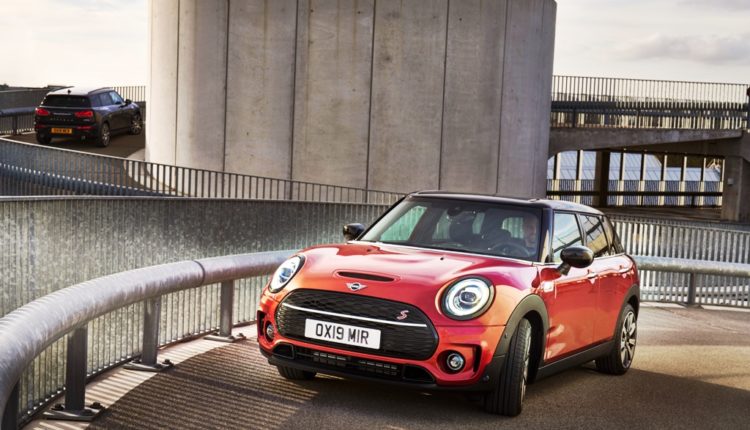 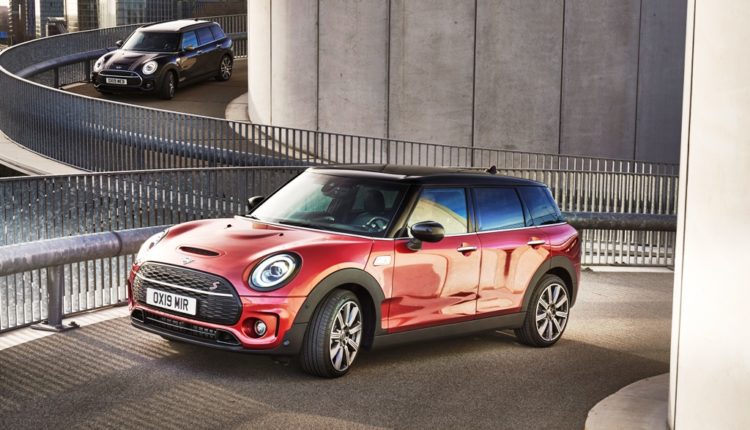 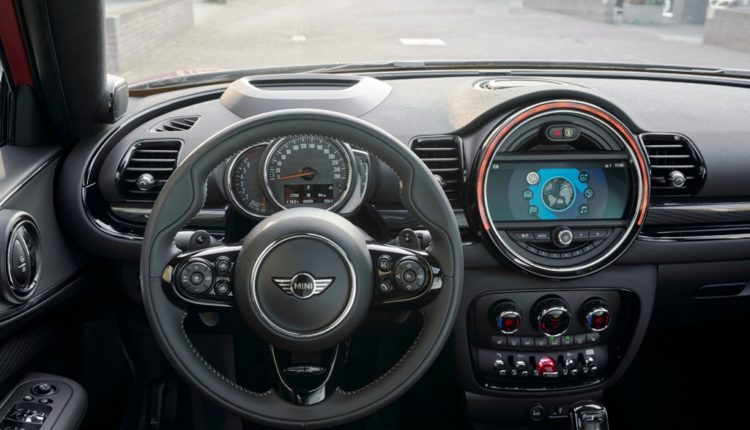 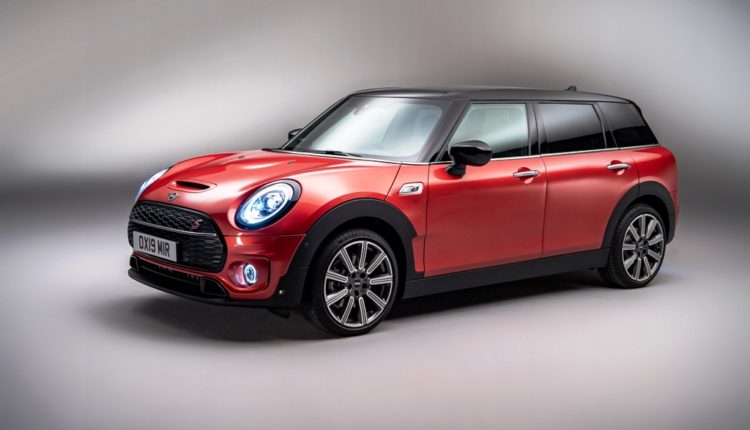 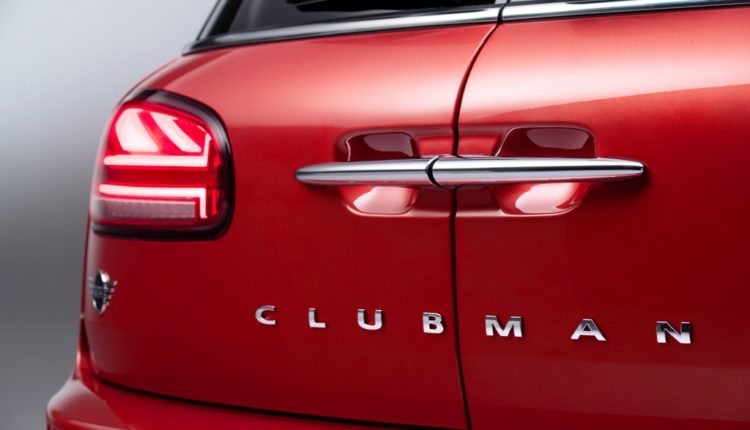 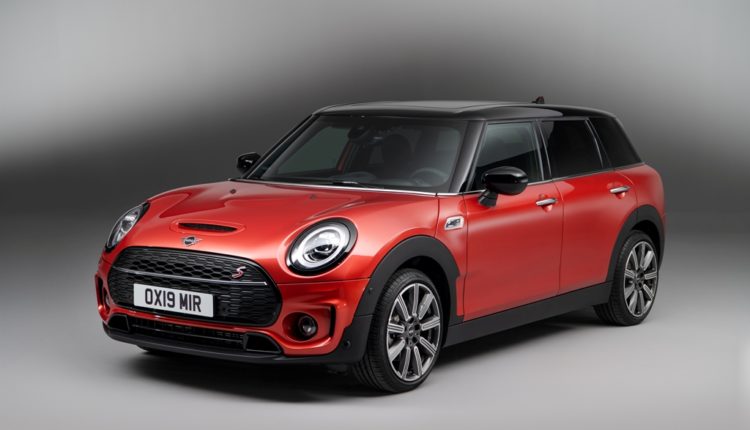 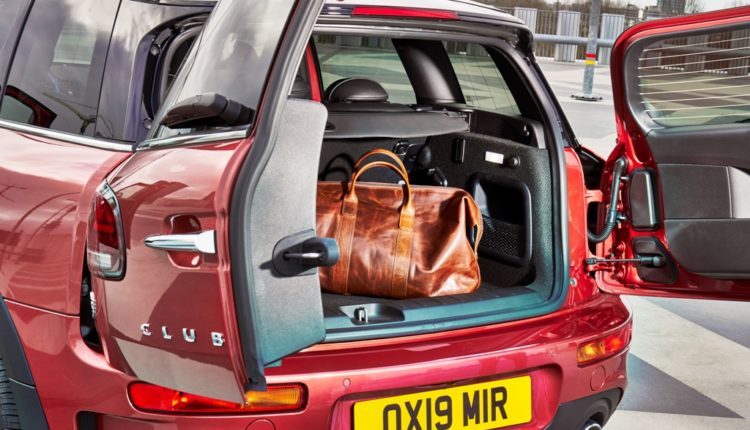 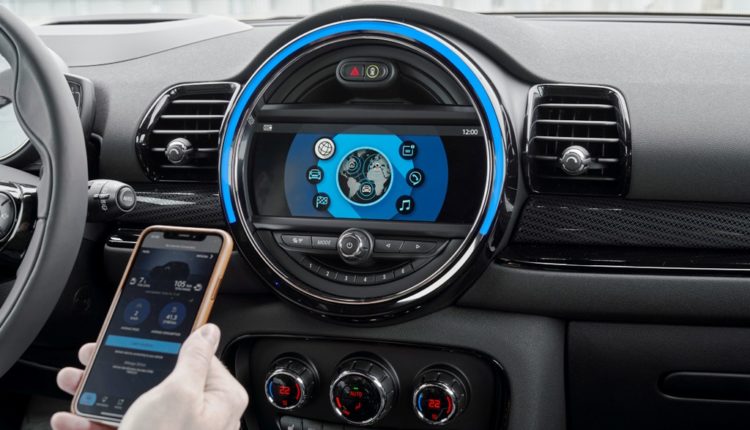