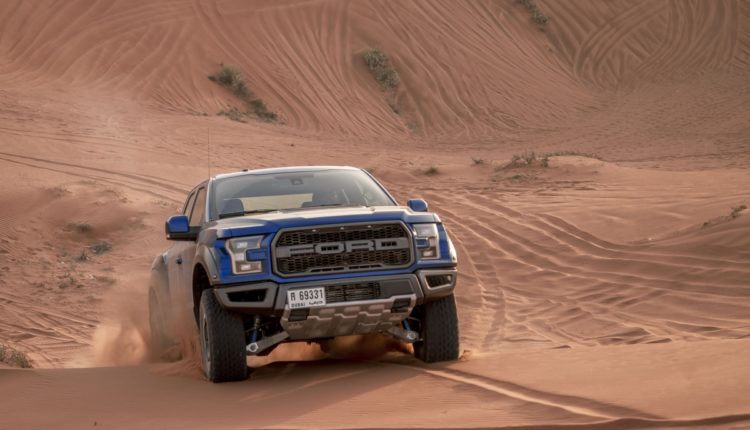 Great vehicles inspire great adventure – and the Ford F-150 Raptor is the perfect tool for thrill-seekers and wanderlusters looking to explore corners of the region that lie beyond the reach of ordinary off-roaders.

With more horsepower and torque than any other truck on the market, the F-150 Raptor’s benchmark dependability and capability in extreme conditions open the frontiers to adventure.

Ford created the high-performance off-road truck segment with the first-generation F-150 Raptor almost a decade ago, and the 2018 truck continues that legacy the most advanced powertrain, transfer case and suspension ever.

At the heart of the truck lies the second generation 3.5-litre twin turbo EcoBoost, producing 421 horsepower and up to 691 Nm of terrain busting torque. That power is fed to the Raptor’s enormous 17-inch bead-lock capable wheels via the class-exclusive 10-speed automatic transmission. 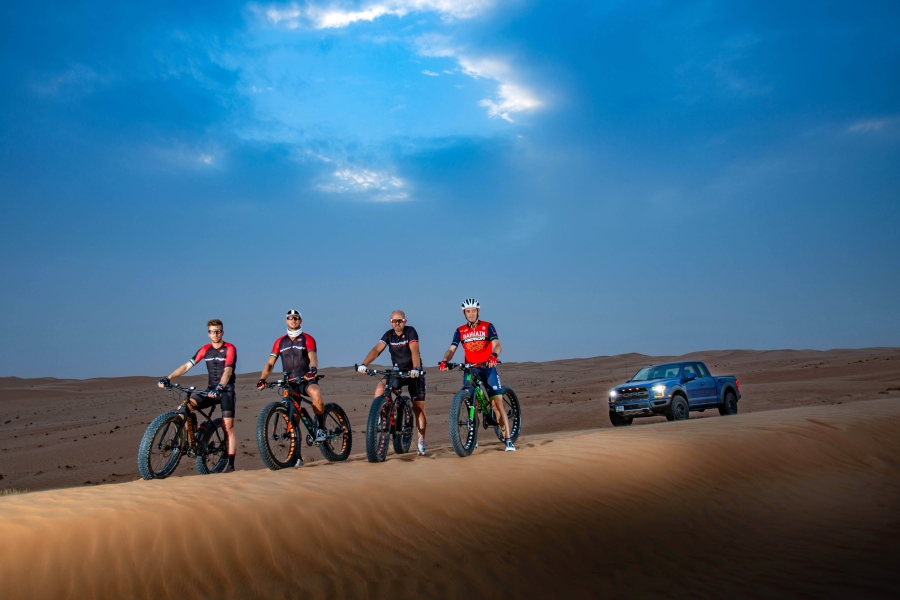 Along with the power, gains comes the most advanced drive mode system in its class* – a cutting-edge Terrain Management System™. It is enabled by an all-new dual-mode transfer case that incorporates both all-wheel-drive and four-wheel-drive systems and electronic lockers to deliver the ultimate multi-terrain experience. The TMS has six driving modes, including Baja which was designed for desert running.

Helping to transmit that power to the ground is a set of custom-engineered Fox Racing shocks with nine-stage bypass damping. The shocks are three inches in diameter, and not only help the Raptor’s suspension from bottoming out over rough terrain but also dissipate heat better when working hard.

While the truck was built for a life off-road, Ford also dialled in every conceivable creature comfort into the Raptor. There are three steering modes – Normal, Sport and Max Assist (for off-road driving), available SYNC® 3, and a large multi-function LED screen on the centre stack. There is an Off-Road Status panel on the display that provides information on vehicle status while off-road, and a 360-degree camera with Split View to help when parking or negotiating tight spaces off-road.

The interior is as rugged as it is comfortable, with bolstered sport seats with contrasting leather stitching – and there are 240v and USB charging ports to keep your gadgets powered up while you’re heading for adventure.

With adventure on our doorstep, the Raptor’s capabilities were pressed into action this summer when four Dubai-based athletes took on Oman’s Wabiha Sands on fat bikes – off-road bicycles with balloon tyres that are designed to tackle the demanding desert terrain. 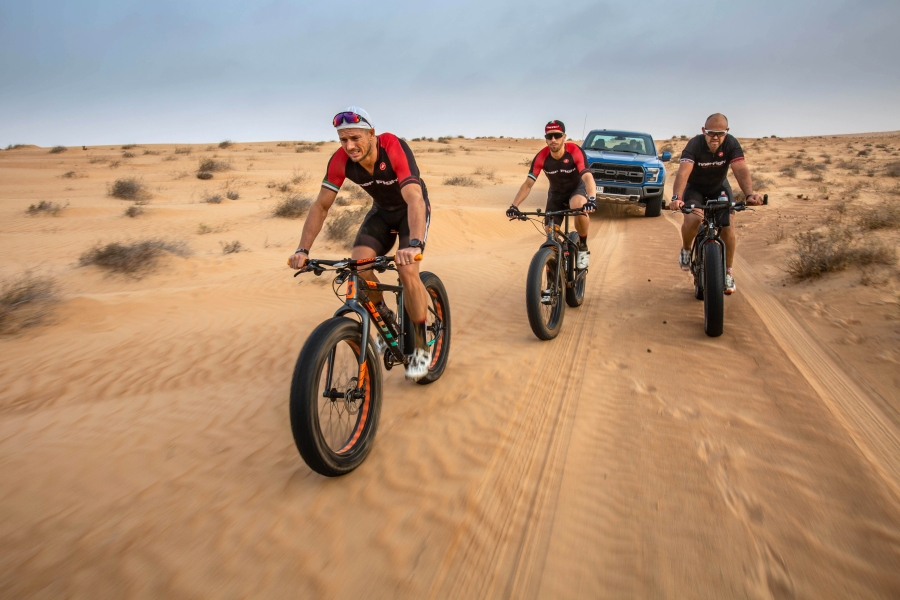 The plan was simple: the Raptor would be used to support the four riders as they negotiated the 150km trek across the desert in one overnight push. Seasoned road cyclists would aim to cover that kind of distance in under five hours, but fat bikes with 4.5-inch wide tyres and cloying sand to contend with meant progress would be three times slower and much more demanding.

The Raptor’s workhorse versatility and capability were proven time and time again throughout the trip. The cargo box easily had more than enough space for all four bikes, spares and other gear for the 600km motorway cruise to the start point at Bidiyah from Dubai, and the Super Cab configuration meant there was plenty of room for riders to stretch out during the road trip there. The unique way the Super Cab doors open – with the rear doors hinged at the back – gave passengers unfettered access to the front and rear of the Raptor during their brief rest stops throughout the night

While much of the trip across Wahiba’s rolling dunes was a challenge for the cyclists, the Raptor’s capability was barely tapped. The group averaged 10km/h during the crossing, with much of the journey spent in second and third gear, idling up dunes and crawling behind the four cyclists. Even with this laboured driving, the twin-turbo 3.5-litre EcoBoost returned excellent fuel economy; continually running for 18 hours and using just over half a tank of fuel.

As a support vehicle during the trip, it carried a dozen cases of water, coolers full of food, spares and tools – and enough gear to get the crew through the ride. It also acted as a make-shift workbench, bed, kitchen, shelter, sun-shade, coffee bar, charging station, office, command centre and gathering place for the four riders throughout the challenge.

Wahiba may lack the kind of technical challenges that come close to pushing the Raptor to its limits – but the truck’s all-around versatility as both an efficient motorway cruiser and a dependable off-road beast make it your perfect partner for any adventure you’re planning.

*Class is full-size pickups under 8,500 pounds. GVWR based on Ford segmentation.