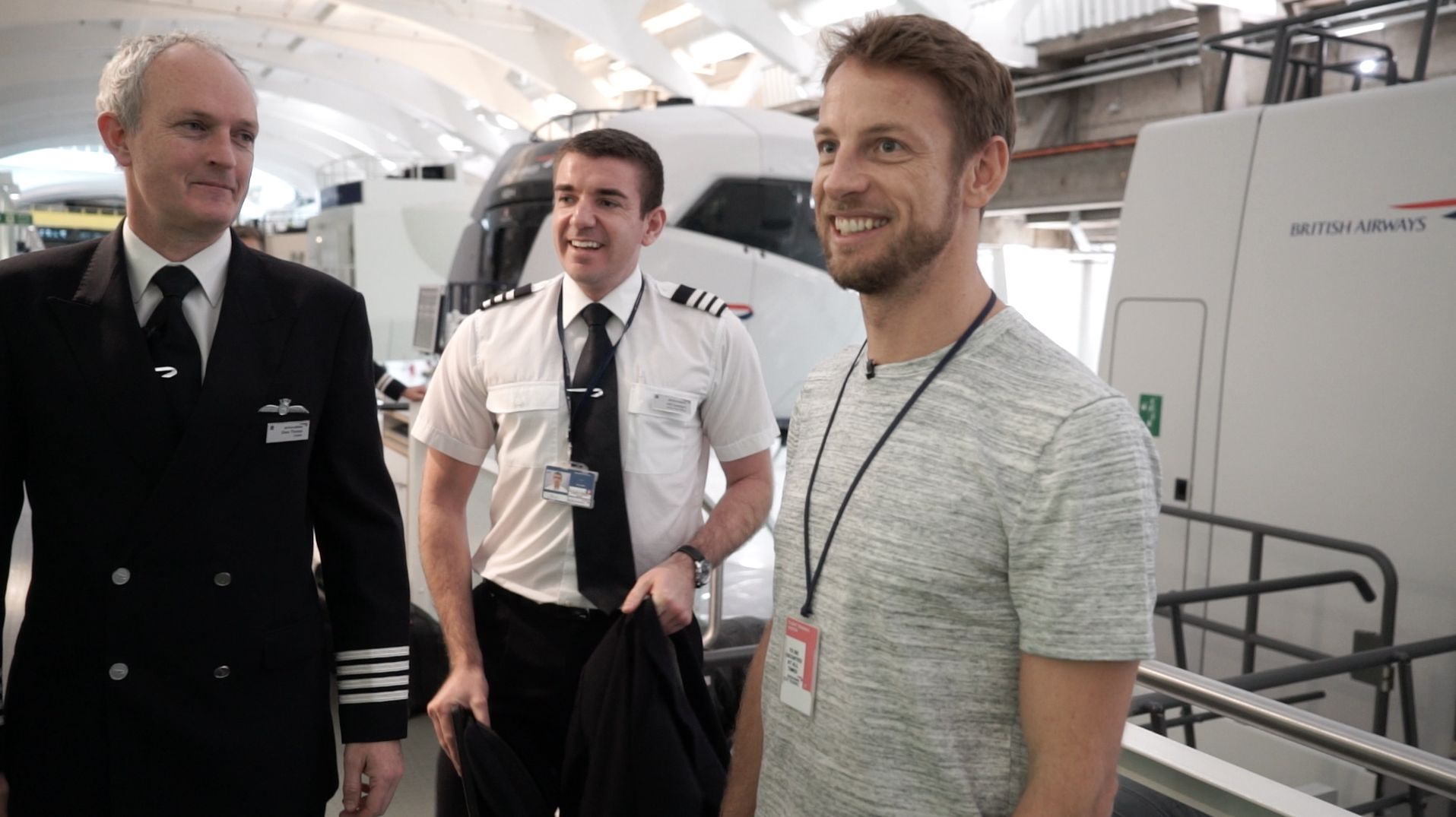 Formula 1 star Jenson Button enjoyed racing through the skies this week after piloting a British Airways A380 flight simulator at London’s Heathrow Airport.

The former World Champion – who recently announced his retirement from the track – spent 90 minutes perfecting take-off, cruise and landing of the world’s largest commercial aircraft.

Jenson was coached on the flight deck by British Airways’ Head of Technical and Training, Captain Dave Thomas and Senior First Officer; William Swinburne for his first ever sim experience.

The 37-year-old made three landings into Hong Kong International Airport in total and was thrilled to take control of the iconic double-decker four-engine aircraft, which forms the centrepiece of British Airways’ fleet along with the Boeing 787 Dreamliners.

Jenson said: “It was very cool! I’ve flown all over the world but this is the first time I’ve experienced what it’s like to be at the controls and it was a pretty incredible feeling”.

“It’s like you’re in a real aircraft and after a while you forget it isn’t the real thing. I think I did pretty well for a first timer – though if there had been passengers in the back we might have had a few complaints about my first landing. Let’s just say it was a bit bumpy.”

Captain Dave Thomas, Head of Technical and Training, was impressed by Jenson’s handling of the aircraft. He added: “Jenson obviously has experience travelling at high speeds and he adapted well to taking control of the A380.

“Being a pilot is all about calmness under pressure, preparing properly and getting from A to B with safety being the foremost priority at all times, so I think coming from a Formula 1 background Jenson definitely has some of the attributes required of a pilot.”