Nissan Motor India celebrated the 68th year of the Republic with a record-breaking tribute to India and its people starring the legendary Nissan GT-R sports car. The company is set to enter the Limca Book of Records – the Indian equivalent of Guinness Book of World Records – for the world’s largest-ever outline of a country map. This was achieved by a Nissan GT-R, which carved out the approximate map of India spanning three square kilometres on the dry surface of Sambhar Lake in Rajasthan. This latest feat of the GT-R, captured in a video, salutes the Indian Republic. 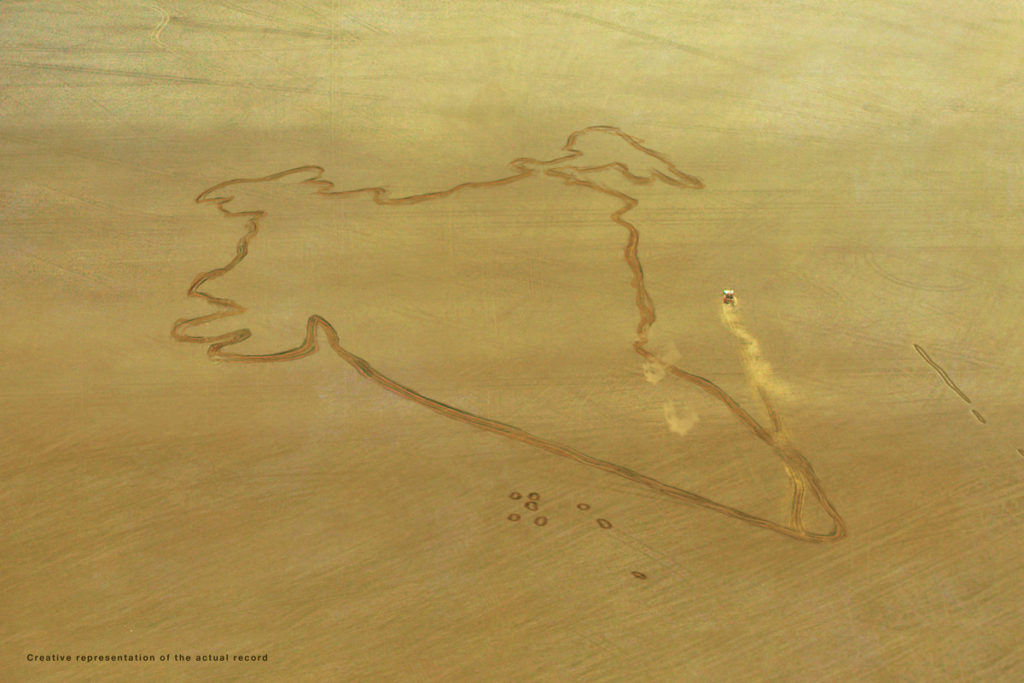 Speed and precision were critical to accomplishing this incredible act, which marks the arrival of the iconic Nissan GT-R supercar in India. Nissan chose Sambhar Lake in Rajasthan as the location for the record attempt for its level and dry lakebed surface, stunning vistas and soil, which is soft enough to leave a deep impression to be captured by camera drones high above.

The Nissan GT-R’s precise and crisp responses enabled the car to manoeuvre through the twists and turns to trace the complex proportions of India’s landmass on the sandy surface in a dry section of the lake.

With major turns and bends along the periphery, the GT-R’s renowned driving performance, power and handling were put to its ultimate test. At the helm of the vibrant red GT-R was professional rally driver Rahul Kanthraj, who piloted the car to achieve the record.

To ensure accuracy, the map was created by plotting the coordinates on a GPS device, and multiple laps were driven to approximate the actual map. The exciting results were captured on video with drones and onboard cameras.

The dimensions of the map were about 3km in length and 2.8km in width, with a total outline periphery of 14.7km. Officials from the Limca Book of Records were on site to validate the process. Once certified, this unique record will be included in the 2018 edition of the book, expected to be published in June 2018. The Limca Book of Records is a compilation of records that is published annually in India documenting human and natural world records. It is published annually in three languages: English, Hindi and Malayalam.

As a mark of respect and appreciation for India and Nissan customers on Republic Day, the company has issued a video that showcases the legendary GT-R as it sets the new record.

The Nissan GT-R was launched in India in December 2016 in its Premium Edition. The first delivery of the supercar in the country was to Bollywood action star and Nissan Brand Ambassador, John Abraham. The GT-R is produced at Nissan’s world-class plant in Tochigi, Japan. 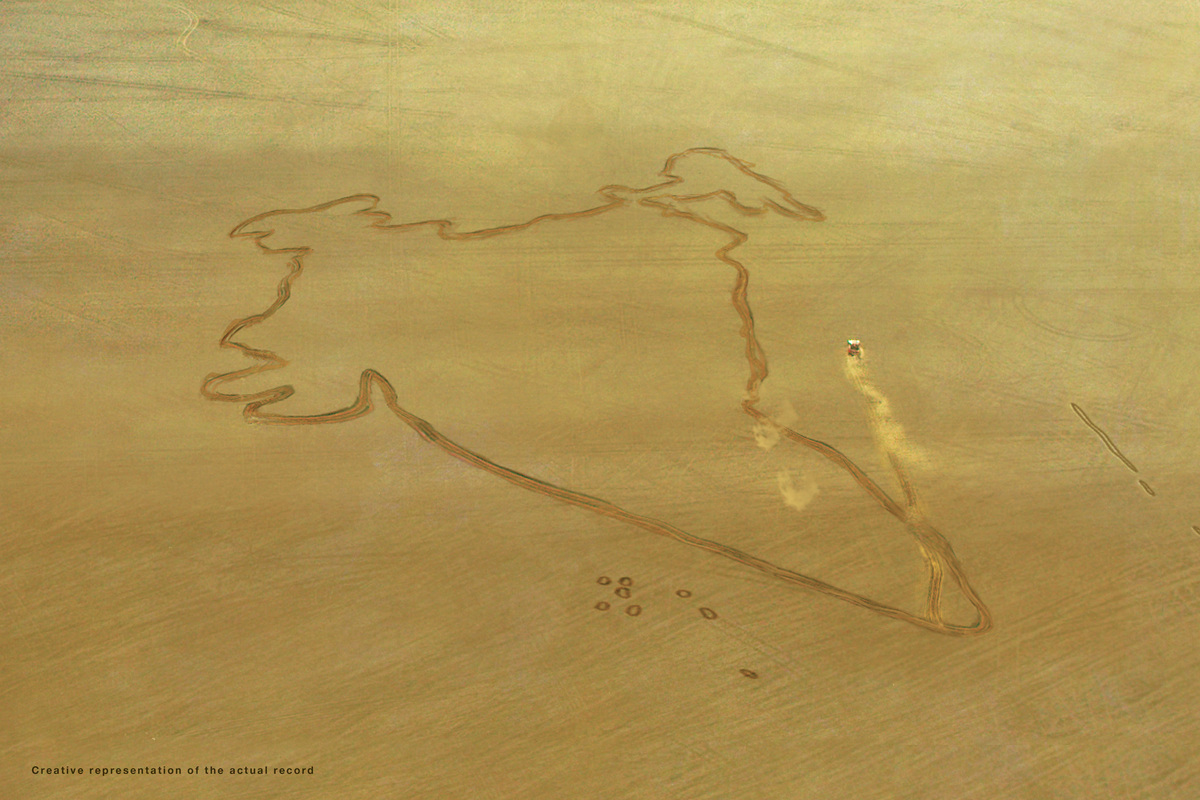 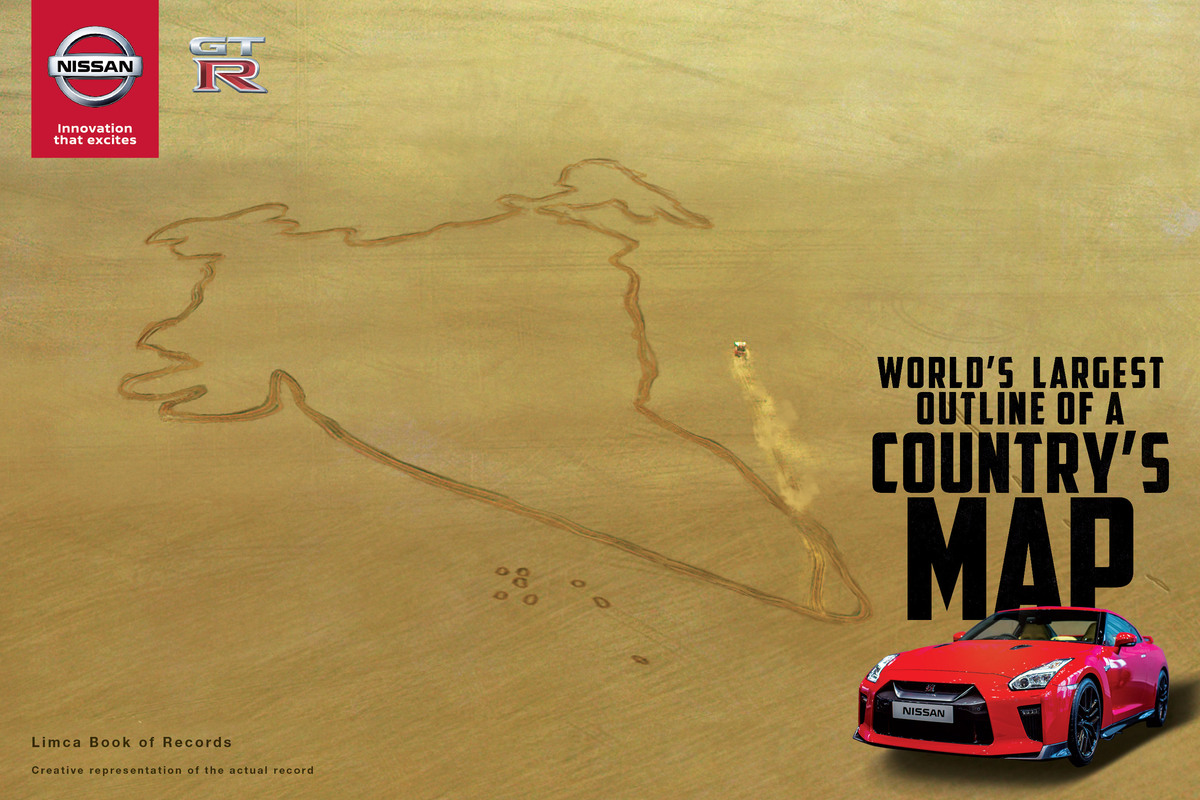