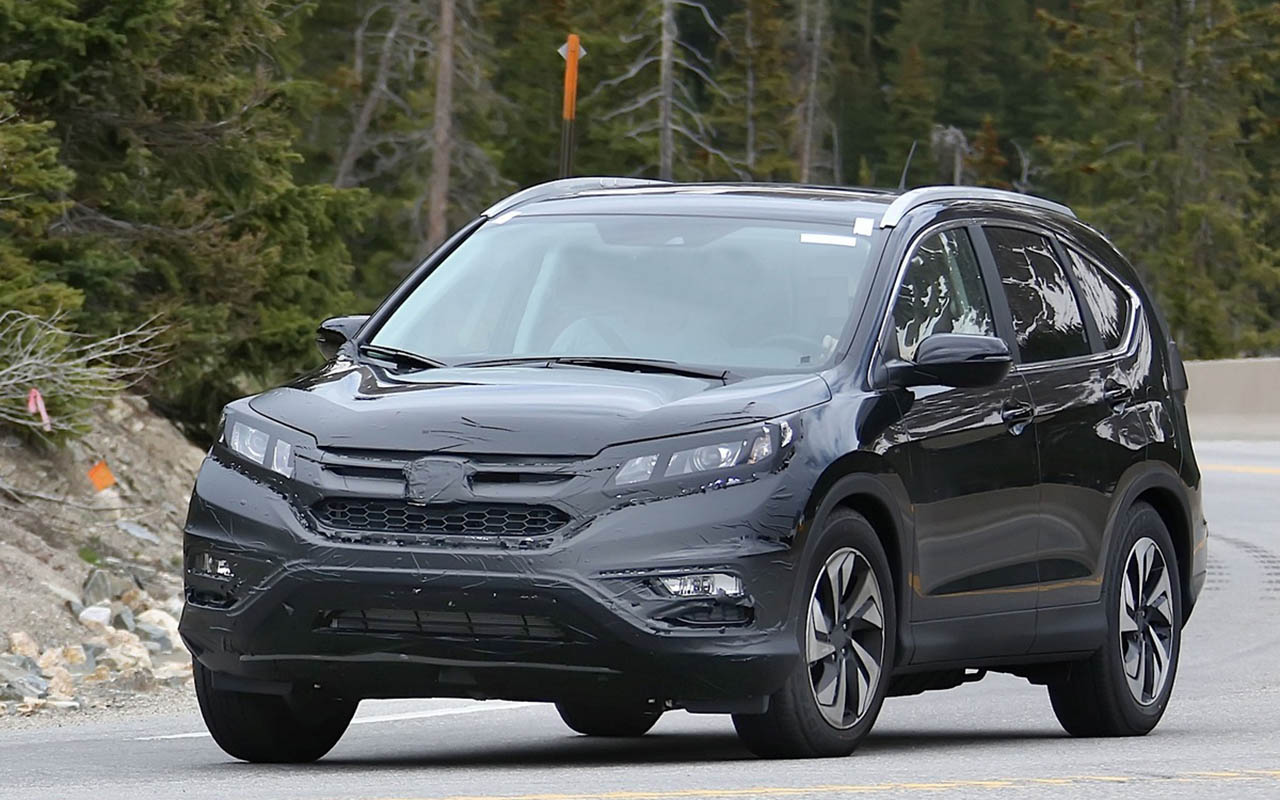 The fifth generation of Honda’s supremely popular CR-V crossover, likely based on the new platform that underpins the recently redesigned Honda Civic. The new CR-V is rumoured to grow a bit compared with the current model, with the possible addition of an optional third-row seat to help bridge the gap between it and the significantly larger Pilot.

The CR-V also looks to adopt a sportier and more upscale look based on these spy photos, which show a larger, more aggressive front grille along with a longer hood and a less minivan-like stance. The CR-V’s signature vertical taillights are visible, and the headlights look like they’re taken directly from an Acura. We can’t see much of the crossover’s interior, but practicality and spaciousness will undoubtedly remain a priority.

Why It Matters: The CR-V has sat atop the growing compact-crossover sales heap for the past several years, but its lead is eroding as new competitors arrive with more-advanced technology features and improved driving dynamics. The Ford Escape and the Toyota RAV4, for instance, were ahead of the CR-V in the sales race so far in 2016. With this redesigned CR-V, Honda surely will be looking to take back its crown, with class-leading fuel-economy figures, tech offerings, interior space, and—if the new Civic’s great chassis is any indication—driving dynamics. It’ll have to beat the Mazda CX-5, our current favourite among small crossovers, in that regard.

Platform: The new Honda Civic’s modular chassis, which will also underpin the next-generation Accord sedan. The current CR-V’s 103.1-inch wheelbase will likely grow, possibly to match the 2016 Civic sedan’s 106.3-inch wheelbase. Also, expect changes to the Civic’s underlying architecture to accommodate mechanicals for the all-wheel-drive system that will be optional for the CR-V. Powertrain: With Honda’s push into turbocharged technology, the Civic’s new 174-hp 1.5-litre turbo four will probably be the CR-V’s standard engine. It may be tuned for more emphasis on low-rpm torque for use in the heavier CR-V (the current model’s 2.4-litre four-cylinder makes 185 hp and 181 lb-ft of torque). Although the Civic lineup will soon offer a six-speed manual paired with this engine, a continuously variable automatic transmission will likely be the only choice for the CR-V. As before, the front-wheel-drive will be standard with all-wheel drive available as an option.

Estimated Arrival and Price: Look for the new CR-V to arrive sometime in 2017 as a 2018 model. Pricing shouldn’t change much compared with the current CR-V, which starts at $24,645 for an FWD LX and ranges up to $34,295 for a loaded, AWD Touring model, although the possible third-row option could drive the stickers higher for those packages that include it.