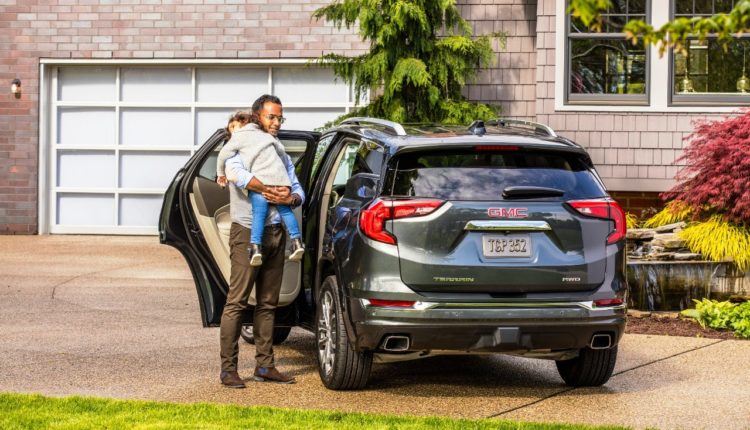 As contemporary vehicles designed for families on-the-go, both the Acadia and all-new Terrain are re-imagined crossovers aimed at the heart of the mid-size and compact SUV segments respectively. Both models are designed to offer greater versatility and refinement, with more advanced safety technology and efficient powertrains.

Six of the family-focused features which the Acadia and all-new Terrain have to offer include:

The GMC Acadia and all-new Terrain are equipped with Rear Seat Reminder, an industry-first feature.

Over the last few years, there have been some reported cases in the GCC where children have suffered from severe heatstroke when left unattended in vehicles. The Rear Seat Reminder feature is an initial step towards using technology to help remind drivers to check the rear seat before exiting the car.

The system monitors rear door usage, and if one of the doors is opened and closed within ten minutes of the engine starting, or while the vehicle is running, Rear Seat Reminder will provide an audible and visual reminder to the driver once the engine is switched off. However, the feature doesn’t detect items in the back seat, so it is always important to check the rear seat before exiting the vehicle.

Just like at home, intelligent organisation plays a big part in keeping Acadia’s or all-new Terrain’s beautiful cabin tidy and functional for everyone inside. Upfront, the driver and passenger have access to large pockets on both the door panels and the sides of the centre console. Second-row passengers are given two tiers of storage pockets in the door panels, along with a new innovative pull-out drawer in the back of the centre console, which is perfect for storing toys, headphones, electronics, and other small personal belongings.

Parents often have their hands full, both literally and figuratively. The Acadia and all-new Terrain can help to lessen the load, especially when it comes to lifting luggage. The Hands-Free Power Programmable Rear Liftgate enables it to open and close at the push of a key fob button and can be set to begin at varying heights to fit inside the owner’s garage.

Additionally, both the 2018 Acadia and all-new Terrain feature an optional power lift-gate which allows the trunk to be opened by simply kicking a foot underneath the left corner of the rear bumper without a key.

From connectivity hubs to entertainment centres, smartphones and tablets are used for almost everything – and there’s always a need to keep them charged while on-the-go. Acadia and all-new Terrain accommodate plenty of power outlets placed throughout their cabins. The driver and front passenger seats are fitted with a 12-volt outlet along with two USB charging ports. At the same time, a wireless charging pad is exclusively available as standard on the all-new Terrain Denali.

Rear passengers aren’t left out either – second-row passengers can utilise two USB charging ports, while third-row passengers in the Acadia also have a USB port of their own. Both Acadia and all-new Terrain models also provide second-row access to a 220-volt household power outlet.

The 2018 Acadia offers seating for up to seven passengers, split between second and third-row seating – yet climbing back into the third row isn’t a chore. With the Smart Slide Seating, each side of the second-row seat can easily slide forward with a slight push. Better yet, if a child safety seat is installed in the second-row passenger seat, Smart Slide can still function without having first to remove the child safety seat.

Designed to be versatile, the all-new Terrain offers a front-to-back flat load floor including new fold-flat front-passenger and second-row seats, which help the driver utilize every inch of the trunk space.

To keep the kids entertained with a movie or a favourite show, those with a traditional DVD library, the Acadia and all-new Terrain can be equipped with a rear-seat dual-screen entertainment system with DVD player and wireless headphones as an additional accessory. Families who prefer tablet-based entertainment are also in luck, as available accessory rear-seat tablet holders allow tablets to be positioned correctly for second-row passengers to enjoy.