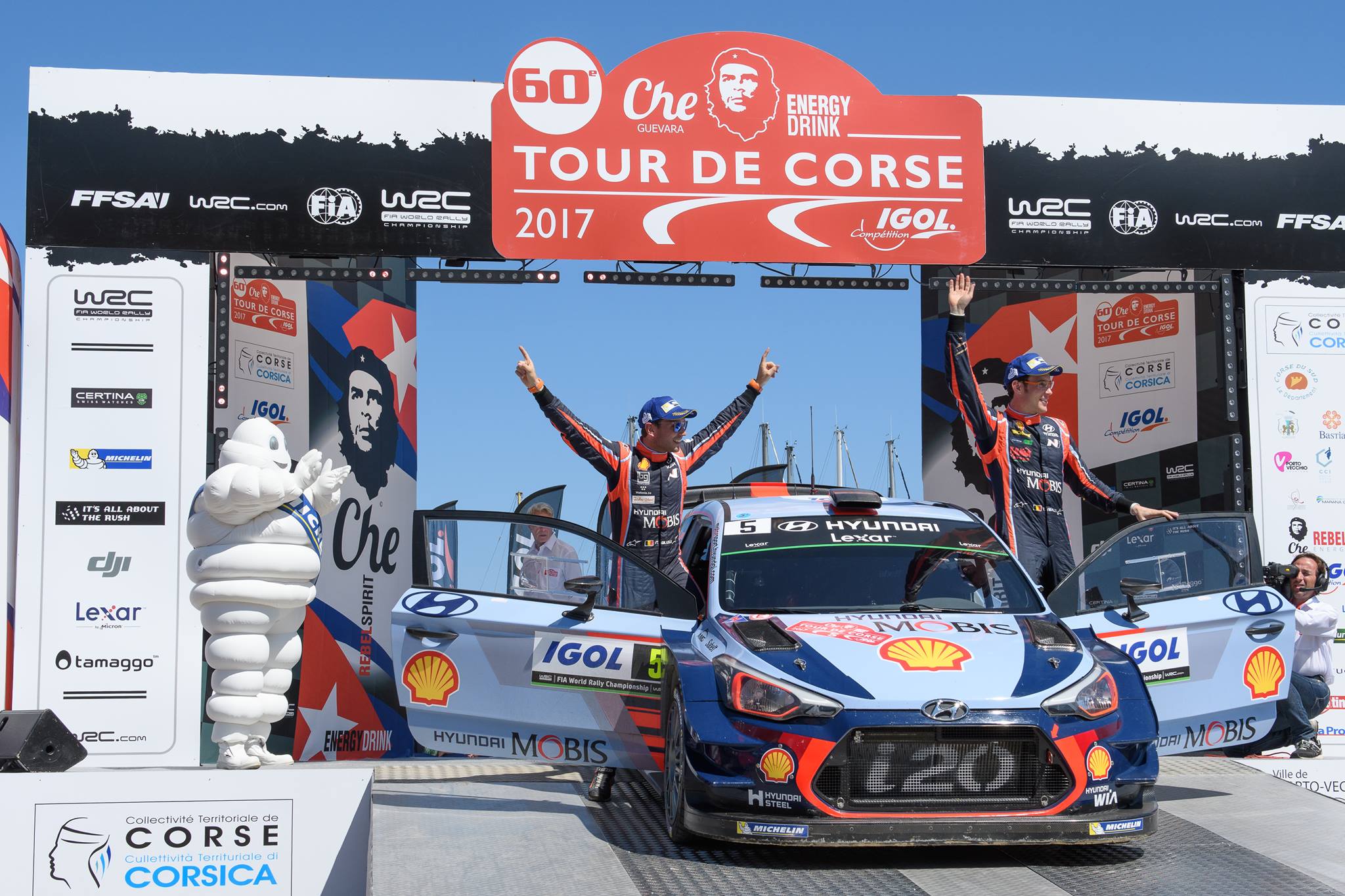 Hyundai Motorsport has claimed its first victory of the 2017 FIA World Rally Championship (WRC), taking first and third places in the Tour de Corse, lifting the team to second place in the Manufacturers’ Championship rankings.

The result represents the fourth WRC victory in total for Hyundai Motorsport, and the team’s fifth double podium result. It also puts the team firmly back in contention for the 2017 Championship, after accidents cost Neuville an early lead in both the Monte Carlo and Sweden rallies. “It’s an amazing feeling to take the win here in Corsica this weekend,” said Thierry Neuville. “I am sure there are many people who share in this celebration with us, not least the whole of the Hyundai Motorsport team. They have been so supportive of me since Monte Carlo and Sweden, and I’m really happy. This win is ours!

“It was a tough start to the rally with some struggles on Friday, but we worked through that methodically to return stronger. With Dani finishing third, we’ve picked up a healthy score of points which helps to get us back firmly into the title fight. An incredible weekend for us.”

With four different teams having won each of the opening four rounds of the 2017 WRC season, and nine rounds remaining, the Championship fight for 2017 is well and truly open. The 1-3 finish in Corsica means Hyundai Motorsport has moved up to second in the Manufacturers’ standings, closing the gap to the leaders to 24 points. Neuville moves up into third on the Drivers’ classification with 26 points, and the team now has 24 stage wins so far in 2017.

“They say that all good things come to those who wait, and that phrase could not be more true for us,” said Team Principal, Michel Nandan. “This result is fantastic and I’m overjoyed that we finally have a result we’ve been working so hard to achieve this season. I hope it’s the first of many, many more to come this year.

“Thierry and Nicolas have had a great weekend, showing their resilience after a tricky start on Friday. Scoring four stage wins and demonstrating their resolve while others hit trouble allowed them to really hit their stride. They thoroughly deserve this and it makes up for the misfortune in Monte-Carlo and Sweden. It’s also great to see Dani and Marc back on the podium for the first time this season. “This year’s WRC is proving to be exceptionally close to the manufacturers, so we can’t rest.”