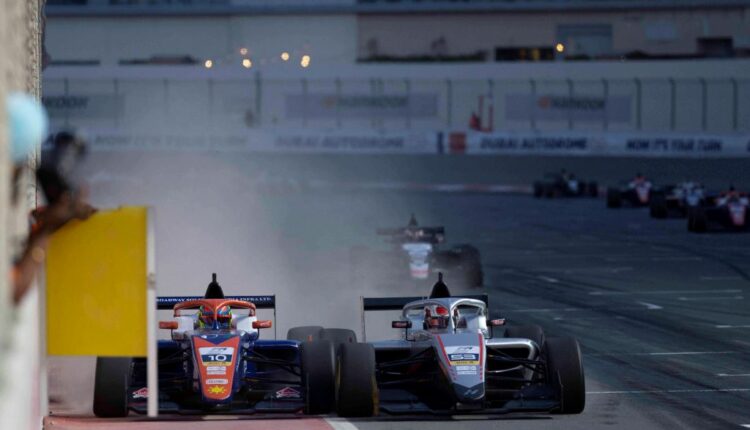 The inaugural round of the new Giti Tire-powered Formula Regional Middle East Championship, Certified by FIA (FRMEC), was dramatic. When the dust settled at the Dubai Autodrome from three sensational races with 27 high-quality international drivers, a trio of young talents celebrated victories – despite none being in leading positions in the championship.

After two years of being based exclusively in the United Arab Emirates, the Formula Regional Asian Championship decided that in 2023, it would become a multi-nation series, with one of its Emirati rounds swapped for a trip to Kuwait.

Mr Chris Bloor, Executive Director of International Sales & Marketing at Giti Tire, commented: “These high octane races provide a unique platform for Giti to test tires. Giti can push the tires to the extreme under the most challenging conditions in these races. This also provides the unique opportunity for incredible achievements from the synergy between our engineering and racing teams.”

In the inaugural race at the Dubai Autodrome held on 14th January 2023, Nikhil Bohra took advantage of the reversed-grid pole position of race two. R-ace GP’s 17-year-old Singaporean did not miss a beat in holding his lead from the beginning, ahead of fellow Formula Regional rookie Aiden Neate (Prema Racing). Another rising star, Taylor Barnard, was again on the move, rising from behind the pack in eighth position to claim third by the end of the race.

After placing in 12th and 13th positions in the opening two races, Spanish talent Mari Boya claimed all the glory in the finale. The 18-year-old driver of the Hyderabad Blackbirds by MP Motorsport qualified his team’s car in second place and got ahead of poleman Andrea Kimi Antonelli on the opening lap of the final race. Boya left the Mumbai Falcons Rookie Cup winner, Antonelli, behind for the rest of the race to take a clear victory, with Pinnacle VAR’s Thai racer, Tasanapol Inthraphuvasak, taking home third.

Italian Antonelli has moved into an early championship lead with fourth and sixth positions from earlier races to add to his second in the finale. Antonelli, supported by the Mercedes Formula 1 team, is six points ahead of his Mumbai Falcons teammate and Ferrari’s Brazilian protégé, Rafael Câmara, with Taylor Barnard a further two points behind.