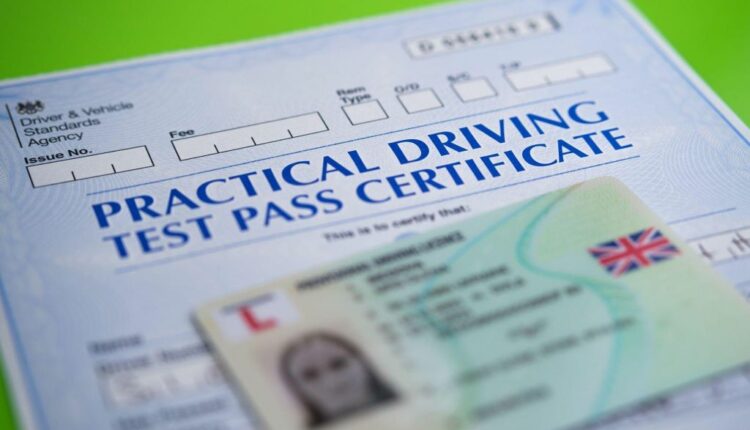 The Top 10 Reasons Why Learners Are Failing Their Driving Test

Learner drivers have been told the top 10 most common reasons for failing the driving test, as more than half slip up on simple mistakes.

With pass rates at less than 50%, learners would benefit from focussing on the most common reasons for failing to better their chances of success.

While many of these errors might be considered evidence to novice and experienced drivers alike, it is surprising how many learner drivers fall foul of them.

Fortunately, many of these skills are easy to master – like checking mirrors more often and driving in the middle of the lane.

But some of the other common mistakes learner drivers make might take a little longer to grasp – such as reverse bay parking and hill starts.

If learners make these common mistakes during lessons, they will be unlikely to pass and need more practice to be safe on the roads.

Other common mistakes for failure include incorrectly responding to traffic lights and signs, bad observations, and wrong positioning when turning right.

Gary Digva, the founder of Road Angel, said: “It can be easy to make a mistake on the day of your driving test, which can cause you to fail.

“Some of these common errors may be considered obvious, but under the pressure of a driving test, it’s easy for even the best learners to make one of these ten mistakes.

“Getting in as much practice as possible beforehand will improve your driving skills and confidence behind the wheel, which will help control test day nerves and avoid making these common errors.

“And if you’re regularly making these mistakes during your driving lessons, your instructor will most likely recommend you not to take your test yet as you’re not quite ready.

“Although it can be upsetting to hear that you’ve failed your driving test, it just means you need a bit more practice to be fully safe on the roads.”

Learners won’t pass their test if they don’t check their mirrors often enough – particularly before signalling changing speed or direction. Mirrors must be checked along roundabouts and when changing lanes – especially on the dual carriageway to avoid other cars from having to slow down.

Not making influential observations left and right when learners are approaching junctions is one of the most common reasons pupils fail their driving test. Every time the car enters a new road, the driver must ensure it is safe to proceed. This also applies when entering a roundabout, slip road and looking ahead at crossroads.

Throughout the test, learners often fail to have poor road positioning during everyday driving. This includes using the right-hand lane unnecessarily with no attempt to move over to the left and not driving in the middle of the road.

Any time a learner driver moves off, they must do a six-point check to ensure it is safe to continue. Along with checking their mirrors, pupils must provide to check their blind spots effectively, indicate if necessary, and not enter into the path of any approaching vehicles.

Learner drivers will fail if they don’t respond correctly to traffic lights – one of the most common reasons is from ignoring or not anticipating a red light and thus attempting to proceed through it. Pupils could also fail to enter the box reserved for cyclists and block traffic when waiting to turn right at the repeater lights.

Learners must understand and quickly react to all traffic signs when driving or risk failing their test. The most common symptoms that learners do not respond to are ignoring ‘stop’ or ‘no entry’ signs, speed limit changes, and incorrectly driving in bus lanes when the time is displayed.

Some learner drivers fail to position the car as close to the centre of the road as is safely possible. If the vehicle is positioned too far to the left when turning right, traffic may be obstructed, causing delays. This also includes incorrectly setting in the left-hand lane on a roundabout when wanting to turn right, confusing other drivers.

Hill starts are one of the most common reasons learners fail their driving test. Rolling back on a hill shows that the learner doesn’t completely control the car. Repeatedly stalling or not selecting a gear when moving off are common reasons for failure.

I am not having complete and proper control of the car when the steering is one of the common reasons for failing the driving test. Some issues include not steering enough around a bend, heading too late when turning into a minor road and mounting the pavement when pulling up on the left or parking.

During their driving test, many learners will be asked to parallel park or reverse into a bay. However, this is a common failure point for pupils. Popular reasons for failing include losing control of the car when attempting a reverse bay park or ending up outside the bay lines. Another reason for failure is often also taking too many attempts to park or ending up with the wheels on the pavement.

Tips for Personalizing Your Toyota Tacoma

Helpful Tips for Truckers To Stay Awake for Long Hours

What To Do if You’re Locked Out of Your Car

Does Driving a Car Without Warming up the Engine Cause Damage?

Tips for Personalizing Your Toyota Tacoma

Helpful Tips for Truckers To Stay Awake for Long Hours

What To Do if You’re Locked Out of Your Car