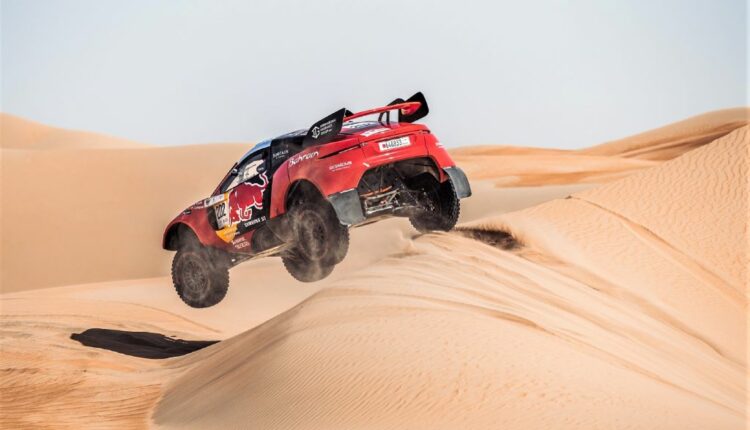 Sebastien Loeb is ready for another tense battle with Nasser Al Attiyah as he looks to build on his lead in the World Rally-Raid Championship (W2RC) when the Rallye du Maroc gets underway on Saturday.

Loeb, driving one of three Prodrive Hunters entered by Bahrain Raid Xtreme (BRX), holds a slender one-point advantage over Al Attiyah as the inaugural W2RC series resumes in Agadir after a seven-month break.

Partnered by Fabian Lurquin, nine-time World Rally Champion Loeb and the rest of the BRX team recently covered 2,500kms of testing in Morocco, in temperatures close to 50C, in preparation not only for the Rallye du Maroc but also for the 2023 Dakar Rally.

“We had a good feeling with the car, and it was reliable too, so everything is working well at the moment,” said Loeb. “At the moment, we are leading, but we know Nasser will be fast in Morocco, and the gap is tiny. So we must fight hard to get more good points for the title.”

Loeb finished runner-up to Al Attiyah in this year’s Dakar before grabbing the championship lead from the Qatari in Abu Dhabi Desert Challenge in March.

Argentinian Orly Terranova and Spanish co-driver Alex Haro, who finished fourth in the Dakar, are also back in action with BRX in Morocco. At the same time, Frenchman Guerlain Chicherit will be partnered with Alex Winocq in a third Prodrive Hunter.

After being diagnosed with cancer in March and battling through treatment, Nani Roma rejoined the team months ahead of schedule for testing in Morocco and has already been instrumental in developing the Hunter.

The two-time Dakar winner has been equally involved in developing the world’s first all-terrain hypercar, based on the Hunter rally car, built in limited numbers to the individual specifications of select supercar enthusiasts.

In November, Roma will demonstrate and test the Hunter hypercar for prospective buyers in Dubai. He will continue to work with BRX throughout the team’s rally programme, which continues with the Andalucia Rally, the final round of the W2RC, from 18-21 October.

However, it is unfortunately too late in the schedule for him to compete with the team in Morocco and Spain next month and Dakar in January 2023.

From Agadir, Rallye du Maroc heads out for six stages covering 1,575 km and featuring more sand than in previous years. The BRX cars will again use sustainable Eco-Power fuel, which reduces CO2 emissions by 80%.

Gus Beteli, the BRX Team Principal, said: “Following a very positive test in Morocco, we’re looking forward to rallying back against the competition, the clock and the desert.

“Seb, Orly and Guerlain have improved our package by not leaving any new angle for this World Championship push. These are busy but exciting times at BRX.”