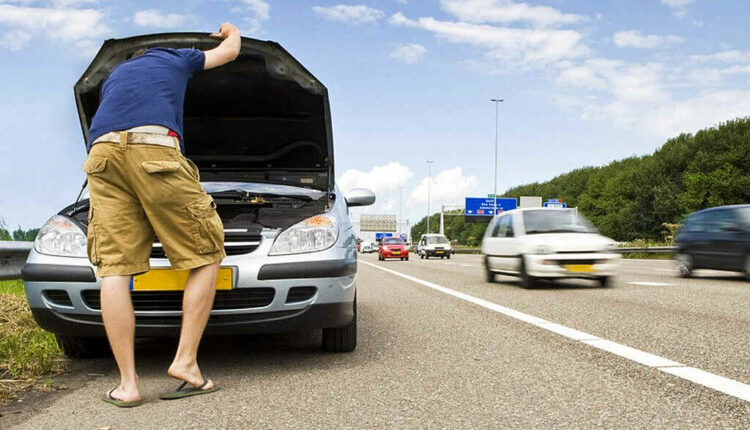 Your ‘emergency’ stop on the motorway hard shoulder might not be considered an emergency, and you could face prosecution.

According to the Highway Code, you must not use a hard shoulder ‘except in an emergency or if directed to do so by the police, traffic officers or a traffic sign’.

On a so-called ‘smart motorway’ – where the hard shoulder is sometimes used as an extra lane – the same applies to the emergency refuge areas you see positioned every 1.5 miles.

Improper use of the hard shoulder, or refuge area, could result in a £100 fine and three points on your driving licence.

But Graham Conway, Managing Director of Select Car Leasing, has called for better guidance from the Government on what constitutes an ‘emergency’.

He argues: “It’s clear that if your car breaks down, that’s a bona fide emergency that requires you to get to the relative safe haven of the hard shoulder.

“But when it comes to other ‘emergencies’, the guidance in the Highway Code makes for something of a grey area.

“It’s clear that the hard shoulder should only be used as a ‘last resort – but I’d argue that this definition will differ from person to person and is open to interpretation.

“Some more clarity from the Department for Transport, I think, would be useful, particularly as smart motorways can often be confusing to navigate.”

Mr Conway argues that stopping on the hard shoulder to make a phone call, or to use the toilet, is not considered an emergency in the eyes of the law and would likely see you hit with a fine and three points.

However, stopping on the hard shoulder for a ‘medical emergency is acceptable.

But Mr Conway adds: “We’re told not to pull onto the hard shoulder to either vomit or allow a passenger to be sick. But for many people, that will be seen as a medical emergency that necessitates a hard shoulder stop.

“We’ve seen instances of police officers posting on motoring forums where they suggest that what does and doesn’t constitute improper use of the hard shoulder often comes down to the discretion of the attending officer.

“One person posting on a forum who claimed to be a policeman said he’d helped a motorist who’d stopped on the hard shoulder when their child had been projectile-vomited all over their car. Other officers might not see this as a genuine emergency.

“Again, some clarity on the issue would be helpful.”

Select Car Leasing’s Mr Conway says it might also be tempting for motorists to stop on the hard shoulder should an emergency warning light suddenly flash on the dashboard.

Mr Conway adds: “Should your oil light flash on the dash, I think many people would be tempted to pull over. After all, if your car runs out of oil, you’re looking at potentially catastrophic engine failure.

“However, experts suggest that if your car is still driving as it should, you shouldn’t stop on the hard shoulder the minute a warning light flashes – you should instead continue with caution to the next exit or service station.”

There’s also confusion about whether or not it’s acceptable to change a flat tyre on the hard shoulder.

The Highway Code suggests you should ‘only change the tyre if you can do so without putting yourself or others at risk – otherwise, call a breakdown service.

Institutions like the AA, however, say you should never change a tyre on a motorway’s hard shoulder or at the side of the road.

Mr Conway adds: “Department for Transport stats show there were 403 accidents on UK motorway hard shoulders between 2011 and 2016.

“They’re dangerous places to get stranded, for whatever reason, and changing a flat tyre significantly increases the risk factor.

“It’s another area where Select Car Leasing would call for better clarity with the guidance.”

Dominic Smith, the Director at Patterson Law, the UK’s largest road traffic offence specialist, says, “The law states that no vehicle shall stop or rest on the hard shoulder except where: there is a breakdown or mechanical defect (or where run out of fuel, oil or water required for the vehicle); an accident, illness or emergency; to allow a person to move an object which has fallen on the motorway, or to allow a person to assist with any of those three situations.

“There is no exact definition of ‘emergency’ – each case depends on its own facts and whether the emergency was serious enough to justify stopping.” adds Smith, before going on to say that the law does suggest that  “the emergency must arise after the defendant had entered the motorway.”

“The regulations then go on to state that the vehicle shall not remain at rest longer than is necessary, must be moved off the carriageway as soon as is reasonably practicable, and when stopped, no part of the vehicle (or its load) shall obstruct or cause danger to other vehicles.”

Failure to follow these regulations could see you prosecuted for a few different offences, starting with unlawfully stopping on the hard shoulder could see you fined up to £2500 but no penalty points. In the most extreme case, if the police consider that the driving was careless or dangerous, they may prosecute for driving without due care and attention (3-9 points or a disqualification) or even dangerous driving (minimum 12-month ban, extended retest, possibly community orders or prison in serious cases).”