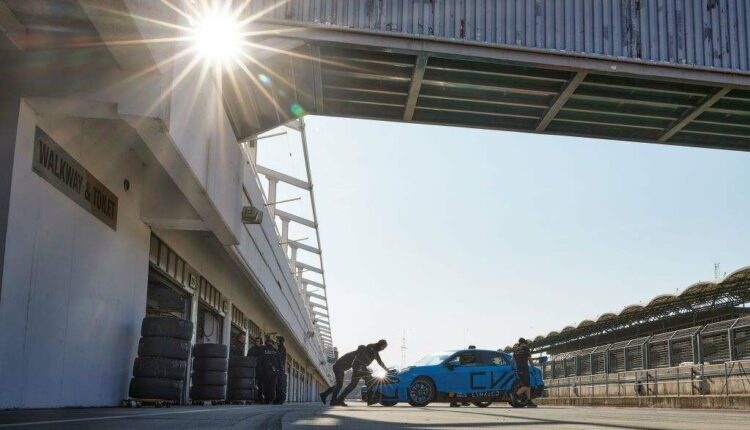 Tyre failures have become a recurring occurrence in the 2022 WTCR season. As a result, the WTCR race in Germany in May was cancelled on safety grounds.

The most recent race weekend at Vallelunga in Italy saw Cyan Racing having to call for actions from the WTCR stakeholders again before qualifying after continued tyre issues, including a crash for Yvan Muller at over 220 km/h. Subsequently, the team had to withdraw from both races, in which only a handful of cars of the remaining 11-car field finished without a tyre failure.

The Lynk & Co 03 TCR model has, as per the Balance of Performance of the WTCR stakeholders, being the heaviest car in the field since its introduction in 2019 – currently running 80kg heavier than the championship-leading Hyundai Elantra N TCR model. This means that the Lynk & Co cars of Cyan Racing have been most frequently and most severely affected by the 2022 tyre failures.

After the team failed to find a satisfactory solution with the WTCR stakeholders in the week leading up to the next race at the Anneau Du Rhin race in France (August 6-7), Cyan Racing has, in consultation with Geely Group Motorsport, decided to suspend further World Touring Car Cup competition.

“We have a tyre this year that cannot handle the Balance of Performance and Compensation Weight window for all cars on all tracks. And our car runs heaviest of all. As a result, our drivers are subjected to high speed and crash tyre failures. It is simply not possible for Cyan Racing to continue the season in a safe manner,” said Fredrik Wahlén, team manager of Cyan Racing.

“It is the toughest decision we have ever taken as every single member of Cyan Racing is here to win and has sacrificed a lot of things to get where we are today. But we can’t race in a safe way under the current circumstances, and safety is our number one priority. We wish to thank the FIA for their support during these tough circumstances.”

The decision means that the five-car, five-time world champion team will not participate in this weekend’s races at Anneau Du Rhin in France or any of the yet-to-be-confirmed remaining rounds of the 2022 WTCR season.

“It has been a prolonged and incredibly frustrating situation for the team, the drivers, commercial partners and fans, a situation which has progressively pushed us out of the championship. We are very thankful for the FIA’s efforts to find a solution. Unfortunately, the combined effort of the WTCR stakeholders could not present a satisfactory solution to enable Cyan Racing to participate in the WTCR in a safe manner,” said Alexander Murdzevski Schedvin, Head of Geely Group Motorsport.

Automotive Extravaganza To Celebrate the Most Glamorous British Marque of All: Aston Martin