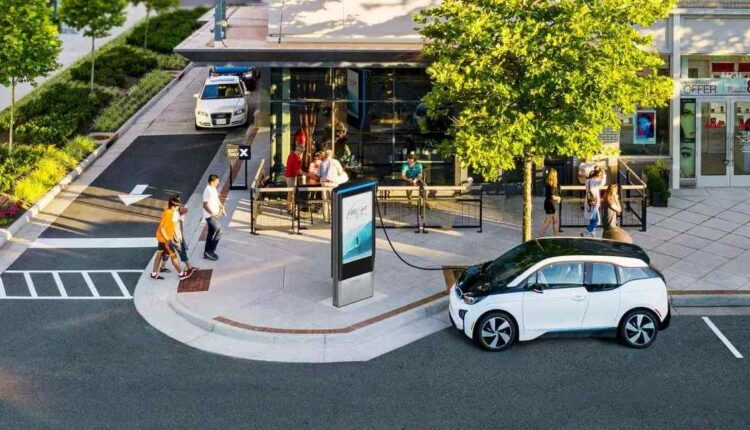 Global automakers are already grappling with the shortage of semiconductors due to supply chain disruptions. Meanwhile, the prevailing geopolitical turmoil between Russia and Ukraine has wreaked havoc on metal prices used for electric vehicles (EVs). Against this backdrop, Tesla Inc (Tesla) has emerged as the top EV company among the social media conversations in Q1 2022, finds the Social Medial Analytics platform of GlobalData, a leading data and analytics company.

Smitarani Tripathy, Social Media Analyst at GlobalData, comments: “Tesla was the most discussed automobile company with a 52% share during Q1 2022. The conversations on Tesla spiked the most when it reported record high EV sales in the fourth quarter, beating the previous quarter, despite supply chain disruptions.​”

Below are a few most popular tweets captured by GlobalData’s Social Media Analytics Platform:

“#Tesla dodges supply woes to deliver a record number of new #ElectricVehicles shrugging off #SupplyChain and other problems to hand new customers the keys to more than 308,000 #EVs.”

“These #Tesla 4th quarter #delivery numbers are incredible 308,600 cars is almost 50% more than analyst forecasts Almost 1 million #ElectricVehicles delivered last year  The #’s dropped while I was listening to the #ElonMusk 2 hour podcast The Future is exciting  $tsla.”

Toyota, Porsche and Rivian contributed a 7% share of voice in Q1 2022 and emerged as the following most mentioned automobile companies among EV-related discussions. 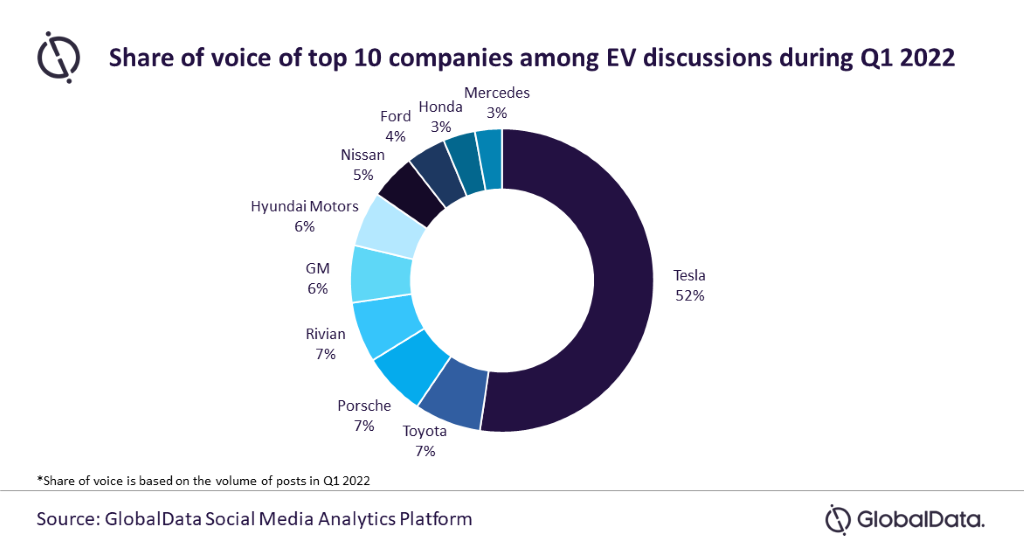 Among these, the highest peak in influencers discussions was noticed around Toyota, when the company announced investments of $170bn into the electric vehicle segment along with Volkswagen AG to beat the EV segment of Tesla.

Nissan witnessed 34% growth in conversations, the highest growth among the top 10 most mentioned companies during Q1 2022, following a $26bn investment in electrification in alliance with Renault and Mitsubishi. As part of it, over 35 BEVs based on five platforms will be launched by 2030.

Tripathy concludes: “Charging Station was one of the top trends discussed among the influencers during Q1 2022, as not only top automakers but also many countries and state administration are coming forward to bridge the gap of infrastructure development for the electric vehicle charging stations. Most of the influencers on GlobalData’s Social Media Analytics platform opine that the advent of superfast charging stations is likely to propel the adoption of electric vehicles.”