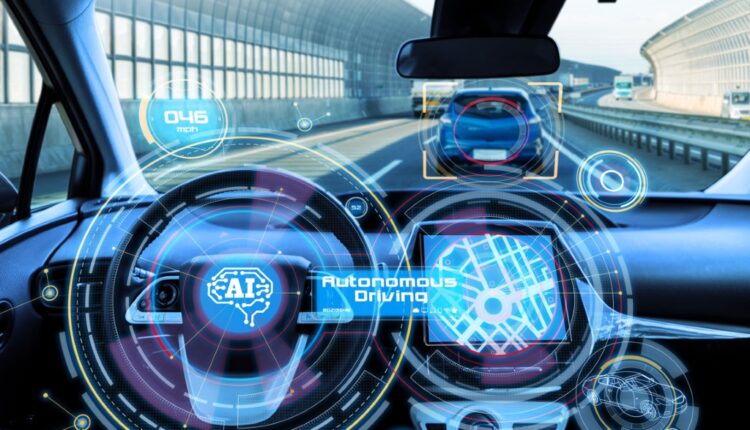 The new IDTechEx report, “Autonomous Cars, Robotaxis & Sensors 2022-2042”, discovers that level 3 autonomous vehicle technology has been ready since 2017- so where are the autonomous vehicles? The answer lies in unclear liability rules, which have become a massive headache for automakers like Audi, Tesla, GM, Mercedes, and others.

SAE level 3 means that, under certain conditions, the driver can stop driving: they do not need to monitor the road or pay attention to their surroundings. In reality, this would only happen in pre-specified, highly restricted conditions. Even so, where the vehicle is 100% in control, the human driver should not be held responsible for a potential crash or traffic rule violation.

This creates a tricky situation for regulators. The vehicle needs to transfer the task of driving back to the driver with sufficient notice to prevent anything going wrong. Regulators are finally addressing this issue, and we are now on the precipice of seeing level 3 vehicles hitting the road.

Europe, UK, Japan Will Be First to Bring Autonomous Vehicles to Roads

Europe, the UK and Japan, and others follow UNECE regulations, and in January 2021, UNECE allowed the use of automated lane keep assist on public roads. This meant that drivers would be able to disengage from the task of driving under certain conditions, including:

These last two are possibly the most important as they control the transition of liability from the vehicle to the driver. Furthermore, if the driver ability recognition system detects that the driver cannot regain control (e.g. if they have unintentionally fallen asleep), the vehicle is to get itself into as safe a position as possible.

With the regulation change, things are beginning to snowball. Japan was set to take full advantage of the regulatory changes at the beginning of 2021, and in March 2021, Honda (based in Japan) announced that they would have the first level 3 vehicle on the road in the form of the Legend, which would be produced in a limited run of 100 cars and cost $100,000.

Later in 2021, Germany is also set to allow level 3 vehicles on the road, with Mercedes aiming to get there first with the new S-Class, coming to market in the Autumn.

France has announced that they will be changing their highway code to accommodate the UNECE changes, while the UK says level 3 applications will be allowed on the road by the end of 2021. All countries will be abiding by the rules listed above.

The Us Is Lagging, Despite Leading on Technology

Despite the US being a leader in autonomous mobility as a service (MaaS) testing, with Waymo and Cruise making huge strides, the US has become bottlenecked in the deployment of level 3 applications.

The main problem is achieving consistency across all states, with individual states and even cities adopting autonomous testing. It is unlikely that individual states could control the deployment of level 3 applications, as customers would find it unacceptable if a primary selling point were unavailable in their state.

It would also cause difficulty if the car’s operation needed to change as it crossed state lines. Harmony is required to bring level 3 applications to the US. However, the National Highway Traffic Safety Administration (NHTSA) does not indicate that this is on the near horizon. The NHTSA suggests that highway autopilot (a level 3 technology) will be available on the roads from “2025+”, as well as fully automated safety features. Therefore, it is unlikely that the US will be seeing high levels of private autonomy on the roads soon. This is also considered within IDTechEx’s “Autonomous Cars, Robotaxis & Sensors 2022-2042” forecast, with the US not having market entry until 2025, up to 3 years behind other regions.

What about Tesla “Full Self Driving” (FSD)? Despite the name, Tesla FSD is no more than a level 2 system, although exceptionally sophisticated and advanced. This has been established in correspondence between Tesla and the California DMV and cautions with the latest FSD update that the driver should always stay in control of the vehicle with their hands on the wheel. Tesla FSD is an example of a level 3 vehicle in waiting. It may be technically capable of these levels of operation but is being sandbagged by current legislation.

At the Shanghai auto show this year, level 3 was old news. Anyone unfamiliar with autonomy might have assumed that it was an existing, established, and outdated technology compared to all the level 4 vehicles being shown.

China undoubtedly wants to push ahead with autonomy and get level 4 vehicles on the road as soon as possible. However, they have no regulations in place for it yet. The governing body with the power to put level 3 and level 4 applications on the road is the Ministry of Industry and Information Technology (MIIT). The MIIT is currently working on a draft regulation poised to allow level 3 and level 4 vehicle applications on public roads, effectively leap-frogging other regions.

The vehicles must also provide driver monitoring, ensuring the driver is paying adequate attention or has not fallen asleep while the car is operating autonomously, a particular concern for level 3, which requires the re-engagement of the driver on short notice. The vehicle must also be certified under different operational domains, for example, road types, weather conditions, lighting conditions, and connected availability. The cars must also self-diagnose their autonomous system and change their operational design domain or notify the user accordingly.

European countries and Japan will have level 3 vehicles operating to their full potential on the roads imminently. The same level 3 cars will likely be available in other countries, but the level 3 functionality will be software restricted. They will become level 3 waiting, ready to be unleashed when the countries’ regulatory bodies are prepared.

New Automotive Cloud Helps the Industry Deliver on the…

Autonomous Trucks Make the Most Compelling Case for…