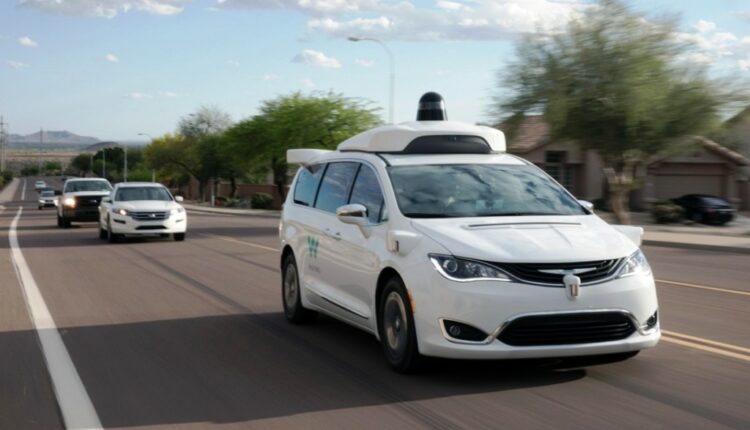 Waymo, the self-driving vehicle company under Alphabet, has launched a robotaxi service open to specific vetted riders in San Francisco.

On Tuesday, the company officially kicked off its Waymo One Trusted Tester program in the city with a fleet of all-electric Jaguar I-PACEs equipped with the fifth generation of its autonomous vehicle system. This AV system, which has been branded the Waymo Driver, is informed by 20 million self-driven miles on public roads and over 10 billion miles driven in simulation, according to Waymo.

The so-called Waymo One Trusted Tester program mirrors the company’s strategy in Phoenix, where it rolled out its first commercial ride-hailing service several years ago. The Trusted Tester program is a rebranding of Waymo’s previous Early Rider Program in Metro Phoenix in April 2017. Seeing as it’s been over four years, those riders are no longer precisely “early,” so a name change was in order, according to a Waymo spokesperson.

San Franciscans can download the Waymo One app and express their interest in joining the program, which will begin with an initial select group from diverse backgrounds with varied transportation needs, including wheelchair accessibility, according to Waymo. The company would not share how many riders would be included in the initial group, nor how many Jaguars it will have roaming the city, but it said riders would have to be willing to offer detailed feedback on their riding experience sign a nondisclosure agreement.

Waymo will encourage riders to use its autonomous service to help them with their everyday mobility needs. The rides are free for now and will start in an initial territory in parts of San Francisco, including the Sunset, Richmond, Pacific Heights, Noe Valley, the Castro, Haight-Ashbury and more, with expectations to expand over time. The spokesperson told TechCrunch that the service would be offered 24 hours per day, seven days per week.

The company will have so-called “autonomous specialists” — another term for human safety operators — sitting in the front seat to monitor the ride and ensure a safe experience. These safety drivers are contract workers and employed by Transdev. Waymo has long partnered with Transdev to provide staffing for some of its operations.

Waymo’s rider support team will also be available at the tap of the button on the in-car screen or through the app if riders have any questions during their rides, the spokesperson said.

Waymo’s first ride-hailing service launched in Phoenix, but its roots are in California, notably the Silicon Valley enclave of Mountain View. It’s been testing in the greater San Francisco Bay area for more than a decade.

The company began testing its robotaxi service by offering autonomous rides to its employees in the city earlier this year.

The news about the Trusted Tester launch comes a week after Waymo announced that it’s scaling up its Waymo Via autonomous trucking operations in Texas, Arizona and California, and is building a trucking hub outside of Dallas. The company has also been testing its fifth-generation Driver on Class 8 trucks in Texas, hauling freight for carriers like J.B. Hunt, so this newest application of the Driver is a sign that Waymo is either succeeding at its push to full autonomy or that it’s putting the recent $2.5 billion in funding to good use.