“I’m super happy to win, especially to do it here where I took my first podium back in 2012! A big thanks to Cyan Racing for the hard work all weekend long. It’s still a long way to go in the championship, and we need to keep pushing,” said Santiago Urrutia. 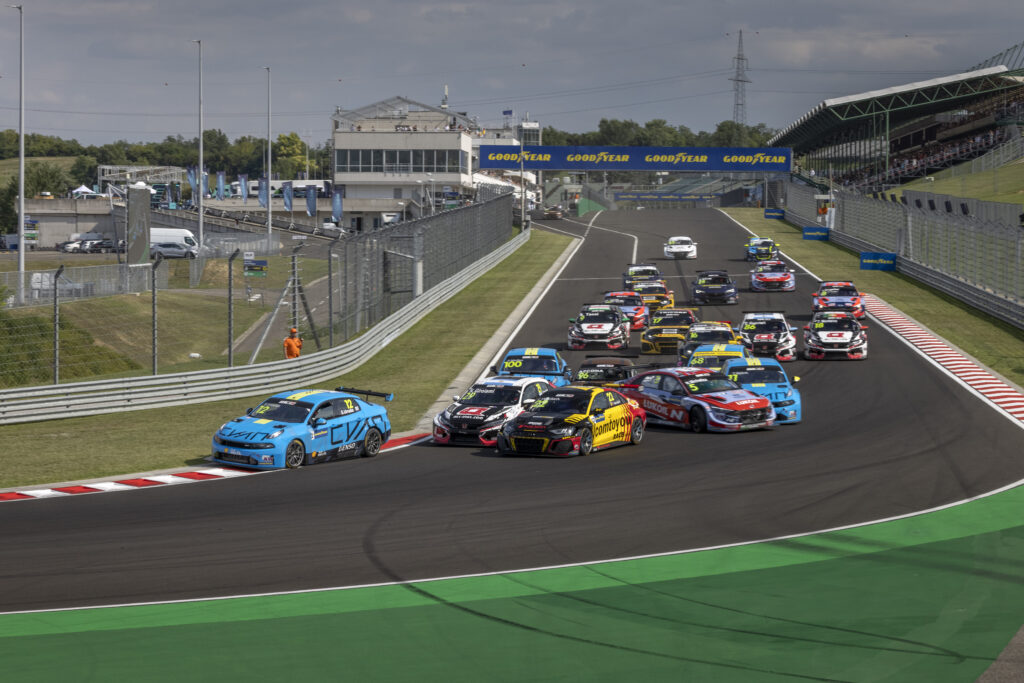 Yann Ehrlacher made an impressive move on the last lap of the first race to claim a podium finish, scoring enough points over the weekend with fourth in the second race to claim the championship lead.

“We scored good points this weekend, and I’m happy to claim a podium finish. I’m satisfied with our performance this weekend and the feeling we had in the car. Now we need to keep chasing good points in the new races of the calendar,” said Yann Ehrlacher. 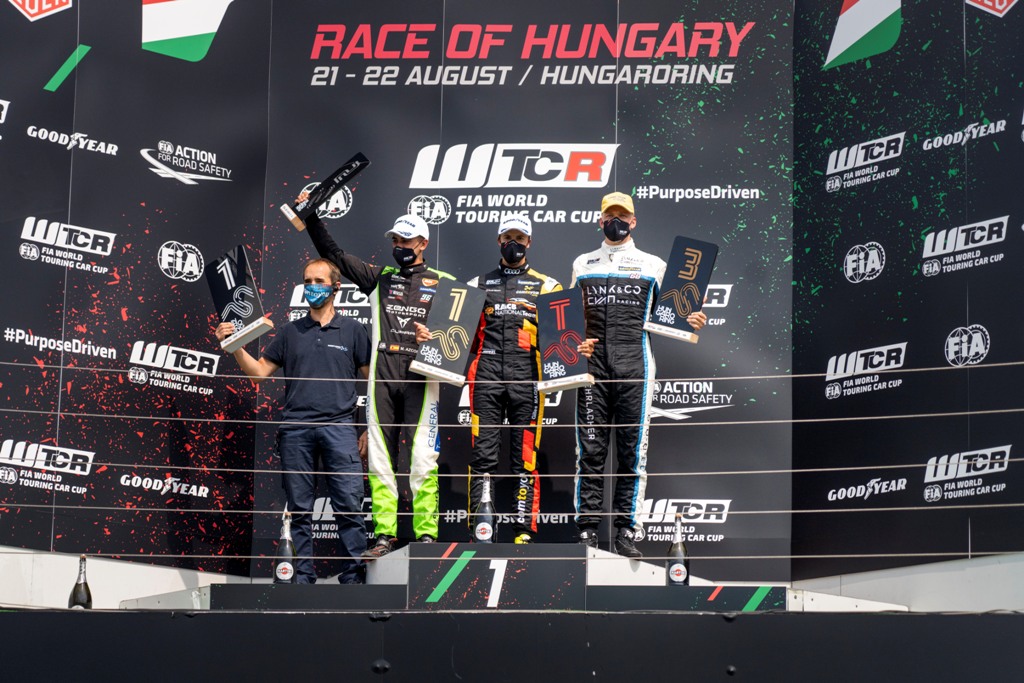 Thed Björk drove a consistent weekend in Hungary, fifth in the first race and seventh in the second.

“We scored some good points this weekend despite two rather messy races for me. But I’m very happy for my team-mate Santi who won the final race. Now I’m very much looking forward to the races at Most where I’ve raced in the past,” said Thed Björk.

Yvan Muller, meanwhile, was involved in an accident at the start of the first race where Mikel Azcona pushed the quadruple world champion into a spin. The Frenchman recovered in the second race to finish sixth.

“Unfortunately, I finished 15th in the first race because somebody pushed me around at Turn 1. I did a good start in the second race to finish sixth from eighth on the grid. I can’t be happy with this weekend, but we still scored some points,” said Yvan Muller. 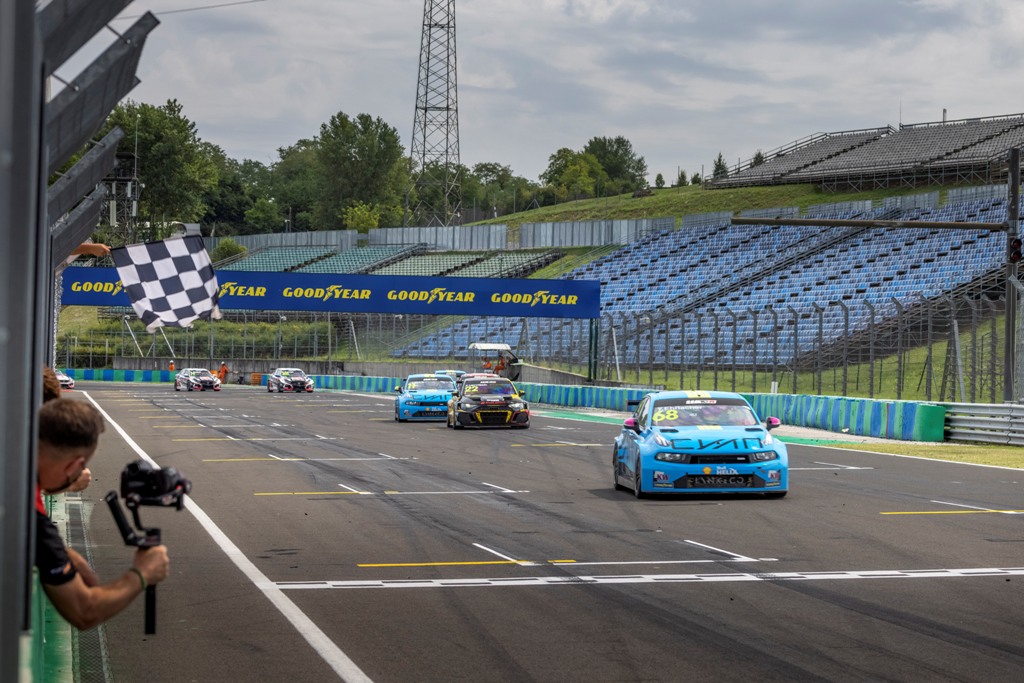 Teams Cyan Racing Lynk & Co (Ehrlacher/Muller) and Cyan Performance (Urrutia/Björk) are first and second in the championship after the Hungarian round 181 and 174 points, respectively.

The next WTCR round takes place at Most in Czechia on October 8-10. 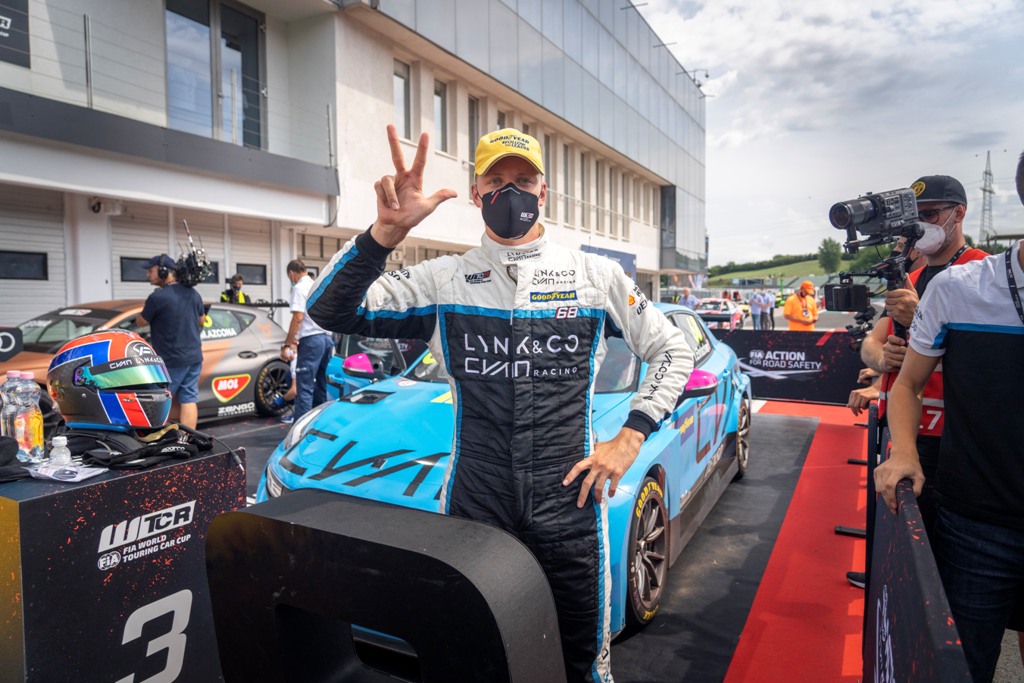 Want To Plan a Staycation? 7 Ways To Keep Your Fuel Costs Down