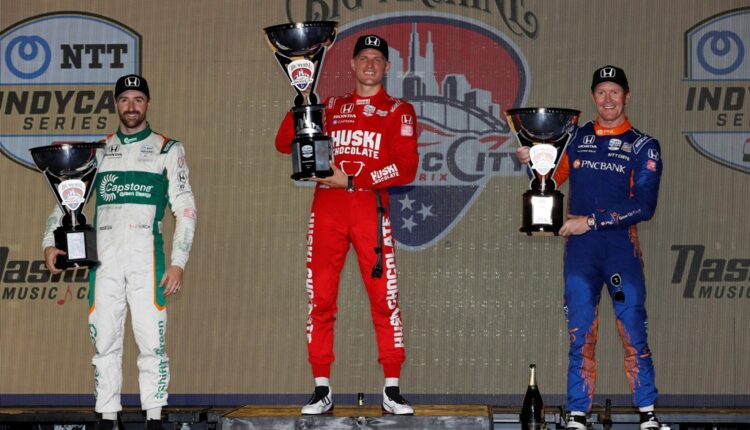 Ericsson, Honda Hit All the Right Notes in Nashville

In the first of many incidents in the 80-lap contest, Ericsson hit the back of Sebastien Bourdais’ A.J. Foyt Racing Indy car, with Ericsson’s Chip Ganassi Racing machine rising high in the air after making wheel-to-wheel contact with Bourdais. Ericsson assessed a stop-and-go penalty for avoidable contact but returned to hold off a previously dominant Colton Herta and score his second career INDYCAR victory.

Honda drivers and teams swept the top seven finishing positions today, with every Honda team featuring at least one driver in the top 10. Behind Ericsson, teammate and defending series champion Scott Dixon moved to second in the drivers’ championship standings with a second-place finish. Andretti Autosport teammates James Hinchcliffe and Ryan Hunter-Reay finished third and fourth, respectively, and Graham Rahal rounded out the top five for Honda.

2023 Acura Integra: Everything We Know So Far