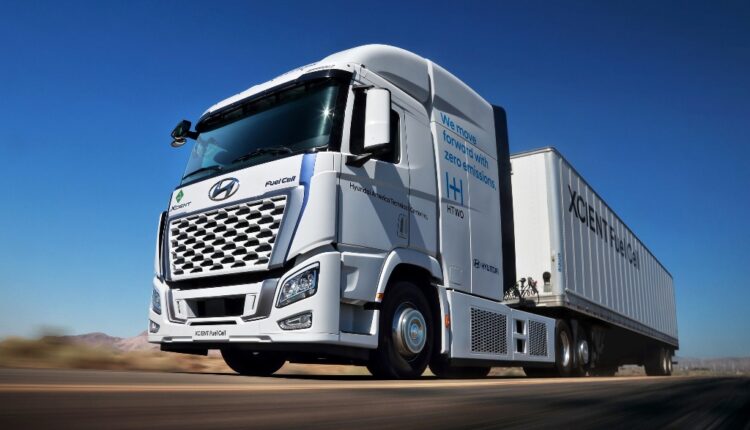 Hyundai Motor Company today announced its plan to deploy the company’s latest hydrogen fuel cell heavy-duty electric trucks in California for two publicly funded projects to improve the air quality in the region. The demo trucks that Hyundai will bring into the United States are developed based on XCIENT Fuel Cell, the world’s first mass-produced, heavy-duty truck powered by hydrogen.

Debuting last year in Switzerland, XCIENT Fuel Cell has proven its commercial viability through more than one million kilometres of driving in real-world conditions. The U.S. model provides a maximum driving range of 500 miles or about 800 kilometres.

Hyundai will leverage insights gained from these public projects to develop its zero-emission commercial fleet business in the U.S. and establish local partnerships across the value chain.

Hyundai Motor teamed with public and private partners in the U.S. to operate 30 Class 8 XCIENT Fuel Cell trucks, starting from the second quarter of 2023. This will be the largest commercial deployment of Class 8 hydrogen-powered fuel cell trucks in the U.S.

A consortium led by the Center for Transportation and the Environment (CTE) and Hyundai Motor recently won $22 million in grants from the California Air Resources Board (CARB) and the California Energy Commission (CEC) and $7 million in additional contributions from the Alameda County Transportation Commission and the Bay Area Air Quality Management District in support of this project.

Hyundai’s NorCAL ZERO project, also known as Zero-Emission Regional Truck Operations with Fuel Cell Electric Trucks, will deploy 30 Class 8 XCIENT Fuel Cell units with a 6×4 drive axle configuration in northern California by the second quarter of 2023. Glovis America, a logistics service provider, will be the fleet operator of these trucks. Macquarie’s Specialized and Asset Finance business, part of its Commodities and Global Markets division, will finance the trucks through a lease to the operator.

“We are proud to fund this hallmark deployment of 30 hydrogen fuel cell electric trucks and improve the air quality in Northern California,” said Hannon Rasool, Deputy Director of Fuels and Transportation Division at the California Energy Commission. “These investments will support zero-emission trucks and infrastructure development and deployment as part of the U.S. market ecosystem. Public and private project partners have come together to take a big step forward in decarbonizing freight and goods movement, as part of CARB and CEC’s clean air initiatives.” 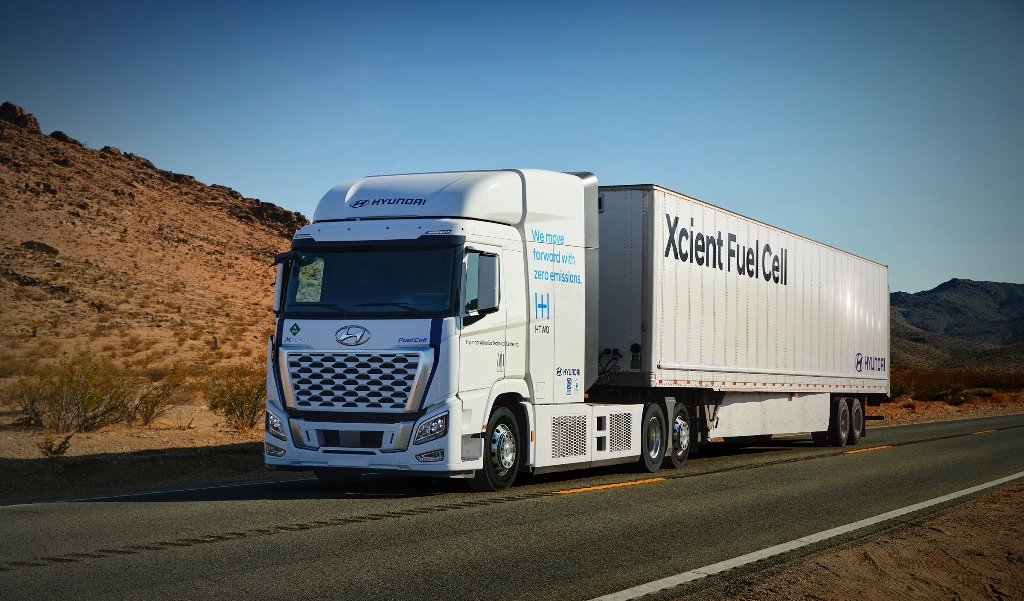 The consortium also plans to establish a high-capacity hydrogen refuelling station in Oakland, California, that will support as many as 50 trucks with an average fill of 30 kilograms.

Hyundai Motor and its fleet partner plan to begin operating these trucks in August. They will be used for long-haul freight operations between warehouses in southern California for 12 months. Hyundai will also work with the market leader in hydrogen refuelling stations in California, First Element Fuel (FEF), to utilize three hydrogen refuelling stations in the region to refuel the trucks.

“We look forward to seeing this important fuel cell project from Hyundai come to life,” said Ben J. Benoit, South Coast AQMD’s Governing Board chair. “The development of long-haul zero-emission truck technology is key to reducing emissions that will provide immediate benefits to our air and our communities.”

Hyundai Motor gained the support of California funding agencies and local communities to demonstrate its hydrogen fuel cell heavy-duty commercial vehicles, mainly due to the XCIENT Fuel Cell truck’s proven track record in Europe. In 2020, Hyundai announced its plan to deliver 1,600 XCIENT Fuel Cell trucks to Europe by 2025. The first 46 units were dispatched to Switzerland last year, and they have cumulatively driven more than one million kilometres, or about 620,000 miles, in 11 months of service. During that time, the fleet has reduced CO2 emissions by an estimated 630 tons, compared to diesel-powered vehicles.

Based on the experience gathered from the initial demonstrations, Hyundai will accelerate its effort to launch its zero-emission commercial trucks in North America officially. Hyundai is already in talks with multiple logistics and commercial companies interested in leveraging hydrogen technology for their freight delivery and drayage services in the U.S. In the long-term, Hyundai will strive to establish hydrogen value chains with local partners by introducing diverse commercial vehicle lineups powered by hydrogen.

Why Do US Police Officers Touch a Vehicle’s Taillight When They Pull a Driver Over?

Automotive 2030: Racing Toward a Digital Future