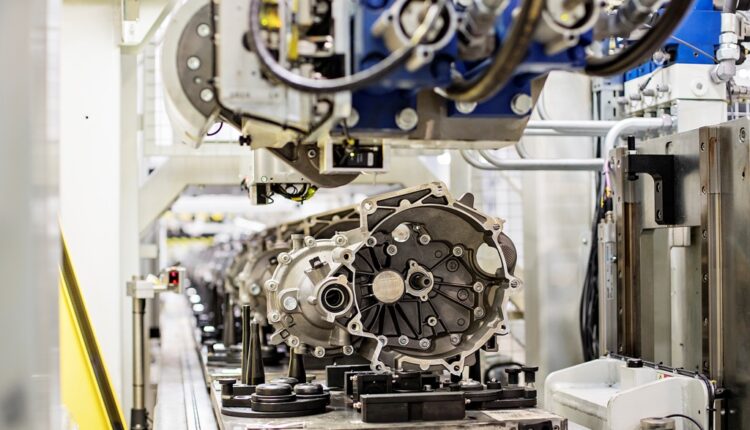 Škoda Auto has produced its eight millionth MQ200 manual gearbox since production started at the Mladá Boleslav site in 2000. The manual five- or six-speed transmission is used in various Škoda Auto models and vehicles produced by the Volkswagen, Audi and Seat Group brands. Around 1,900 units are made every day. The car manufacturer also makes the MQ100 transmission at its headquarters.

Three hundred eighty-three thousand units of the manual five- or six-speed transmission ran off the production line in Mladá Boleslav last year alone, and the daily production volume is currently around 1,900 units. The MQ200 is installed in vehicles with petrol engines with a torque of up to 200 Nm and a displacement of 1.0 to 1.6 litres. It is used in Škoda, Volkswagen, Audi and Seat models.

Michael Oeljeklaus, Škoda Auto Board Member for Production and Logistics, emphasises: “I congratulate the entire team on achieving this production milestone. This is a great achievement and attests to our technical expertise; the MQ200 manual transmission exemplifies high quality and durability. The production of this gearbox is a clear sign of the importance of component production at the Group level.”

In addition to assembling the MQ100 and the MQ200 in Mladá Boleslav, the Czech car manufacturer also produces the DQ200 automatic 7-speed direct transmission at its Vrchlabí plant. In total, the company employs around 1,700 people in transmission production at the two sites.

Škoda also produces high-voltage traction batteries for the plug-in hybrid Škoda Superb iV and Škoda Octavia iV models adjacent to transmission products in the same factory hall in Mladá Boleslav. In addition, the production of MEB battery systems for the Škoda Enyaq iV will start at the exact location in early 2022.

After Being Painstakingly Restored, the ŠKODA 935 DYNAMIC Is…