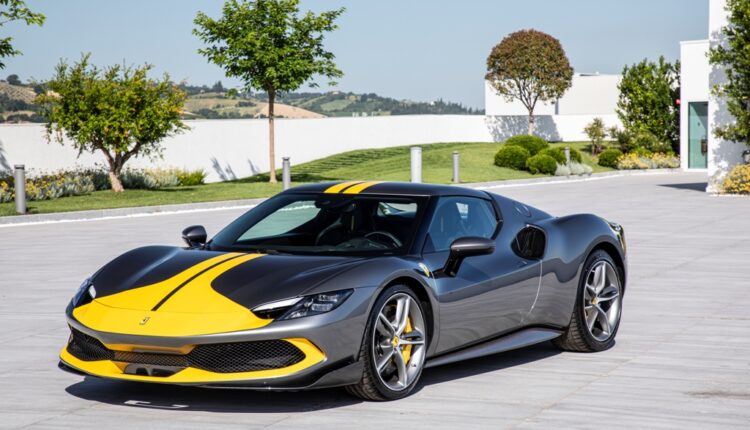 A new Ferrari 296 GTB redefines the whole concept of fun behind the wheel, guaranteeing pure emotions when pushing the car to its limits and in day-to-day driving situations.

The 296 GTB ushers in an authentic revolution for Ferrari as it introduces a new engine type to flank the marque’s multi-award-winning 8- and 12-cylinder power units: a new 663 CVS 120° V6 coupled with an electric motor capable of delivering a further 122 kW (167 CVS). This is the first 6-cylinder engine installed on a road car sporting the Prancing Horse badge; it unleashes its massive 830 CVS total power output to deliver previously unthinkable performance levels and an innovative, exhilarating and unique soundtrack. 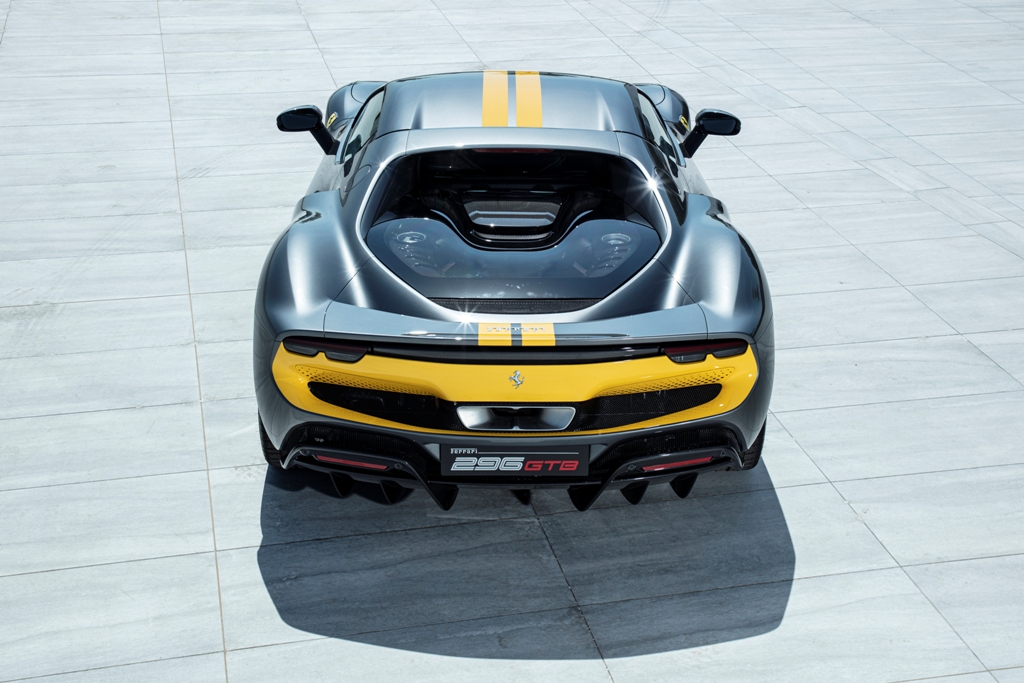 The car’s name, which combines its total displacement (2992 l) and several cylinders, was chosen, with the addition of the GTB (Gran Turismo Berlinetta) acronym in finest Ferrari tradition, to underscore this new engine’s epoch-changing importance to Maranello. It is not simply the living, beating heart of the 296 GTB, but it also ushers in a new V6 era that has its roots deep in Ferrari’s unparalleled 70-year-plus experience in motorsports.

The first Ferrari V6 featured a 65° architecture and debuted on the 1957 1500 cc Dino 156 F2 single-seater. This was followed in 1958 by bigger displacement versions on the front-engined sports prototypes – the 196 S and 296 S – and F1 cars, such as the 246 F1, which powered Mike Hawthorn to the F1 Drivers’ Championship title the same year.
The very first Ferrari to sport a mid-rear-mounted V6 was the 246 SP in 1961, which won the Targa Florio both that same year and in 1962, amongst many others. 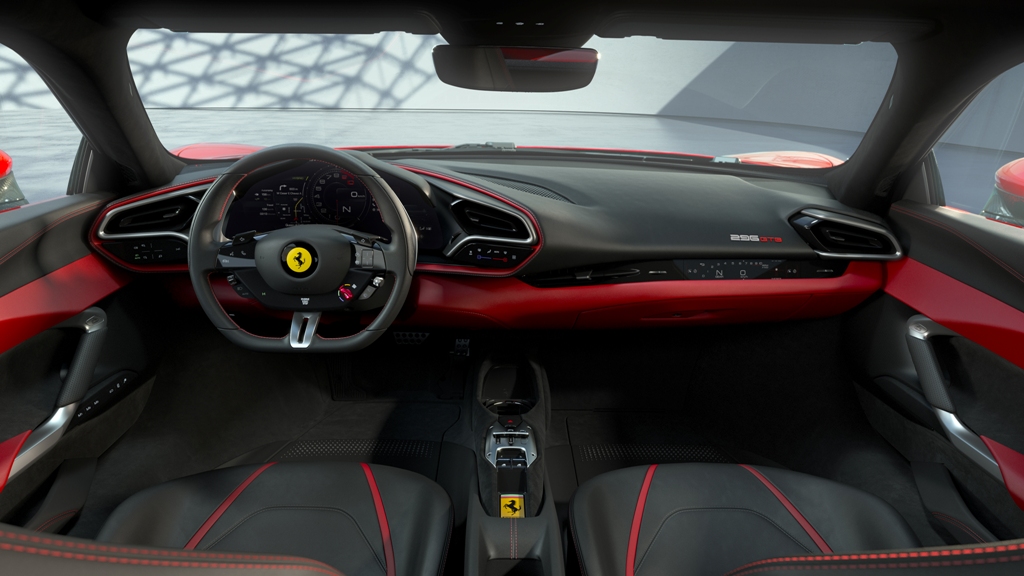 Also, in 1961, Ferrari secured its first Constructors’ title in the Formula 1 World Championship with the 156 F1, powered by a 120° V6. Ferrari first installed turbos between an engine’s cylinder banks on the 126 CK in 1981 and subsequently on the 126 C2 in 1982, which became the first turbocharged car to win the Formula 1 Constructors’ World Championship title. This was followed up with a second title in 1983 with the 126 C3. Lastly, V6 turbo hybrid architecture has been used on all Formula 1 single-seaters since 2014.

The 296 GTB’s plug-in hybrid (PHEV) system guarantees an incredibly usable car, cuts pedal response times to zero, and delivers a 25km range in all-electric eDrive mode. The car’s compact dimensions and the introduction of innovative, dynamic control systems and meticulously honed aero ensure that the driver will instantly experience its astonishing agility and responsiveness to commands. Its sporty, sinuous design and highly compact dimensions also visually underscore its exceptional modernity, brilliantly referencing the likes of the 1963 250 LM, the perfect marriage of simplicity and functionality.

As was the case with the SF90 Stradale, for clients who want to exploit the car’s extreme power and performance to the utmost, particularly on the track, the 296 GTB is also available with the Assetto Fiorano package, which includes lightweight features and aero modifications. 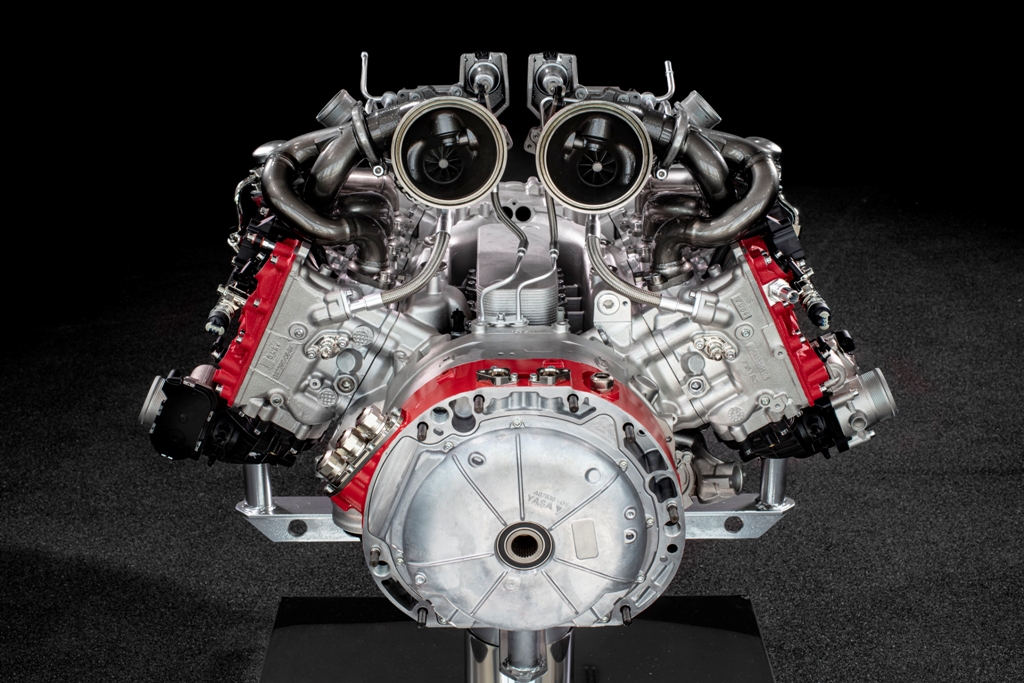 ** with eManettino in Qualify mode