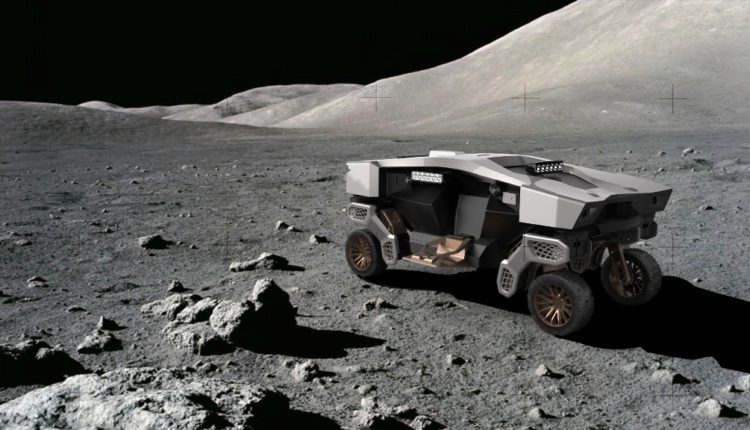 With the unveiling of Hyundai’s Transforming Intelligent Ground Excursion Robot Experiment, Tiger X-1 for short, it seems the Korean automaker is making serious efforts to bring the four-legged car concept to market.

A variation on the 2019 model, Tiger X-1 is transportable by UAV and can traverse the harshest terrains, including the Moon’s surface.

In December of last year, Hyundai bought a $1.1 billion majority stake in Boston Dynamics, showcasing its belief that robotics will play a large role in the future of mobility.

Unveiled on Tuesday, Feb. 10, The Tiger concept was devised before the Boston Dynamics acquisition.

Much like the Elevate concept, the Tiger X-1 transforms from an electric four-wheel drive into a four-legged walking car, allowing it to traverse uneven terrain that would be inaccessible to a standard vehicle.

Unlike Elevate, the Tiger is an uncrewed, autonomous vehicle designed to carry payloads, such as emergency aid packages, over harshest terrains without human intervention.

Including Tiger’s wheel motors, there are a total of 28 engines and 28 position sensors between the X-1’s four legs.

This means that when the vehicle is travelling over even terrain, it uses its wheels in the typical fashion; however, if the landscape becomes uneven, or an obstacle gets in the way, the vehicle’s legs extend allowing it to perform a combination of walking and driving, as the wheels are still the vehicle’s point of contact with the ground.

To round off Hyundai’s impressive futuristic vision, Tiger X-1 is transportable by UAV, which allows it to reach the remotest of locations — where it can act as a mobile scientific exploration platform.

“Vehicles like TIGER, and the technologies underpinning it, allow us to push our imaginations,” said Dr John Suh, Head of New Horizons Studio. “We are constantly looking at ways to rethink vehicle design and development and re-define the future of transportation and mobility.”

Hyundai‘s ambitions are equally evident in the company’s video (below) for Tiger X-1, which shows the vehicle on the surface of the Moon and other remote locations.

To make this type of exploration as efficient as possible, the Tiger weighs 12 kg (26 pounds) and measures approximately 79 cm (31 inches) long and 41 cm (16 inches) wide when folded up, making it roughly the size of a carry-on suitcase.

Drawing from Autodesk’s expertise in generative design, the X-1’s chassis, leg segments, and even its wheels and nonpneumatic tires are all 3D printed using carbon fibre composite.

In spite of the fact that such a vehicle is unlikely to reach production in the near future, its development is likely to have an impact on mobility-focused ‘purpose-built vehicles’ from Hyundai and Kia, the first of which is set to arrive in 2022 using a platform from a partner company. 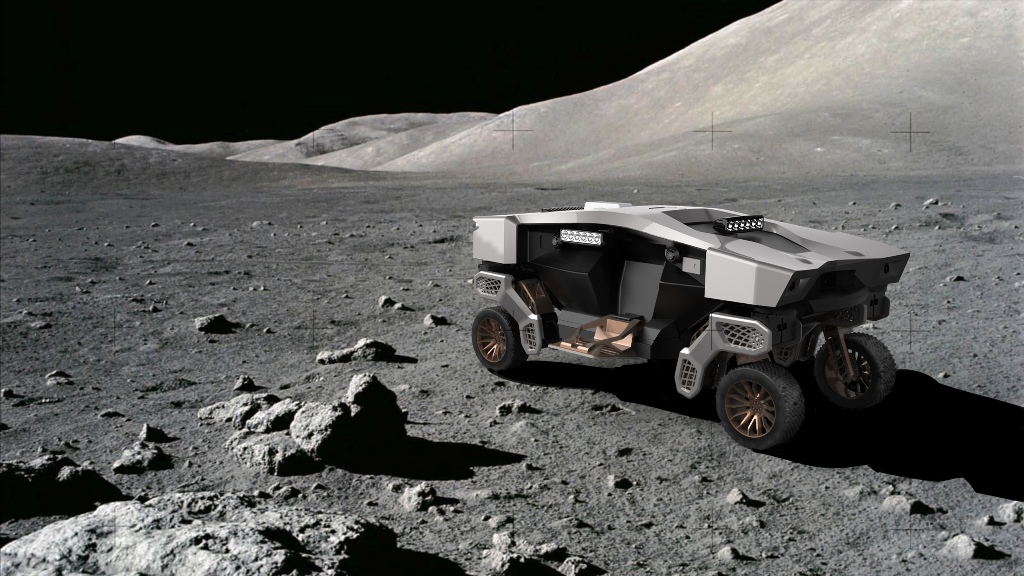 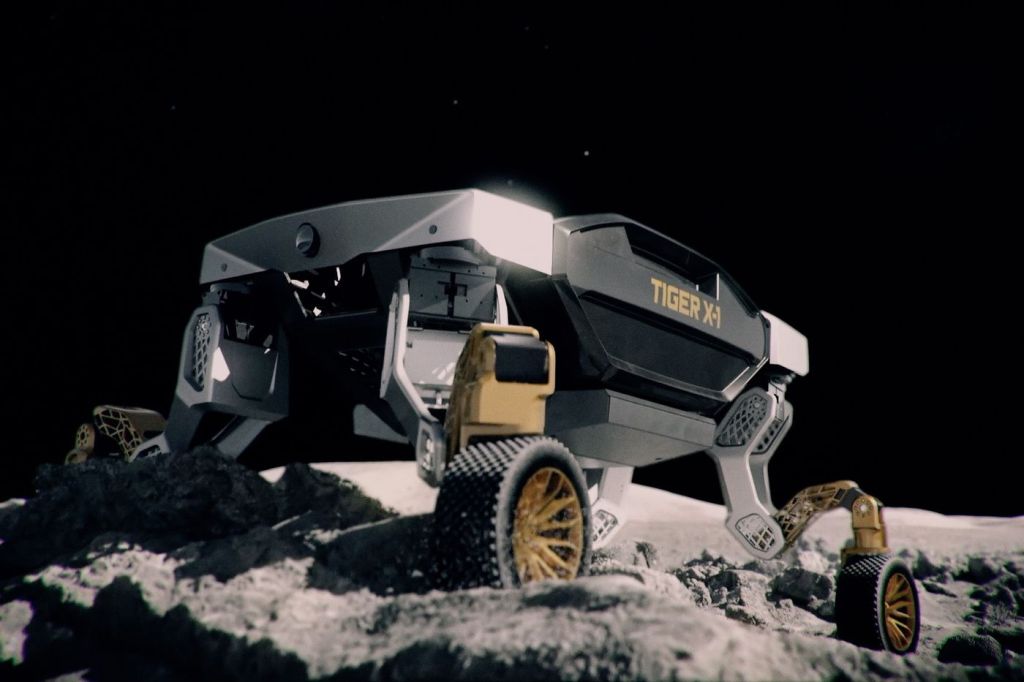 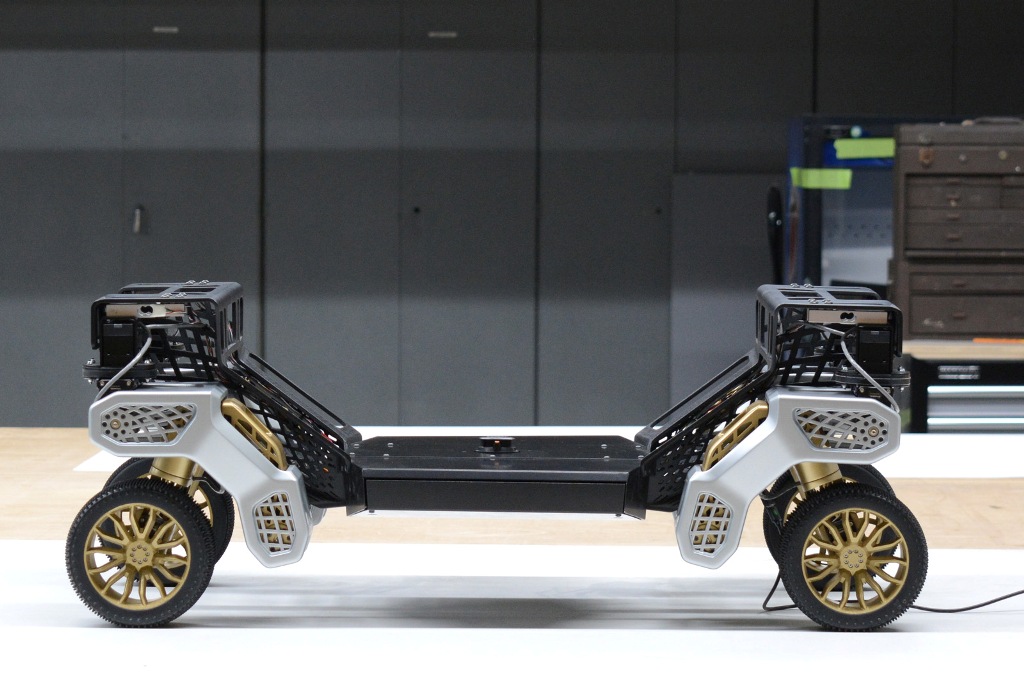 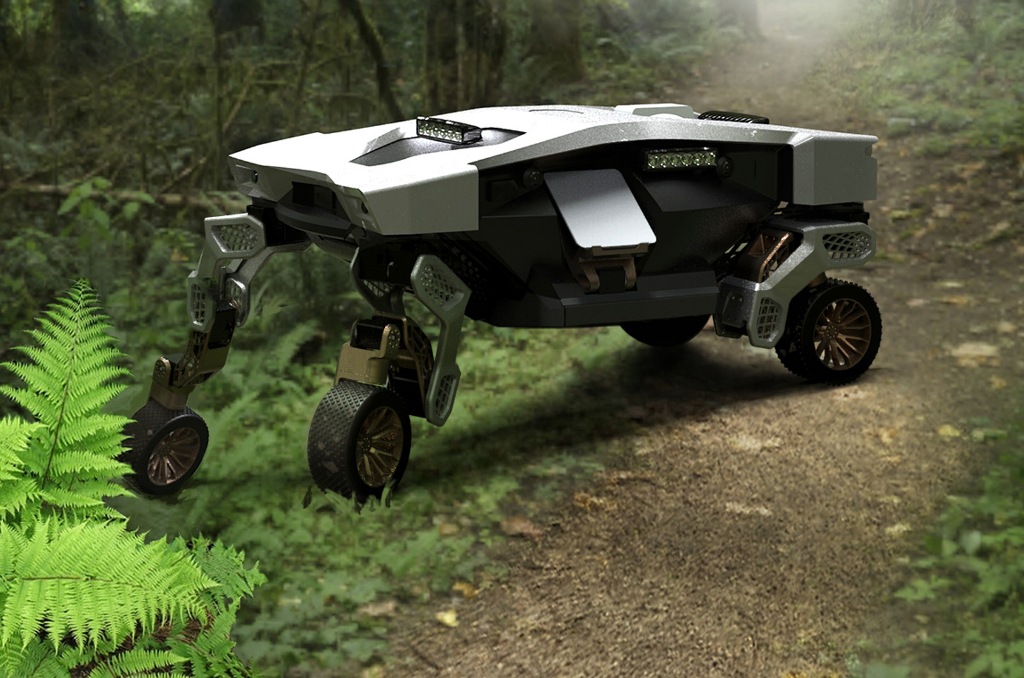