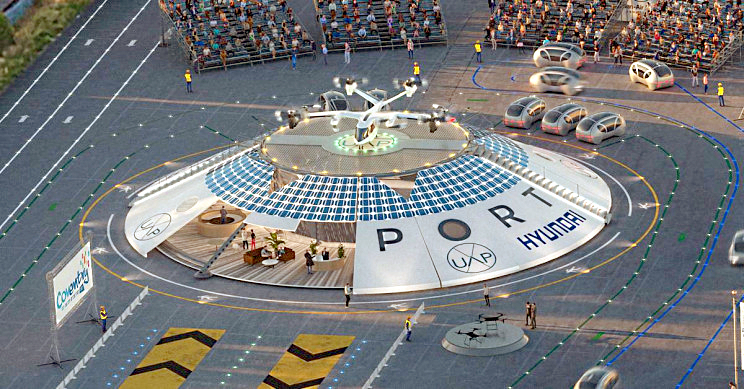 British-based start-up Urban-Air Port has partnered with car giant Hyundai Motor to engineer this futuristic airport to give everyone a taste of what is to come in the future of air travel. They are calling their new construction the Urban AirPort.

The new project will develop a zero-emission infrastructure that will host the next generation of electric and autonomous air vehicles.

An Urban AirPort is 60% smaller than a traditional heliport, can be installed in a matter of days, and can be moved to alternative sites if the need arises. It’s also extremely eco-friendly as it emits net-zero carbon emissions.

An Urban AirPort can support any eVTOL and is ideal for emergency circumstances. It can rapidly deploy drones and other eVTOL to transport supplies, equipment, and people where needed most.

Hyundai plans to create its own eVTOL aircraft and is supporting the development of Air-One as part of its plan to commercialize its aircraft by 2028. The new airport is being built in the city of Coventry and will be ready by November 2021.