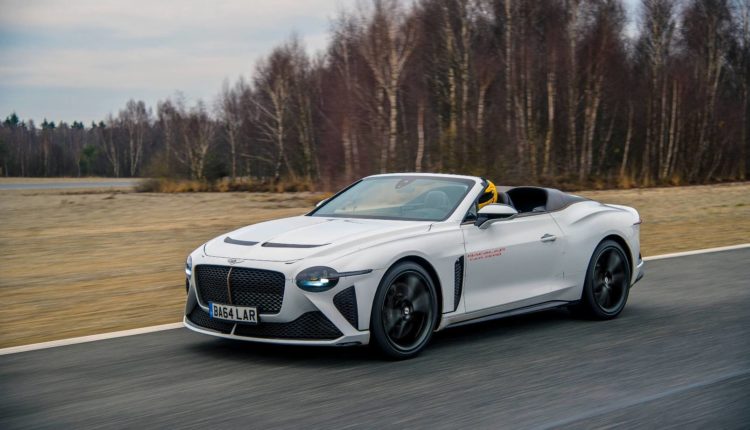 The first member of the Bentley Mulliner Coachbuilt portfolio – the Bacalar – has started its final test, development and durability work ahead of 12 pre-sold customer cars due to start building next year.

Bacalar Car Zero, a purpose-built engineering prototype and the first Barchetta-style Bentley of the modern era, is already accumulating mileage and passing crucial quality tests at various locations around Europe.

The on-car validation programmes have been condensed into a hectic schedule covering 20 weeks. So far, the car has completed wind tunnel-based aerodynamic assessment, high-speed stability and top speed testing, handling and dynamics evaluations, appraisal of noise and vibration, and careful thermal measurements. The car now enters a period of ongoing customer-focused mileage accumulation and durability work, before a phase of climate cycle testing up to 80 °C and intensive electrical system validation.

All of this work is vital to sign-off the new and bespoke nature of the Bacalar – the car includes a total of more than 750 new components, all of which have to pass Bentley’s exceptionally stringent quality, functionality and durability standards. More than 40 of those parts are crafted in carbon fibre, while a complement of nearly 100 are produced using rapid additive manufacture techniques.

Bentley’s Director of Mulliner, Paul Williams, comments: “Very much like Blower Car Zero that we unveiled last week, Bacalar Car Zero is the crucial prototype that we’re using to sign-off the design, engineering and craftsmanship of this ground-breaking part of Bentley Mulliner’s future. The Bacalar is a thoroughly modern iteration of the past’s coachbuilt Bentleys – extremely rare, entirely hand-crafted, totally bespoke to each customer and exquisite in its details. The whole team behind the car is thrilled to see the prototype shrugging off every test we throw at it, and we’re really looking forward to starting the build of the 12 customer cars.”

Just 12 examples of this striking, limited-edition model are being created, guaranteeing rarity and exclusivity, and offering supreme luxury and breath-taking performance. Bacalar looks to the future of bespoke luxury motoring – each model will be handcrafted in Bentley Mulliner’s workshop in Crewe, according to the individual customer’s personal.

This scarce car is appropriately named after Laguna Bacalar in Mexico’s Yucatan peninsula, a lake renowned for its breath-taking natural beauty, continuing Bentley’s naming cars’ strategy after remarkable landmarks which started with Bentayga in 2015.

Bacalar has been brought to life by Bentley Mulliner, reviving its specialism in providing rare coach-built cars to only a few discerning customers. A roofless Barchetta design with all-new and highly muscular coachwork, embracing a myriad of options and materials, each Bacalar will be truly unique, resulting from direct interaction between the Bentley Mulliner design team and the individual customer.

A masterpiece of craftsmanship, the Bacalar is a seamless fusion of materials with an intelligent technology curation. It draws on design DNA and materials inspiration from the beautifully sculpted, award-winning EXP 100 GT crowned ‘Most Beautiful Concept Car of the Year’ at the prestigious French Festival Automobile International and ‘Concept Car of the Year’ by GQ magazine. Materials include paint containing ash from rice husks, which provides a sustainable way of delivering a rich metallic finish, natural British wool and 5,000-year-old Riverwood sourced from the ancient Fenlands of East Anglia.

With the Bacalar, customers have had the ability to work closely with a team of specialist designers to enhance their vehicle with a selection of unique materials and specially curated options. The Bacalar is the first – but other new bespoke Bentleys will follow as part of the Bentley Mulliner Coachbuilt portfolio –]

The new Bentley Mulliner Bacalar is a genuine ‘roofless’ Barchetta – a luxury, two-seat, open-air performance car, the likes of which have never been seen before. Handcrafted to the individual customer’s personal tastes, Bacalar is the ultimate expression of an open-top Grand Tourer: a spirited GT combining traditional handcrafted techniques with the latest cutting-edge technology.

The Bacalar shares no body panel with any other car in the Bentley model line-up and derives inspiration from the dramatic EXP 100 GT concept car conceived to mark its centenary last year. Indeed, it only shares one exterior component with a Continental GT – the door handle, simply because it contains the keyless entry system. 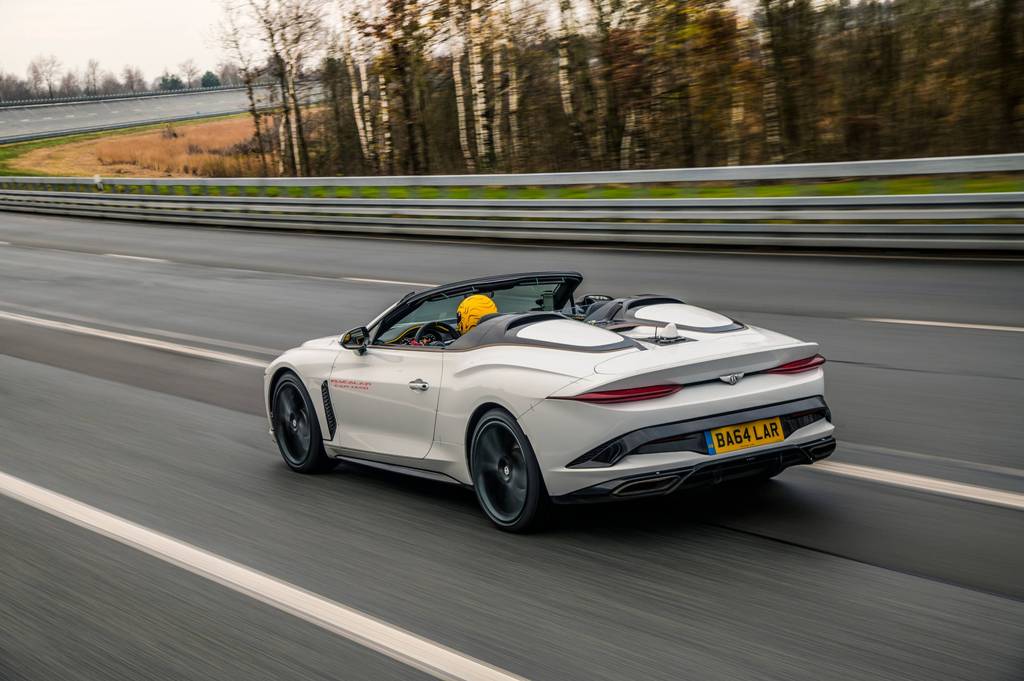 The rear clamshell, wings and top deck of the Bacalar are crafted from carbon fibre, while the doors are lightweight aluminium. Combined with three-dimensional printing, it has allowed designers to create an even more distinctive car.

The Legend Of Mulliner

The legend of Mulliner is woven into the very fabric of Bentley. The tradition of bespoke craftsmanship has been passed down from generation to generation since the 1500s when Mulliner was founded as a saddler.

The then independent Mulliner crafted a bespoke, 3-litre, two-seater Bentley for the 1923 Olympia Show in London, creating a bond between the two companies that would last for decades.

Perhaps the most famous was Mulliner’s design for the 1952 R-Type Continental, still considered one of the most beautiful cars of all time. The fastest, four-seat sports car of the era, the R-Type’s iconic beauty continues to influence design today through the Bentley Continental GT.

Mulliner cemented its partnership with Bentley in 1959 by becoming part of the business. Today, around 40 employees, ranging from specialists with over 40 years of Mulliner experience to apprentices learning the skills that have been honed over decades of manufacturing, work for Mulliner.

UAE Debut of the New Huracán STO in Dubai