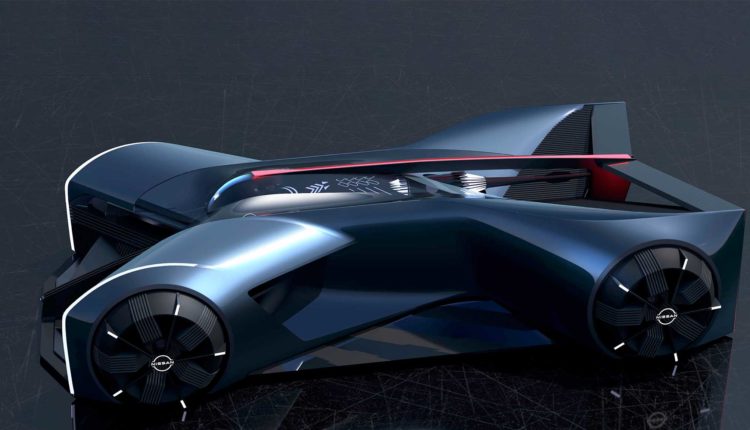 The design team at Nissan has built a full-scale model of a new concept car — conceived as a mind-controlled, rolling exoskeleton, the newly-debuted GTR-X is, without doubt, one of the most intriguing concept cars of 2020, according to a blog post on Nissan’s official website. 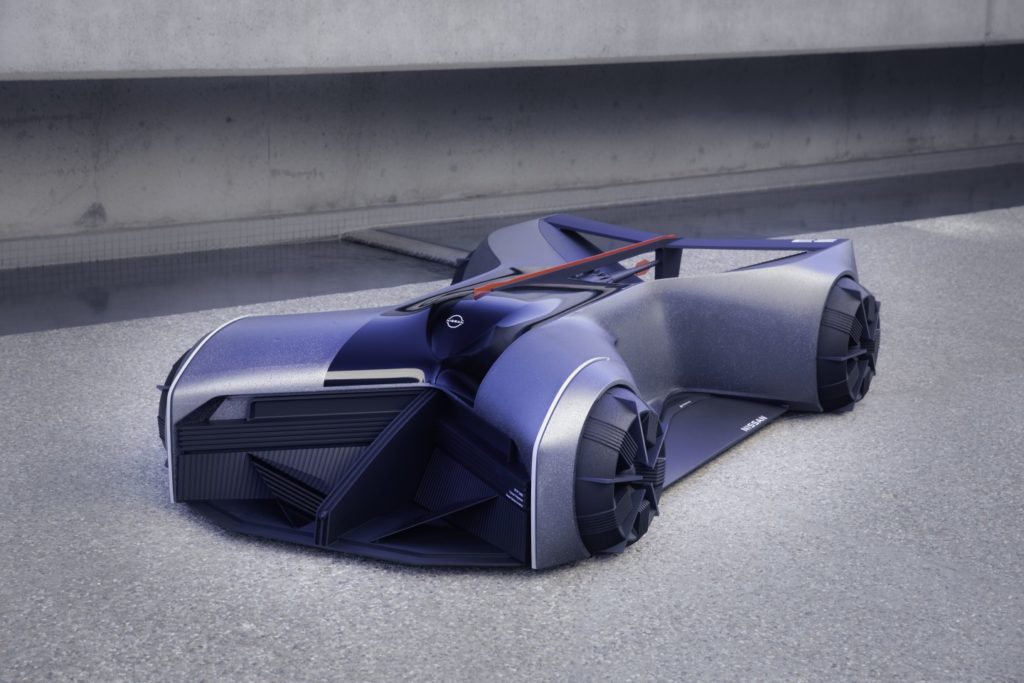 The GTR-X concept car was constructed around the human body. To slip inside, drivers will pop the GTR-X’s top, and lie flat on their belly — a position ideal for low-drag aerodynamics, not unlike the early autonomous Roborace car prototypes.

Notably, there’s no windscreen on Nissan’s latest prototype. Instead of relying on glass, drivers strap on a spherical VR helmet with several protruding sections designed to extend the driver’s range of sight with cameras installed on the car’s exterior. 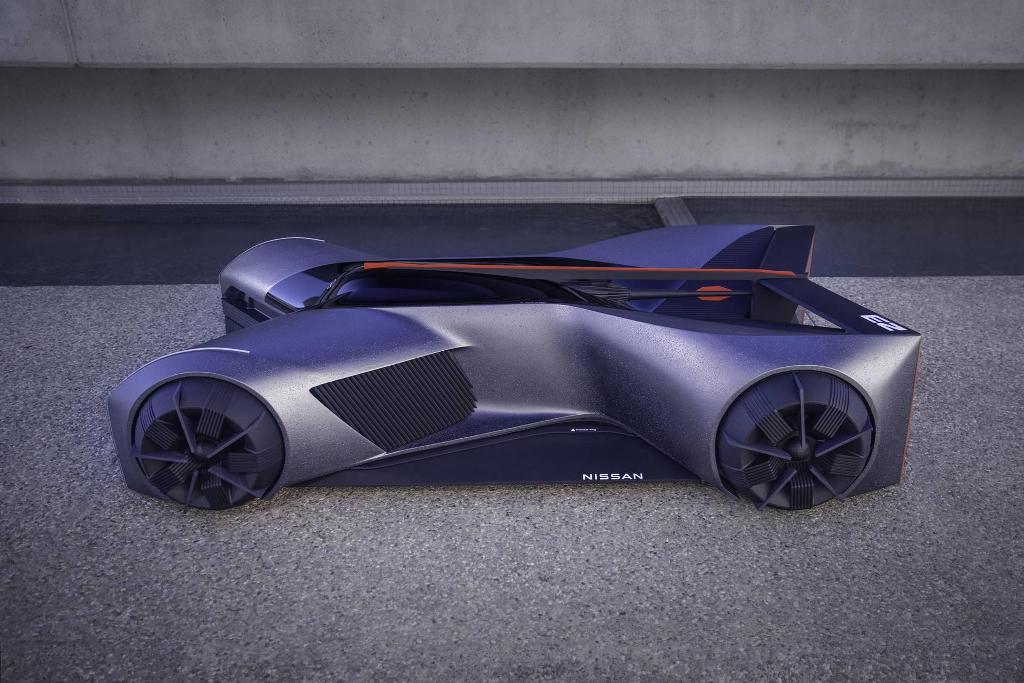 And there’s more. Apparently, drivers need to wear a race suit, along with a hefty backpack. The GTR-X still uses roads, but it doesn’t need a steering wheel — since it drives itself. The driver interface with the car works via a “brain to core transmitter” — which transmutes thoughts into digital form and sends them to a “plasma energy core” with a glowing blue hue where unspeakably sci-fi things happen.

As of writing, no one is technologically advanced enough to build the real deal — but it’s not impossible. Nissan will first have to tackle the problem of drivers coughing up lunch when their VR helmets display motion perpendicular to the visceral motion of the vehicle as it sways and jerks the body in every two-dimensional direction. 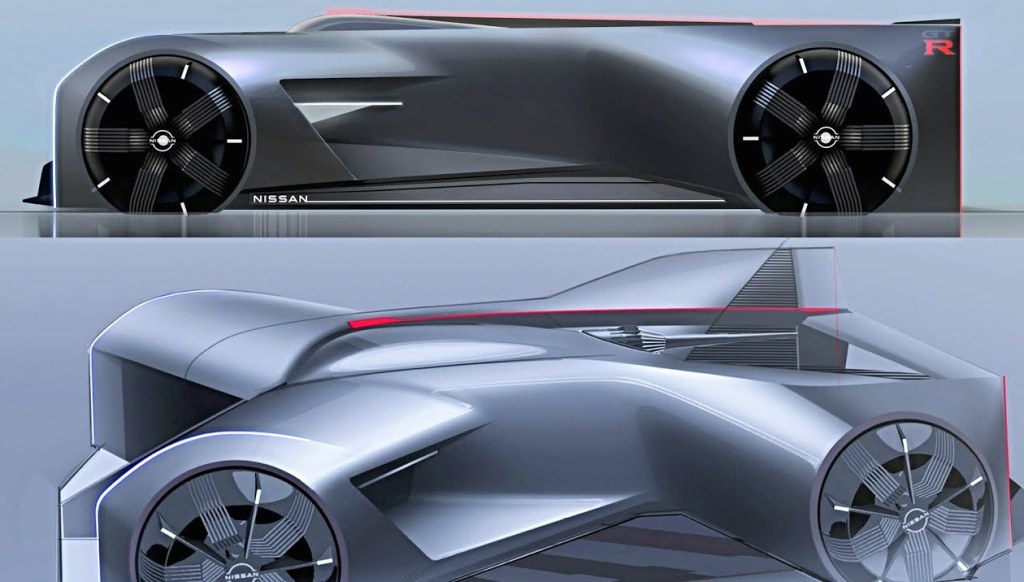 Nissan will also need to solve the problem of making Choi’s “360-degree” wheels functional. There’s also the issue of explaining and building “plasma energy cores.” In a less bleeding-edge sense, Nissan will need to take autonomous vehicle technology to the generation after the next — ditto for neural interface technology, to say nothing for how in the globally-warming world a company can market a vehicle designed to turn a human into a belly-surfing street rocket.

For now, the GTR-X is simply Choi’s thesis submission, in anticipation of his graduation from California’s ArtCenter College of Design. He hooked up with Nissan during a two-month pre-coronavirus internship at Nissan Design America. Needless to say, Nissan instantly saw the promise of Choi’s vision and built the 10-ft (3-m) long 1:1 model to help Choi as he carries his career forward. 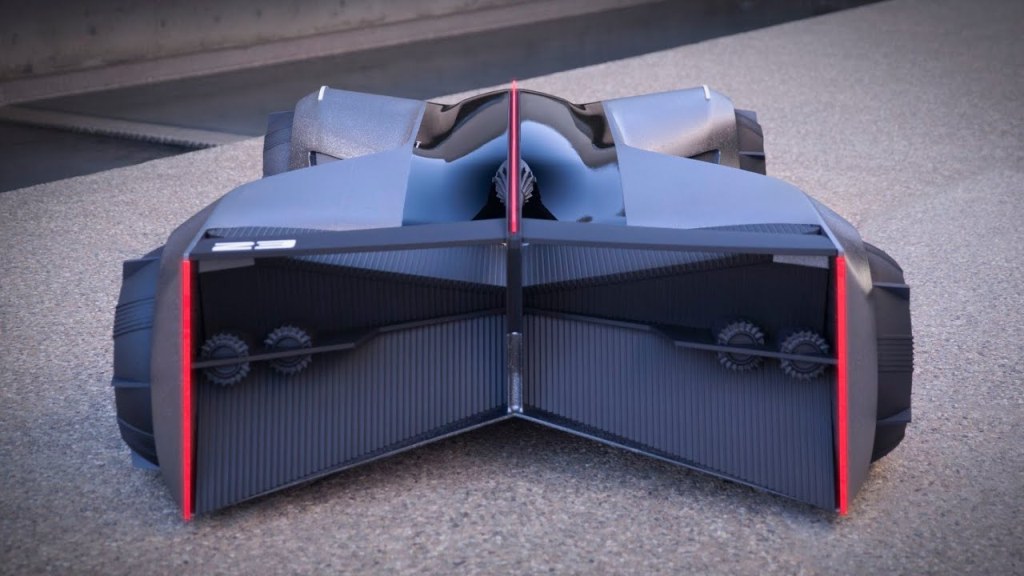 “JB is a super-talented, super-creative designer and his ideas about future supercars driven by brain-to-vehicle integration fit perfectly with Nissan’s advanced work in the B2V field,” said David Woodhouse, Nissan Design America’s Vice President. “His thesis was all about demonstrating the emotional connection technology can create, and the benefit that it can deliver for customers. It was super exciting for the NDA team to help JB give form to this idea as a 1:1 model.”

Fossil fuel cars will probably phase-out of the mainstream in the next decades, in favour of all-electric models and other energy sources. But as much as this feels like a paradigmatic shift, the real change in how we conceive of land-based vehicles could be how the physical architecture morphs to frame the human body in an aerodynamic frame — instead of the typical engine block and conventional passenger space. While it’s too soon to tell for sure what the world will be like in 30 years, there’s no harm in thinking big.