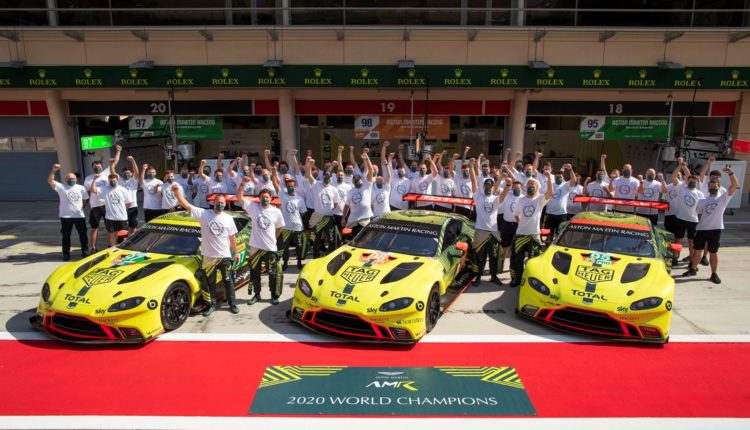 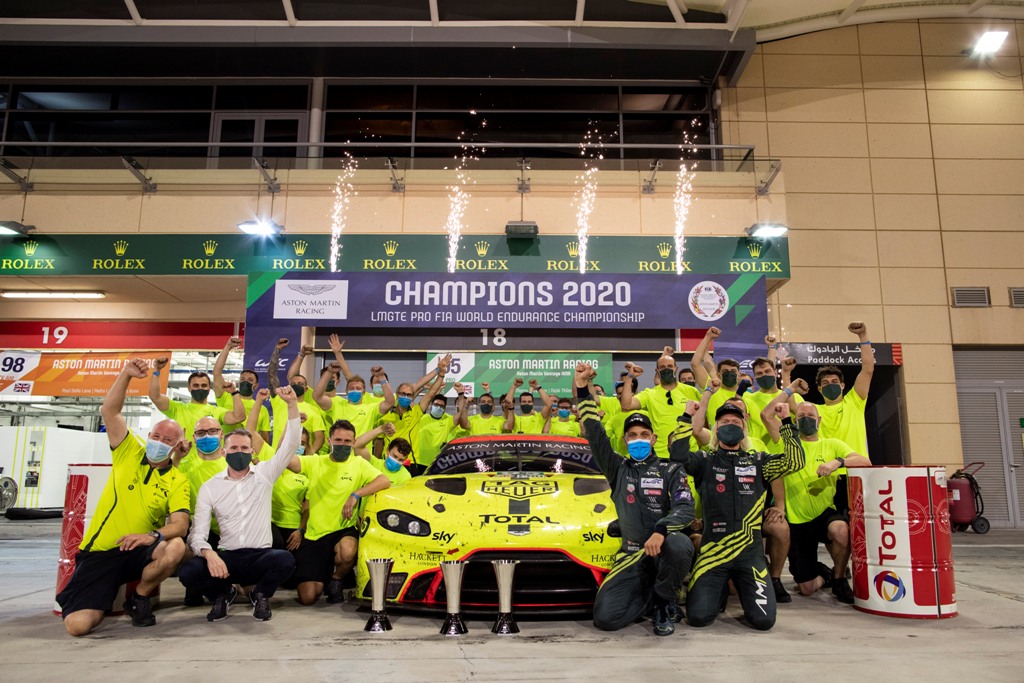 Aston Martin’s all-conquering Vantage GTE had already clinched the GT Manufacturers world championship with a famous victory at the 24 Hours of Le Mans in both the GTE Pro and Am classes in September before Thiim (DEN) and Sørensen (DEN) became GT World champions for the second time having previously won it in 2016.

This marks the most successful racing season for Aston Martin since 1959, and the first time that its cars have won two world titles and both classes at Le Mans in the same campaign, in a season that saw it beat arch-rivals, Porsche and Ferrari, in all the major Pro competitions. 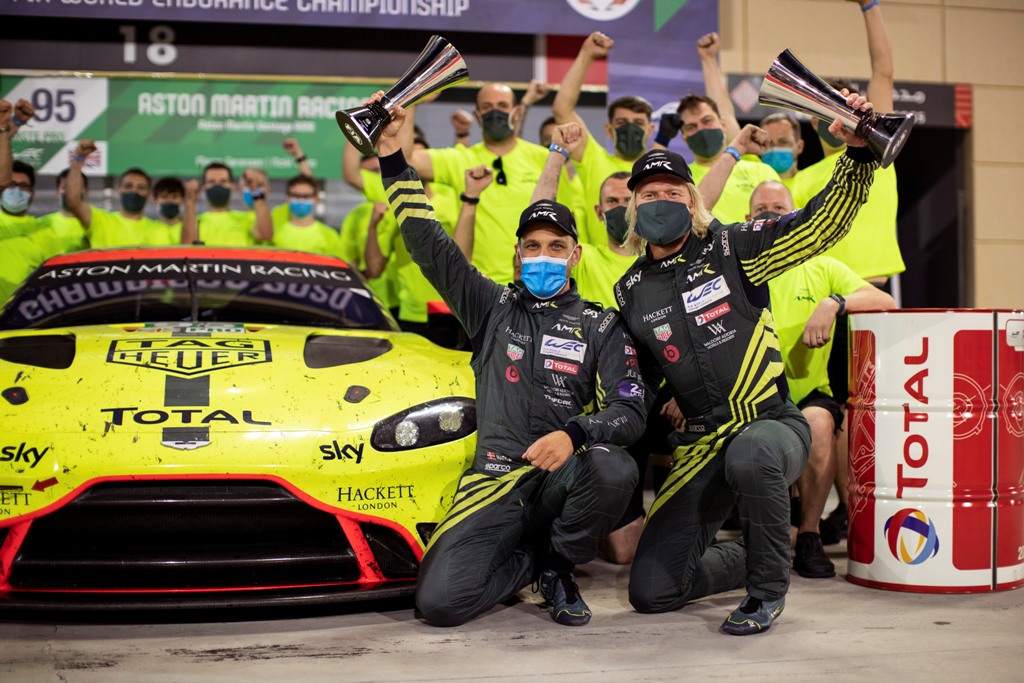 For the Danes, fifth place in the GTE Pro class in Bahrain’s finale was enough to give them a final total of 172 points, 12 ahead of team-mate Maxime Martin (BEL), who finishes the season as vice-champion, having won the GTE Pro class of the 24 Hours of Le Mans alongside Alex Lynn (GB). The Belgian finished fourth in Bahrain alongside Richard Westbrook (GB) who stood in for Lynn in Saturday’s race.

In only its second WEC season – and the longest in the sport’s history thanks to the COVID-19 pandemic – the Vantage GTE earned eight class victories and four in Pro, three of which were secured by Thiim and Sørensen in the 6 Hours of Fuji (JAP), the first 8 Hours of Bahrain and the Lone Star 6 Hours at COTA (US). 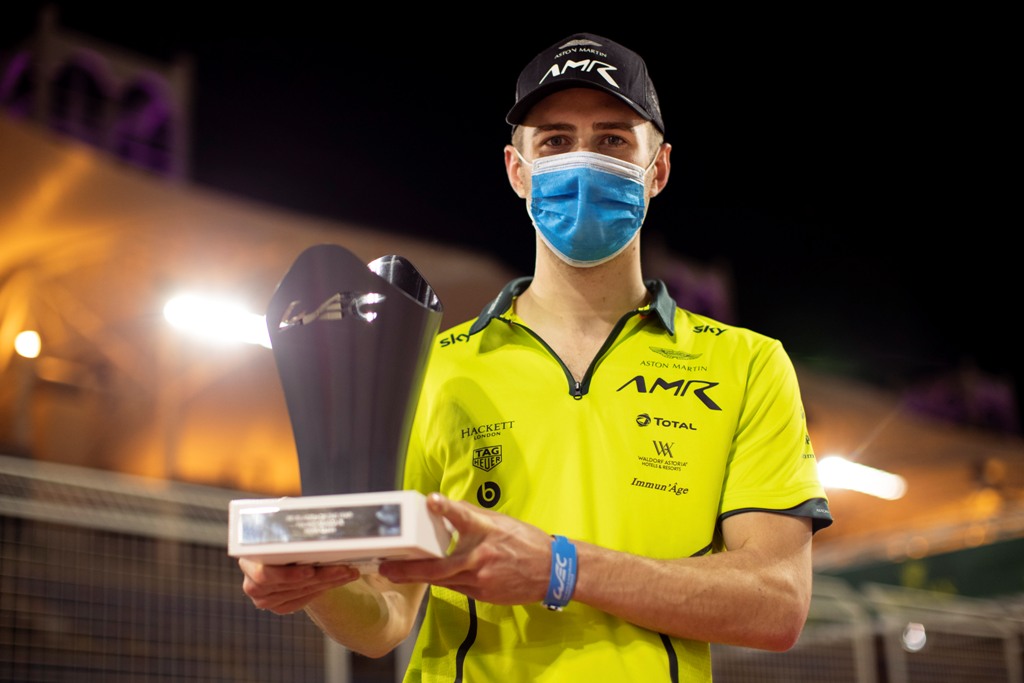 Those wins, coupled with their second place in the 6 Hours of Spa, third at Le Mans and the fifth place in China where they set the pace before misfortune struck, allowed them to fend-off a resurgence from their team-mates in the #97 Vantage. Martin and Lynn recorded a string of four podiums before their brilliant win at Le Mans.

“This feels incredible,” said Thiim. “We have worked so hard for what feels like absolutely forever to win this championship. It is all I have thought about for months, and it means everything to myself and Marco. The Vantage GTE has been the perfect car to race all season, and I am so proud that we are the ones that get to call ourselves champions for winning with it. I am now a two-time world champion with Aston Martin, and that’s something that will stay with me for the rest of my life. Thank you to the team, to Aston Martin, WEC and all the fans. What more can I say?” 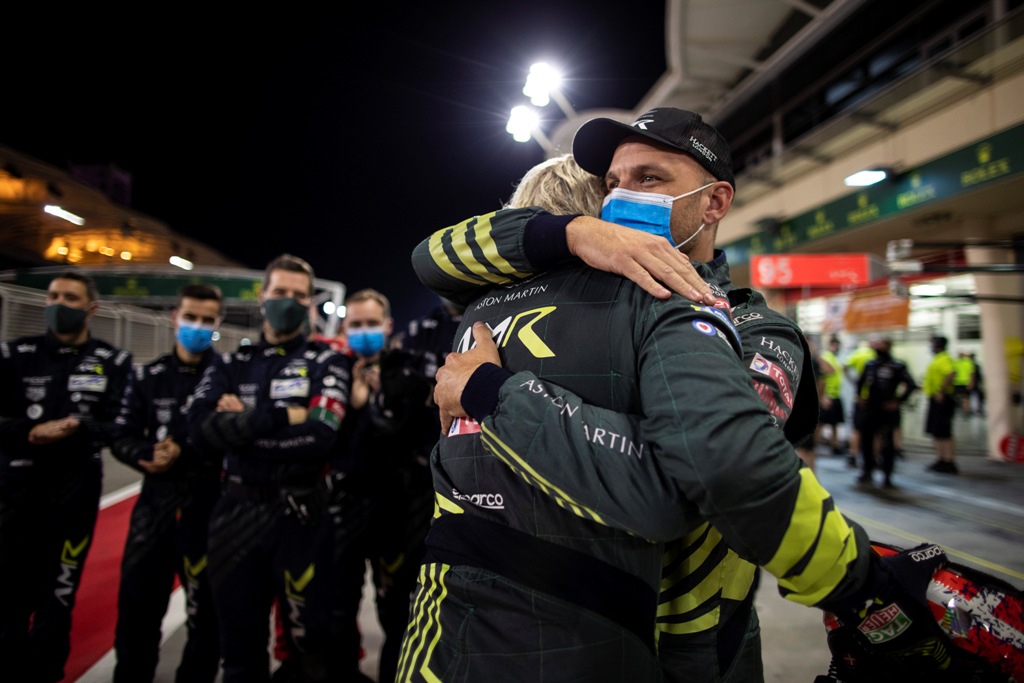 President Aston Martin Racing David King said: “We have known for a long time just how much potential was in the Aston Martin Vantage GTE. From its very inception in 2018, it was developed to win world championships, and it proved it at Le Mans in September. But to win so many accolades in only its second season of racing is something very, very special. This level of attainment rarely happens in motorsport, and you cannot overstate the significance of the achievement. We as a brand are immensely proud of what Aston Martin Racing has accomplished this season, and we would like to extend our thanks to the drivers, the team, our competitors and the FIA and WEC for a fantastic championship well played.”

Five Customers from Across the Globe Drove Their Own DB4 G.T. Continuation Cars at…