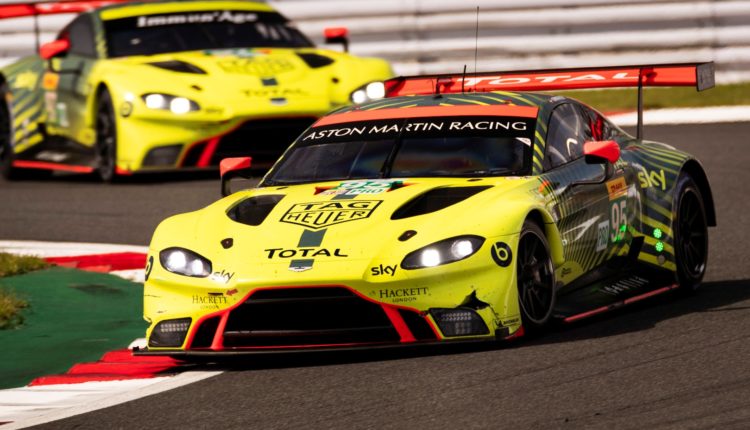 Sixty-one years ago, Aston Martin won the 24 Hours of Le Mans with Roy Salvadori and Carroll Shelby, as well as the World Sportscar Championship thanks to additional wins by Stirling Moss and Jack Fairman at Goodwood and the Nürburging in the DBR1/300. These famous victories ensured that Aston Martin defeated its rivals, Ferrari and Porsche. 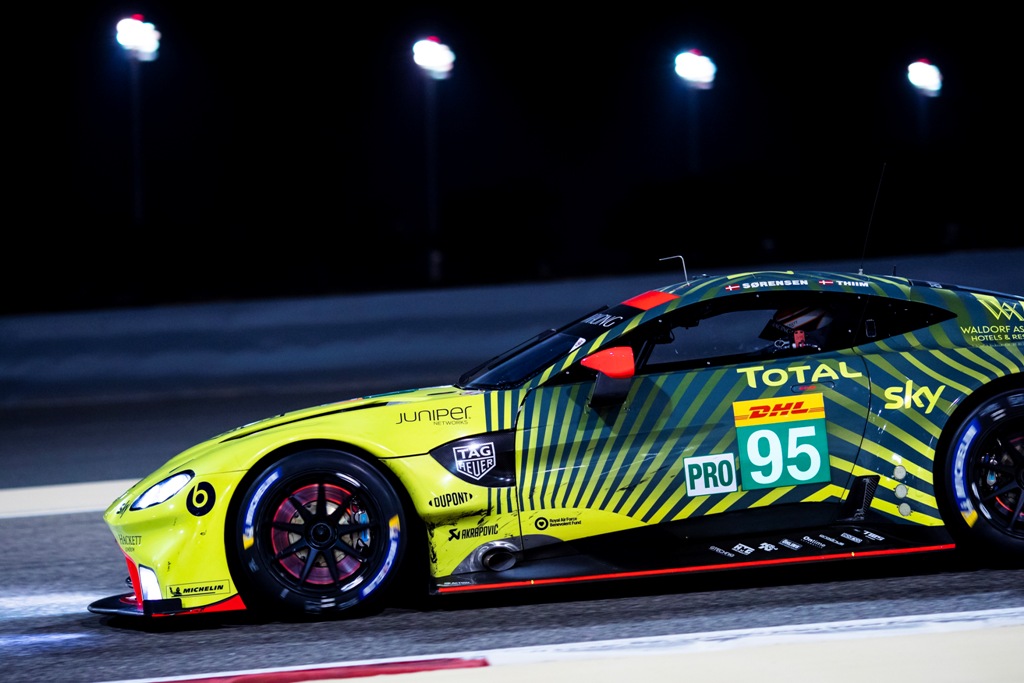 Six decades later and Aston Martin had done it again, clinching a historic double victory in both the GTE classes at the 24 Hours of Le Mans back in September, when Alex Lynn (GB), Maxime Martin (BEL) and Harry Tincknell (GB) delivered a brilliant performance to clinch the GT Manufacturers’ FIA World Endurance Championship crown, ahead of those same old adversaries Porsche and Ferrari.

The #97 Aston Martin Racing Vantage GTE Pro crew’s win was their first of the season, which has been the longest in FIA WEC history due in part to the Coronavirus pandemic. The result also moved the drivers back into contention for the GT FIA World Endurance Drivers’ Championship, 15 points behind team-mates and series leaders Marco Sørensen (DEN) and Nicki Thiim (DEN) in the #95 car.

Unfortunately, only Martin will be able to compete alongside the Danes for the world title after Lynn received a positive test for Covid-19 last weekend and has therefore not travelled to Bahrain. His place in the line-up has been taken by Richard Westbrook (GB), who was already expected to race with the team in the #98 Aston Martin Racing Vantage GTE Am entry.

“It’s incredibly disappointing to end the FIA World Endurance Championship season in this way,” said Lynn, who is self-isolating at home. “Especially after the amazing high of the Le Mans victory that brought us back into title contention. I wish all my team-mates the best of luck this weekend, but especially Maxime and Richard.”

Thiim and Sørensen have been the on-form driver pairing this season, with three victories and two-second places from seven starts. But with the eight-hour race worth 1.5 times the points of a normal six-hour event, meaning for the second time this season there are 38 points available for a victory plus another for pole position, there is no room for complacency particularly since one for the drivers from Ferrari’s leading GTE crew is also within striking distance.

“It comes down to this,” said Thiim, “after all the blood sweat and tears that have gone into this both from the team, who have already won the manufacturers’ championship with this amazing Vantage GTE and from the drivers. This is what you dream about as a driver, the chance to fight for a world championship. To have done it once with Marco in 2016, and to have the chance to do it again is simply amazing. But we still have a job to do, eight hours is a long time in motor racing, and we have a big fight on our hands. We will give it everything.”

2017 WEC GTE Am champion Pedro Lamy (POR) rejoins Paul Dalla Lana in the #98 Vantage GTE alongside Ross Gunn (GB). A veteran of 17 victories in the class, Pedro makes a welcome return to the GTE Am line-up as the crew goes in hunt of a victory to round-off the season in style.

TF Sport became the first customer team to win the GTE Am class of the 24 Hours of Le Mans with an Aston Martin in September and in doing so moved to the top of the FIA Endurance Trophy for GTE Drivers’ and Teams’ standings. It means that works drivers Jonny Adam (GB), Charlie Eastwood (GB) as well as Salih Yoluc (TUR) have an eight-point advantage going into the finale.

Aston Martin Racing Managing Director John Gaw said: “We go into the final round of the 2019-20 WEC with drivers in contention for the world title, which is an exceptional position to be in and a testament to the depth of quality and hard work delivered throughout the team. That Alex is not able to join us is hugely disappointing for everyone, and we wish him well. Now we must focus on completing the job and ensure that we come away from Bahrain having delivered on our mission to win both GTE world titles.”

If they win the championships, and one of Aston Martin’s Pro crews prevail, it will be only the second time in the sport’s history that a manufacturer has won both GTE classes at Le Mans as well as all four GTE FIA WEC titles.

Aston Martin Racing President David King said: “We are delighted to have won both classes so comprehensively at Le Mans, which contributed to us being able to secure the Manufacturers’ title before the season finale. We are now looking forward to trying to put the icing on the cake and being able to secure both the Pro and Am drivers’ and teams’ championships would crown a remarkable season for Aston Martin, and our best results in endurance racing since 1959. But whatever happens this weekend, we can leave 2020 secure in the knowledge that we are the top GT manufacturer in sportscar racing.”

Are Consumers Around the World Open and Ready for Future Mobility Solutions?

Ford Ranger: A Truck That’s Been Built to Last