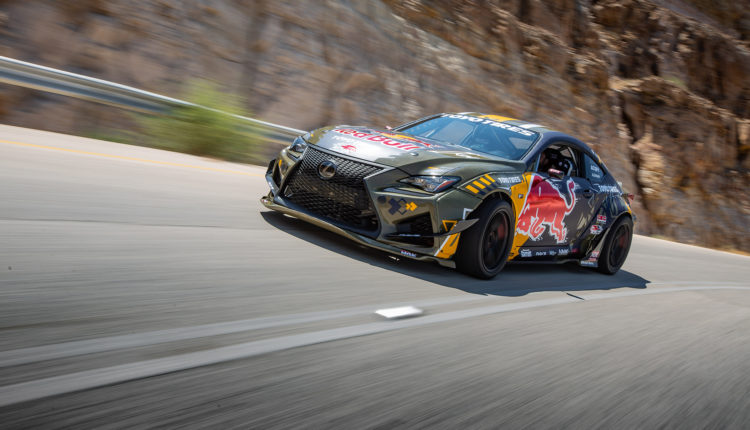 Al-Futtaim Lexus today announced that Top UAE drift star, Ahmad Daham, has again teamed up with UAE Lexus distributor, Al-Futtaim Motors, this time to develop the most powerful, most advanced Lexus drift car on the planet.

The thoughtful build set out to not only develop on the success of his previous RC F Drift effort but also to showcase UAE’s top-flight performance-craft to the global Drift community. This Red Bull athlete’s latest FIA Drift-spec machine is a 1,200hp RC F-based weapon weighing 1250kg/2755lb – covered in a bespoke featherweight Carbon Kevlar body shell. 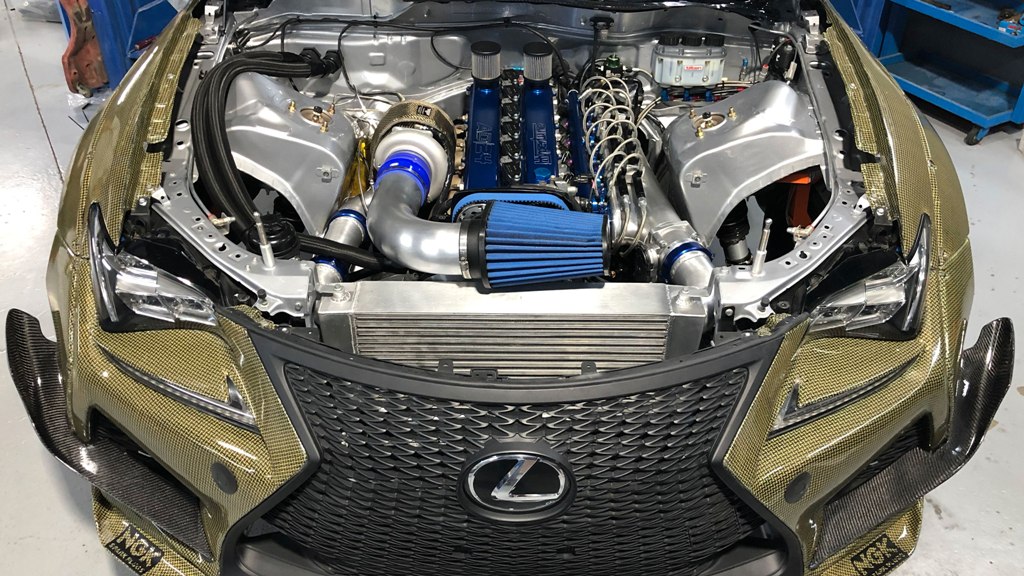 Moreover, there was a purpose and a focus to this build beyond just raw power and speed. Daham’s RC F Carbon Kevlar, which he hopes to be campaigning in drift championships around the world, involves obsessive attention to detail in the chassis, powertrain, and presentation that elevates the craft of its execution to mirror Lexus levels of Takumi car-building.

The result is a unique, world-class drift car that, even in a region renowned for high-power ultimate-level builds, is truly exceptional.

Daham chose the Lexus RC F as the platform for his latest project after building his first RC F drift car which thrilled the crowds on its debut at The Goodwood Festival of Speed in 2019. 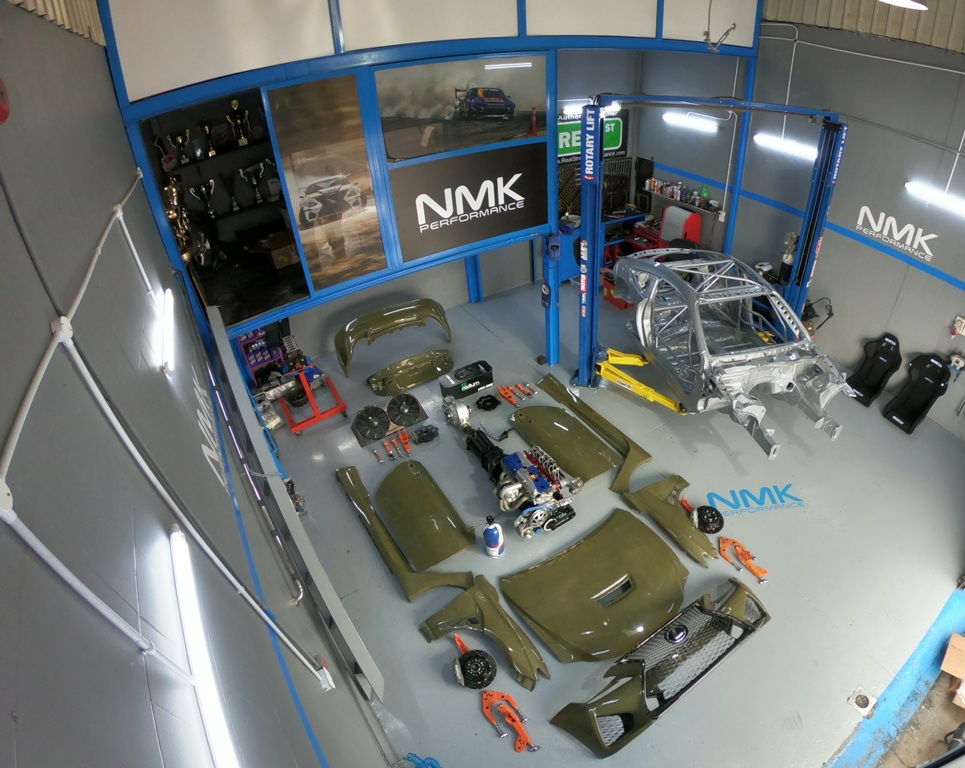 “I am honoured to be partnering with a brand like Lexus. I am thankful for the support the team have provided me as I built the new RC F Carbon Kevlar for the upcoming season. This car is so much fun to drive, and I cannot wait to push it to its limit. We learned a lot in 2019 as we kept a ‘Kaizen’ philosophy in our research and development. I look forward to another successful season and am confident with this partnership, we will be able to achieve all our objectives,” said Ahmad.

This second car has many refinements over the first RC F drift car, not least because Daham had more time to build it. The first car was conceived and made in a record 70 days and stands as a testament to the builder’s capability and resourcefulness.

The weight loss over the standard RCF was achieved by thoroughly rethinking the stripped platform and then fabricating this race vehicle using materials focused on weight reduction. Also, the mass was more optimally positioned in the chassis to support the car’s drift mission. The locally fabricated “Python Garage” made super-light Carbon-Kevlar body panels helping the whole car shave more than 500kg. of the showroom RC F as part of the mission to achieve a weight that is competitive amongst other drifters

The power part of the equation has been provided by inserting a heavily tuned – 1,200hp is four times the standard output – version of the tuner-favourite 2JZ straight-six single turbo motor in place of the standard car’s naturally aspirated V8.

The iron-blocked 2JZ motor, which drives through a four-speed Samsonas sequential gearbox and twin-plate Competition Clutch, was chosen due to the wide variety of readily available tuning parts. 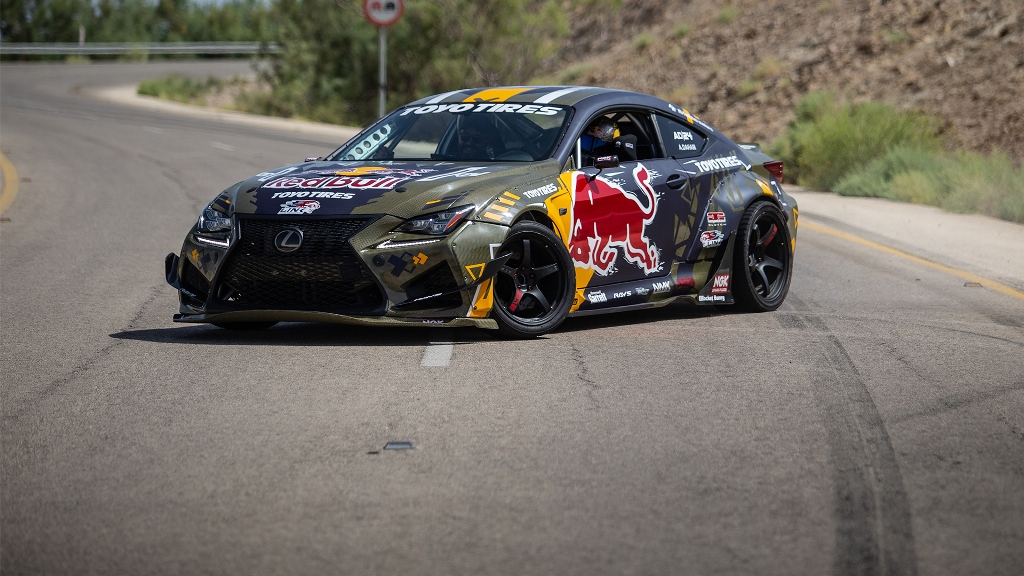 The 2JZ’s legendary robustness, compact size and familiar architecture have made it a proven source of motivation for high output drift efforts around the globe. Ahmad’s years of familiarity with this engine also helps make it easier to tune, modify and adjust quickly at drift events.

A Titan Motorsport dry sump has been added to improve reliability and a Nitrous Express 200hp kit bolted on to help spool up the turbo and cool the intake charge.

Since keeping a close eye on all these systems is critical to drift success, Daham has included his preferred equipment from New Zealand’s Link company – a Thunder ECU and MXS Strada dash.

With the power and the weight where Daham wanted them, he turned his attention to the chassis tuning to make the most of the changes.

The most significant alterations include swapping the rear differential for a Winters unit – purely to enable swift trackside ratio changes. And the replacement of the brakes with Wilwood racing callipers, to reduce unsprung mass – which allows faster changes of direction. 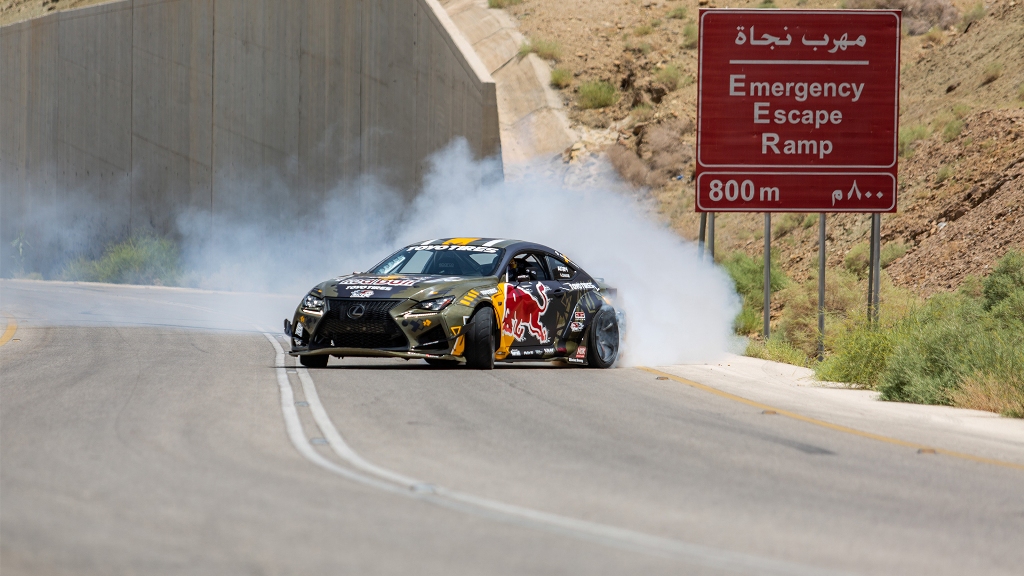 FIGs Engineering was tapped to make the angle kit, a drift car essential. Three-way BC racing coil-overs are used to allow adjustments to both rebound and compression damping to enable Daham to perfect his set up.

The finishing touches are a set of Japan’s most excellent Rays Engineering 57CR wheels riding on TOYO TIRES PROXIES R888R.

The build started in January of 2020. Our initial research and planning were based on my participation in the Oman International Drift Championship, with the V8-powered RC F – Which made us more aware of the platform we’re working on. It was set on what parts needed to be fabricated and developed by our partners in the U.S and Europe to improve handling and reduce weight with the new build.

Fabricators and mechanics got ready and were eager to start building the long-awaited race car. Everything was prepared to make sure we maintain momentum to finish the car on time… but right before they went to sleep that night, the global COVID-19 pandemic hit my team and me, and on top of that, a full martial law lockdown in Jordan, banning any vehicles from going on the road. Meaning, all the custom-made parts from around the world either never arrived in the country, or landed, but were not obtainable. That was an unexpected turn of events, where there is no longer a known date to anything.

Once a few days have passed through the quarantine, and we confirmed safety, the team and I decided to get back to work, literally cycling our way to the garage. Me, living the furthest, I had to cycle an hour and a half every day, to overlook the build every step of the way, accidentally becoming a fan of cycling.

On the brighter side, with the cancellation of the scheduled competitions, the team had more time to dig into further details, fine-tune the work and take this build to a different level from what was initially planned. 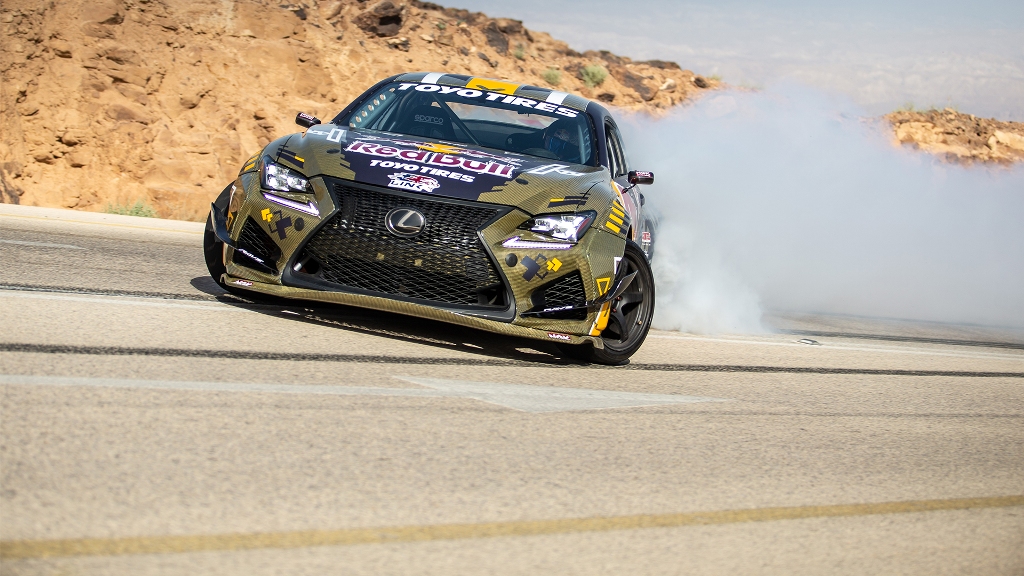 The lockdown has been lifted, and we were told that we only have a 3-days window to use our pre-submitted roadblock requests that we initially planned for the reveal filming. The revealing film was the RC F’s first-ever showdown, where during filming it, I was going back and forth into fine-tuning and adjusting the car and at the same time, getting mind blown by what the team was able to build under all the tough circumstances we had to go through. I couldn’t be happier.