Rolls-Royce speaks with award-winning National Geographic photographer and explorer Cory Richards, in the latest in a series of ‘Inspiring Greatness’ films created by the marque. Inspiring greatness is central to Rolls-Royce’s philosophy, from hand-building each motor car at the marque’s Global Centre of Luxury Manufacturing Excellence at Goodwood in West Sussex, to creating an Application named Whispers, specifically to inspire greatness for clients around the world.

The film explores Richards’ insight on risk-taking and striving for perfection, an affinity he feels he shares with Rolls-Royce. From a challenging childhood to summiting Everest without the use of supplemental oxygen, Richards’ life has followed an irregular path. His photography has taken him across the world – from the unclimbed peaks of Antarctica and the Himalayas of Nepal to the forgotten war zones of Angola, Uganda, and Pakistan. In 2011, he climbed Pakistan’s Gasherbrum II, making him the only American, and one of only a few people, to climb the 8,000-metre peak, in winter. It was on this climb that he survived an avalanche on the descent, taking an extraordinary photograph of himself just moments after his recovery.

In 2018, Richards took part in ‘The Final Challenge’ which followed his journey to some of the most remote parts of Scotland, the United Arab Emirates and the United States of America in a camouflaged Rolls-Royce Cullinan, testing it to the point of destruction and ultimately proving it highly capable on all types of terrain. Richards documented the challenge as Cullinan undertook these final trials ahead of its world debut in May 2018. 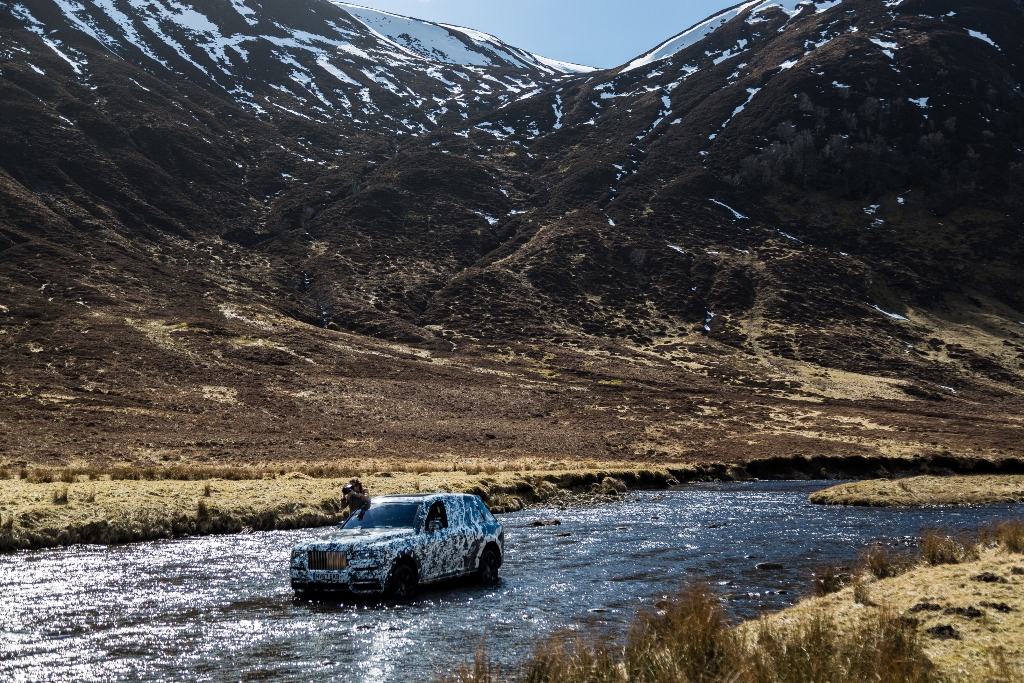 Torsten Müller-Ötvös, Chief Executive Officer, Rolls-Royce Motor Cars, commented, “Cory Richards is an extraordinary individual. His skill behind the lens is unquestionably inspiring. The Final Challenge, documenting Cullinan’s final gruelling testing phase, perfectly captures Cullinan’s Effortless, Everywhere nature, in some of the world’s most spectacular locations. This was a historical episode in Rolls-Royce’s history – and such a notable and talented photographer captured one that we are delighted.”

Cory Richards, the Adventure Photographer, commented, “Everything I do is driven by risk-taking. If we don’t take risks, we don’t fail, and when we don’t fail, we don’t learn. Rolls-Royce, to me, occupies a space that I resonate with in terms of perfection, where there is the absolute attention to detail that is unrivalled. There’s a willingness to take time to create something that is beyond compare that encourages us to dream about what we can accomplish.”

New Rolls-Royce Phantom Has Been Created with Million…