The 2020 Defender vows to wade its way through whatever challenge you might come across, and it’s brought some comely high-tech tools to do it better than ever. 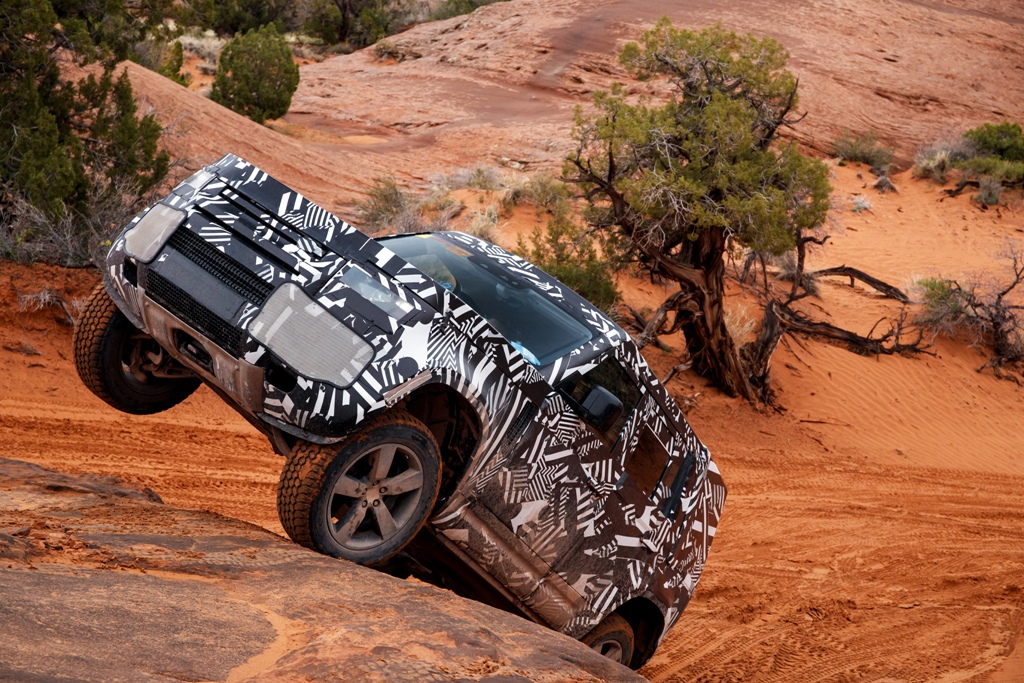 The 48-volt power system makes it a mild hybrid, supporting the engine with electric power. It is loaded with an electric supercharger for extra power, an optional self-healing wrap that erases small scratches, and robust connectivity features that the automaker says will swat away hackers as effectively as the 4×4 dispenses with snow, mud, and ice. 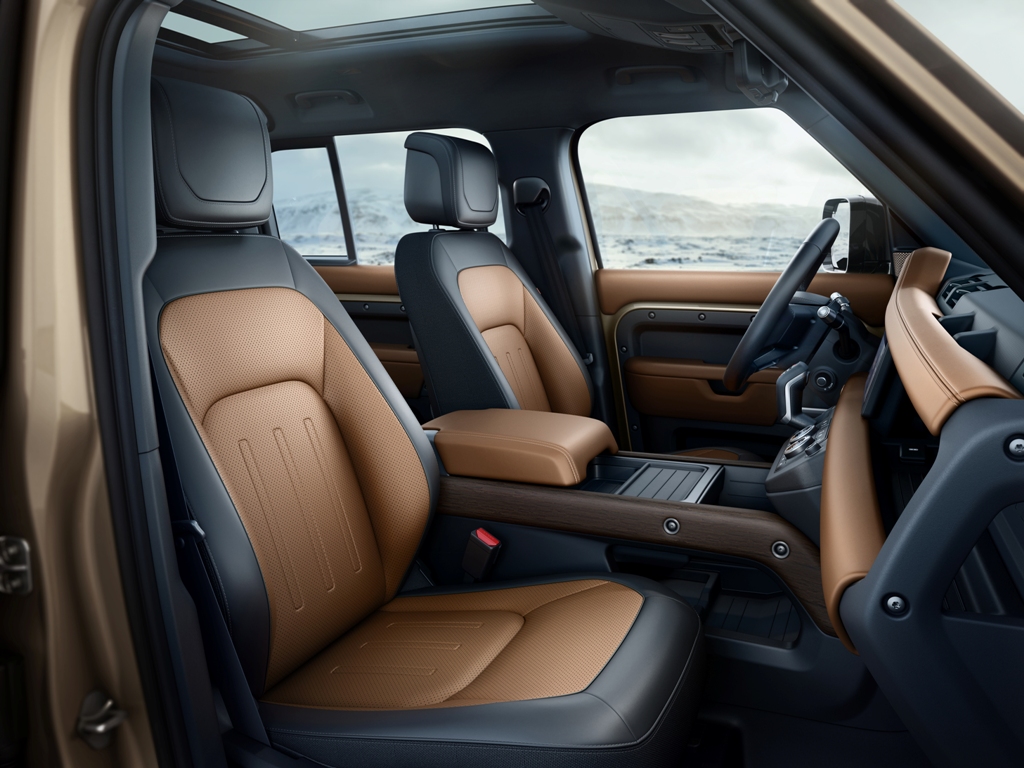 The new Defender hits showrooms in two options. The two-door Defender 90 and four-door Defender 110 will each come with different trim levels and accessory packs to suit various adventures.

Always on and always ready, the new Land Rover Defender features some of the most advanced technology to date, perfect for 21st century adventures.

The two-engine variants comprise a 296-horsepower, four-cylinder turbo, and an inline six-cylinder that utilises the 48-volt power system to generate 395 horsepower and 406 pound-feet of torque.

The surround-view system now utilises a more robust graphics processing unit to replicate the terrain around the vehicle and allows users to spin the view around quickly. The camera and ultrasonic sensor data join forces to “paint” the landscape, stitched together into a single image. This works well when you are trying to squeeze your car into your garage, but probably essential for off-roading, where limited visibility means you don’t see that rock blocking your path forward.

This very system allows for granular steering control while dealing with trailers—always a pain. The driver can use the steering wheel if he directs the vehicle with a whirling dial that’s synced up to the camera view. The system then calculates which direction to point the front wheels to aim the Defender toward the trailer for hitching it to backing the whole shebang into a designated parking area.

Modern vehicles, this one included, have a bevvy of connectivity functions. Passengers sync up their phones, streaming music and services via onboard Wi-Fi. Moreover, system updates are automatically downlaoded. 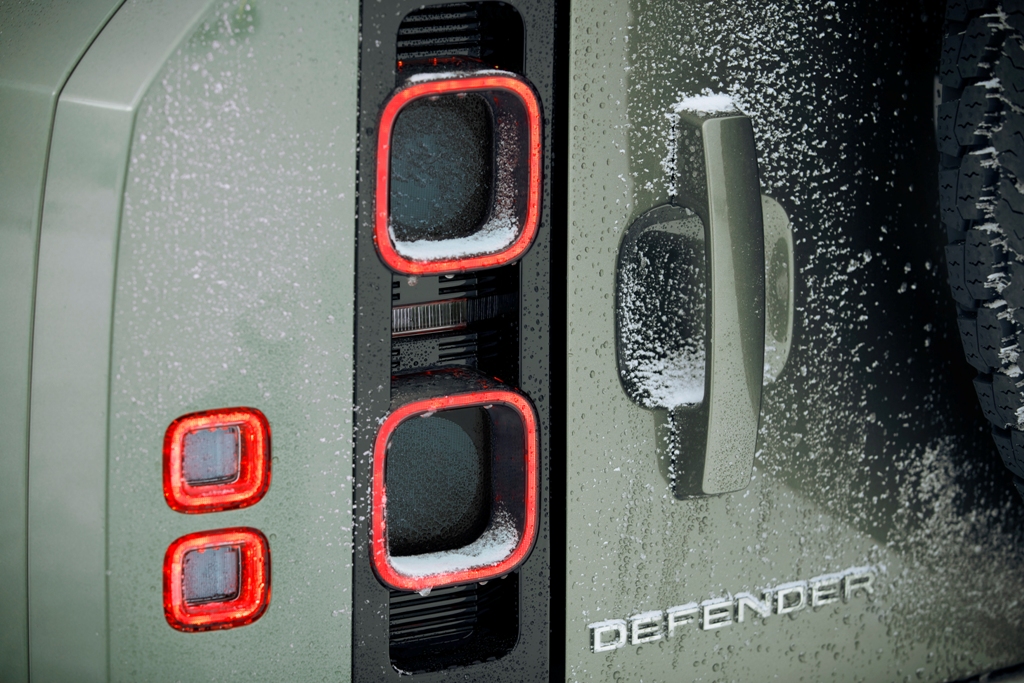 To protect the Defender and train it against a cyberattack, Land Rover‘s team split the car’s systems into 14 modules, each individually protected. Moreover, they can be remotely updated, so the driver does not need to leave the mountains and head to the local dealer to get the latest defences. 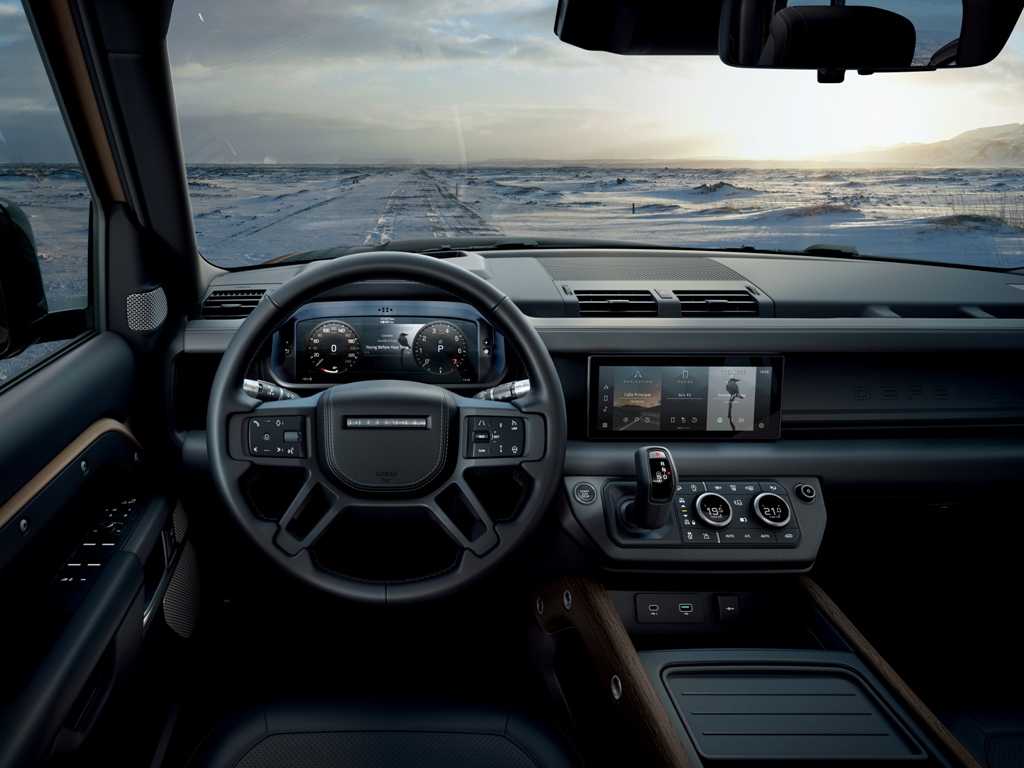 More uncomplicated innovations incorporate the available, stowable centre jump seat when you fancy having three people upfront. And if you are not a big fan of cameras, then opt for the Defender 90 with the canvas roof: Roll it back, stand up in the back seat and take in your surroundings the old-fashioned way. 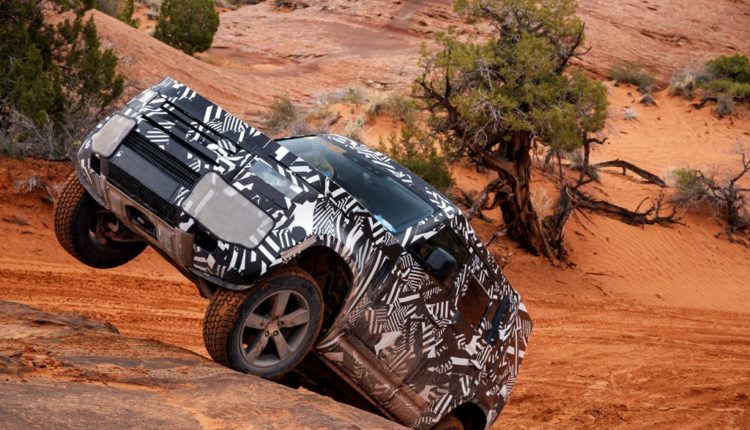 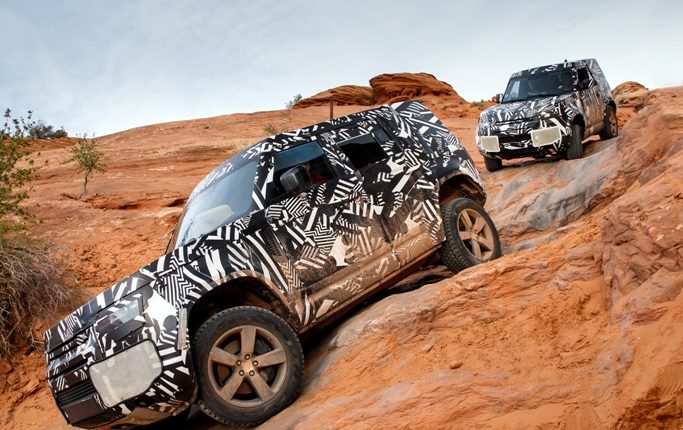 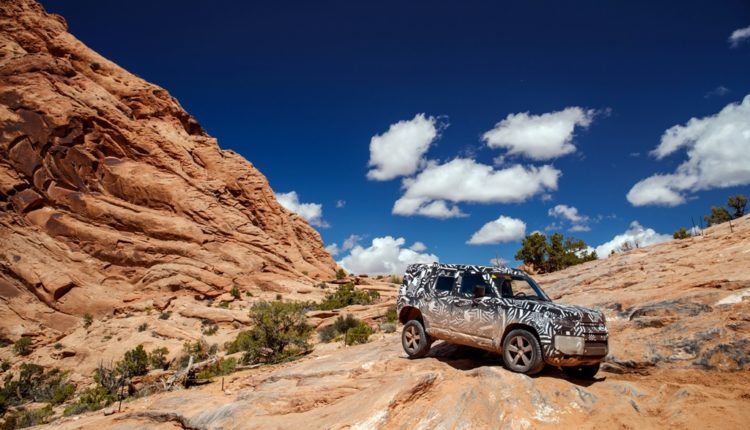 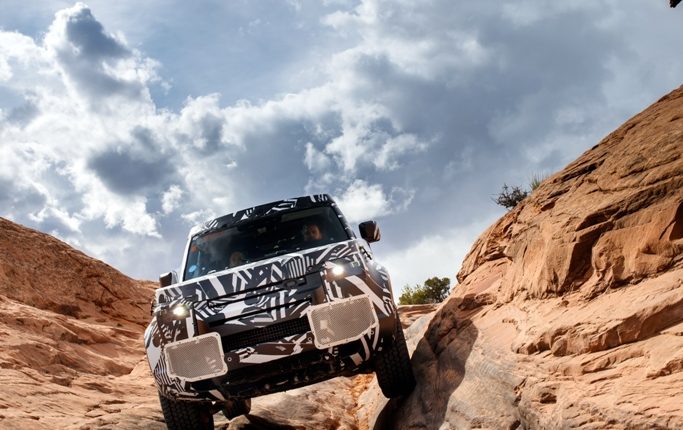 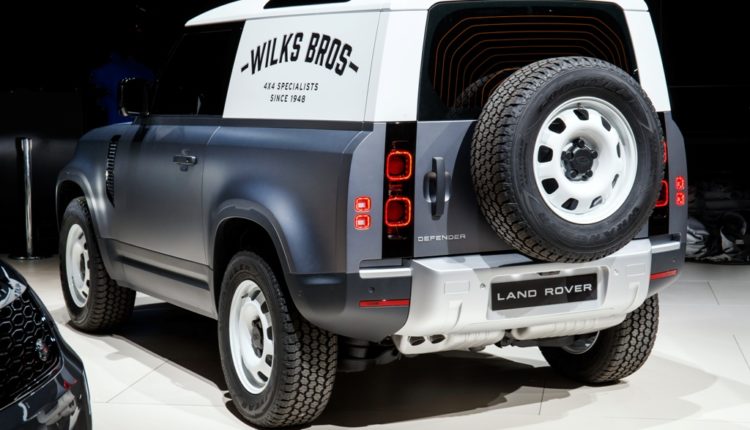 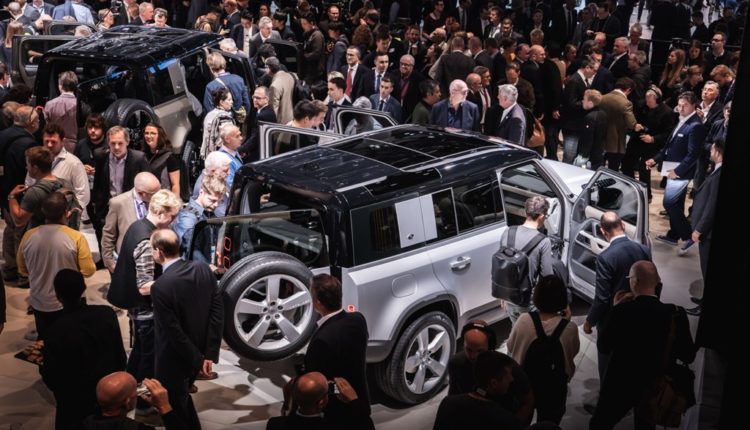 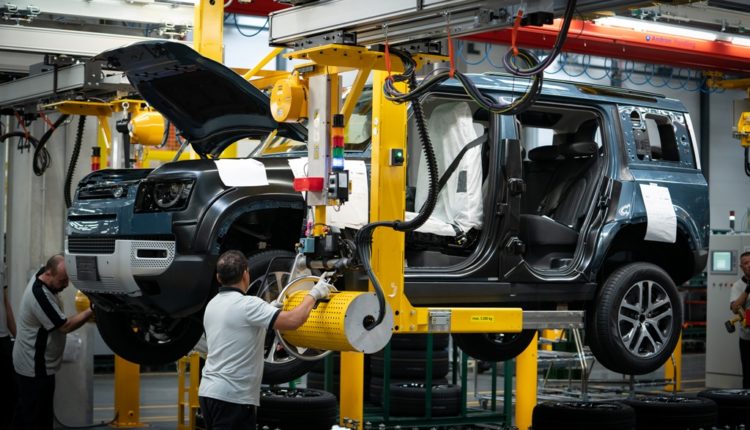 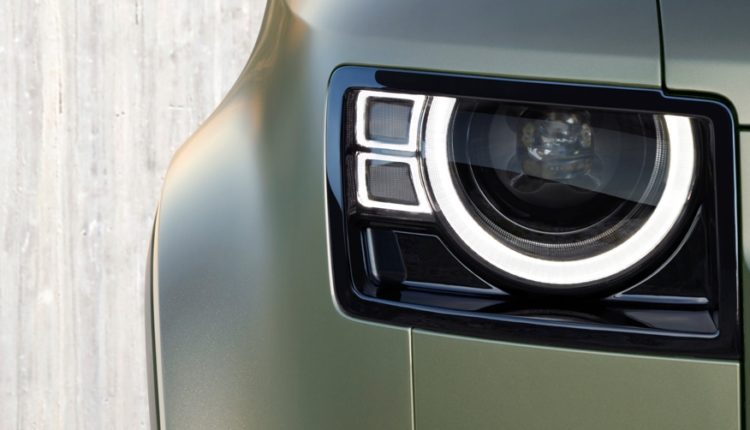 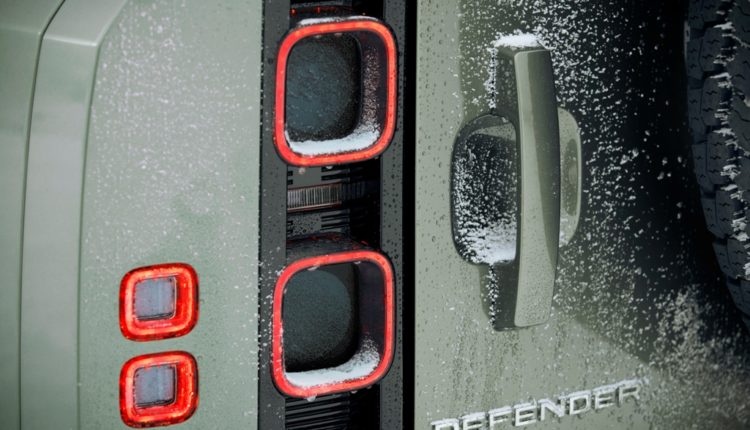 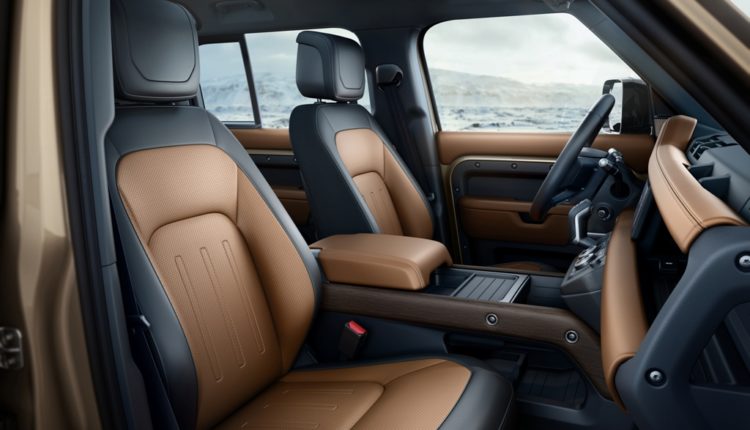 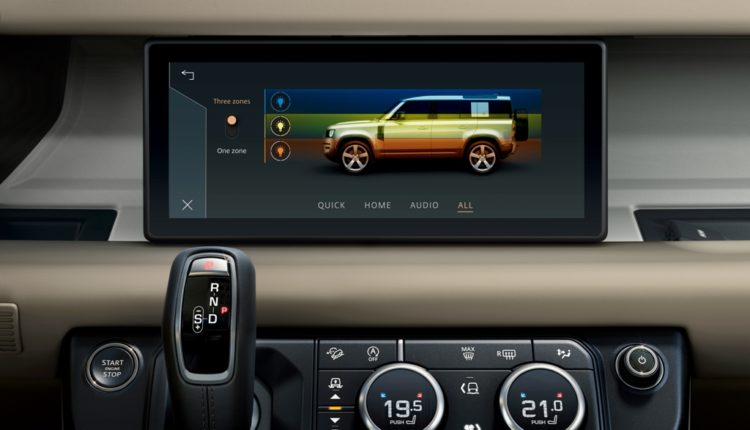 Land Rover’s new infotainment system, called the PIVIPro, will stay powered on via a backup battery instead of booting up every time you turn on the car, so features like the backup camera and the navigation system are immediately available. PHOTOGRAPH: LAND ROVER 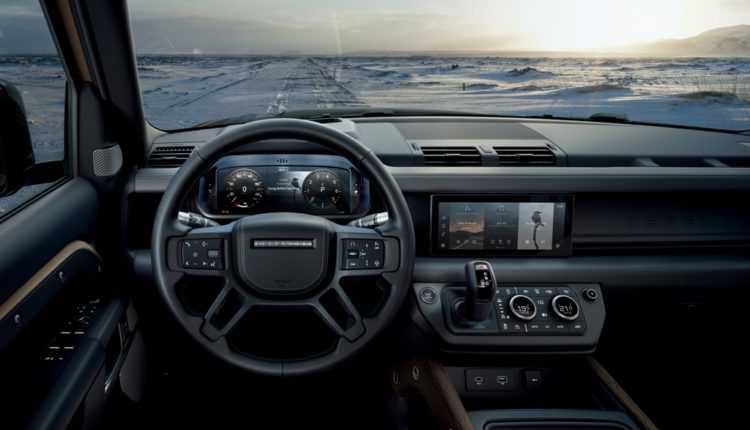 Land Rover Creates a Unique Rhino Design in Trafalgar Square, London, as Part of the…

History of Land Rover – Above & Beyond